I’m not really a fan of MyFroggyStuff, I find she uses things that are either very difficult to find or quite expensive, and too many printables for someone who can’t afford to print $3 a page at the library like me! But this is a cute idea, I like the ‘book’ aspect.

Anyway. I went to the market recently, so of course I picked up some Barbie things. And then I went to the outlet mall, the furniture store, the supermarket and then to work… It was a busy day! (No wonder I never get any studying done!) 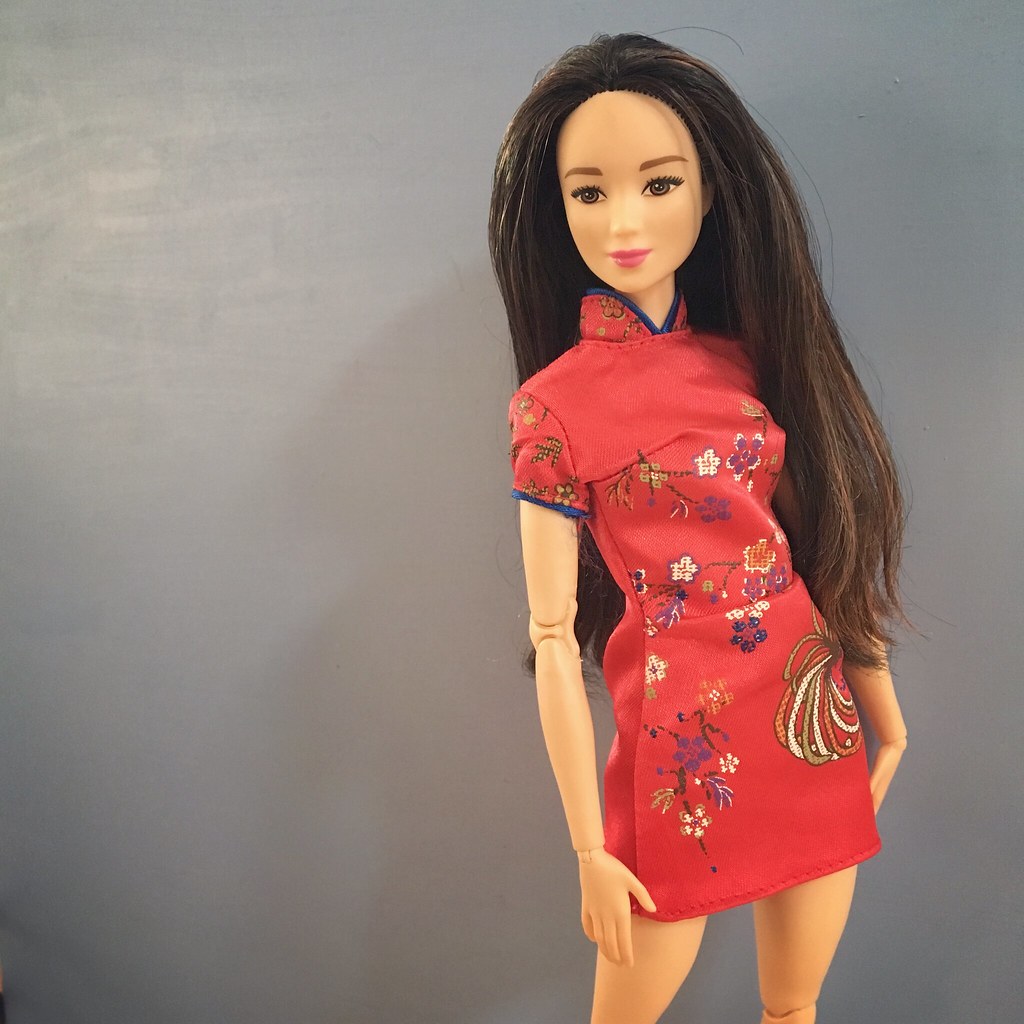 This dress was $1. It was sitting on some scungy looking 2007ish doll who had pen all over her face. I asked the seller how much for just the dress. The seller was horrified! “Why would you just want the dress?” she asked me. Uh, I don’t know, maybe because this is a trashed-up doll with pen everywhere? I just explained it was something I’d been looking for. She gave me a look which said ‘you are a very strange person.’

She eventually caved in and let me have it for a dollar.

Ugh. It just annoys me because the seller treated me as if I was some weird person, not a customer. They weren’t polite at all, and the whole experience was yucky. 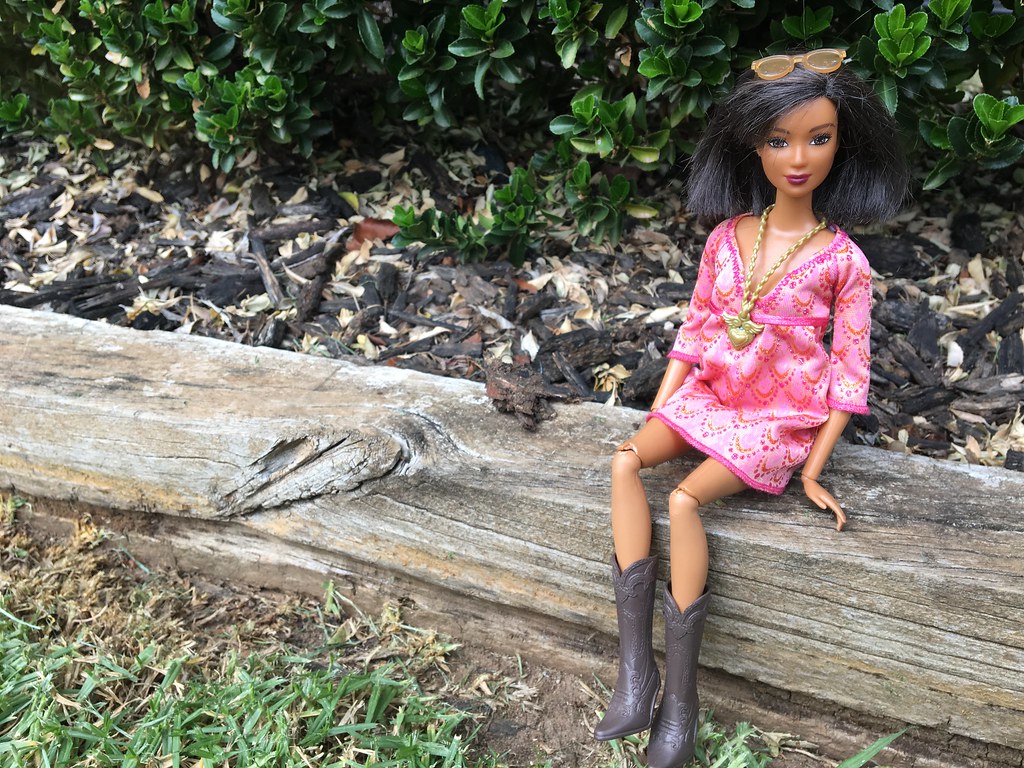 I also got this 2009 Fashionista Artsy dress. AHHH!! I have desperately wanted this dress for years! It was $2, and I found it on this ratty AF doll with the longest, dirtiest hair ever. She had the Superstar face mould and a fringe that stuck up everywhere. The seller wouldn’t let me buy the dress just by itself, so I bought the doll as well and chucked it away in the dumpster in the carpark. I did ask the seller if she wanted the doll back, but she laughed and said ‘no way.’ 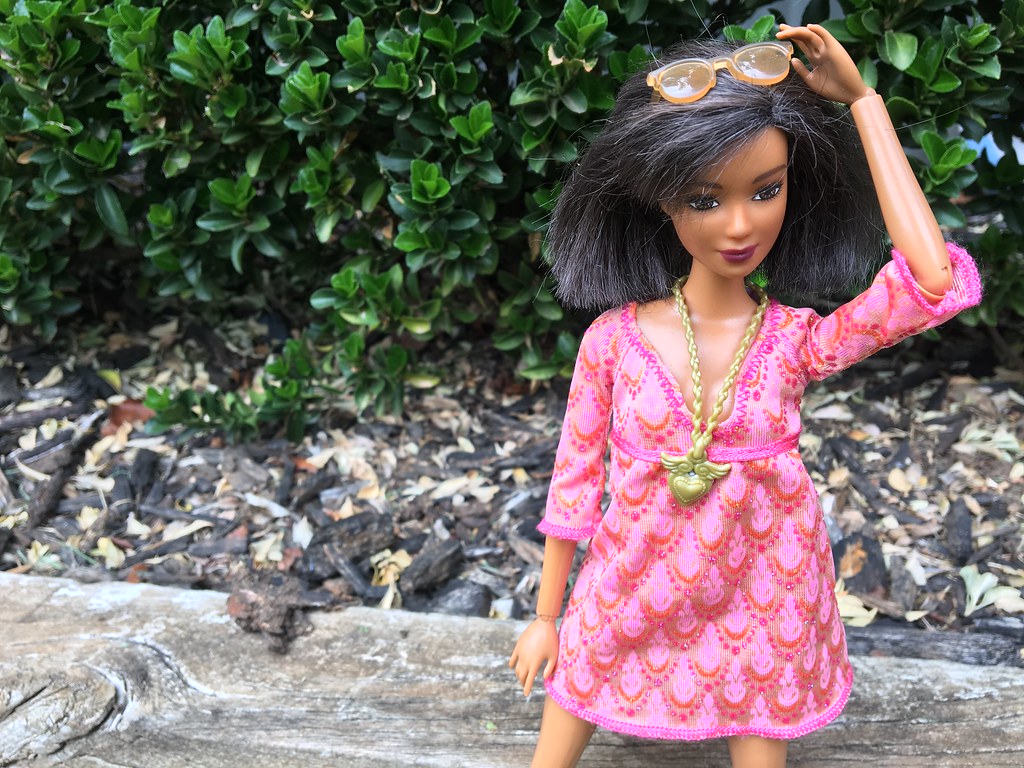 I tried to style the dress like the proper doll, with sunglasses, a brown necklace and brown sunglasses. All I’m missing is a belt! 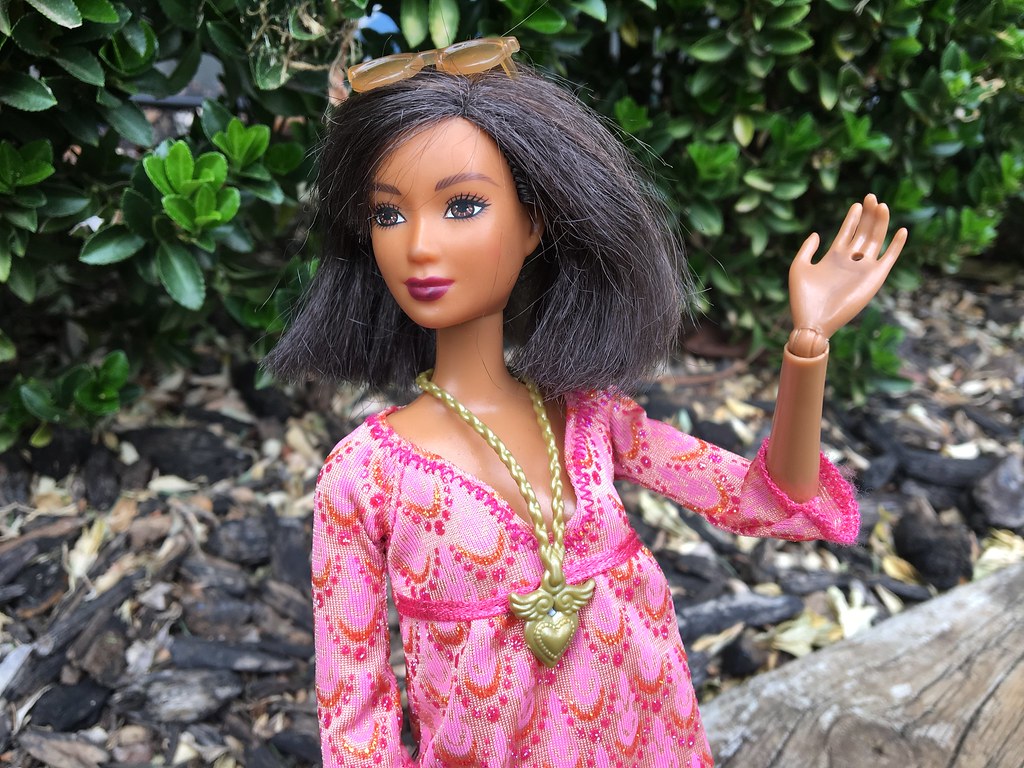 This really is such an iconic dress. It’s gorgeous, but it’s also really special because the first wave of Fashionistas were just so important and a big change for the Barbie brand. It’s crazy how it’s been almost ten years and the Fashionistas line is still going strong! It’s changed so much! 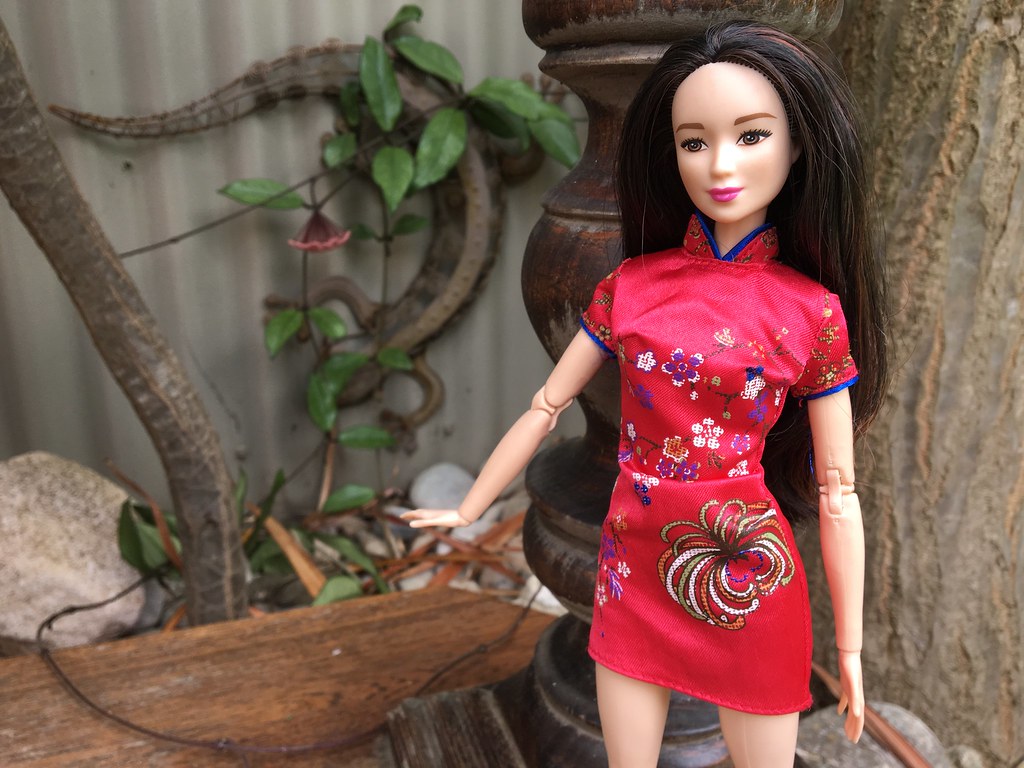 When I first saw this dress, I immediately thought of Drew from Fashion Fever Wave A. Turns out it is not Drew’s dress after all! It was definitely produced around that time though, as it has a ‘genuine Barbie’ label and the quality is really, really good. I’d say it was made around 2000-2005. 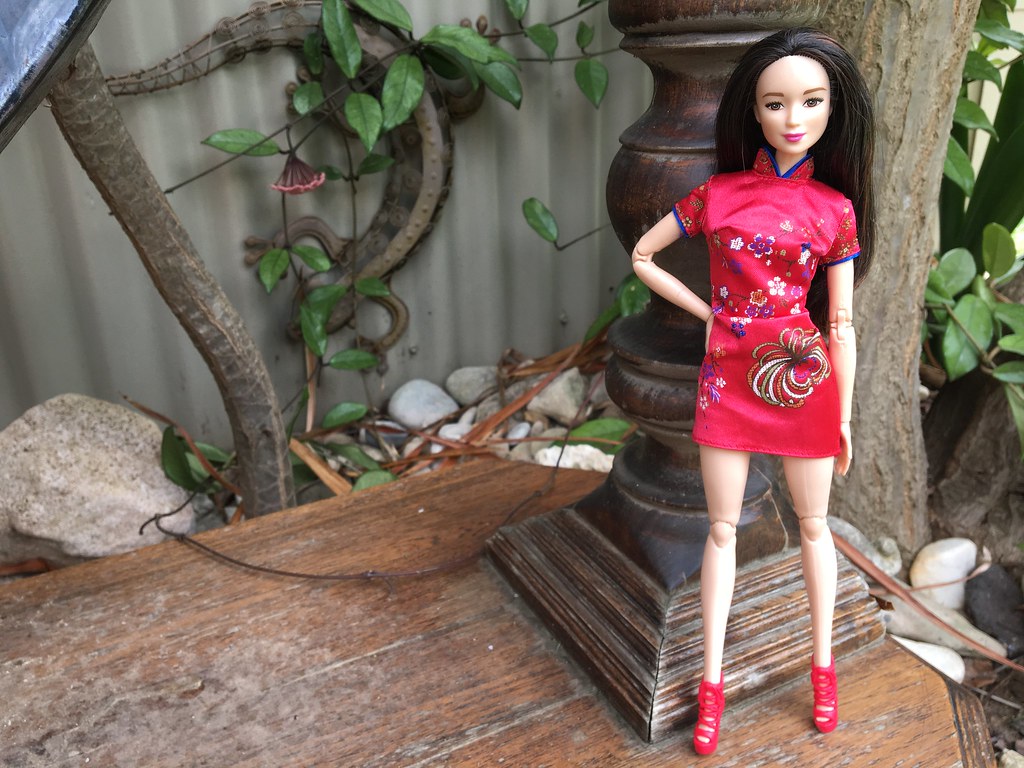 When I googled it, I did find an image of the dress, but there wasn’t any information about it. 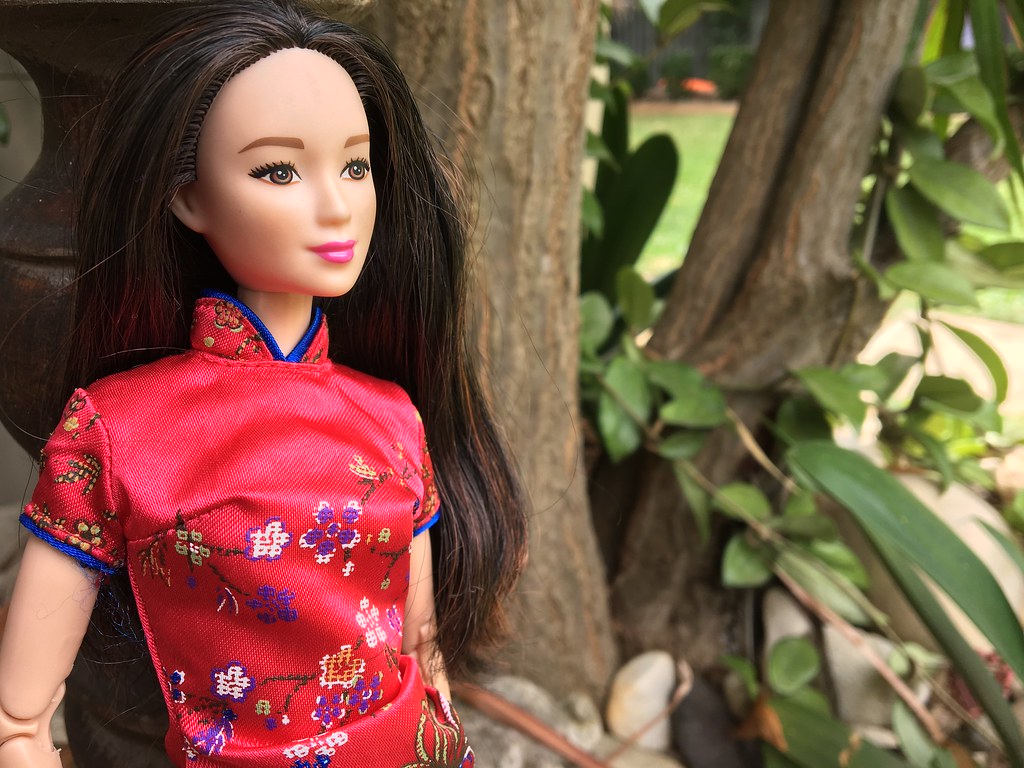 While it wouldn’t work for an everyday outfit, it still is really cute -even if I have no idea when my dolls will have an opportunity to wear it! Perhaps I can style it to make it look more casual? A black leather jacket, maybe?

After the market, I also went to Big W and while there wasn’t anything new in the Barbie department (which is probably a good thing, because I really am trying to save money), I did notice how they changed two DVD covers. 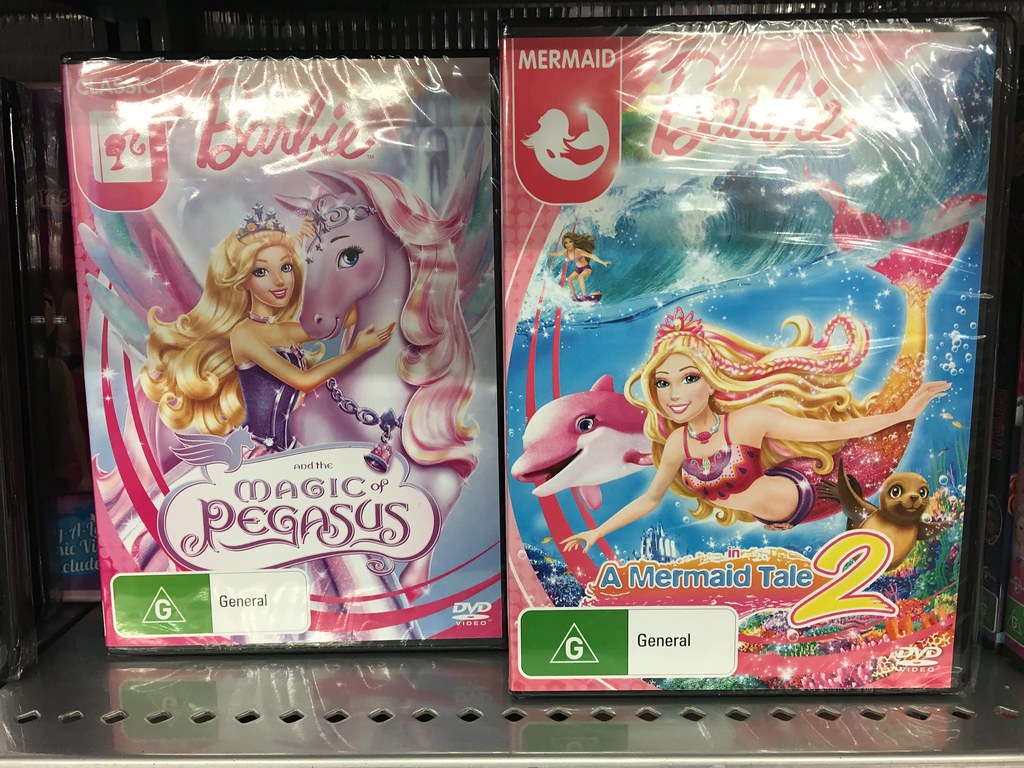 Barbie and the Magic of Pegasus has had a major change -I don’t really like the cartoony look, and it looks as though they just stuck Catania on there from Barbie Mariposa and the Fairy Princess, which is a bit lazy, but maybe I’m wrong. They also added ‘classic’ on the top. I suppose the cover of Pegasus did look a bit outdated, especially compared to all the newer kids films on the shelf.

Barbie in a Mermaid Tale 2 was changed also. The logo was moved to the bottom of the DVD cover, which I absolutely hate. Ugh! Move it back, please! They also added ‘mermaid’ to the top. Why does Mattel feel the need to ‘categorise’ the movies?

UPDATE: So a kind Instagram user told me the red dress comes from the Instant Message Barbie! (shameless self promotion here, but my Insta is hollythepanda_ so if you’d like to help me reach 400 followers, head on over!)

I remember seeing an ad for this in a Total Girl magazine (it’s a preteen magazine that I was absolutely obsessed with) and thinking ‘OMG I MUST HAVE THAT!” Seriously, aren’t the fashions just the best? A plaid skirt over jeans, gosh, don’t I remember rocking that trend, haha! The bags are really cool, too, much better to bring to school than a handbag! How are you supposed to fit a laptop in that?