The next day, the first day of the holidays, Holly and Aimee are all packed for Camp Royalty. They will be taking a luxury cruise liner to get to Princess Charm School; the trip shouldn’t be more than 24 hours. 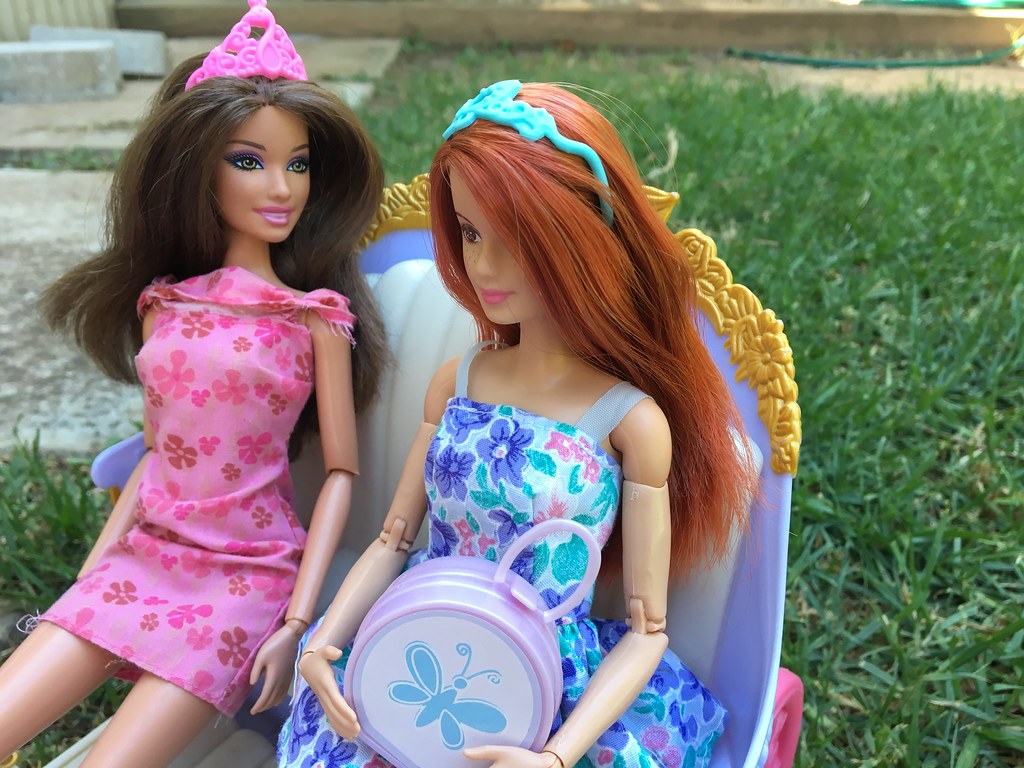 “Agh,” Aimee says, as the carriage pulls up the docks. “Is it bad if I admit I’m nervous?” 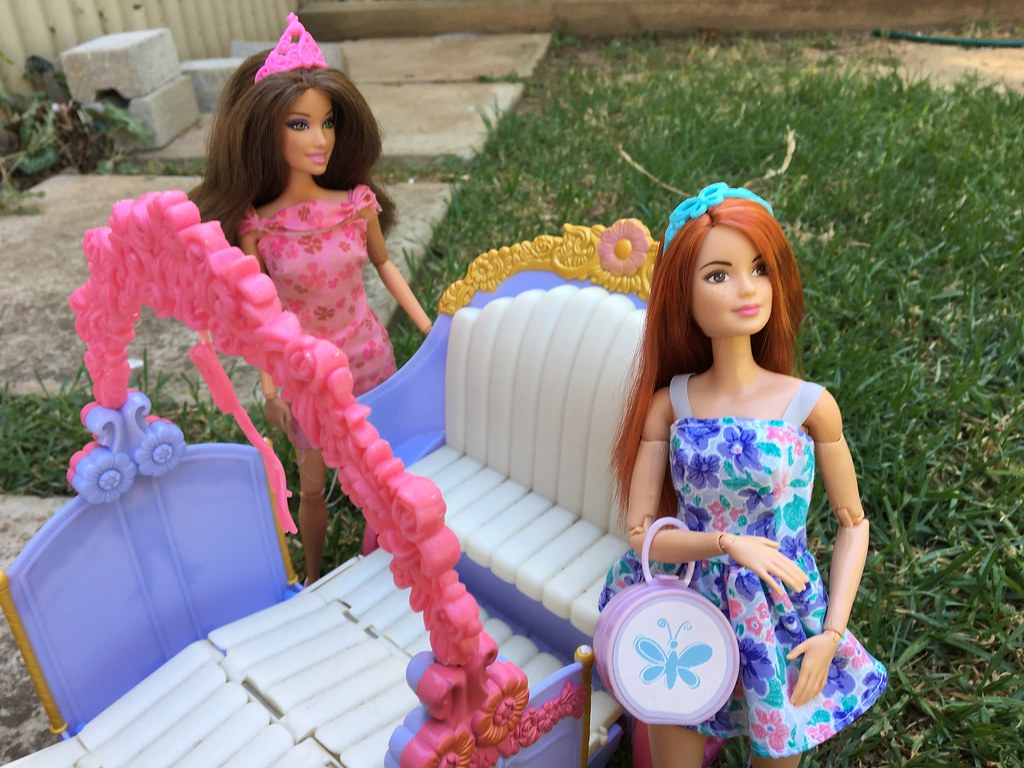 The cruise ship is huge. Aimee hasn’t been on one this big for a few years. 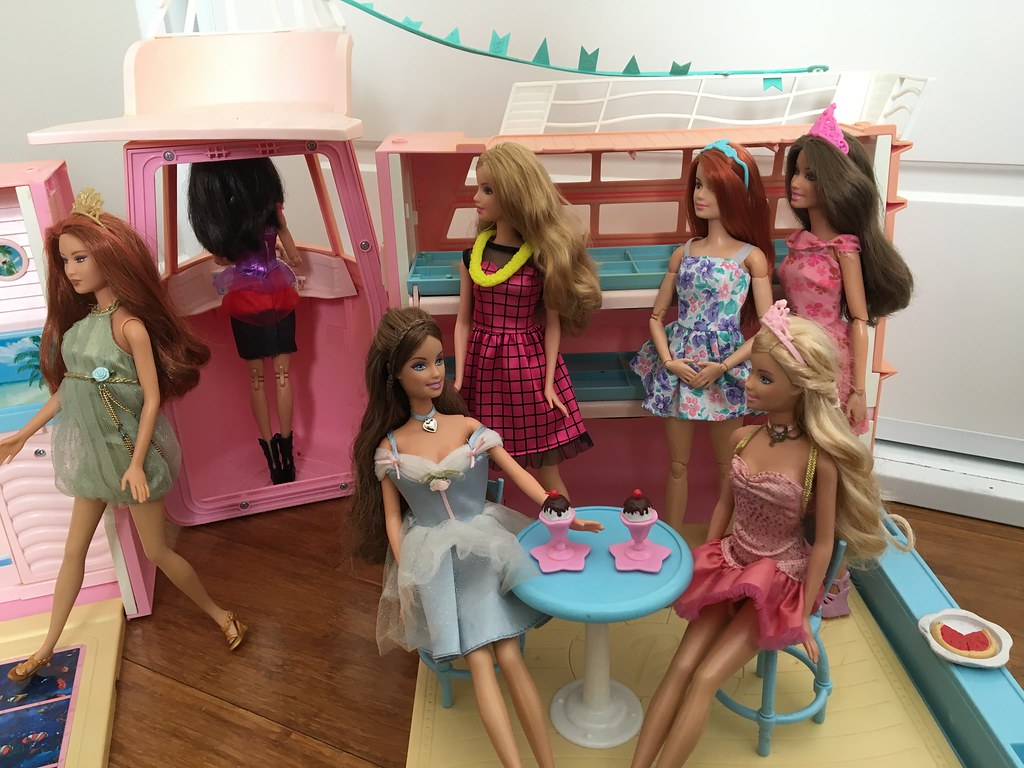 The girls have been told to find Delancy as soon as possible. Not only is Delancy Holly’s lady royal*, she also oversees the activities at camp.

*Okay, so if you haven’t seen Barbie: Princess Charm School,  a lady royal is like a royal adviser. Holly is the proper princess of Aquifolia, while Aimee is just some random princess whose not really in line to rule anything. They’re not related, either. She just happens to live in Aquifolia, I guess. I DON’T KNOW HOW ROYALTY WORKS OKAY. 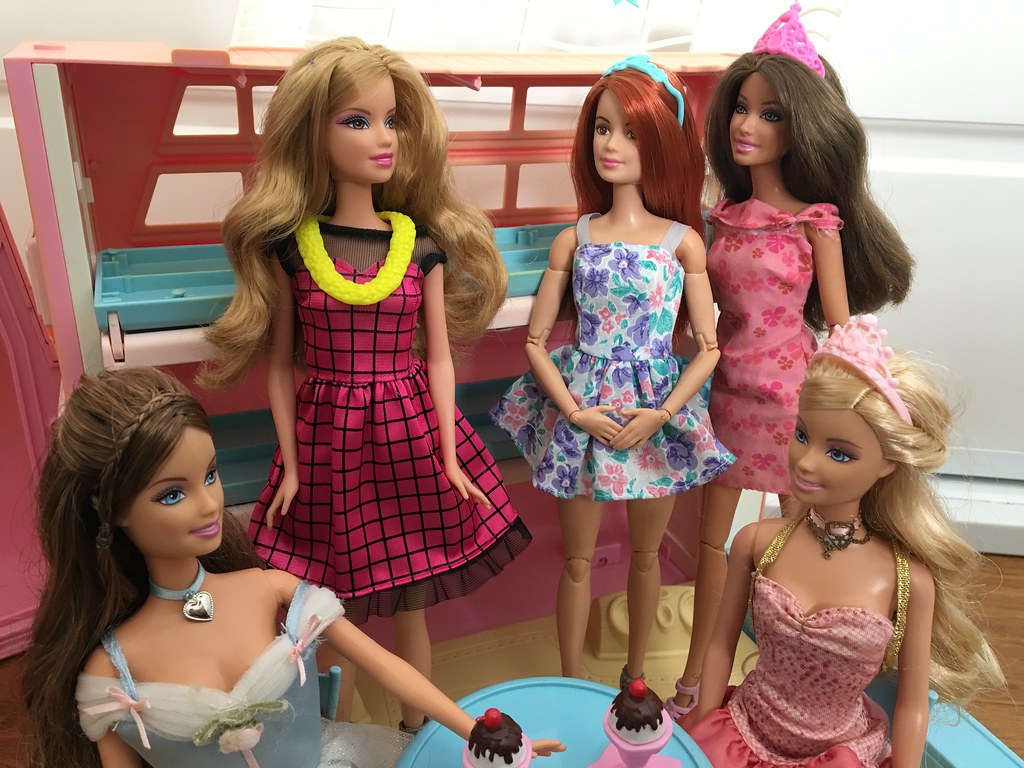 It isn’t difficult to locate Delancy. The girls get their names checked off and go wander around the restaurant. 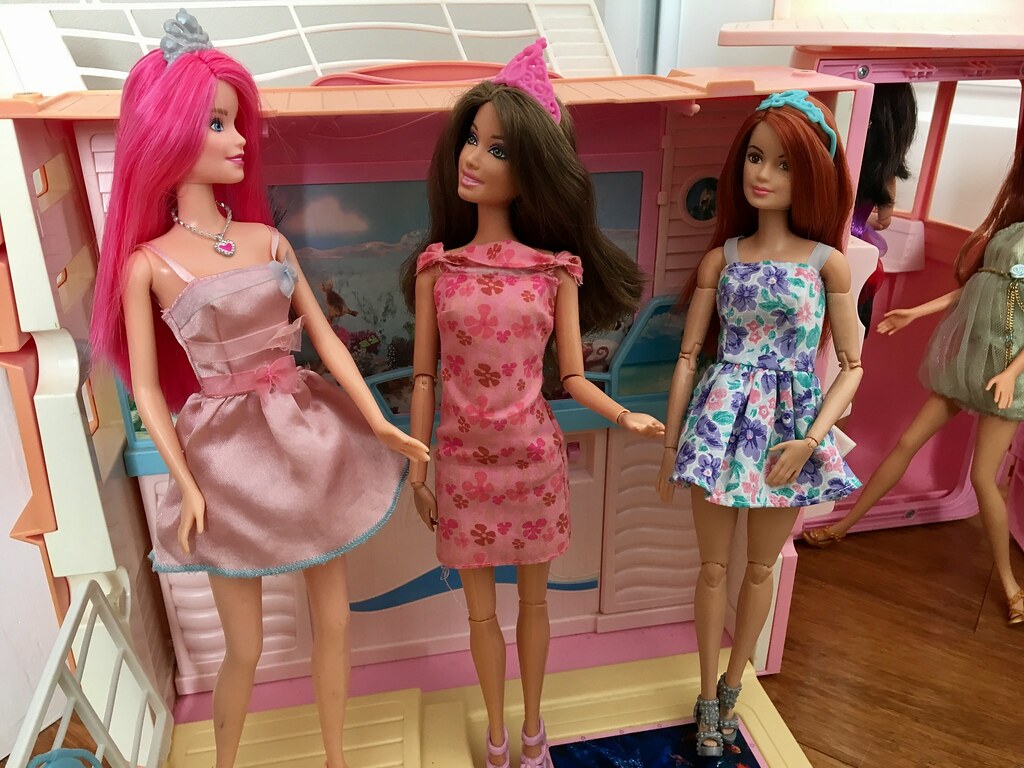 It isn’t long before they run into the pink-haired singer Princess Courtney. Courtney also lives in Aquifolia, but she doesn’t go to high school,so she doesn’t interact with the others much.

“I barely recognised you!” Courtney says. “Who’s your friend?”

“This is Princess Aimee, this’ll be her first year at camp.”

“Hi.” Aimee isn’t sure what else to say. At other royal functions, she normally hangs around her parents. 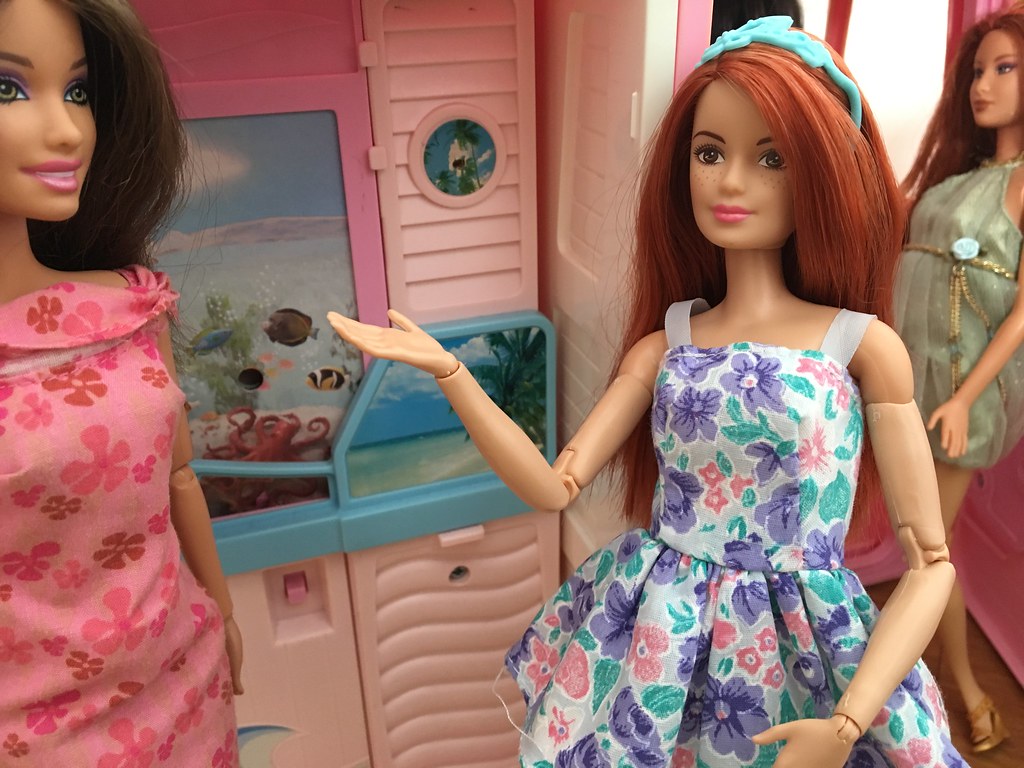 There’s an awkward pause. “I, uh, I’m just going to grab some food.” Aimee scampers off. 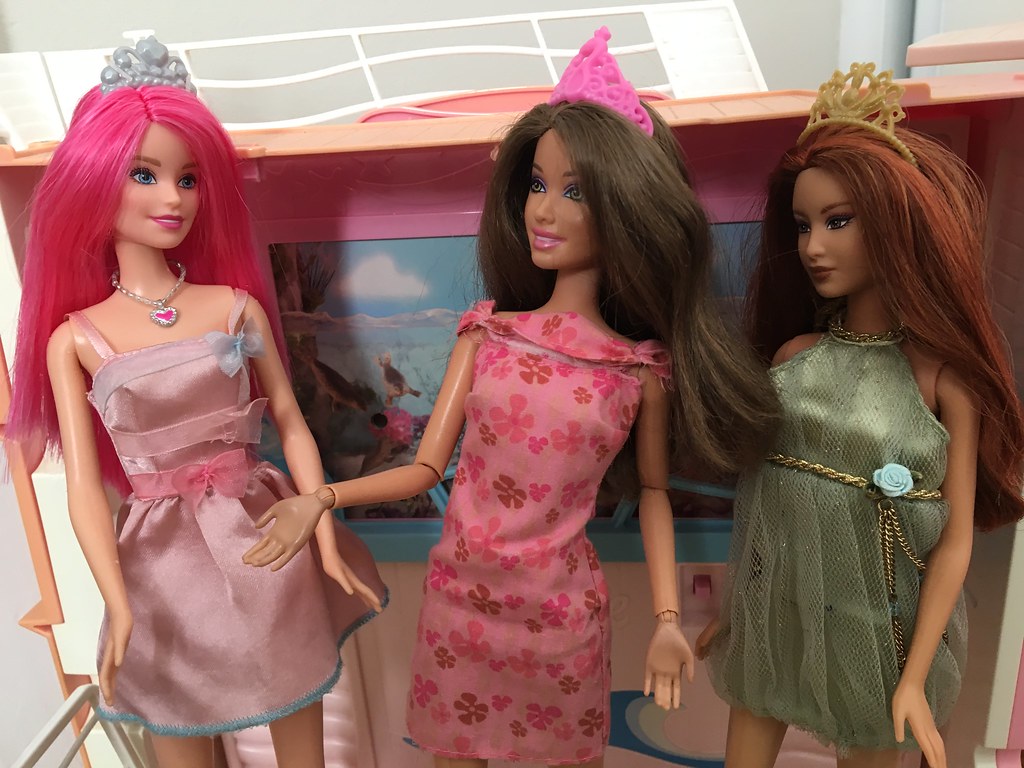 Back in Aquifolia, Neko has invited Emily and Ryan over to hang out. 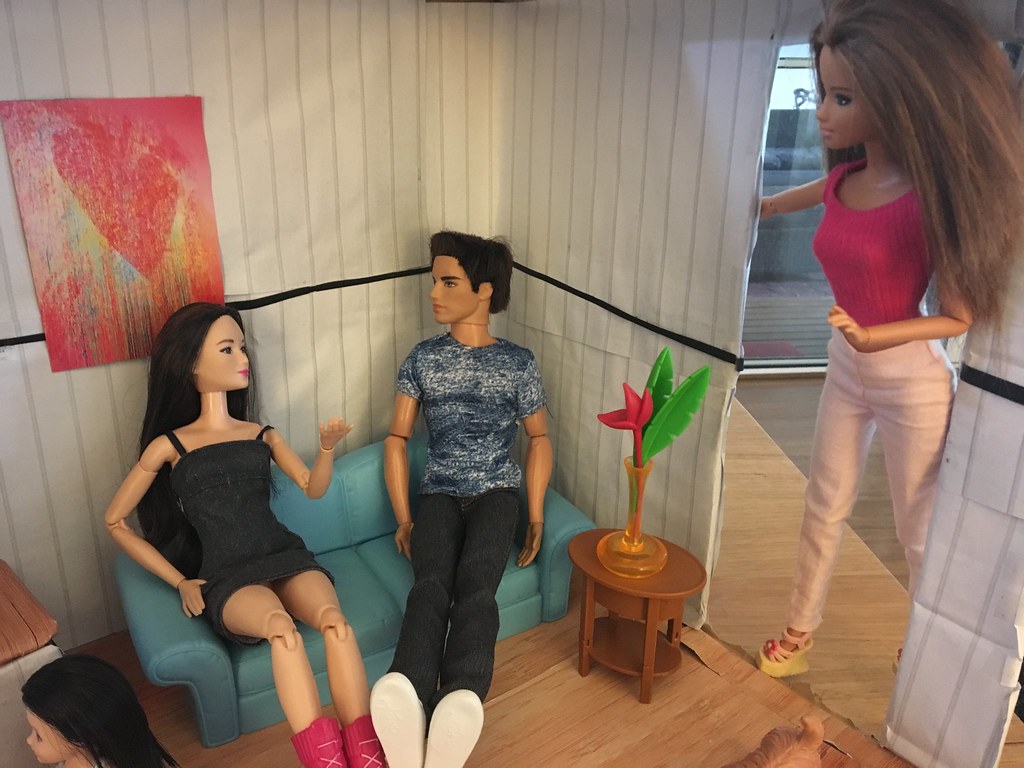 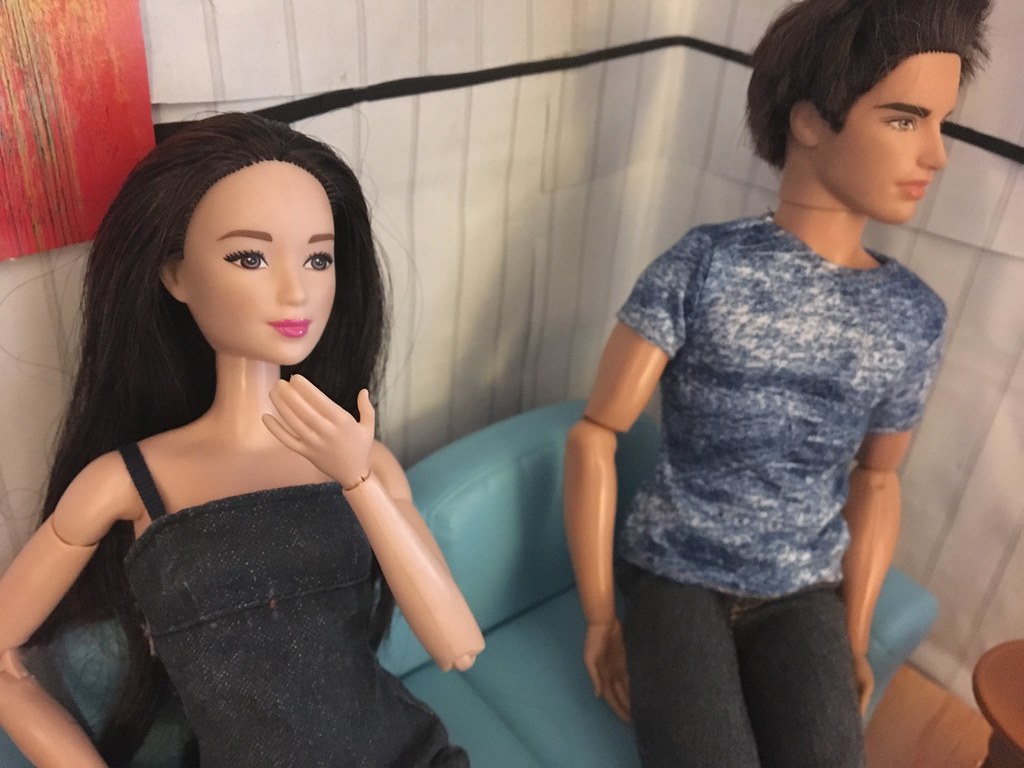 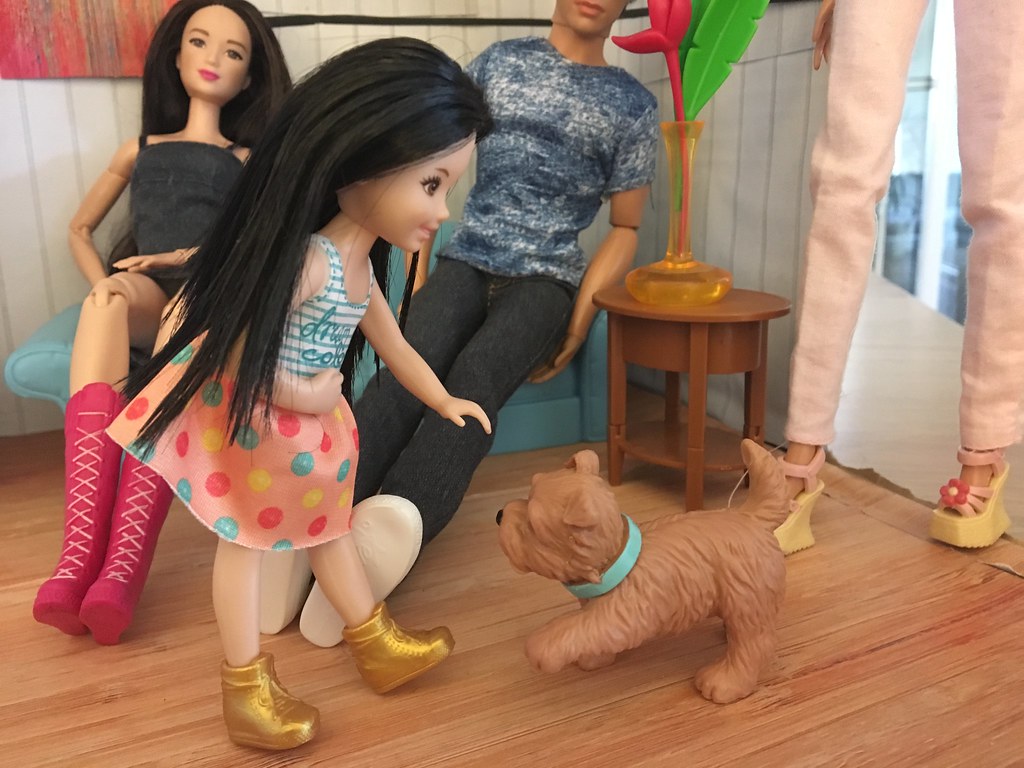 Meanwhile, Delia has never been happier. She loves dogs, and wishes Tori would let her get one. 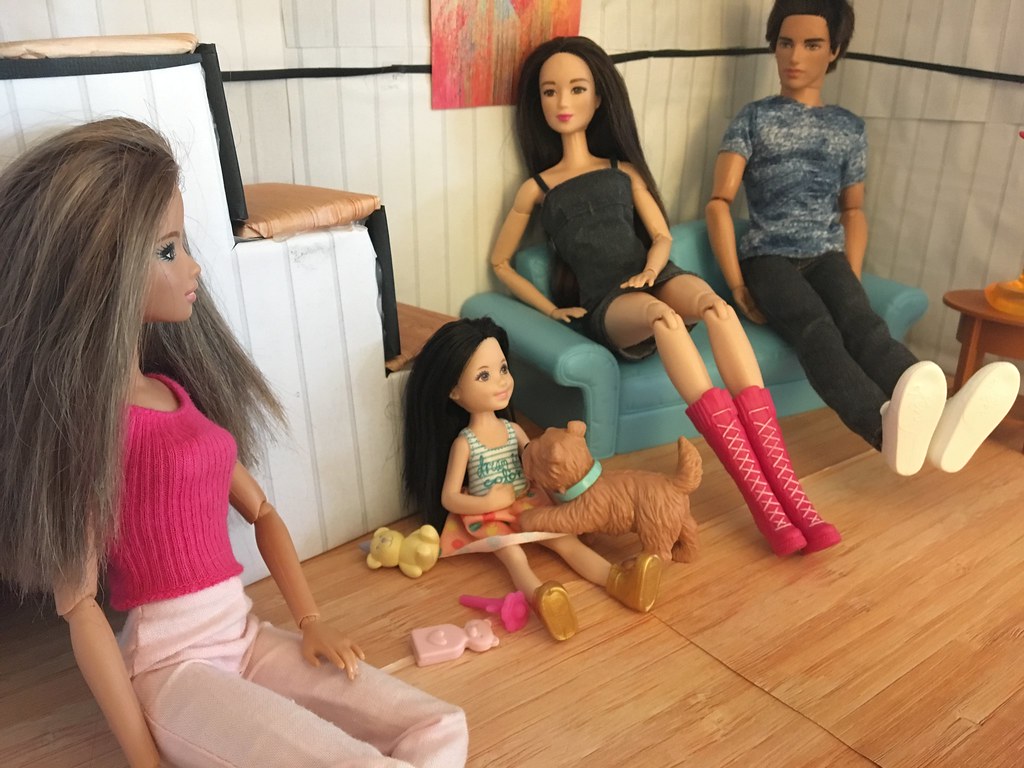 “Imogen lets the children take home toys from the childcare,” Neko explains. “She’s been playing with them all weekend, so they’re all over the floor. Watch out!” 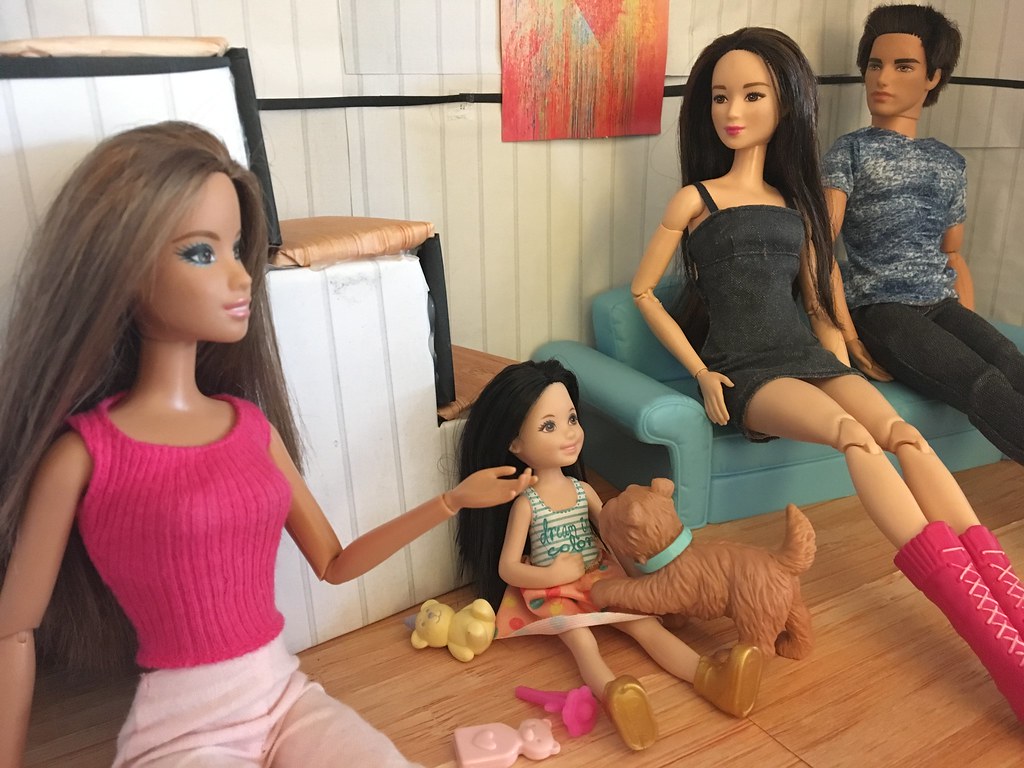 They chat for a little while. Neko confesses that she isn’t sure how she’ll manage without Aimee around for the holidays, and Ryan talks about his upcoming album. Emily is impressed that Ryan is so serious about his music career already. 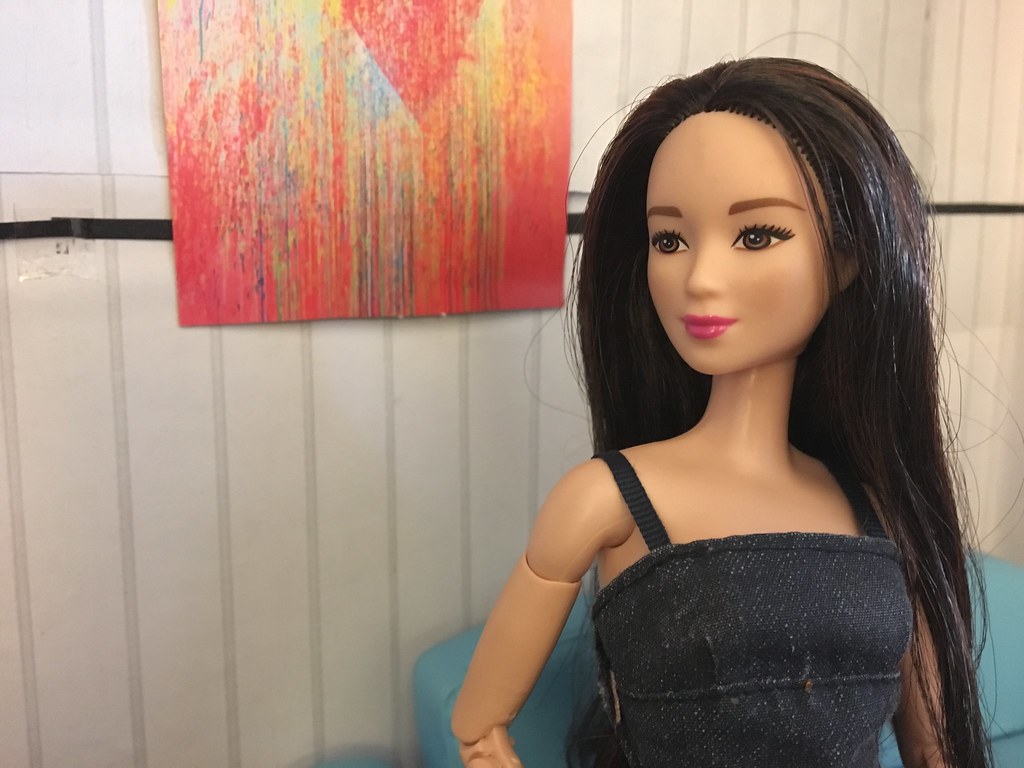 “Sorry, I just remembered something Tori asked me to do.” Neko says, suddenly, getting up. “I’ll be back in a bit.” 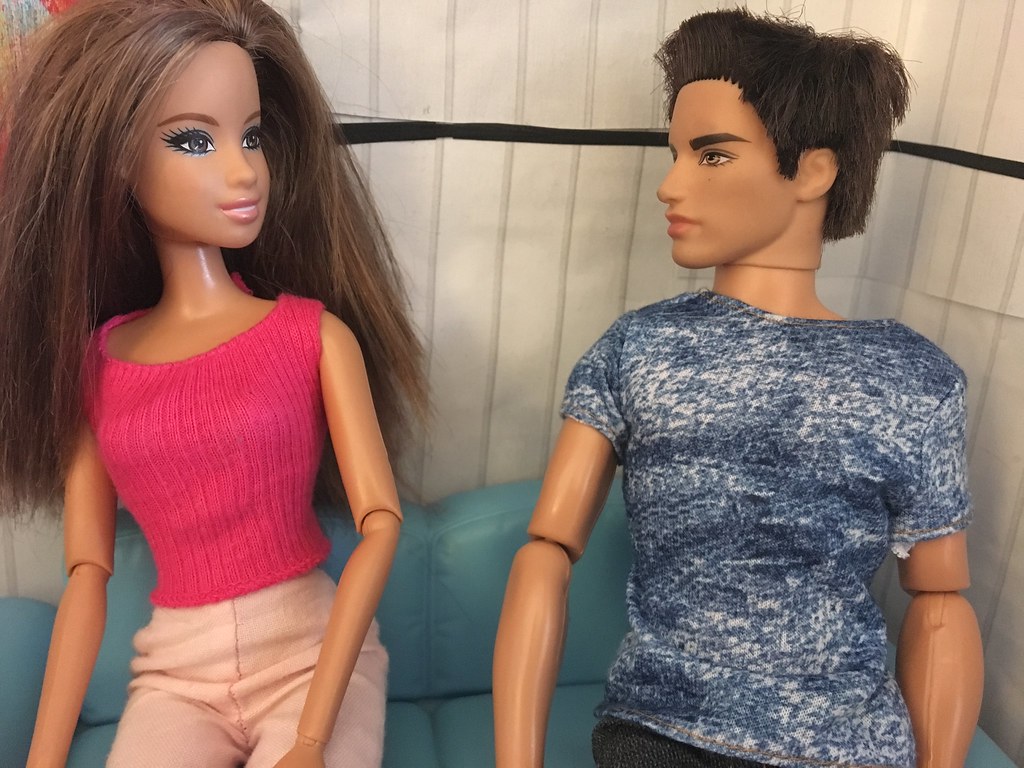 Ryan turns to Emily, who has taken over Neko’s spot on the couch. “So, uh, Emily, do you want to get dinner tonight?” He pauses. “Or, like, something?”

For a sudden, Emily cannot remember how to talk. Then she remembers Catrina -she would be furious if she went on a date with Ryan! “Look, things are complicated…” She begins. “I wouldn’t want to upset Catrina. She’s my best friend…” 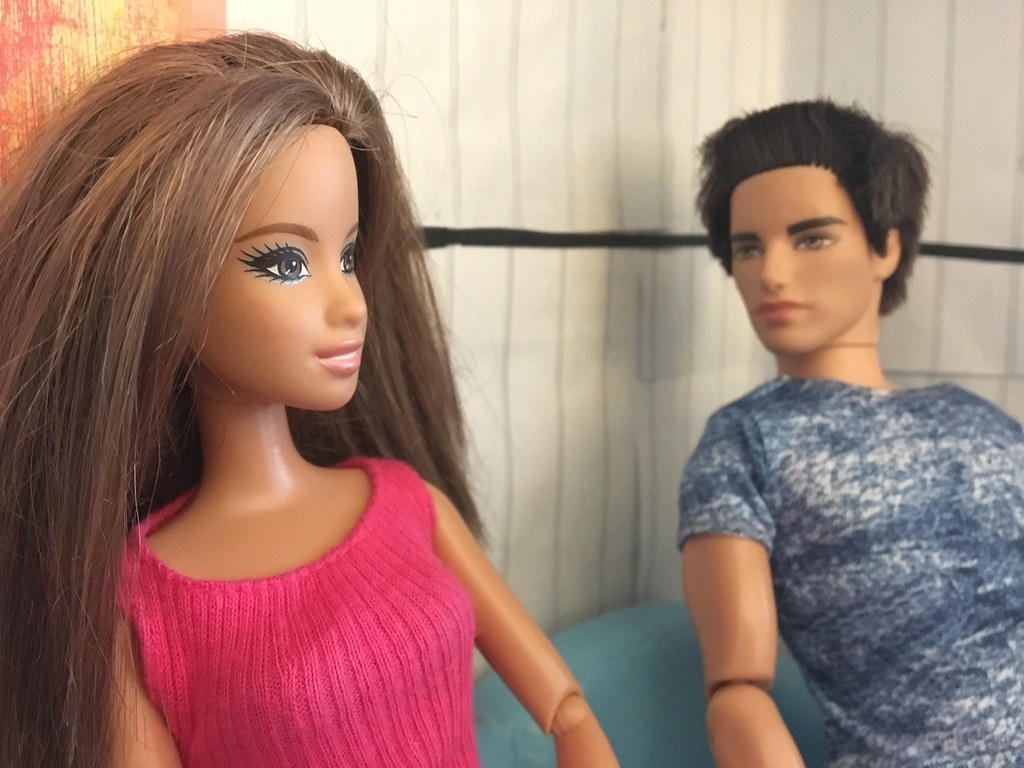 “Well.” Emily has to admit -she has really enjoyed spending time with Ryan lately. And dinner couldn’t hurt, could it? “Okay. Meet me tonight, at The Bridge restaurant.” 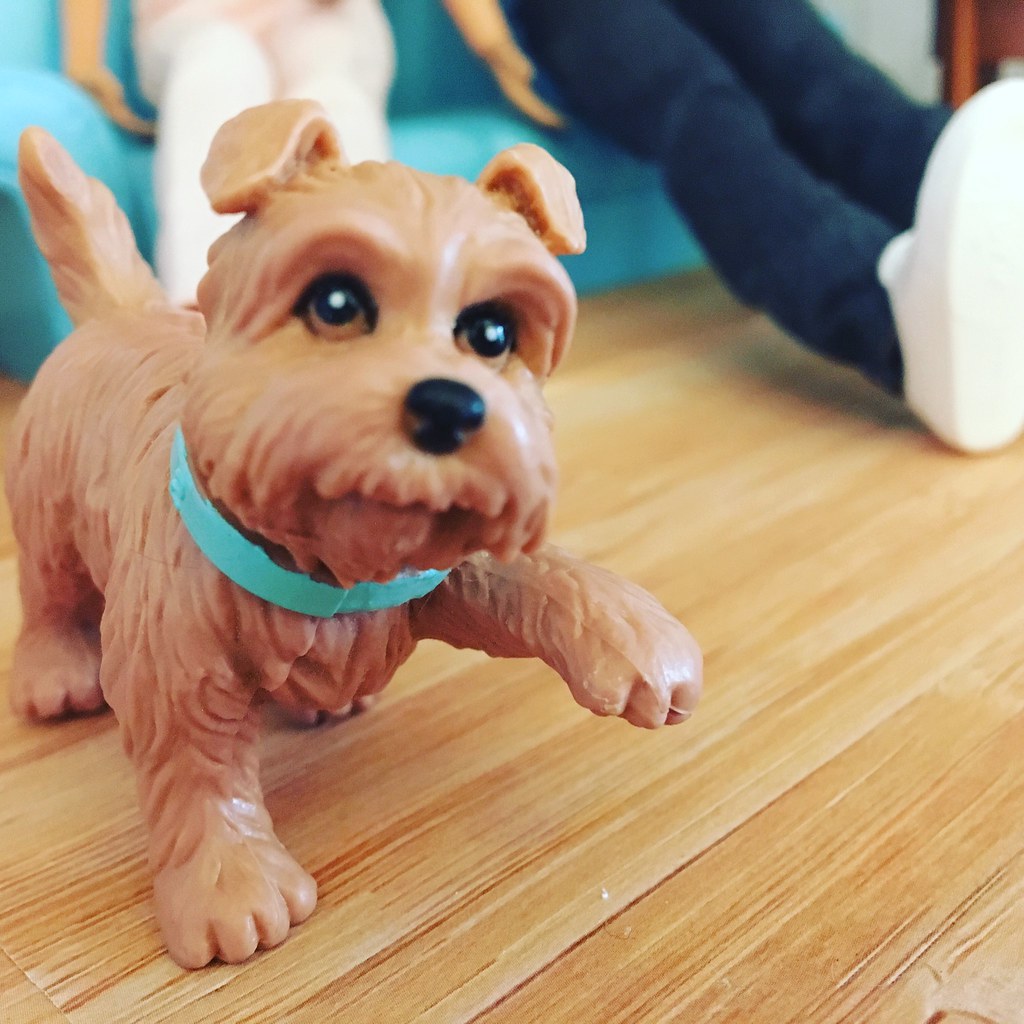 Look at this doggie! Isn’t he just the cutest? He’s from Wee 3 Friends, a spin-off line to Barbie. I sold my Wee 3 Friends dolls just recently and the buyer was like ‘UM ARE THESE BARBIE. YOU SAID BARBIE BULK’ and just glared at me like I had just snuck a beheaded Bratz doll in there or something. Like, ugh, did you even read the listing? I explained to her what they were and she was like ‘yeah, whatever.’ I got less than what I was asking for, but frankly, I was so over the whole selling process I didn’t mind.