Previous Posts in This Series:

♡ Episode 1 Recap, “Welcome to the Dreamhouse”

Before we begin, a quick note: I just got an email from Foxtel, explaining that the pricing is going to change soon. Instead of paying $15 per month to watch Dreamhouse Adventures, soon I might have to pay $25! I think that is far too much to pay for only one show. I’m not sure if I will be affected by these changes, or when they will happen, but if it changes to $25 per month I won’t be able continue paying for Foxtel Now, which means I won’t be able to recap these videos anymore. 😦 We’ll see what happens!

On the plus side, I saw a post on the official Barbie Instagram -somebody asked when Dreamhouse Adventures is coming to the United Kingdom and (gasp!), and they actually responded! This is a first! Anyway, they said it’s coming “very soon,” so hopefully DA will be available on Netflix internationally within a few months. 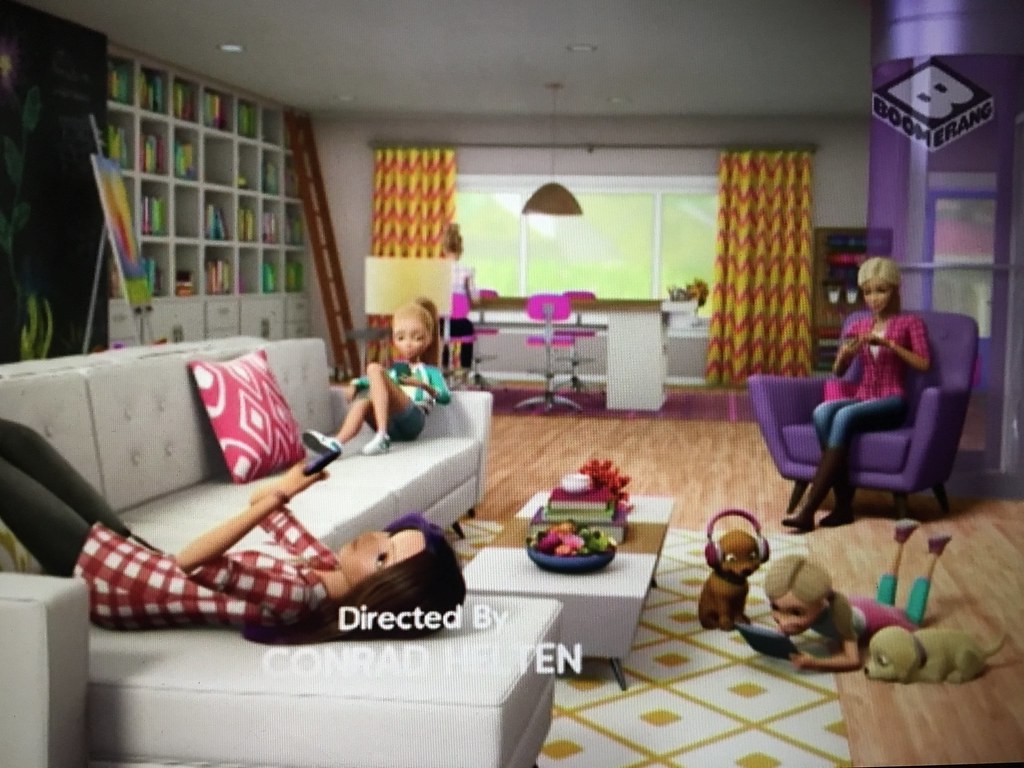 Anyway, back to the show!

It’s a weekend, and all the Roberts sisters are hanging out together in the living room. 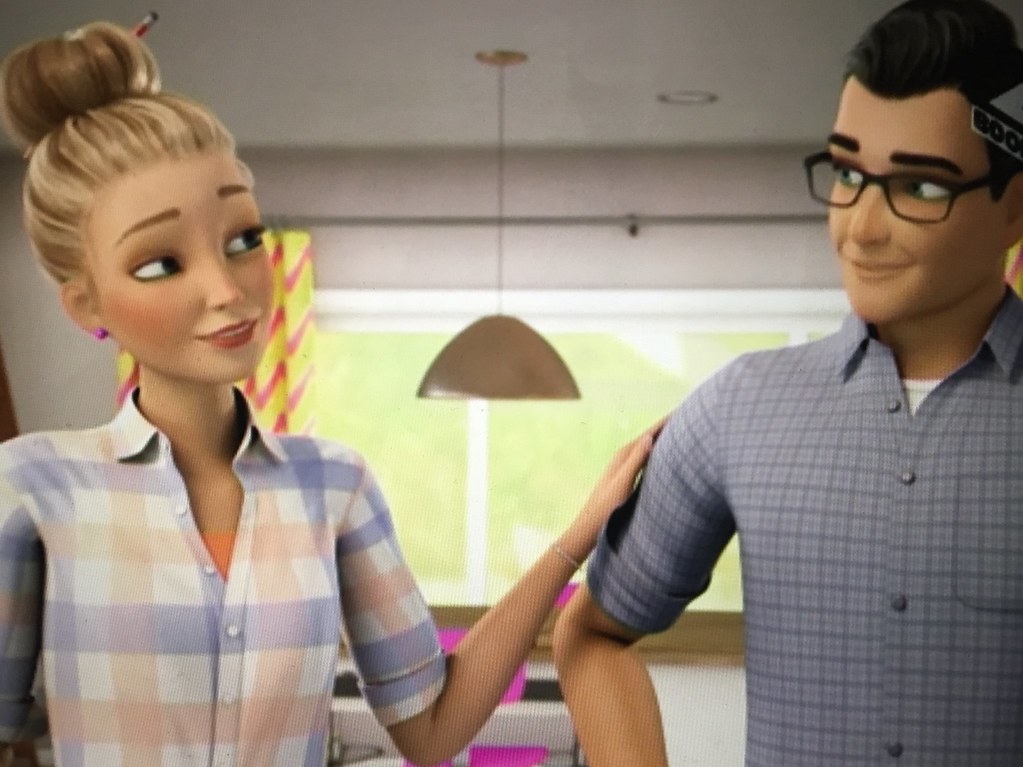 George, Barbie’s father, explains to everyone that he is making a documentary about a 21st-century family going without technology. Everyone decides to join in and ditch the comforts of home for the weekend. 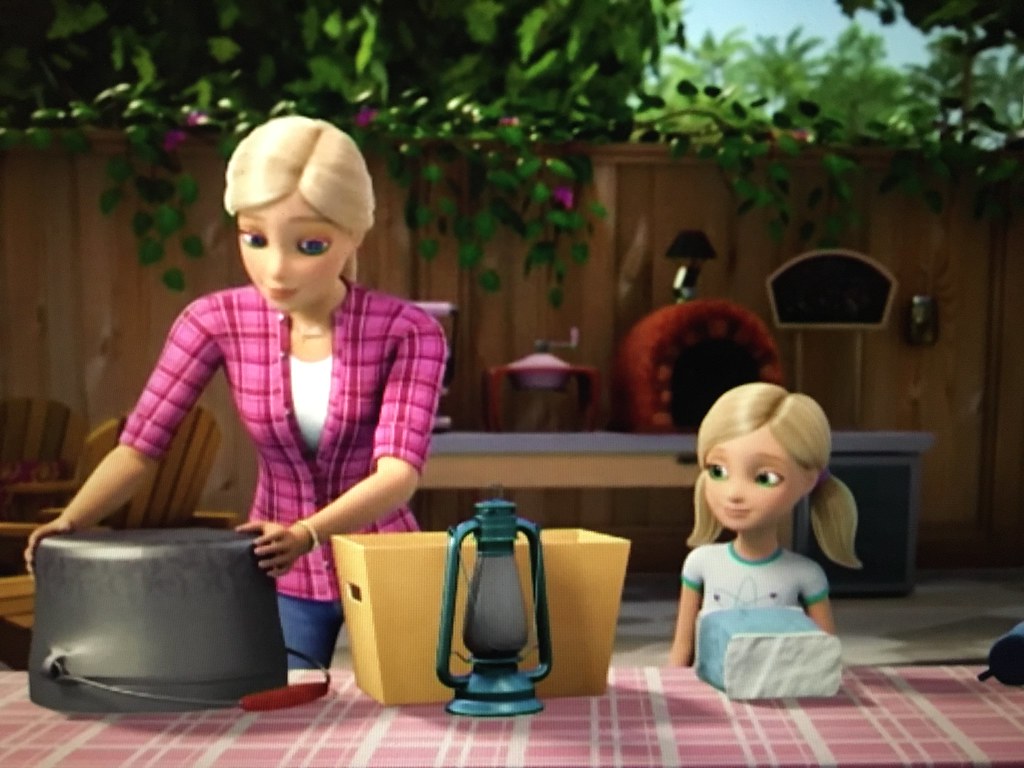 Everyone starts setting up camp in the backyard. The family will be sleeping in tents and cooking everything themselves. 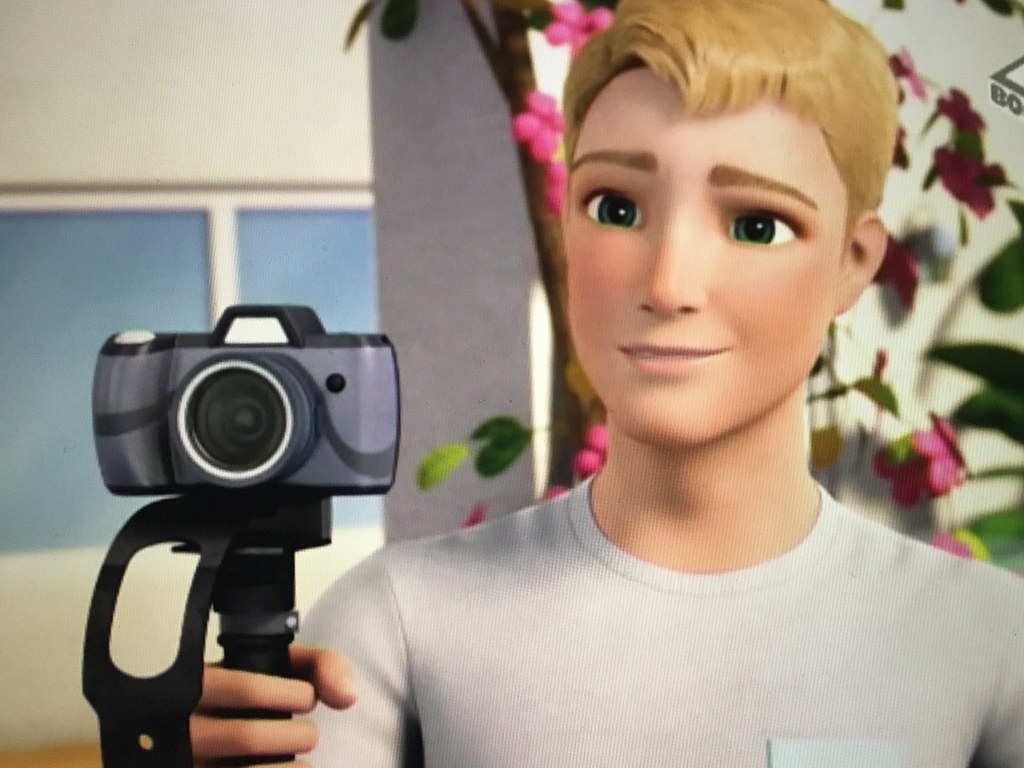 Ken is here too! He will be filming the documentary. Unfortunately, Ken doesn’t have much of a speaking role in this episode. He mostly just stands around and films. 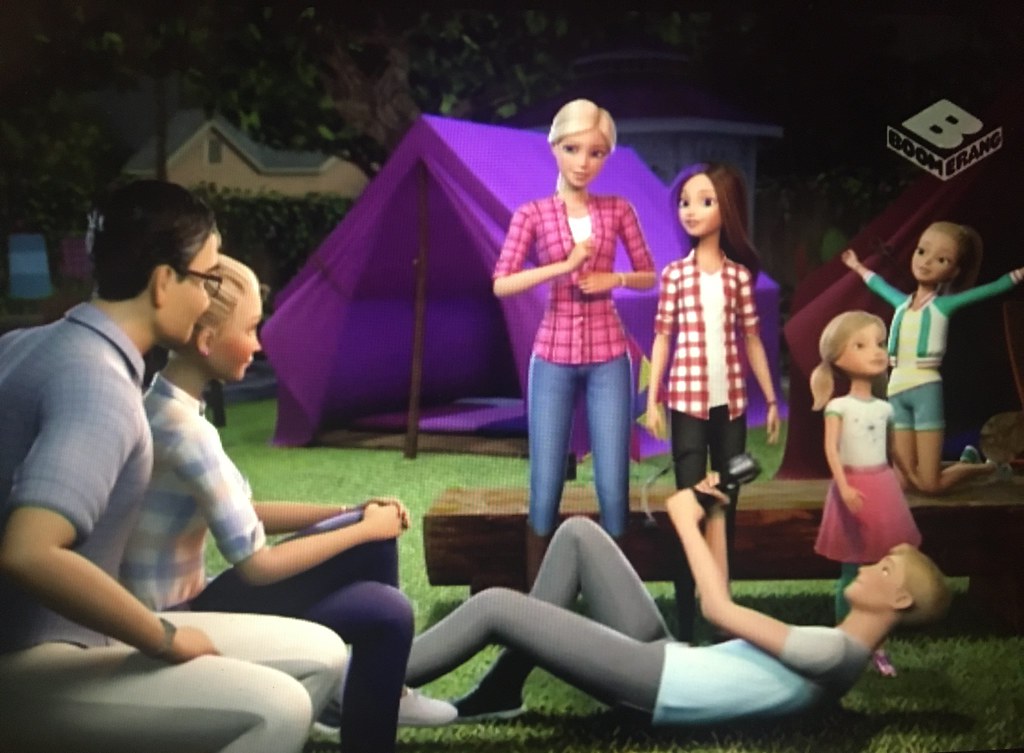 Everyone makes up stories and hangs out together. Things are going great!

Sidenote: You can’t see it here, but they have also set up a campfire. Yes, in their backyard. Surely it is hugely illegal to start a fire like that? 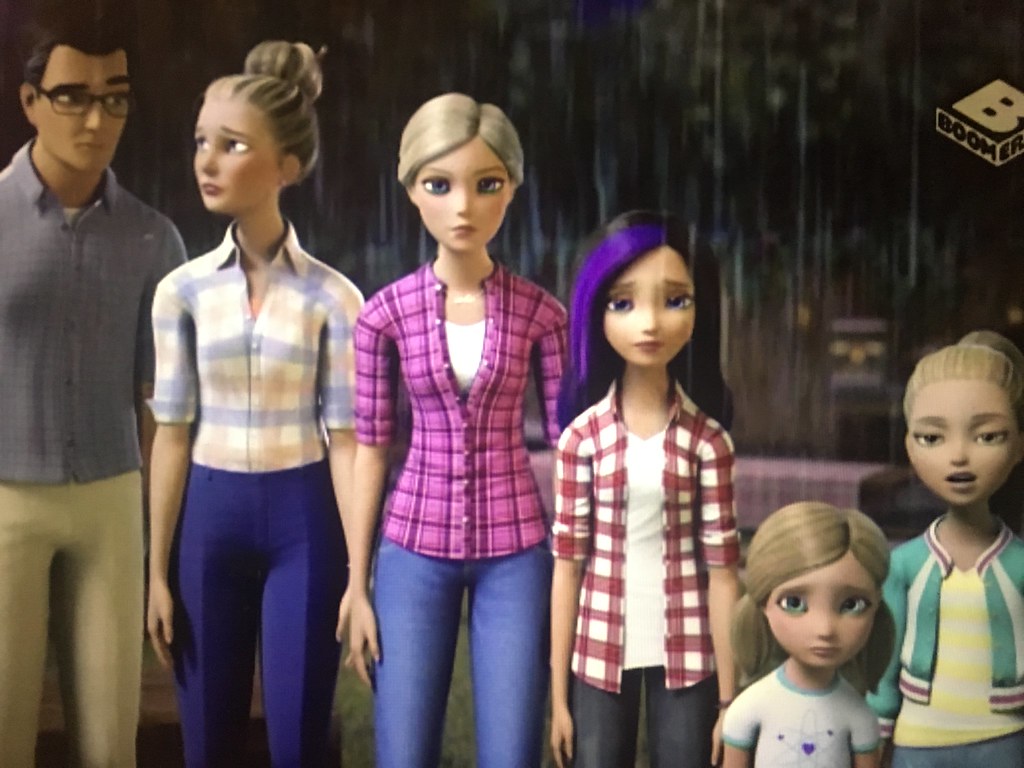 That is… Until it starts raining! The tent has holes in it, so the family is forced to sleep in wet sleeping bags for the night. 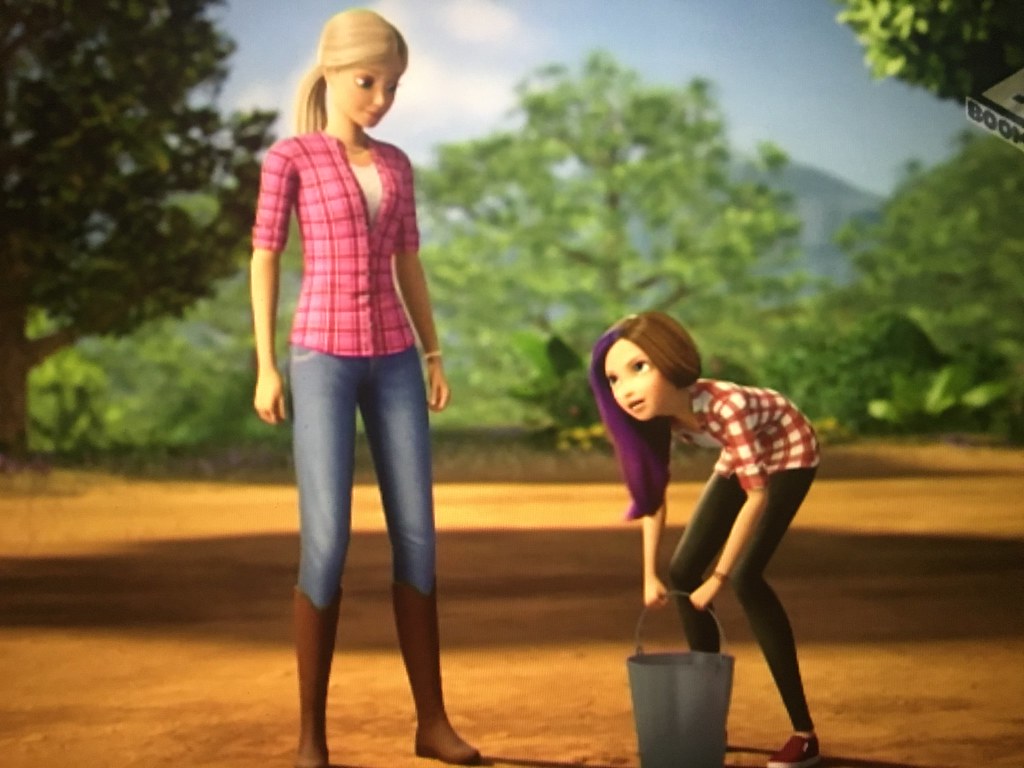 Barbie and Skipper collect milk to make oatmeal from the farm. It’s a five mile* walk back, so they decide to ride a horse, Misty to speed things up.

*Five miles = 8km. That’s about an hour’s walk, maybe an hour and a half. Either way -it’s a difficult trek! 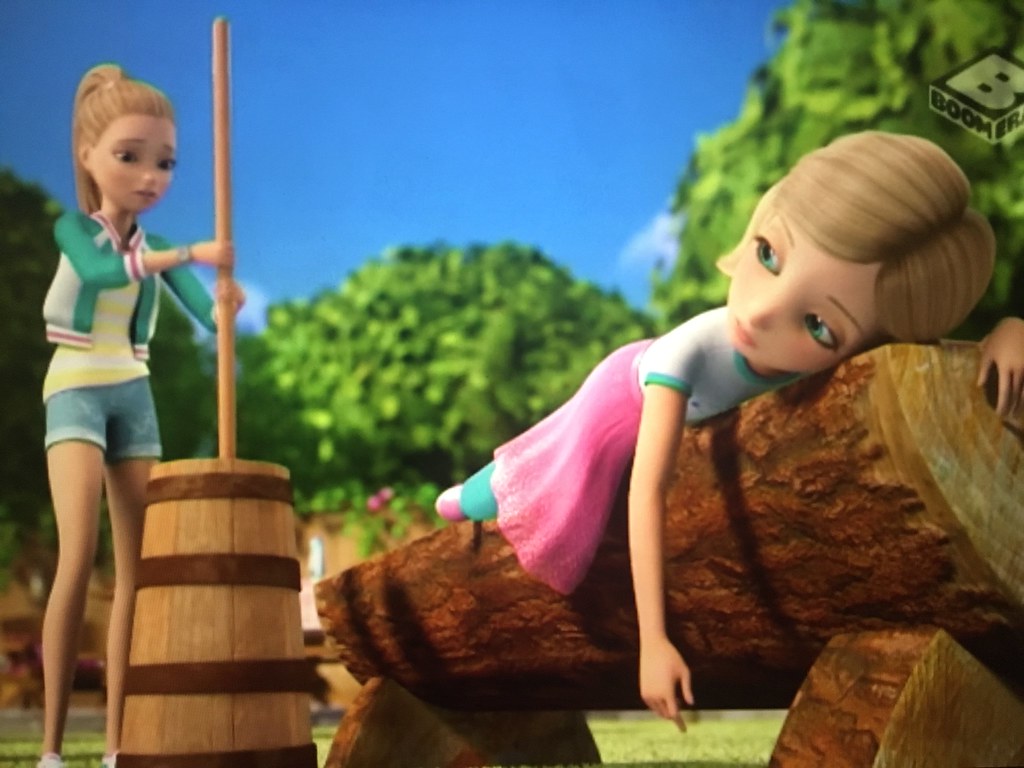 Back at Camp Roberts, Chelsea and Skipper are tired of doing chores and going without technology. 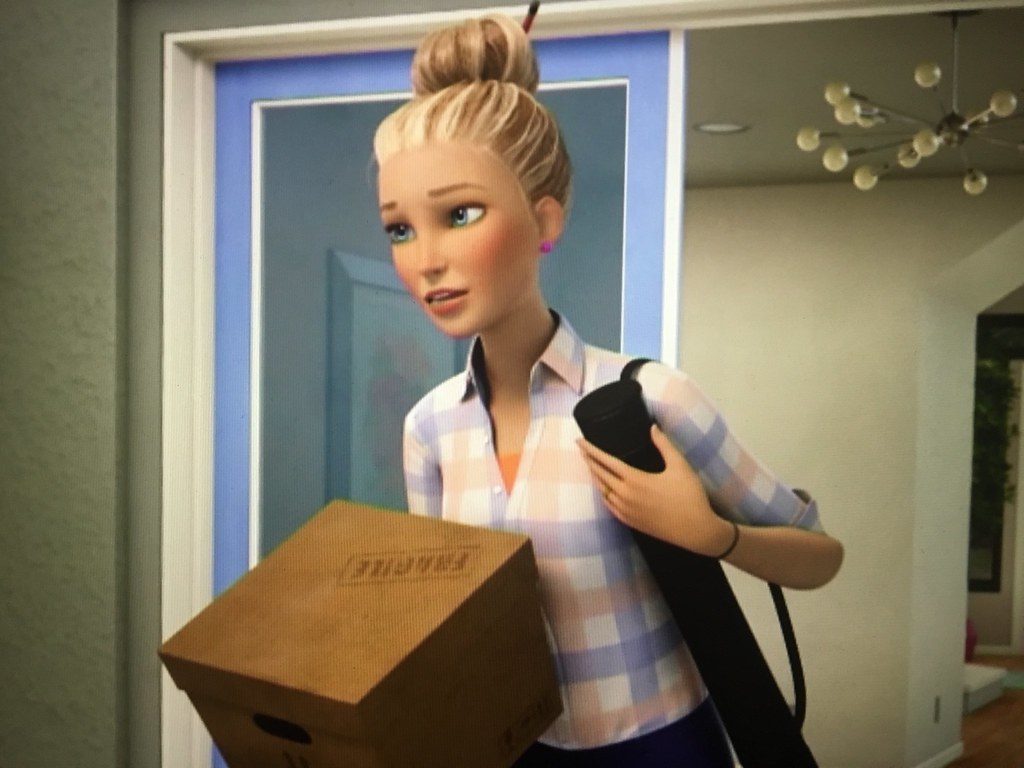 Margaret has been called in for a work emergency. She needs to get her documents flown over to Houston immediately.

This whole subplot seems rather absurd –flown over? Why can’t she just scan the documents and the team over in Houston can print them out? I mean, it’s unlikely that they absolutely must have them in hard-copy, but I suppose it’s plausible. I’m sure these things happen in real life sometimes… Right? 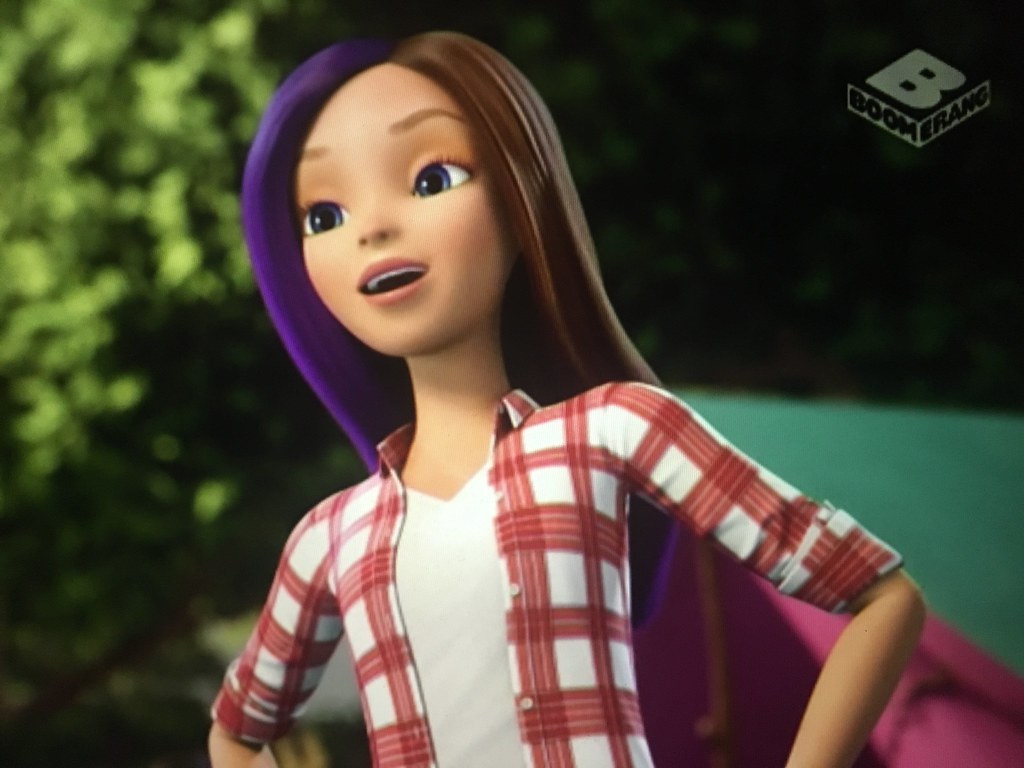 While Margaret is gone, Skipper yells at everyone about how much she hates living outdoors. (It looks like she’s smiling here, but trust me -she’s pretty angry!)

Skipper: Where’s the hair-drier? Where’s the microwave? Oh, I know! In the house with everything else that makes life worth living! The pioneers lived terrible, achey, splintery lives and smelled like a bad lunch! I’ll tell you what they discovered -there’s literally nothing they couldn’t do in the 1840s that we can’t do better today! I’m out!

At this point, I’m seriously thinking -Skipper has a point. Sure, it’s great to give up technology every now and again, but spending a whole weekend without the lovely convinces of modern life would drive me insane! I thought it was especially true when she said ‘there’s literally nothing they couldn’t do in the 1840s that we can’t do better today.’ Because she’s right! 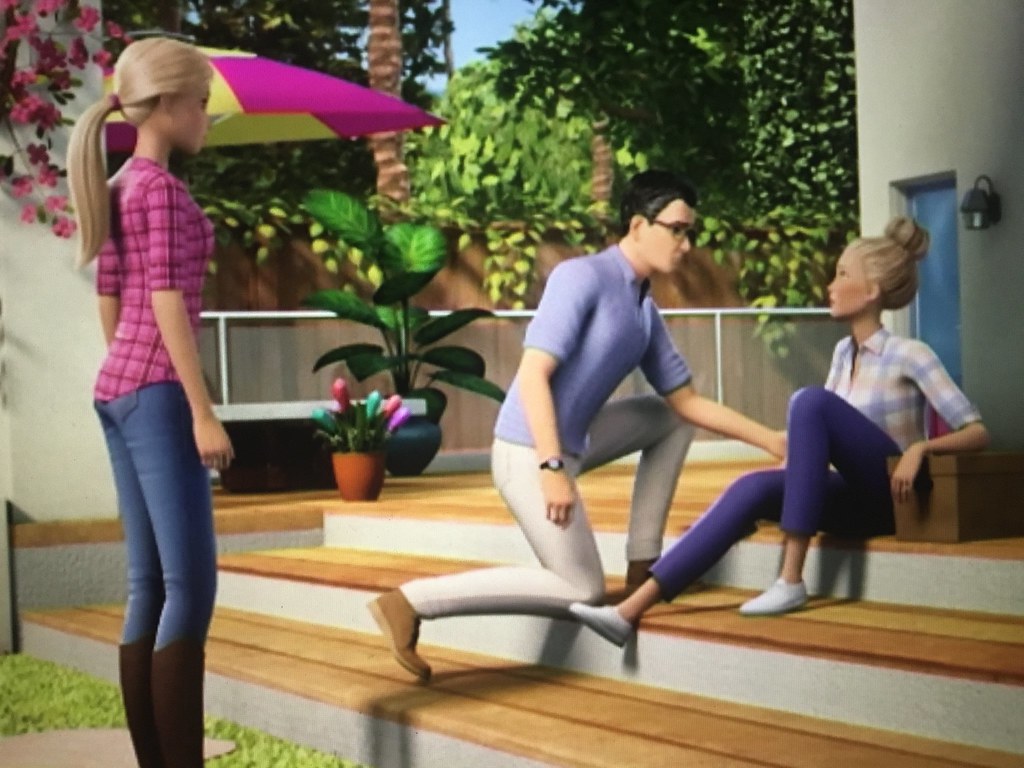 Margaret returns. She wasn’t able to deliver the files to her boss because the roads were all jammed up with traffic. 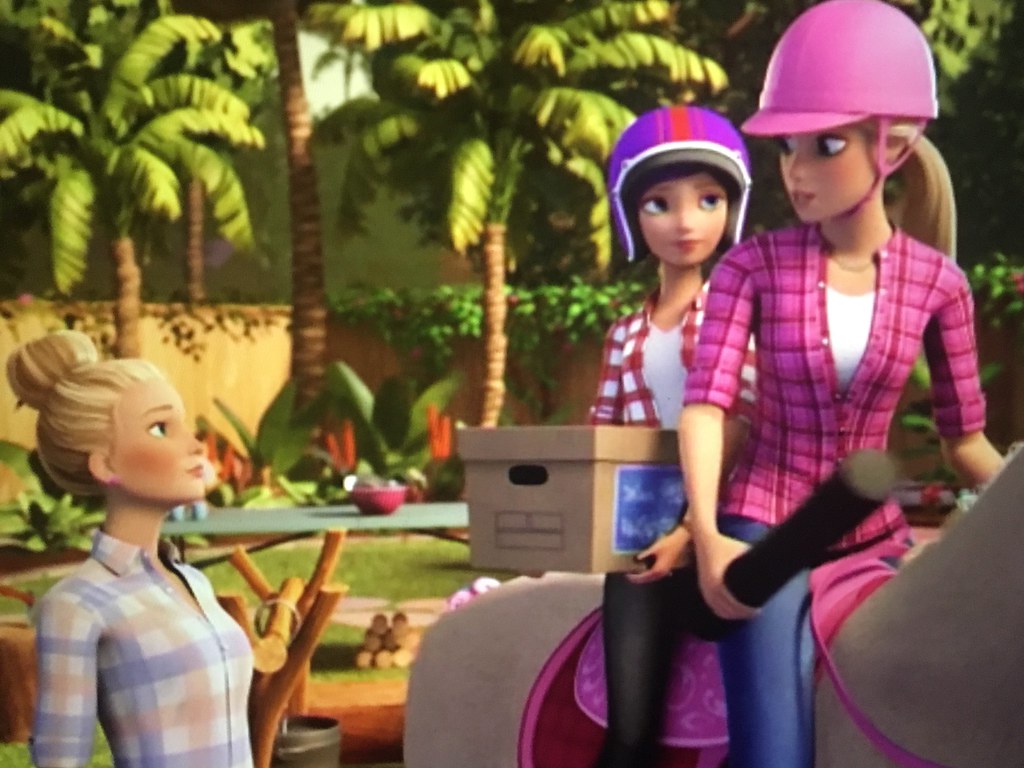 However, Barbie has a plan! She and Skipper ride Misty (the horse) to their mom’s office to deliver the files. 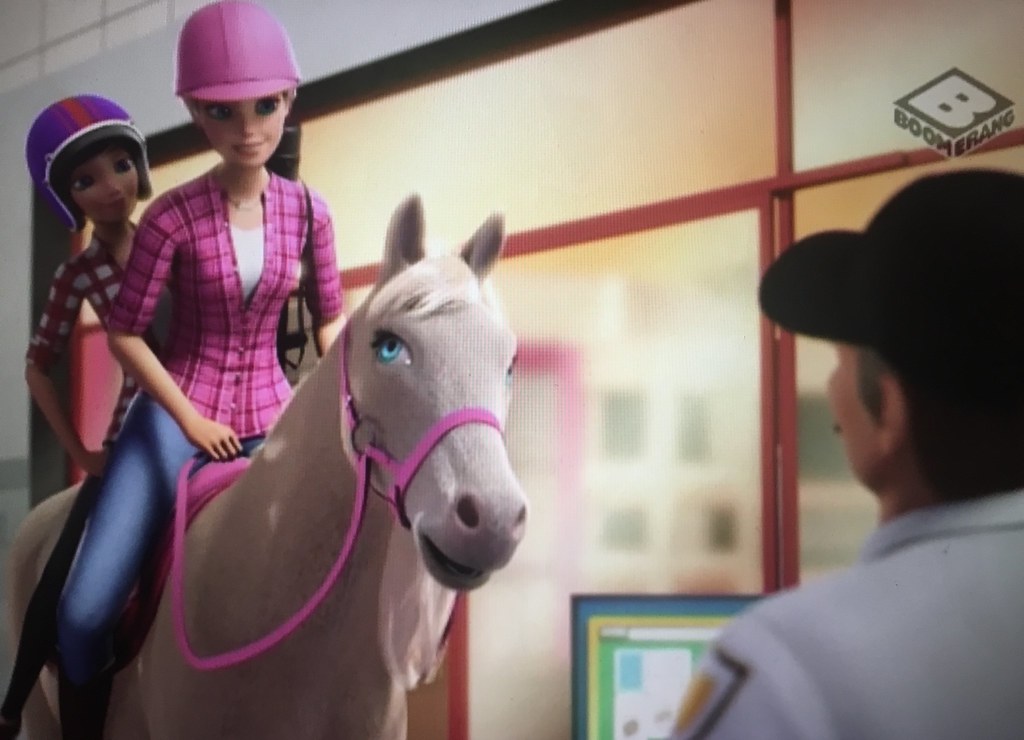 Along they way, they knock into a hive of swarming wasps who chase them through the city. The sisters ride into the office building and the glass door shuts behind them, trapping the bees outside. They deliver the documents and Houston project can continue!

Sidenote: If they were going for realism, that swarm of bees surely would have gotten to them sooner. But I’ll let this one slide.

Overall, once again, I really enjoyed this episode. So far, I think my rating goes:

3.) Welcome to the Dreamhouse

However, this isn’t to say that “Nobody’s Cupcake” was particularly awful! It was really interesting -I just found it to be a bit repetitive. One of the reasons I really liked “The Great Pioneer Adventure” was because it was unpredictable. I mean, riding a horse through Malibu to deliver documents to fly to another city? Talk about unexpected!

Once again, I had the same issue as last time -there really wasn’t any continuity with the other episodes. If you wanted to, you could watch any of the first four episodes in whatever order you wanted, and it really wouldn’t matter.

In this episode, we learnt that George likes trying new things and making documentaries, Ken is good at filming and likes football, Barbie is always optimistic (even when faced with soggy oatmeal and a leaky tent), and Skipper really likes technology.

Although this series is interesting, it doesn’t quite have the “rewatchability” of other Barbie media. I mean, I have watched “The Amaze Chase” and “Trapped in the Dreamhouse” more times than I can count! And don’t even get me started on Barbie films -I’ve watched some of those over and over and over again! But with these episodes? I’m not really tempted to watch them a second time.

As always, this is just a first impressions and we’ll see how the series develops! Perhaps it’ll suddenly get super-amazing or something!