Ya know what’s weird? Releasing a townhouse in 2002 that talks, then releasing the exact same townhouse in 2006, with even the access cards and a place for batteries -expect removing all the talking functions. I know the battery slot is still there because it was made in the original mould, but like …It’s a bit odd. Although it would have been super-cool to have a talking house, I have the one from 2006, known as the ‘Forever Barbie Townhouse,’ instead of the ‘Talkin’ Townhouse.’ My version came with two ‘Kohl’ dolls, which confuses the heck out of me, because Kohl is a brand on Stardoll, and the Stardoll dolls didn’t release until, what, 2009?

Here’s the ad for the original house: https://www.youtube.com/watch?v=ZDNlUZO5Ad0

BARBIE WHY ARE YOU COOKING PIZZA WITH A FRYING PAN

WHY IS THIS GIRL POKING THE SCREEN AT THE END??

ALSO WHO DID HER HAIR??

Let’s get on with the tour. 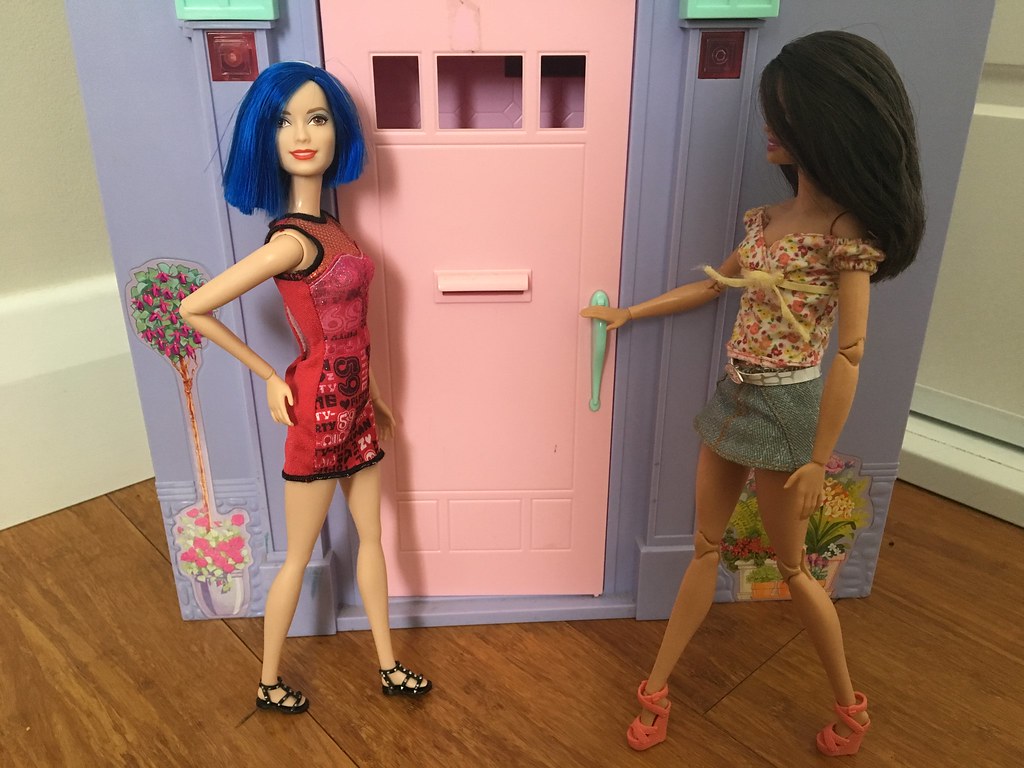 Imogen is showing Zia around her house. You can’t see it, because Imogen’s big head is in the way, but there is a light attached to the wall. A light that doesn’t turn on. Because that function came with the Talkin’ Townhouse, not the Forever Townhouse. But that’s okay. At least I have a weird looking light attached to my wall. 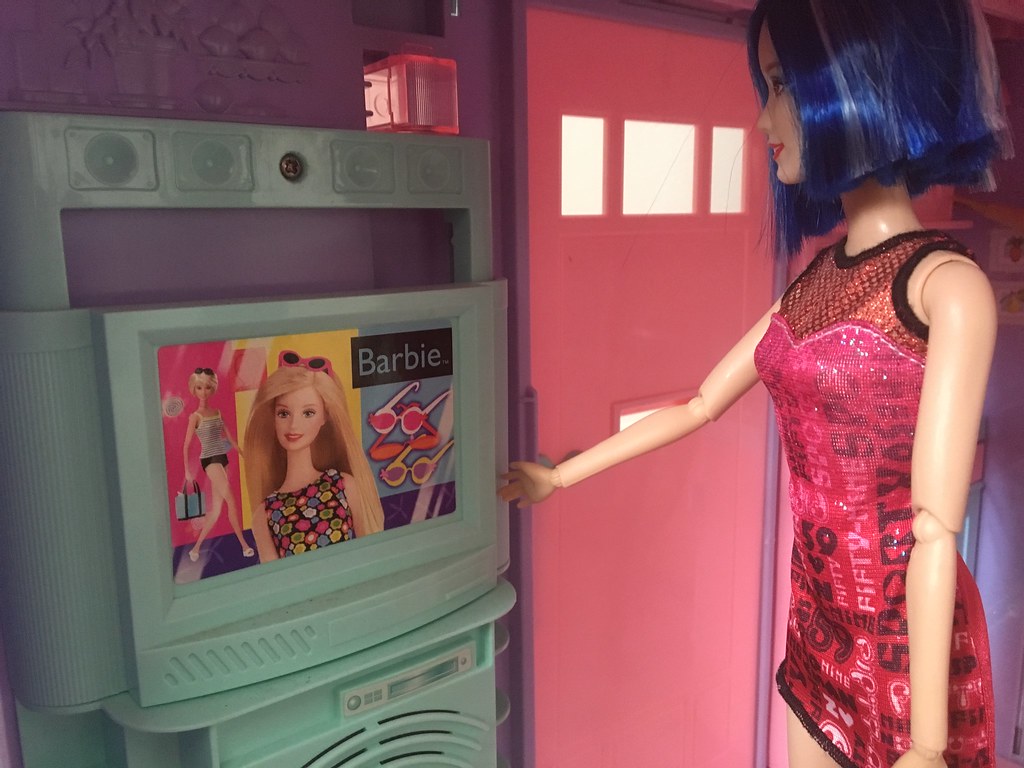 Zia checks out the TV, which is showing a fashion program. I wonder whether they updated the sticker for the 2006 version?

Imogen tells Zia to lift up the TV to get to the computer. Zia is a bit confused -there is a computer keyboard, but no actual screen? Or does the TV turn into a computer? Imogen says she doesn’t know either, so she just uses her portable laptop. 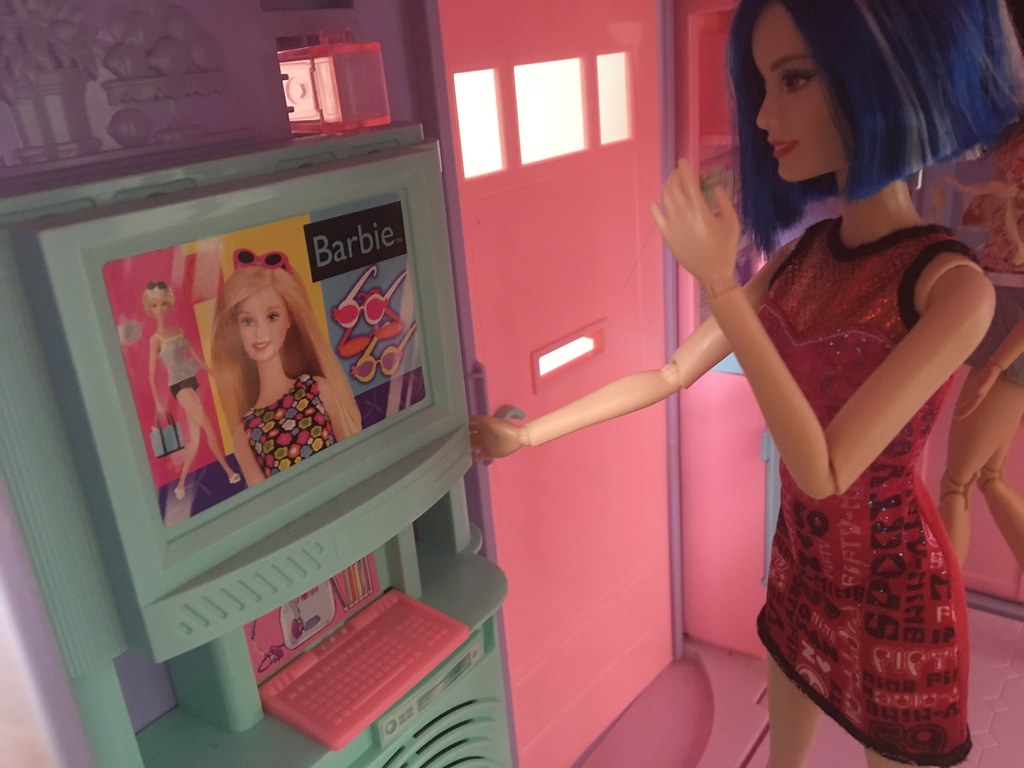 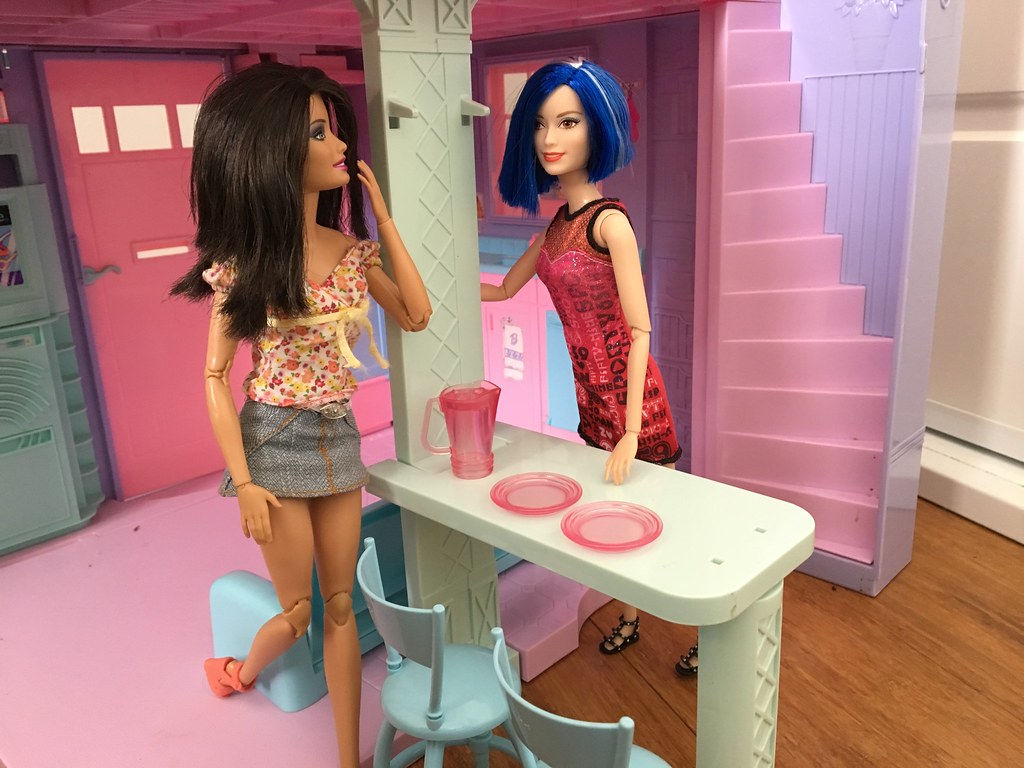 “Are you having company over or something?” Zia asks, looking at the plates set up on the table. If you look closely, you can see the couch in the background. I took a photo of it by itself, but it was too blurry. 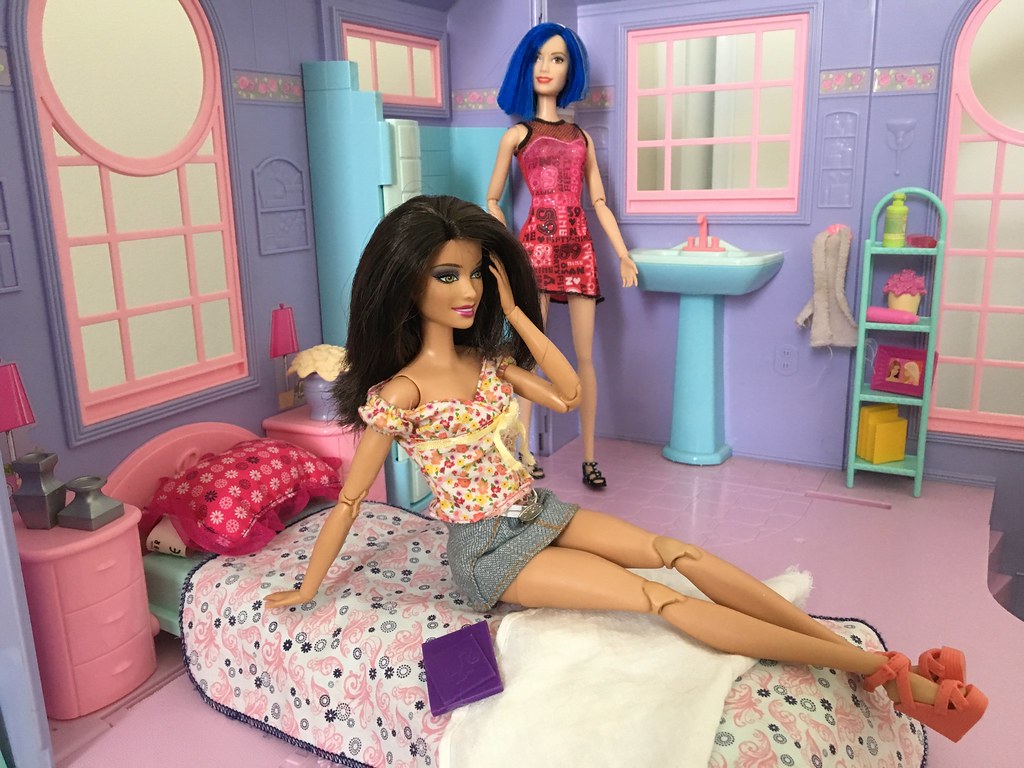 They go upstairs to chat for awhile. None of these items came with the house, except for the bed (duh) and the storage rack. 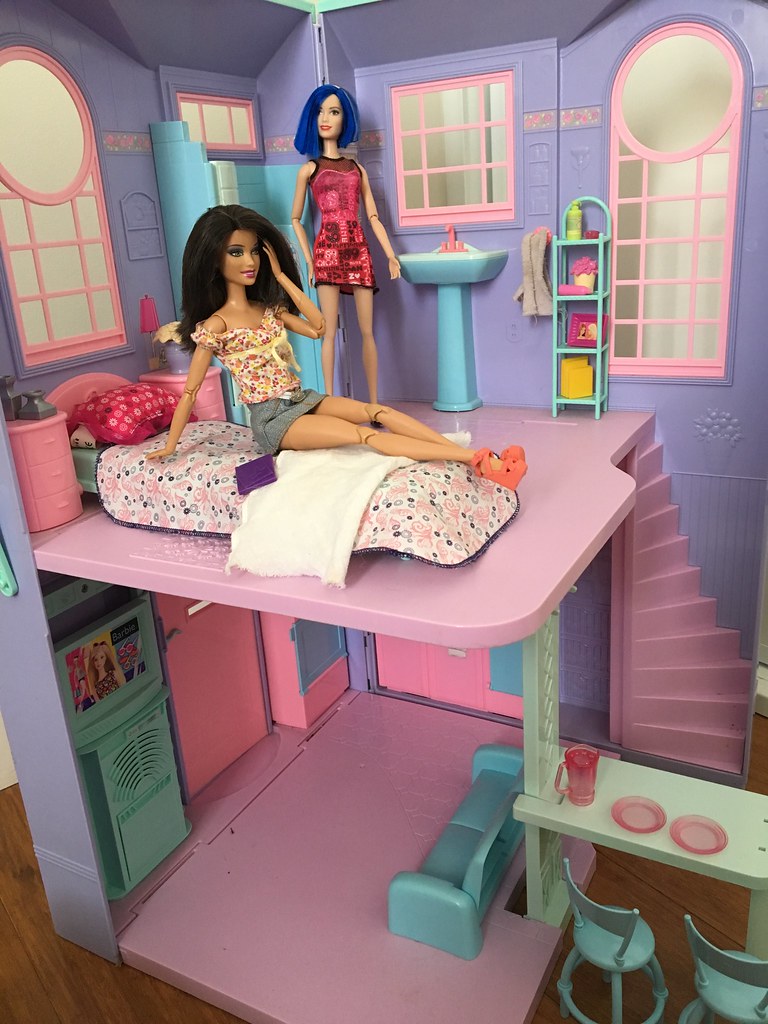 This is how big the house is in total. The bottom floor is quite hard to use -especially the kitchen- because the top floor is in the way. But that’s probably because I am so big!

Do you like this house? Do you own this house? In the comments section for the video I linked at the start, one commenter says that she had this house, but her brother broke it after doing a poo on it accidentally. I’m not sure whether that’s true or not, but it’s a weird story either way.