I really, really like the Happy Family series, but often, I don’t feature it in posts because I find it difficult to make up a story. Like, it’s a family. They go about their daily life. I don’t have any other “older” looking dolls they can interact with. So I made this -more photo, less story.

Also -do you prefer having the text above the picture or below? I keep swapping because I can’t decide! XD Please let me know in the comments which you prefer. 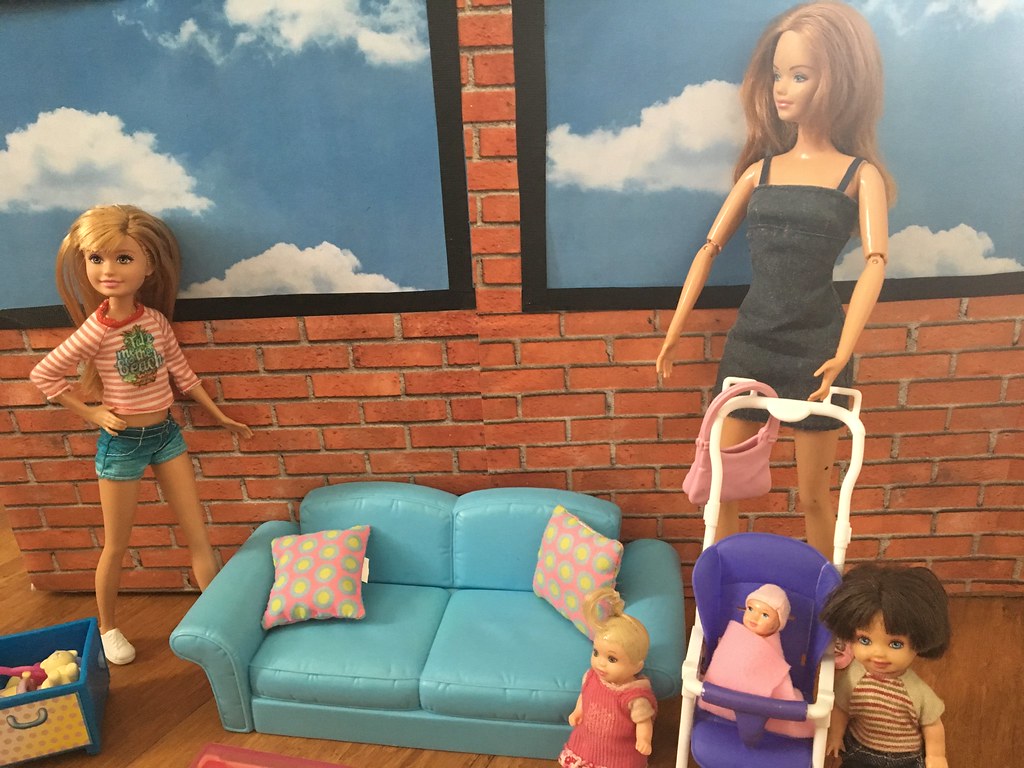 Midge sighs, just a little. She doesn’t have a car, and the walk to the doctors has been long and painful, and not just because she had to carry Nikki most of the way.

“Because, Ryan, you are a big boy. Remember when we discussed that earlier? No more riding in the pram. You’re too heavy, you’ll break it.” 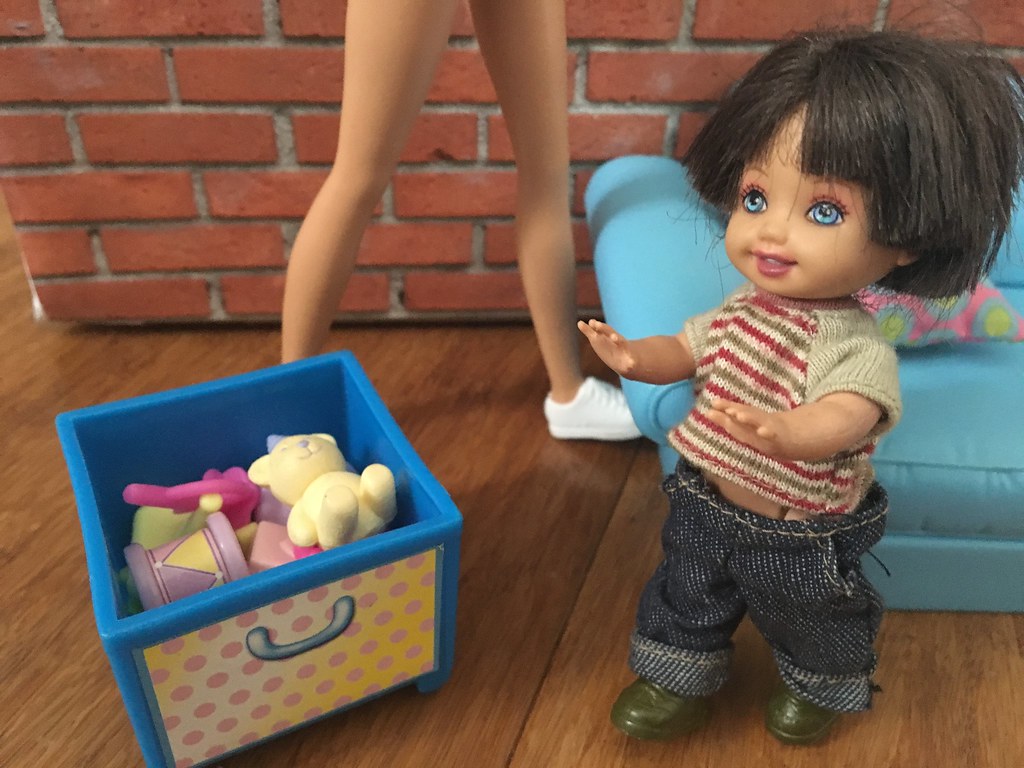 Thankfully, Ryan’s attention is diverted when he discovers the box of toys in the waiting room. 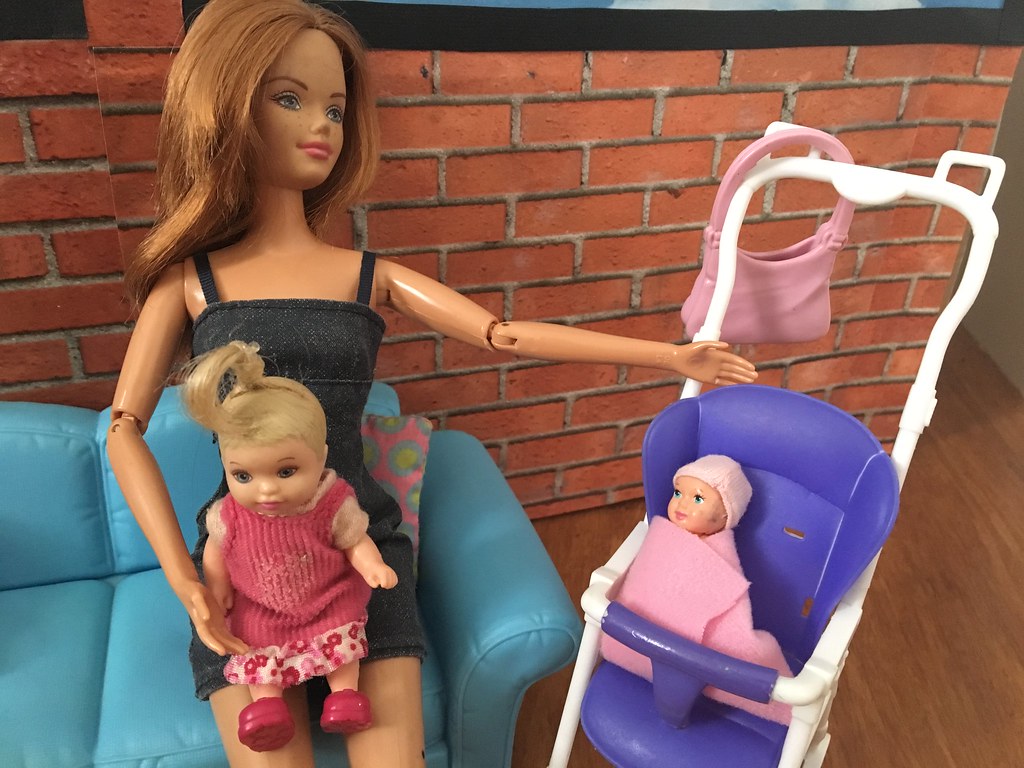 Midge sits, grateful for a break, and rocks Cassandra’s pram to keep her from crying. That’s the last thing she needs right now. Nikki climbs up onto Midge’s lap contently. 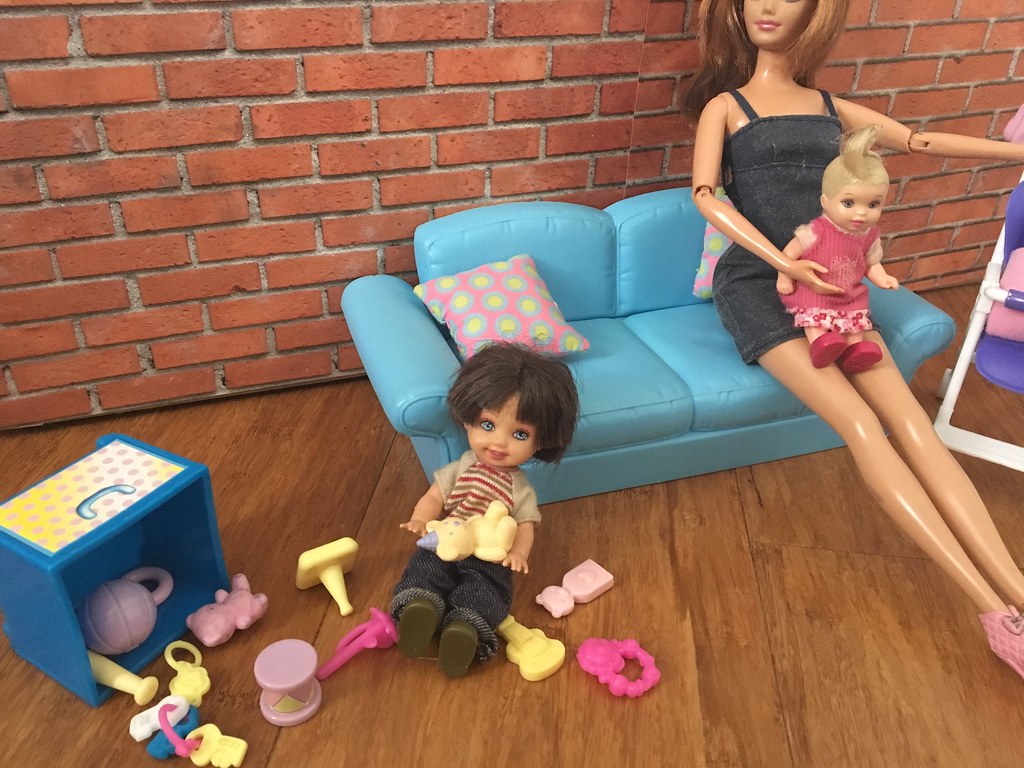 Suddenly, there is a crash, and Midge looks over. “Ryan!” She scolds. He has tipped the whole box of toys over, scattering them across the room. She places Nikki on the couch and bends down to pick them up. Ryan doesn’t bother to help.

Midge looks up and sees the doctor waiting for her. She clears her throat awkwardly. “It’s, uh, Ms Hadley now.”

“Right.” The doctor seems unfased. “Are you and Cassandra ready?” 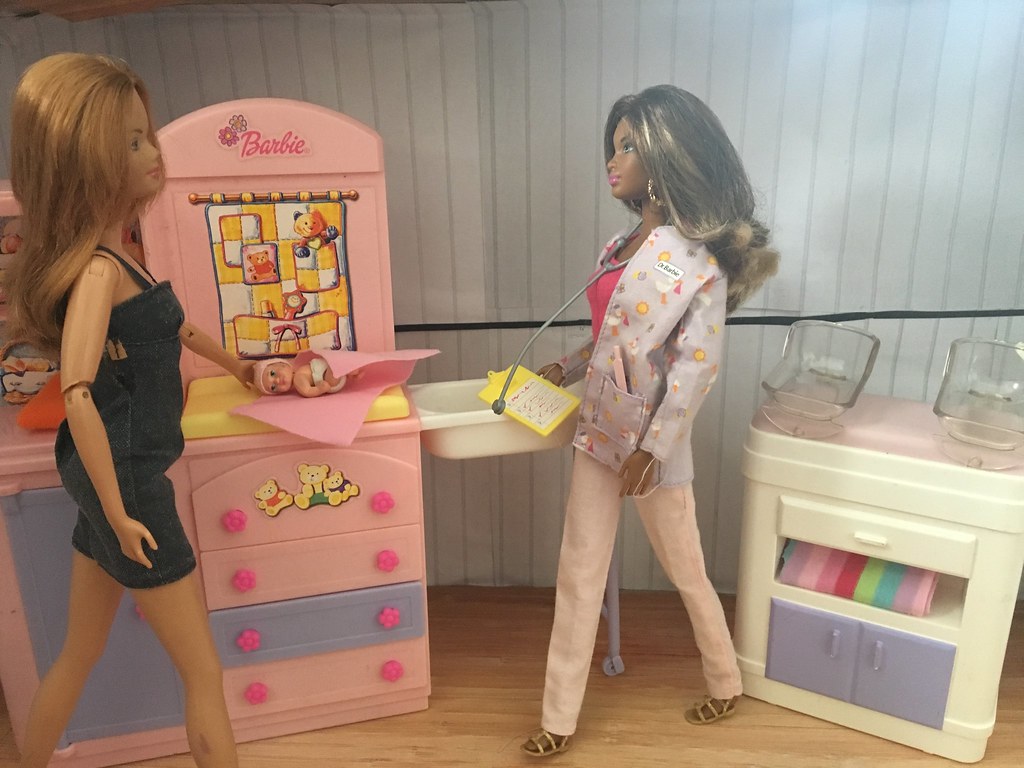 They move into the doctor’s office and Midge places Cassandra on the table. She’s thankful she’s not crying like last time. That was embarrassing, even though the doctors assured her they were used to it. “All going well?” The doctor asks.

“Yes,” Midge replies. “She’s feeding as normal, but I’m not sure if she understands the concepts of daytime yet. I’ve been changing her clothes as soon as she wakes up, which seemed to work with Nikki, but… Let’s just say, it’s taking awhile.”

The doctor smiles as she checks Cassandra. “Don’t worry too much about her sleep patterns, it’s normal for things to not have settled down yet.”

“So you’re telling me not to get my hopes up for tonight?”

The doctor laughs. It’s forced. Midge wonders how long her day has been. 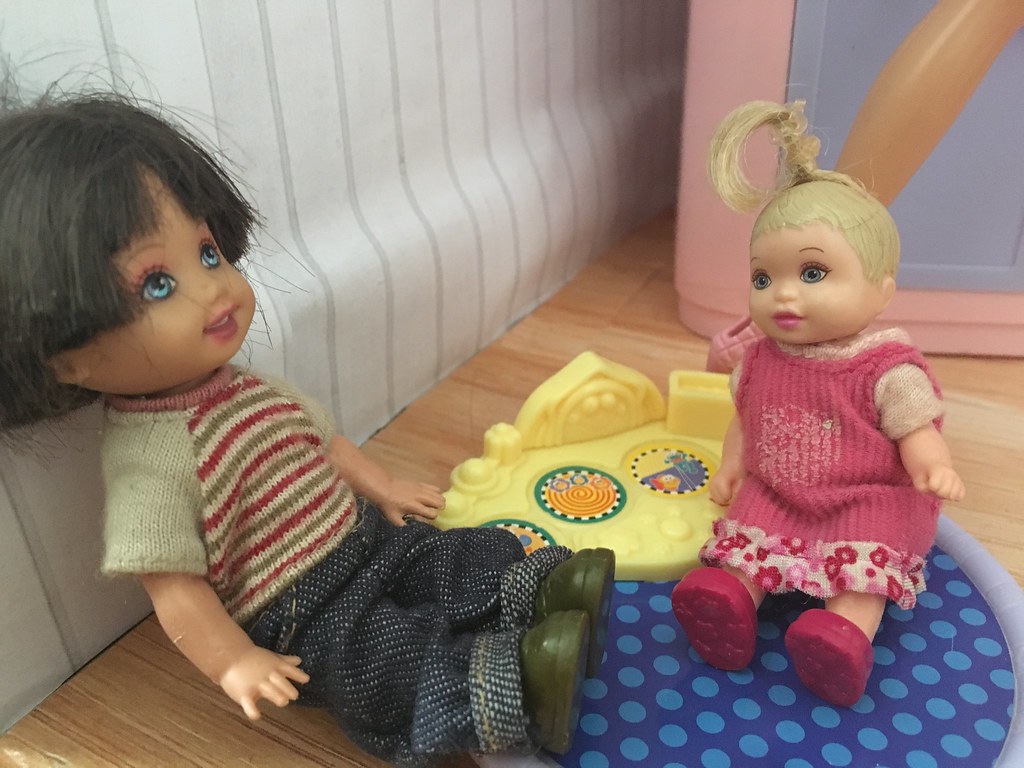 Meanwhile, Ryan and Nikki are entertaining themselves with the toys. Well, Ryan is, at least. 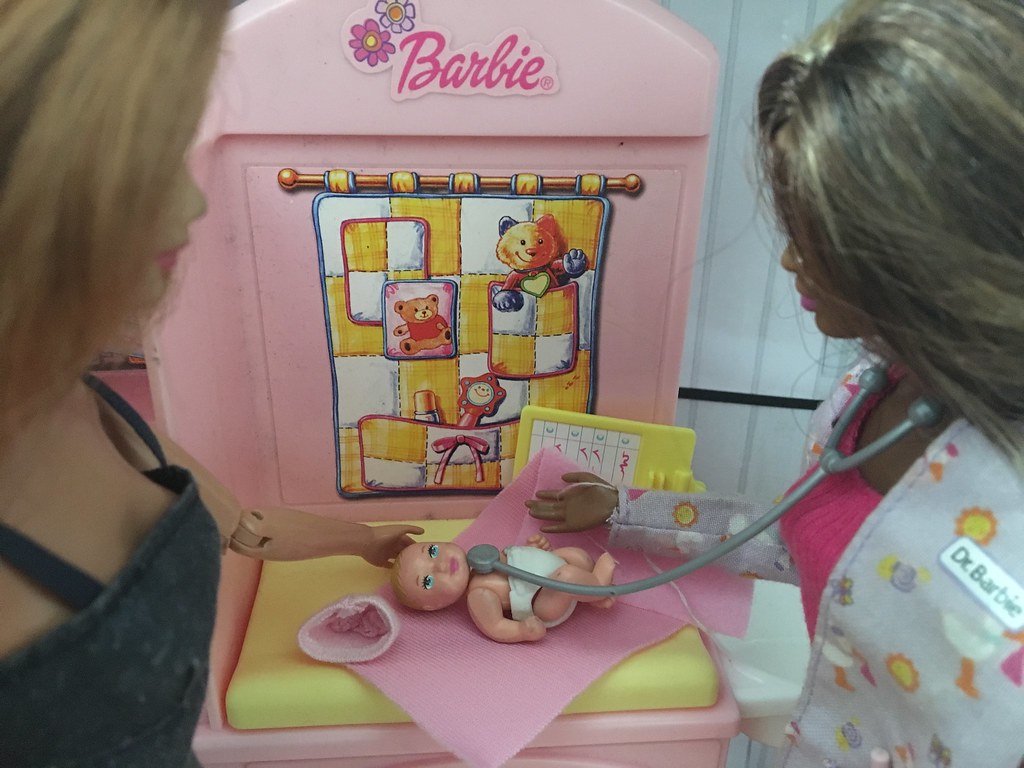 “What about you?” The doctor asks. “Getting enough sleep? Keeping up with things?”

“I tell you, Midge, you’ve been lucky. Three children and no complications so far.” Midge isn’t sure if the doctor is reminding her that other people have it worse. She knows that, of course, but it doesn’t really help when it’s two am and the whole household is awake. 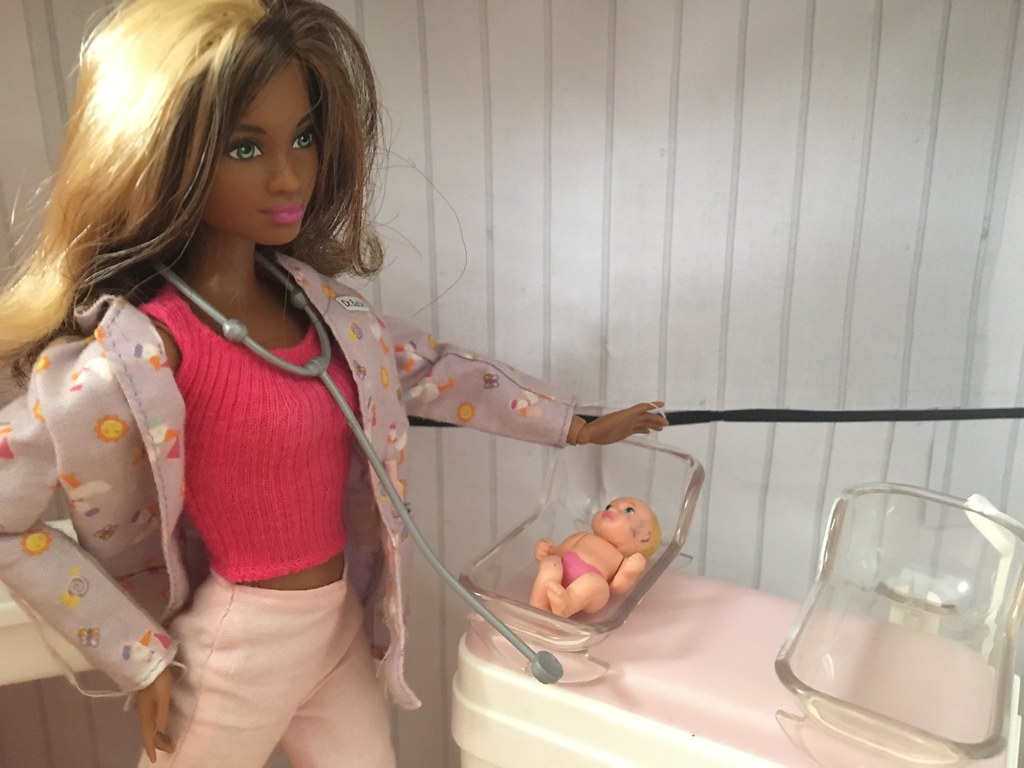 The doctor checks Cassandra’s weight and is about to announce that it is well within range when Midge’s phone rings.

“It’s okay, you can take it,” The doctor says. “I still have to write all this down.” 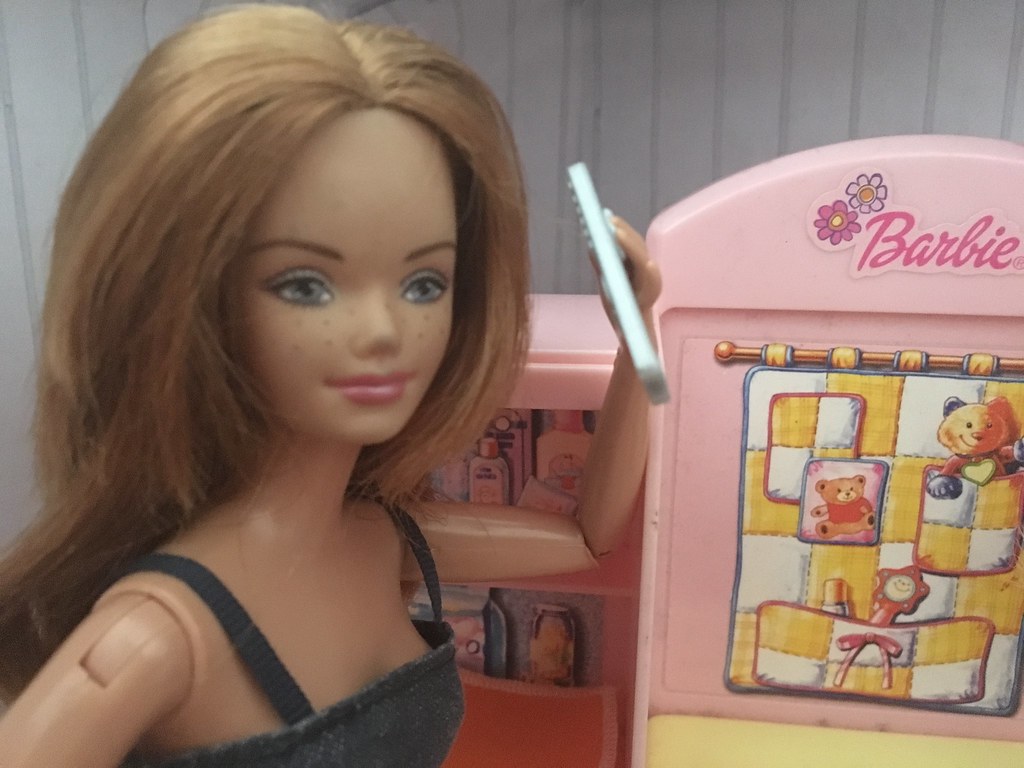 It’s Alan, wanting to know where she is. He is supposed to be picking the kids up this weekend.

“Sorry, I’m still at the doctor’s. I didn’t think you would arrive this early. Stay in the neighbourhood, and we’ll meet up soon.” 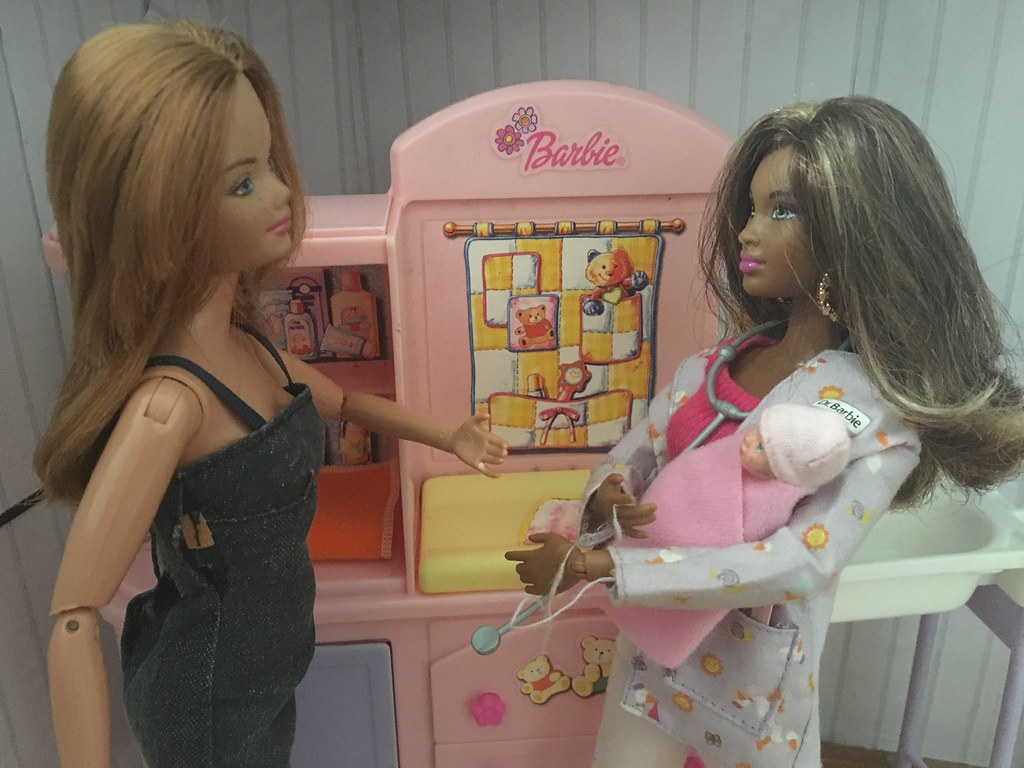 “All good?” The doctor asks, raising her eyebrow.

“All good.” Midge replies, taking Cassandra back. “When will I have to come back for another check-up?”

“Not for another two months. But call me if you need anything, okay?” Midge nods. 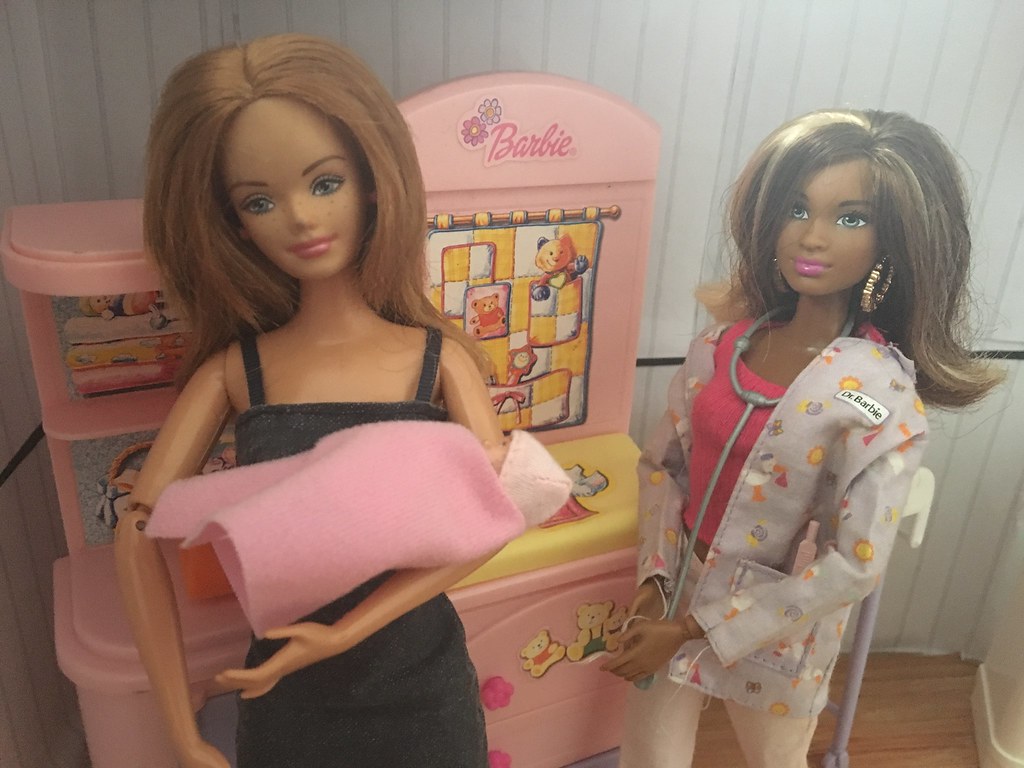 It’s time to go home and face Alan. Midge hopes his new girlfriend won’t be with him, the blonde bimbo who laughs after everything he says.