So, let me preface this by saying that I made a big mistake with this photostory. Instead of printing off a backdrop like a regular person, I decided that I would Photoshop a background into ALL THE PICTURES like a crazy person.

Fast-forward to today and I realised that it takes a very looonnnggg time to individually Photoshop every single image. SO some of these have nice pretty backgrounds and some of them, er, don’t.

If I ever have a stupid idea like this again, somebody stop me from wasting all my time. 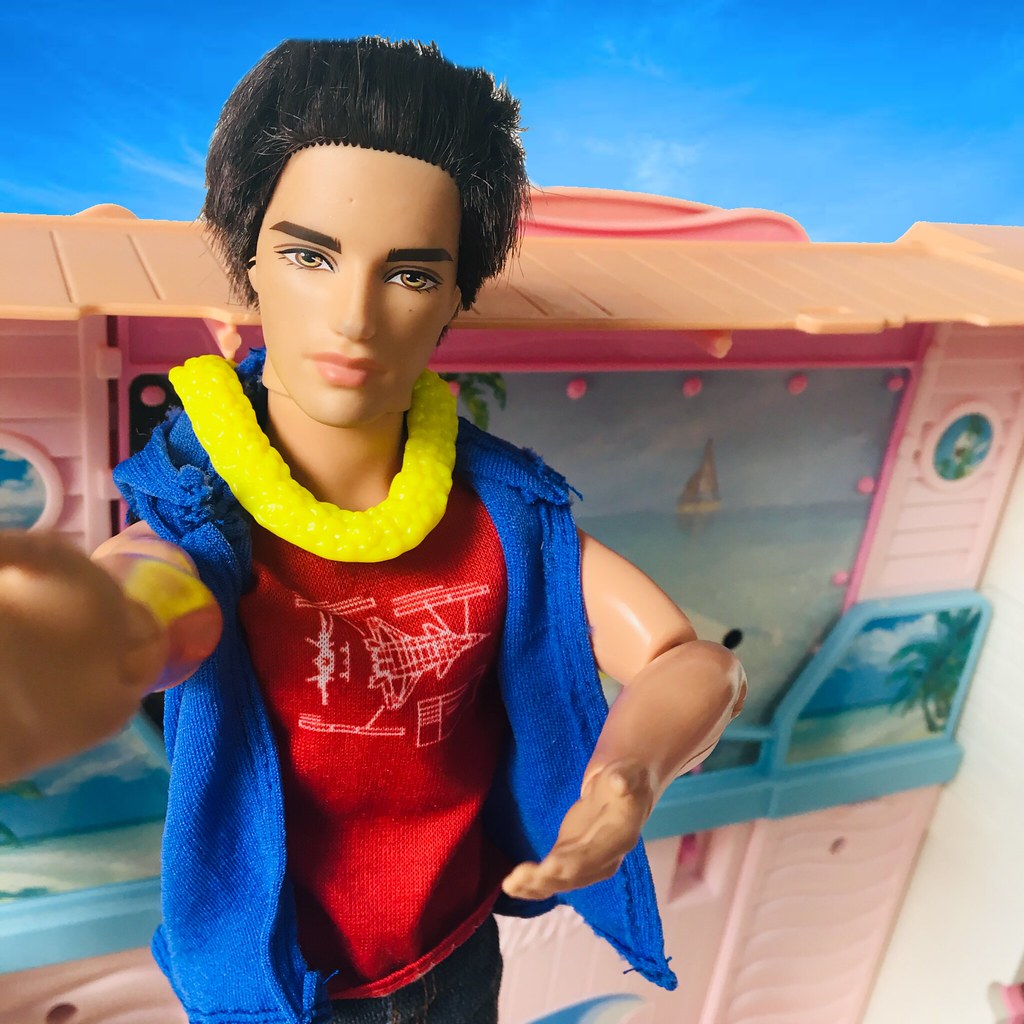 “Hey guys! It’s Ryan Kim and welcome back to my CHANNEL! Today’s vlog is all about DAY 1 of my cruise ship ADVENTURE! Who’s ready to party with Ryan??” 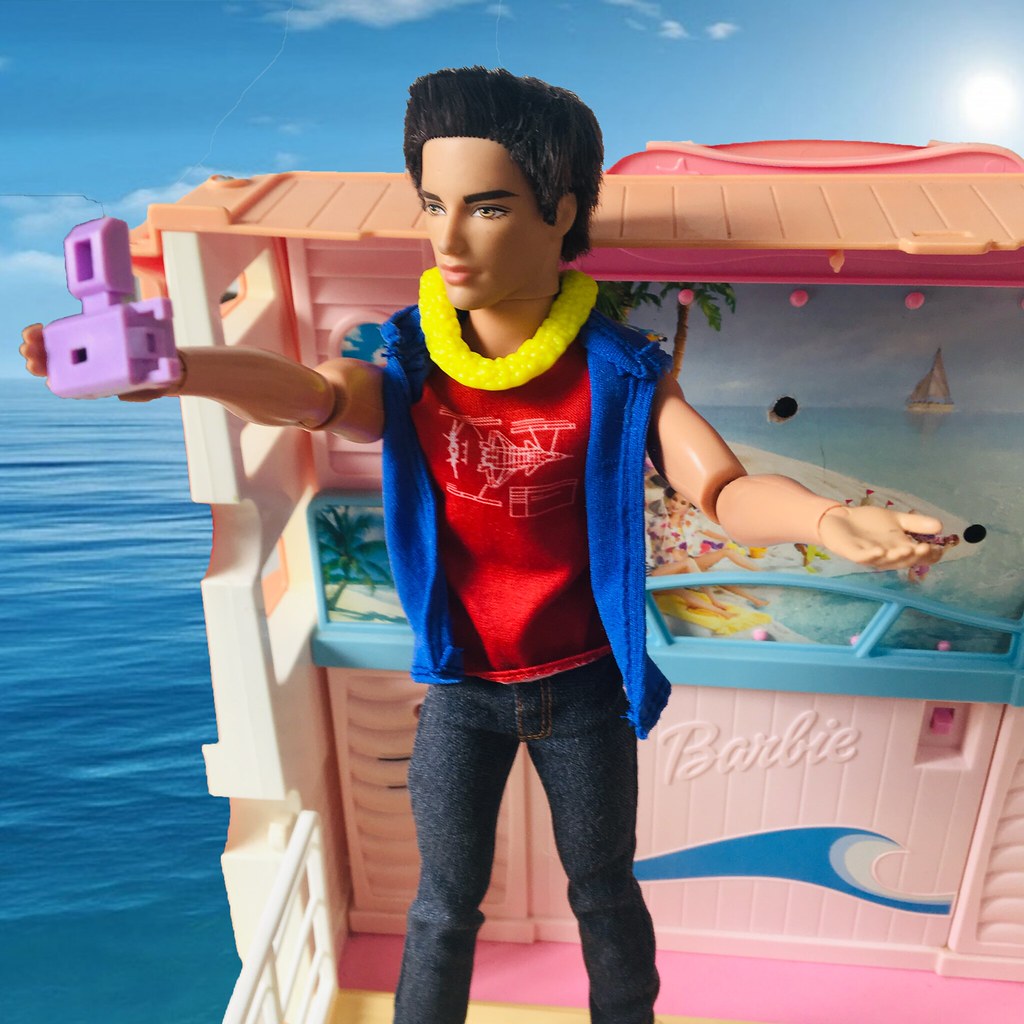 “We’ve just boarded the cruise ship and now we’re waiting to head off!” 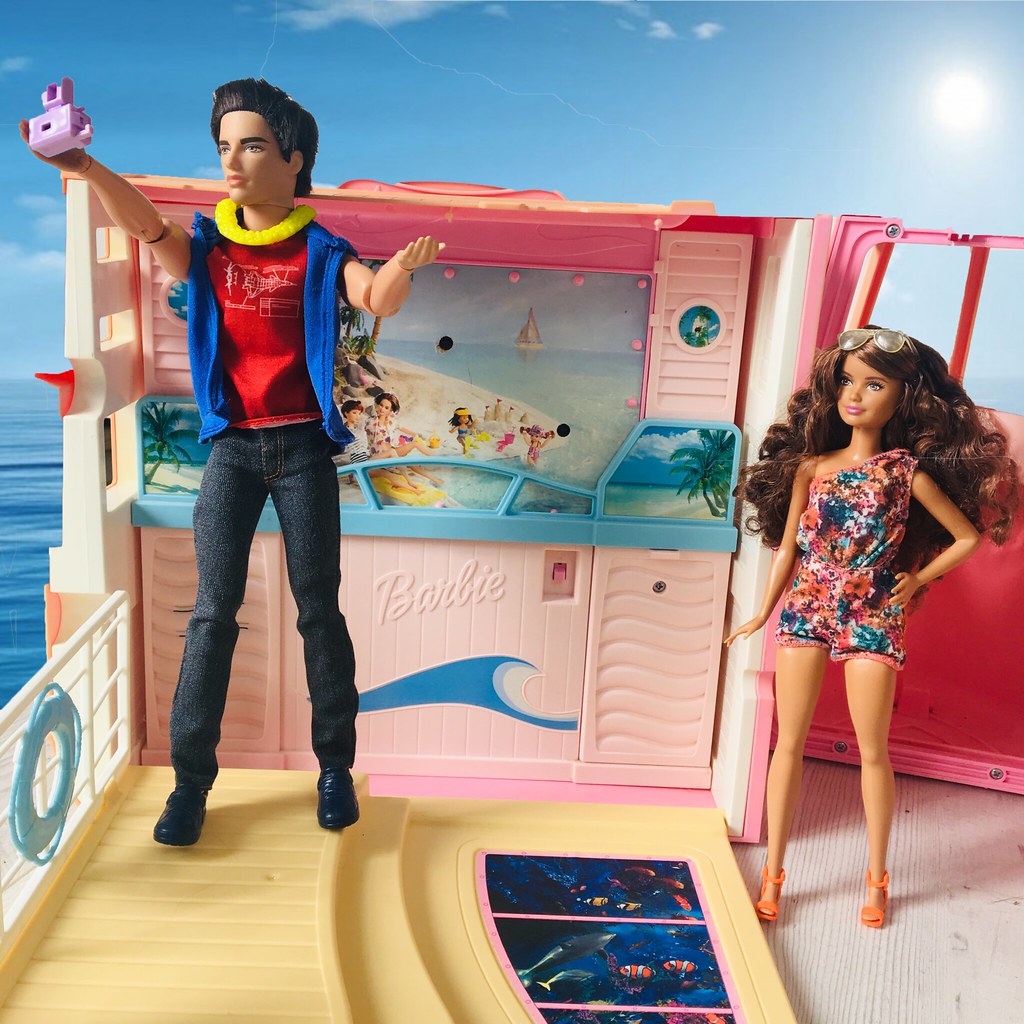 Chris wonders what on Earth is happening -why is this guy talking to a camera by himself? What is he doing? 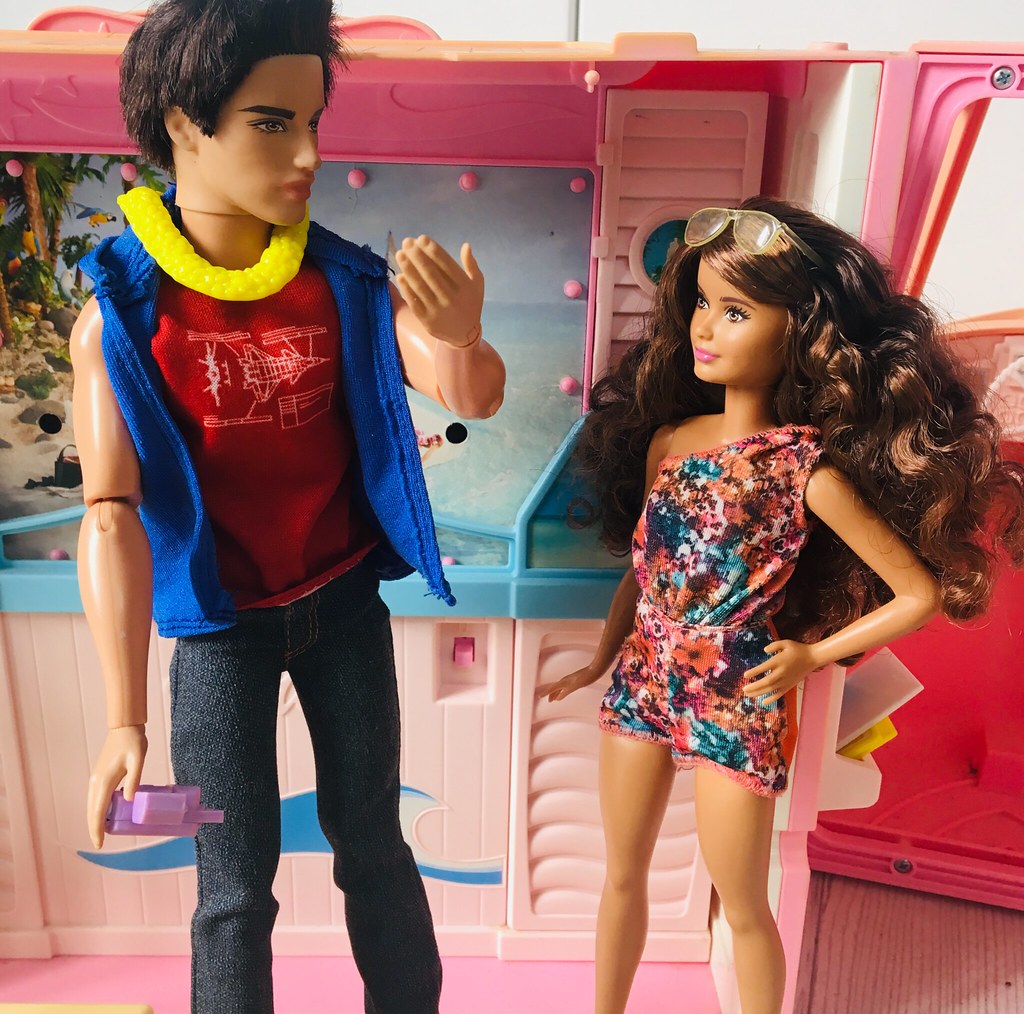 She decides to go over and ask. “What are you doing?”

“I’m a vlogger!” Ryan explains. “I’m documenting my holiday. I’m going to get famous from this!” 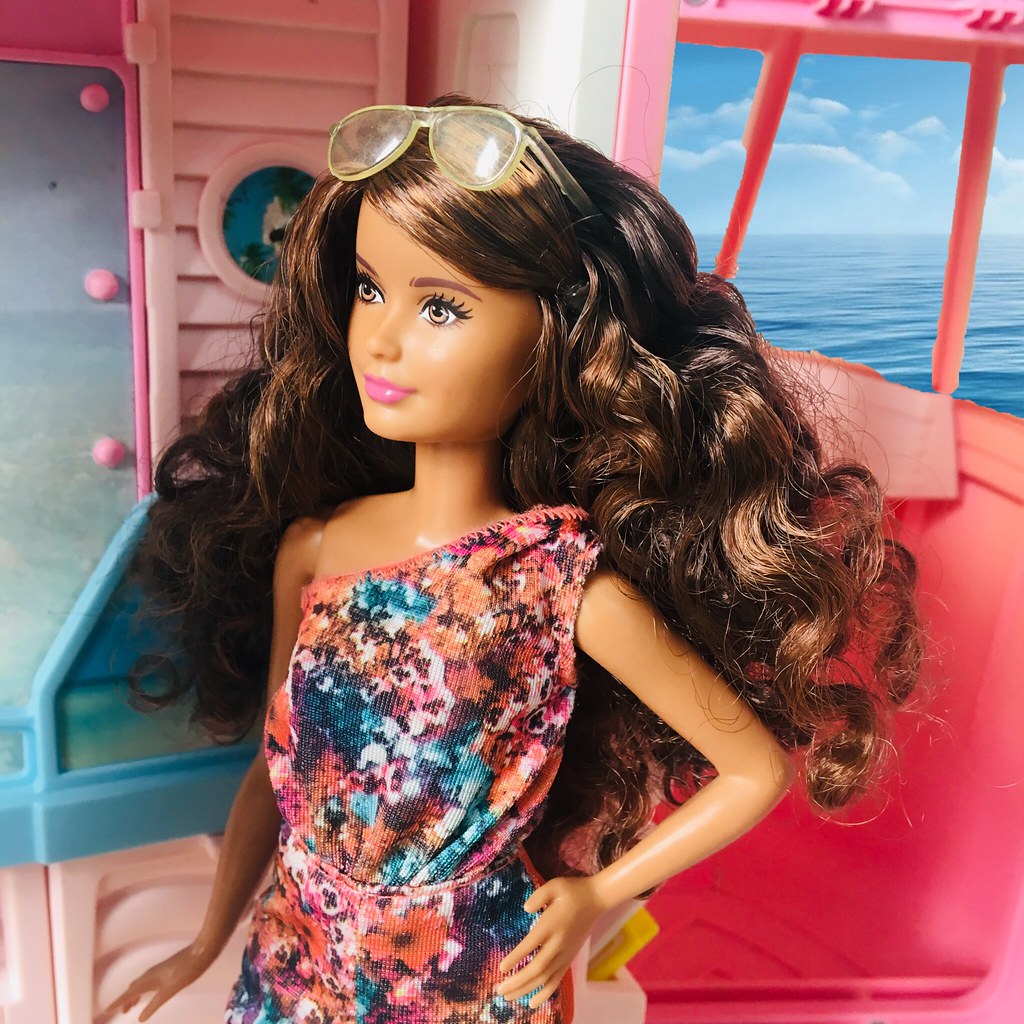 “You think vlogging your boring holiday is going to make you famous?” Chris raises her eyebrows. “You need to do something crazy for that to happen -like jump off the side of the boat! Or get eaten by a shark!”

Ryan isn’t sure he’d like to be eaten by a shark. Still, Chris has a point. It was unlikely a boring holiday vlog was going to go viral. 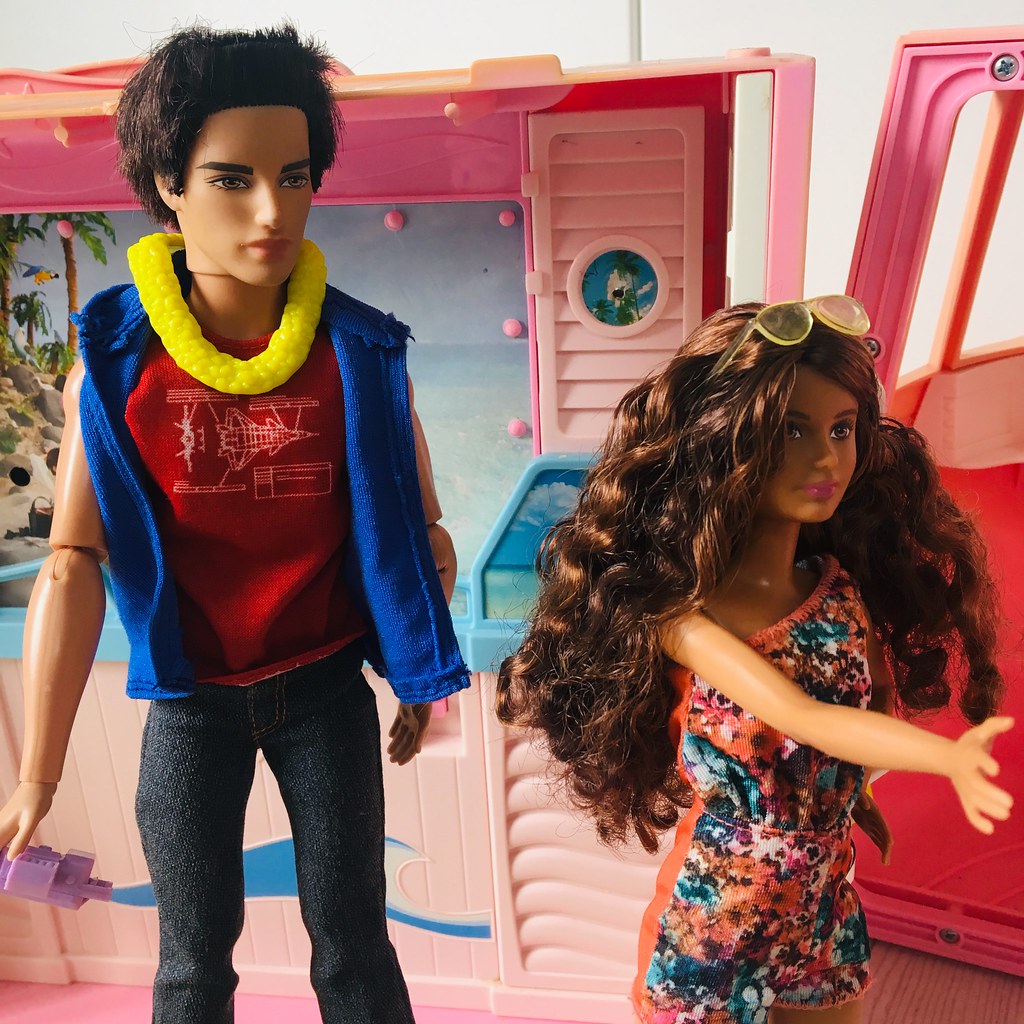 “If you want to become famous, why not speak to that girl over there?” Chris continues. “She’s Chloe Woods, the editor of Fashion Planet. She needs a new model to join her agency. You could become a famous model instead!” 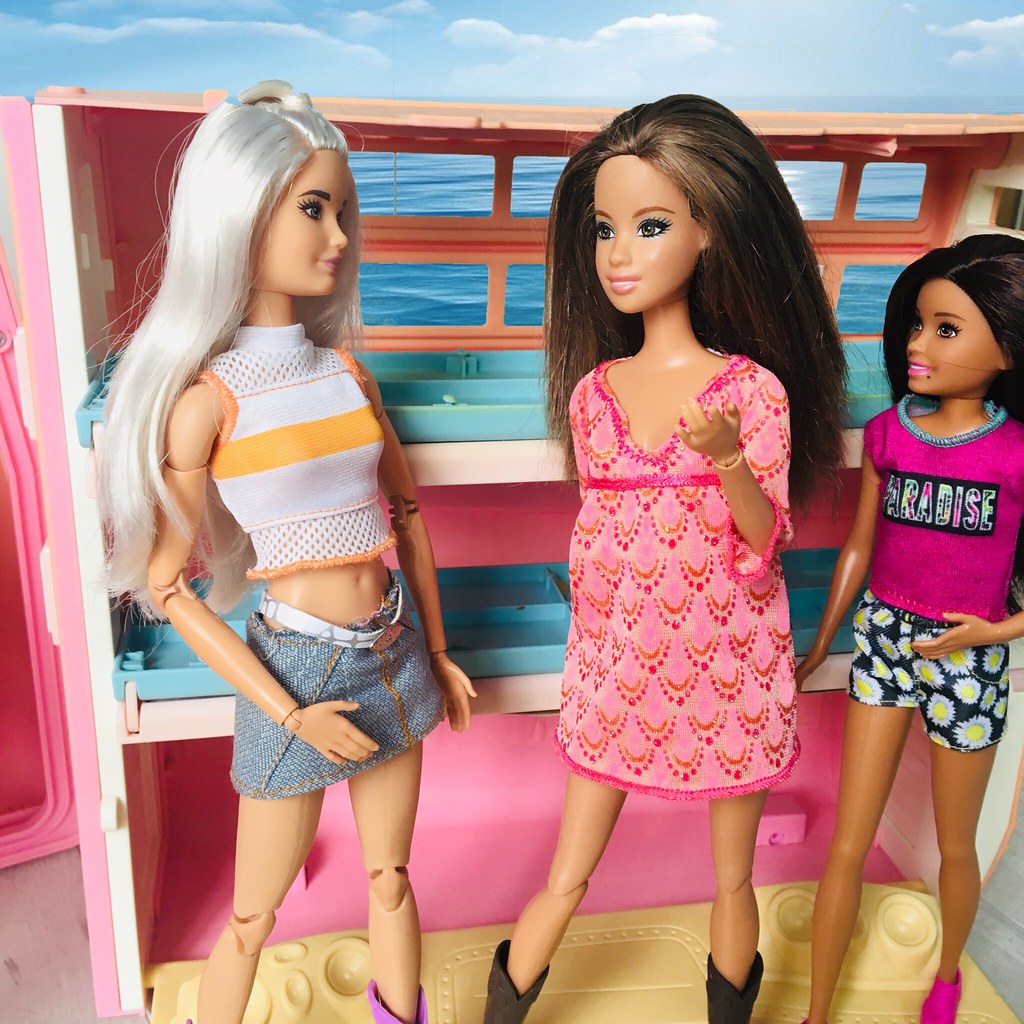 Chris is right -there she is! Chloe is talking to Ryan’s girlfriend Emily. 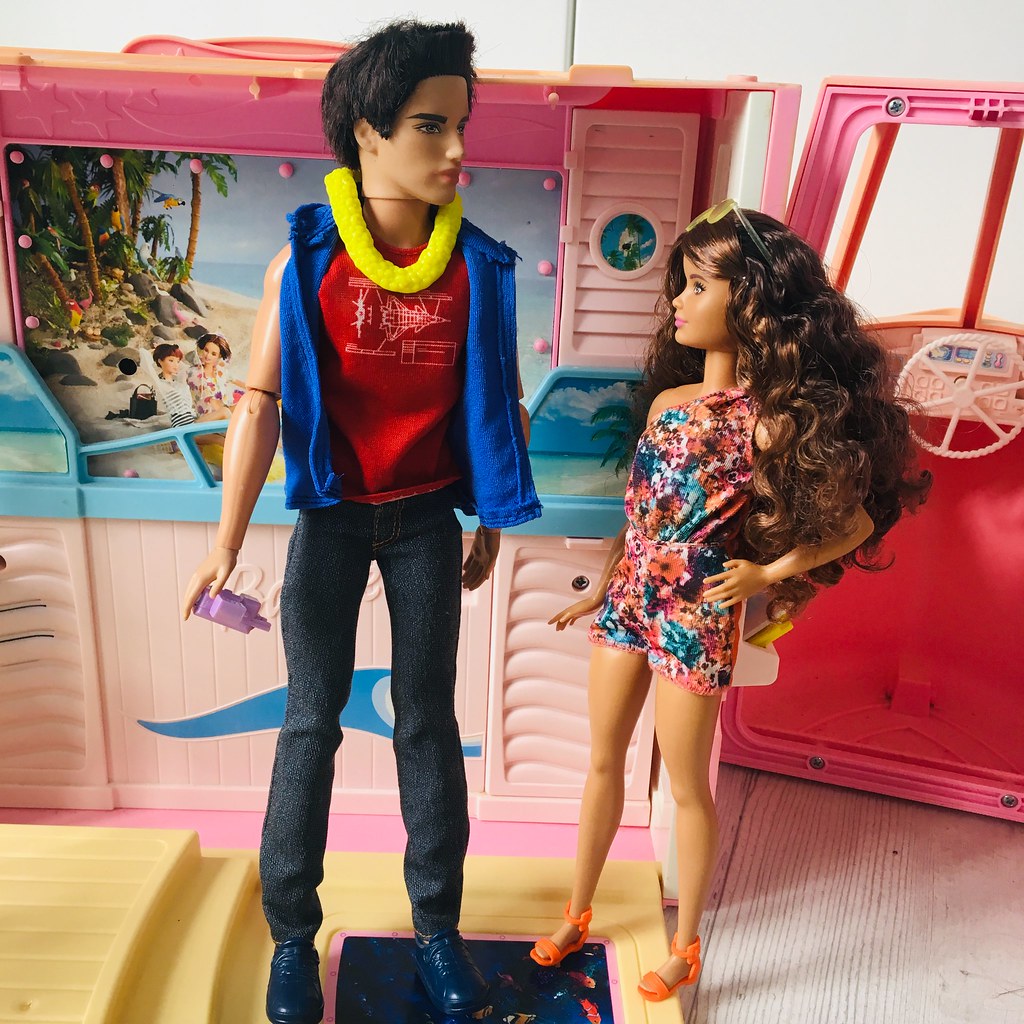 “Well… I guess being a model would be kind of interesting…” 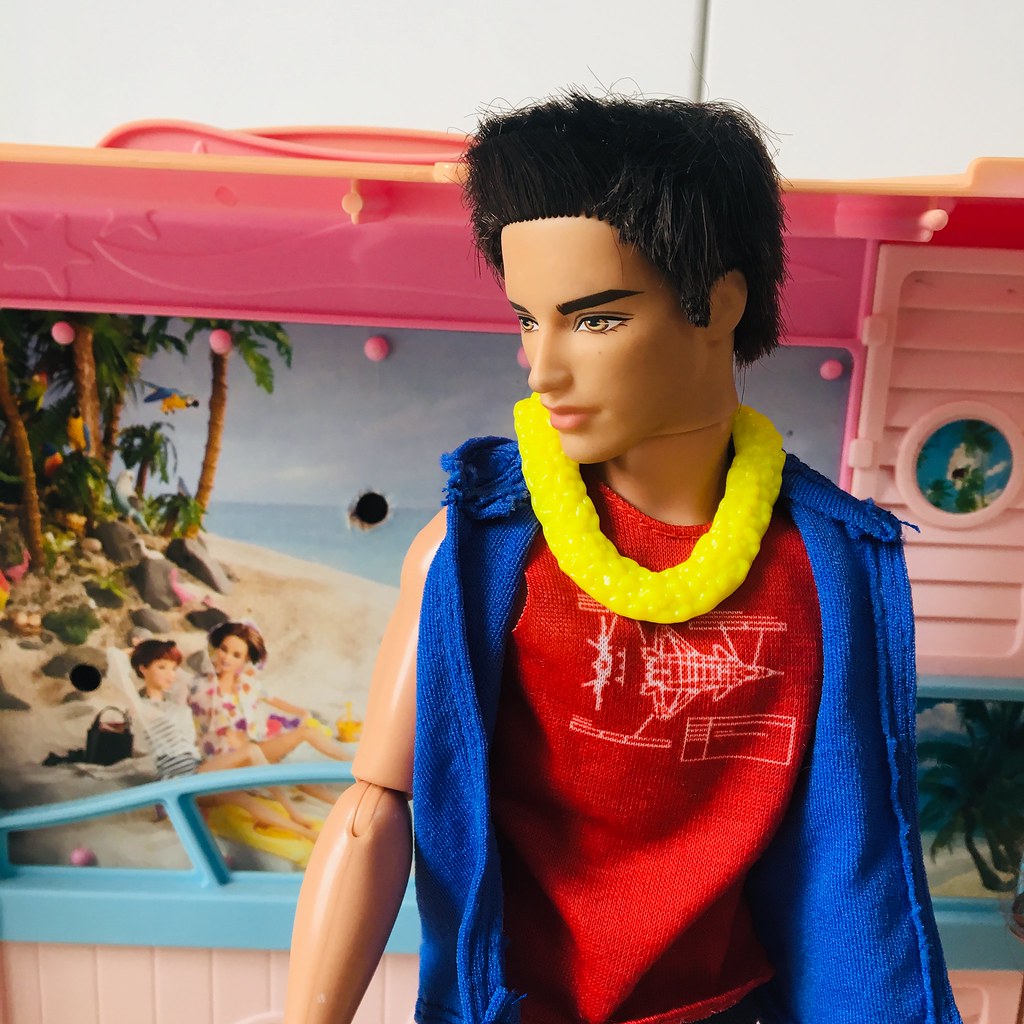 Ryan wonders how he can convince Chloe to sign him for her modelling agency. If only his girlfriend Emily wasn’t in the way of things… 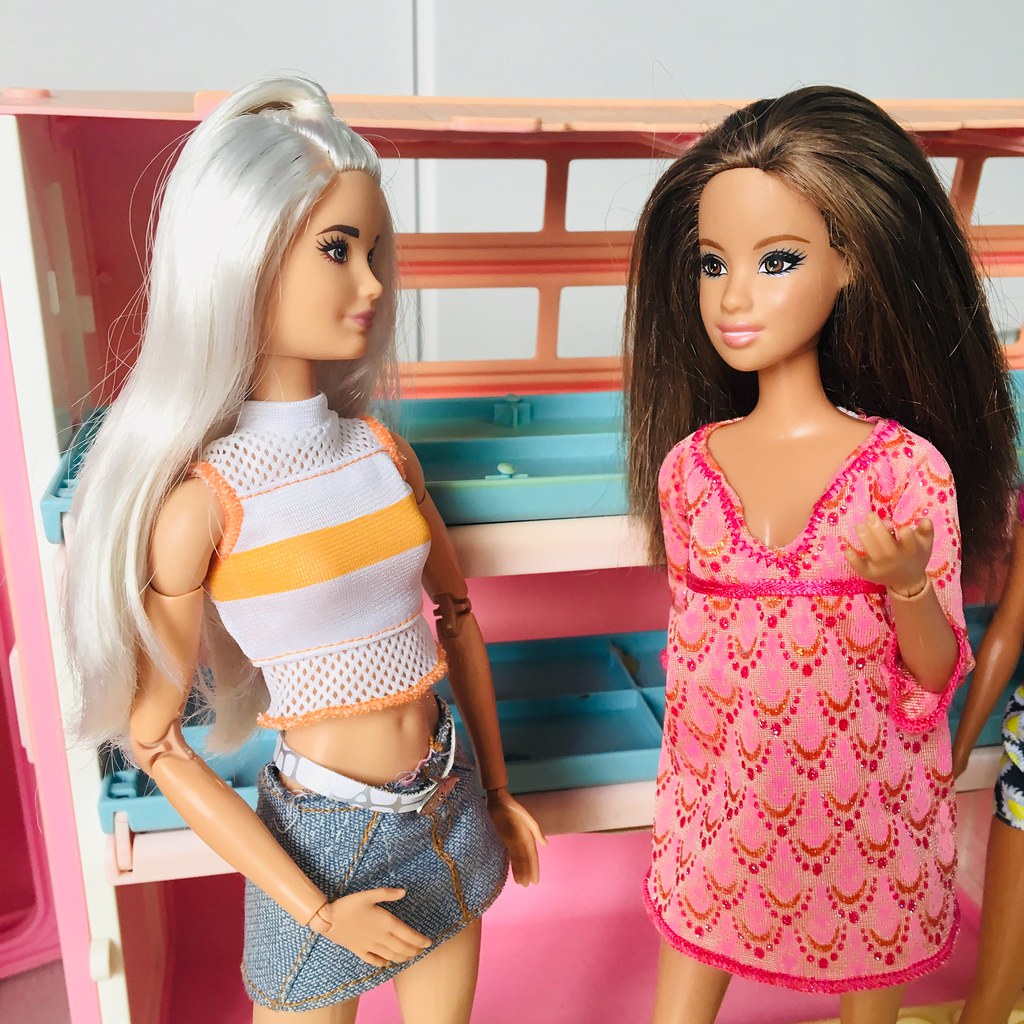 Back on the other side of the cruise ship, Emily and Chloe are still chatting away. “I wonder when we’re going to actually leave the marina,” Emily says. “We’ve been waiting to go for ages! Why isn’t the boat moving yet?” 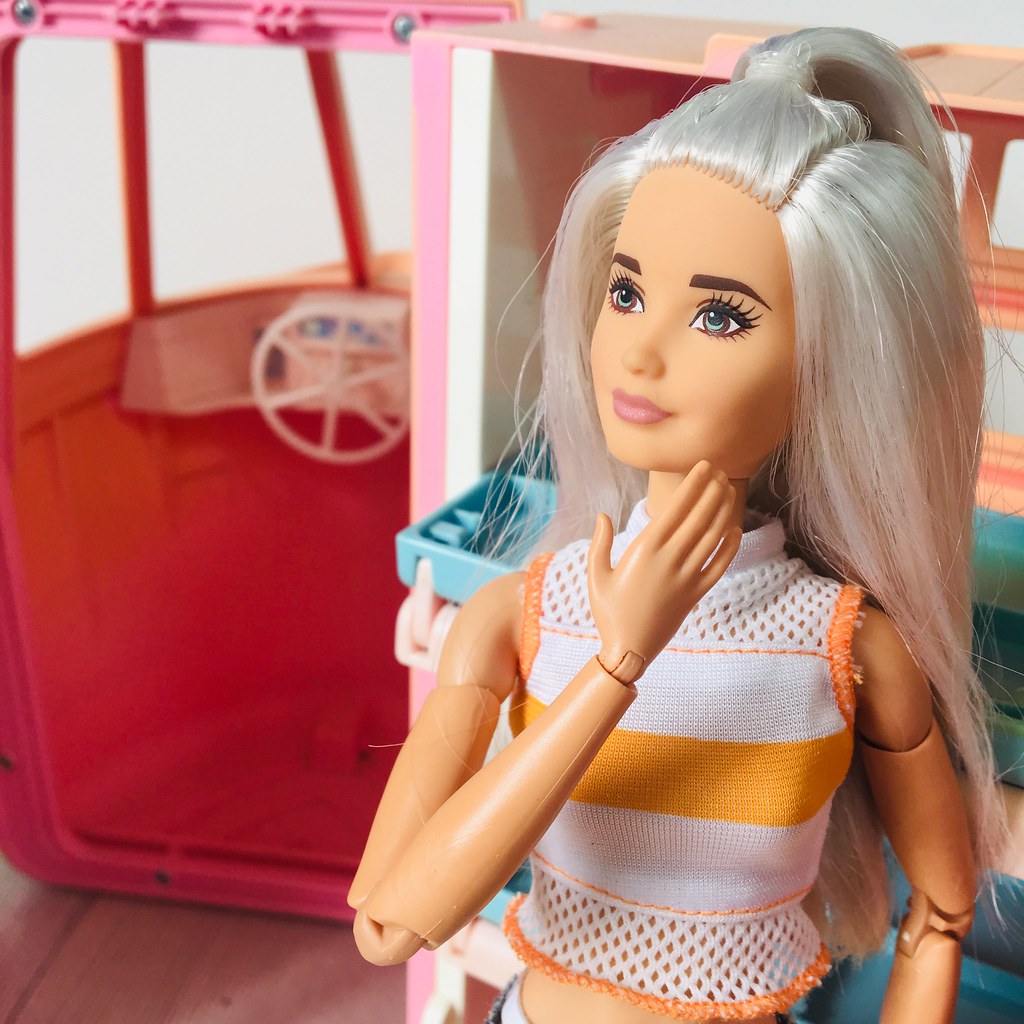 “I wonder where the captain is…” Chloe says. “Maybe he is running late.” 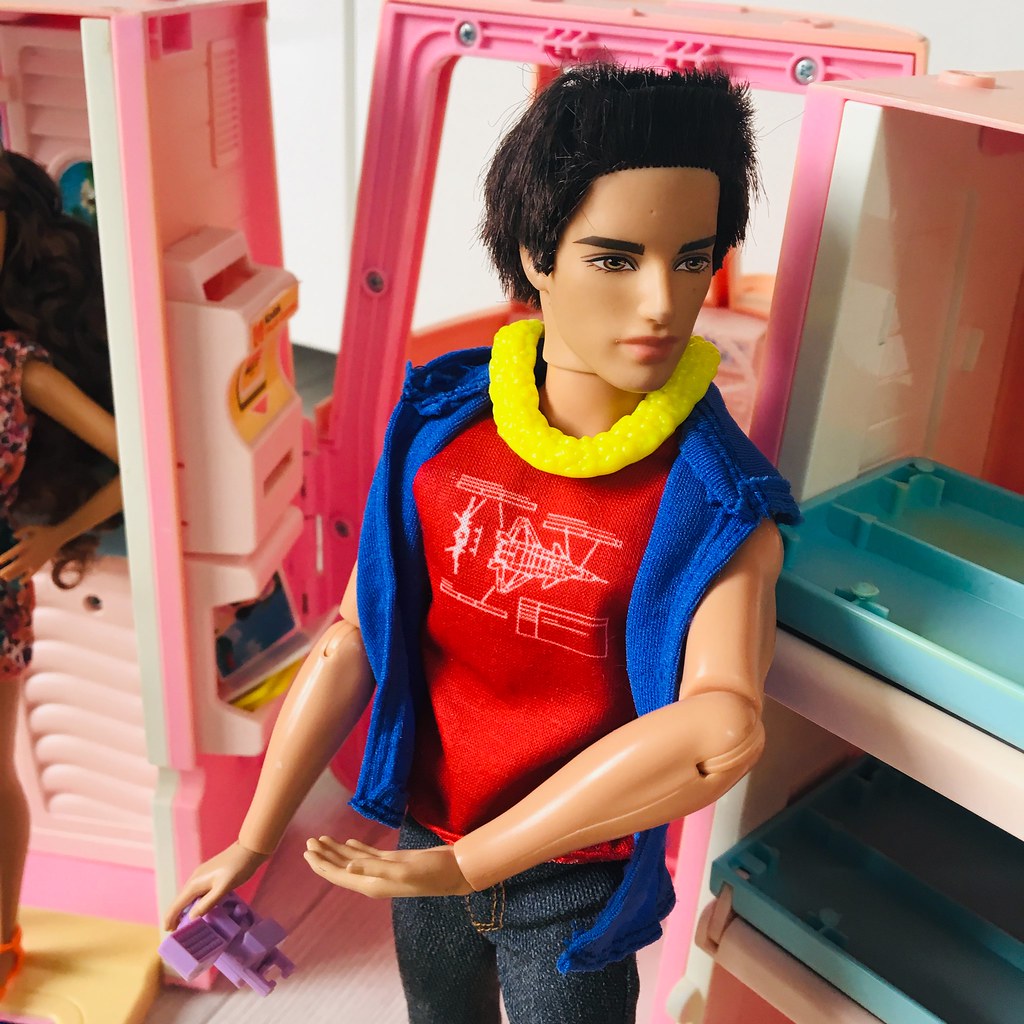 Ryan’s girlfriend, Emily, runs over for a hug. “Ryan! I’ve barely seen you all day! I’m so excited for us to spend this whole cruise together!”

Ryan pushes Emily away. “Sorry, Em, I’ve made an important decision! I’m breaking up with you! Don’t ask why, you won’t understand.”

Emily is shocked. “…What?” She stares at Ryan for a moment before running away. 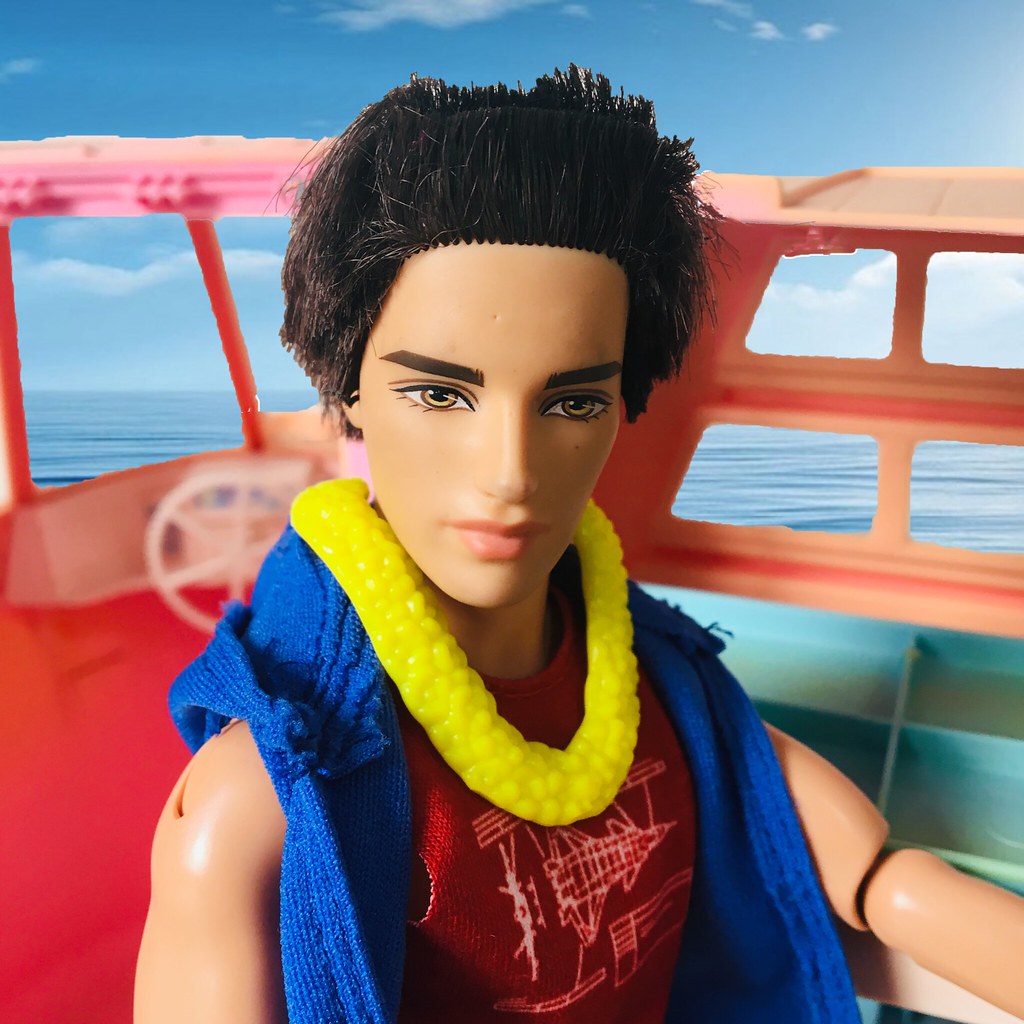 Ryan steps towards Chloe. “Sorry about her! She’s always so dramatic. You were saying something about the captain, right? Well, that’s me! I’m the captain!”

Ryan is most certainly not the captain, but he wants to impress Chloe. 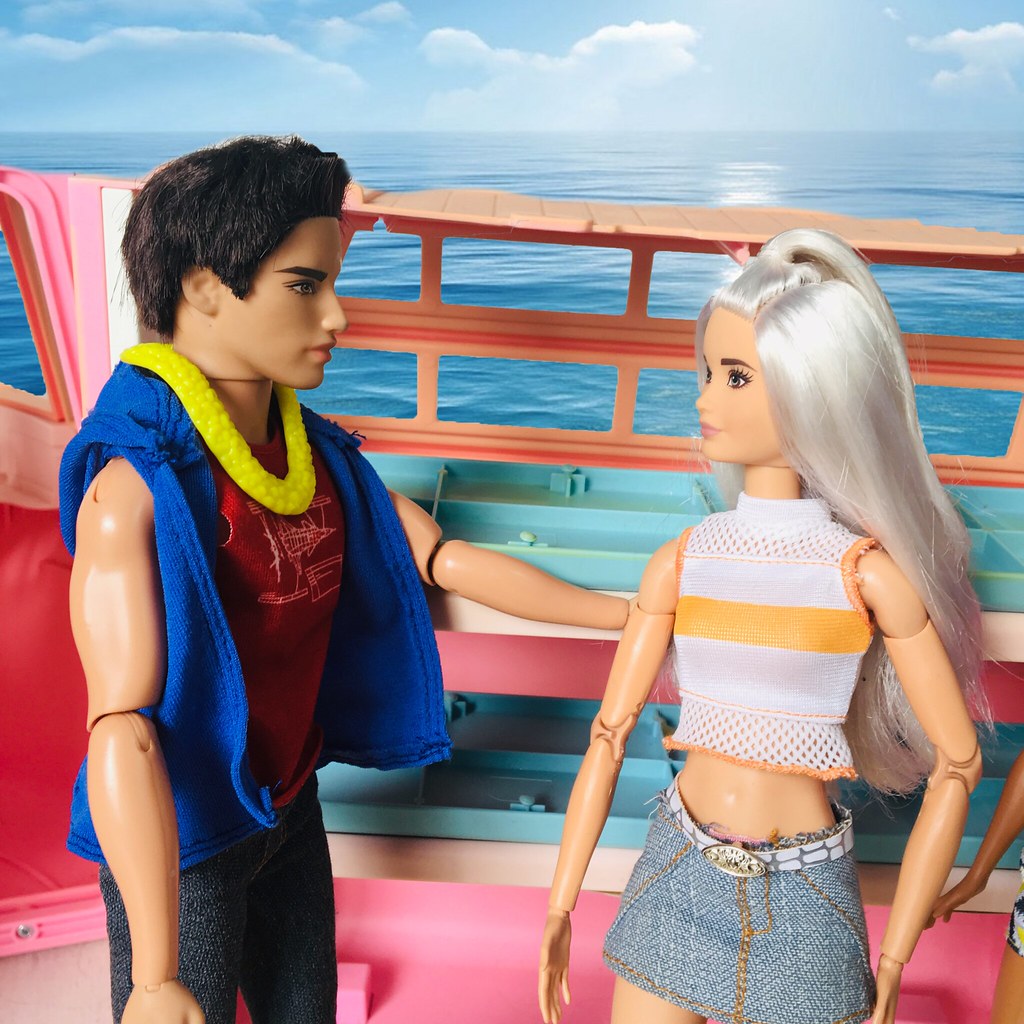 “Well, captain, I’m Chloe Woods. Do you think we could get moving already? We’ve been waiting for ages now!”

2 thoughts on “Ryan Makes His Move // All Aboard”