Found these for $20 online and drove for an hour to get them. No scalper prices ($600+? Not here!) and no shipping costs. I never thought I would own these dolls, but look what happened! What luck! Next thing you know, I’ll find a (dressed) Kelly doll at a market! Haha. 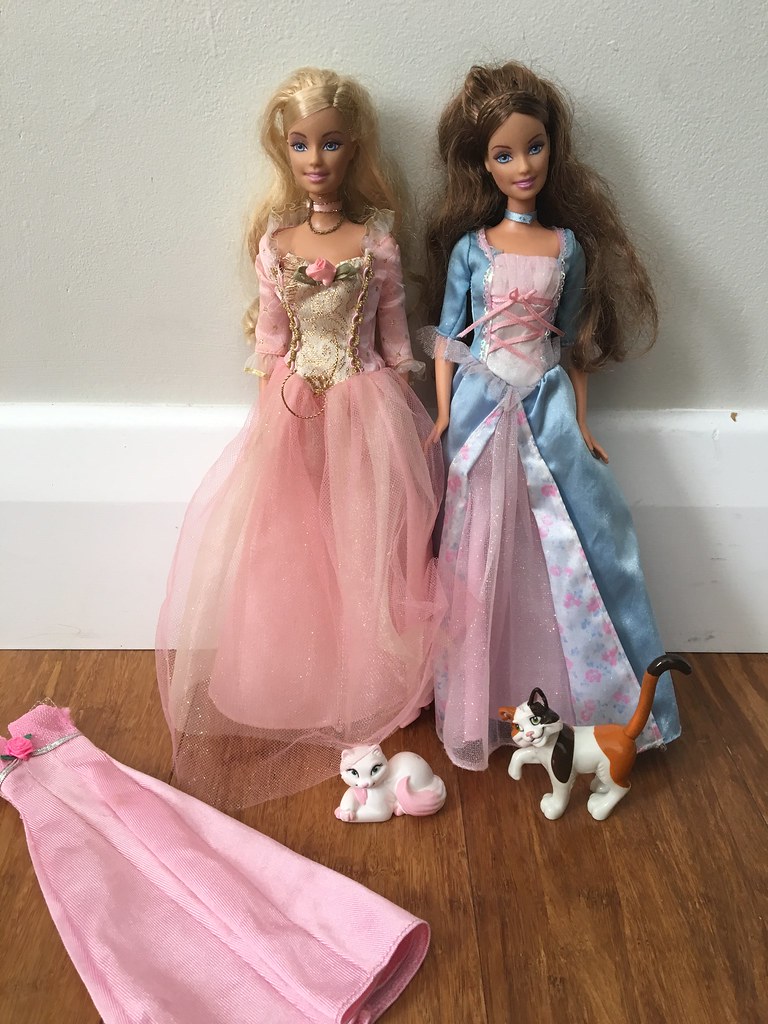 This is the sorry state they arrived in. The seller added in the extra dress (not sure if it’s even Barbie brand…) because Anneliese’s dress is broken. I tried to sew it up, but it didn’t work because the material is all frayed. The seller looked a bit older than me, which is awesome, because I’ve only met one person somewhat close to my age that likes Barbie. 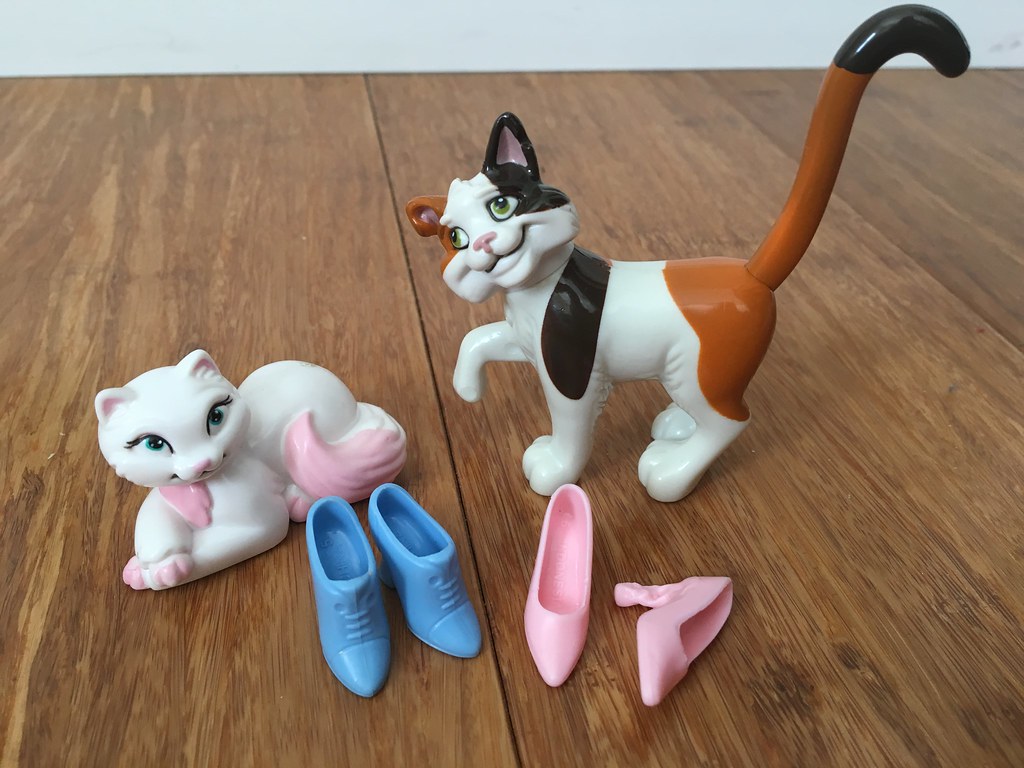 Both the cats look weird, but I can deal with Serafina. Wolfie, on the other hand, looks high af. On the bright side, his head can turn around.

Erika’s shoes are the cutest little booties! They snap on perfectly and aren’t loose at all. I threw away Anneliese’s shoes because the thought of touching something that had been bitten by a stranger is a bit too much for me. Besides, they’re only pink heels, and I have plenty of those. 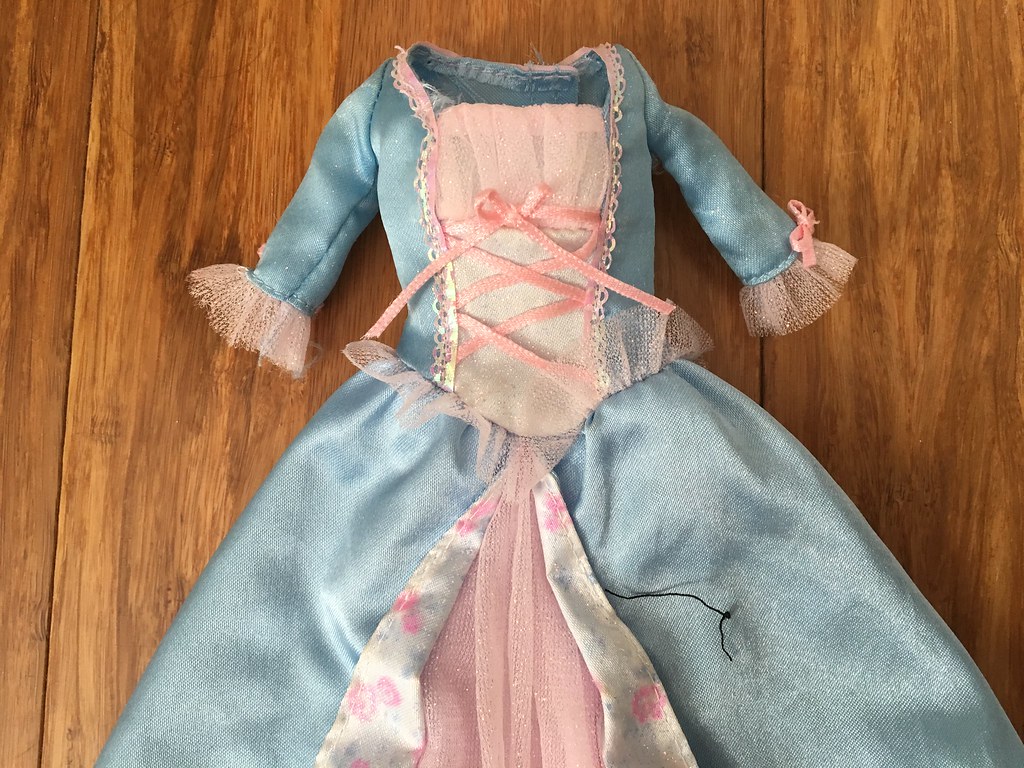 Erika’s dress was in pretty good condition. It’s gorgeous, isn’t it? And I thought the dress from 2007 was lovely, this is even better! 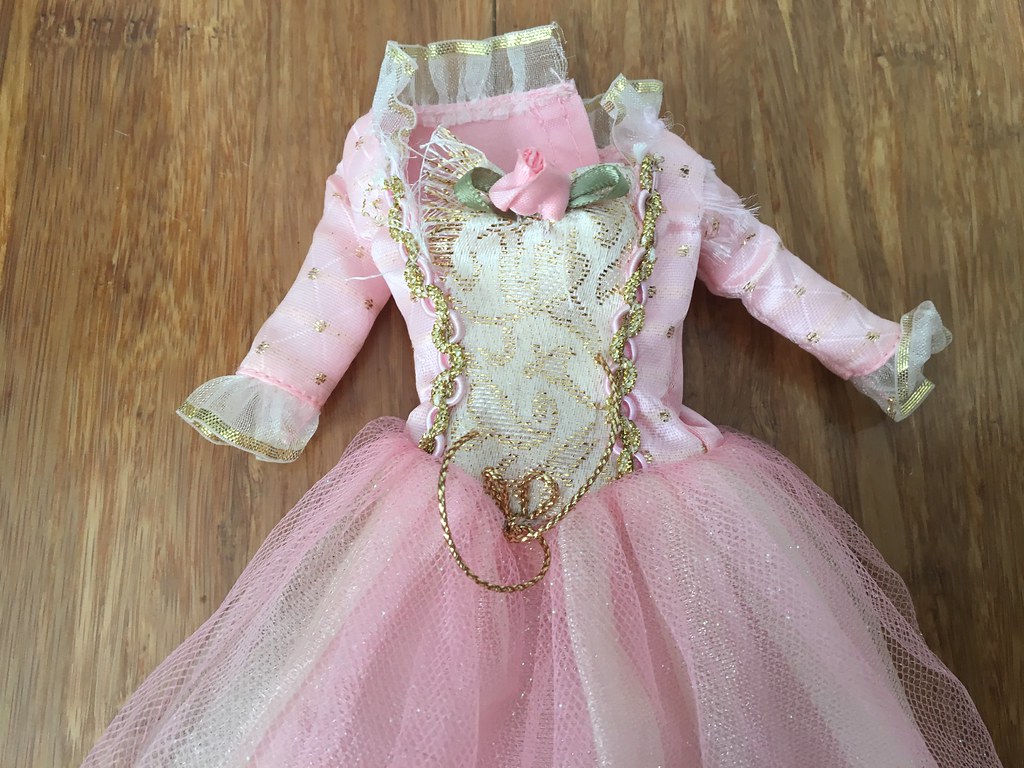 As you can see, the armpit of the right sleeve, and the bodice on the left, are frayed and far from repairable. Sad face : (  There’s also a stain on the bottom of the dress, but I haven’t even tried to get that off yet, because it’s barely noticeable. 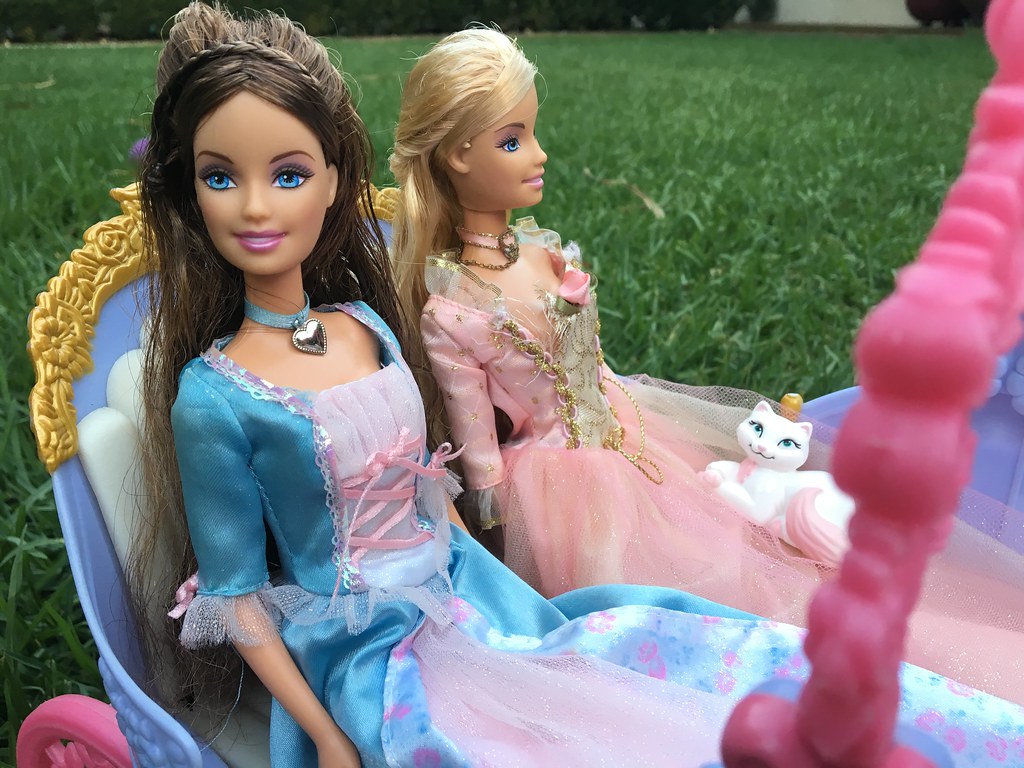 Here they are getting off the carriage to Aquifolia. Erika’s hair is still a little wet, because I gave them both a wash and spent about 1/2 hour brushing the hair. Just brushing! Erika’s song doesn’t play properly, and I wonder if it’s because I accidentally got water in her neck. I’ll have to replace the batteries and see if it works afterwards. 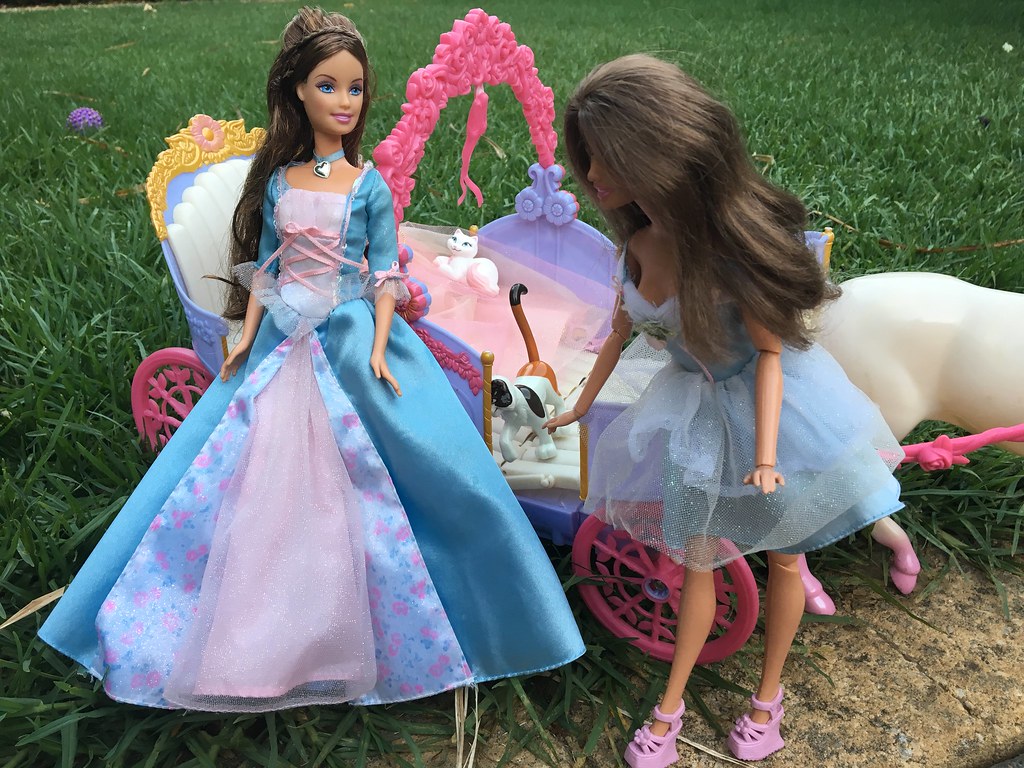 Princess Holly is here to greet them. Erika’s hair is very greasy / gluey, while Anneliese’s is only a little bit greasy. But neither of them is as bad as Alexa’s from the Diamond Castle -goodness, that girl has the worst glue hair issue I’ve ever experienced!

After I touch the hair, my hands feel sticky and gross, but the feeling goes away after washing them. 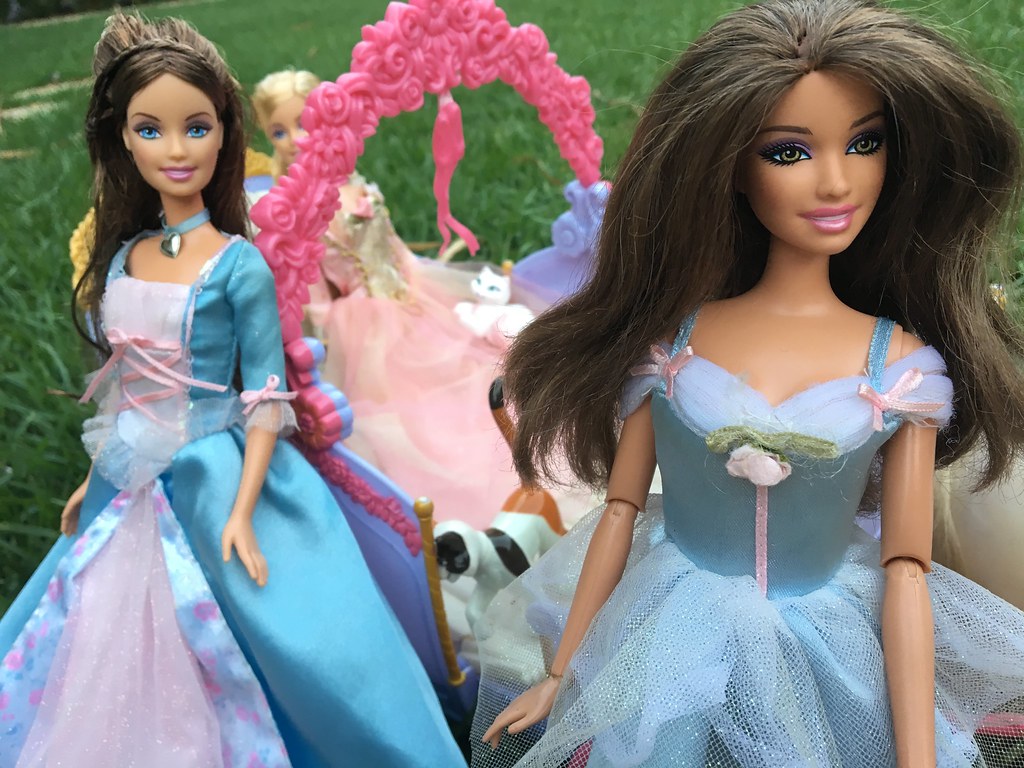 Holly wonders if perhaps she should have worn something a bit fancier.

Sidenote: HOW GOOD DOES HOLLY LOOK IN THIS PHOTO??!!! SO GOOD!!! 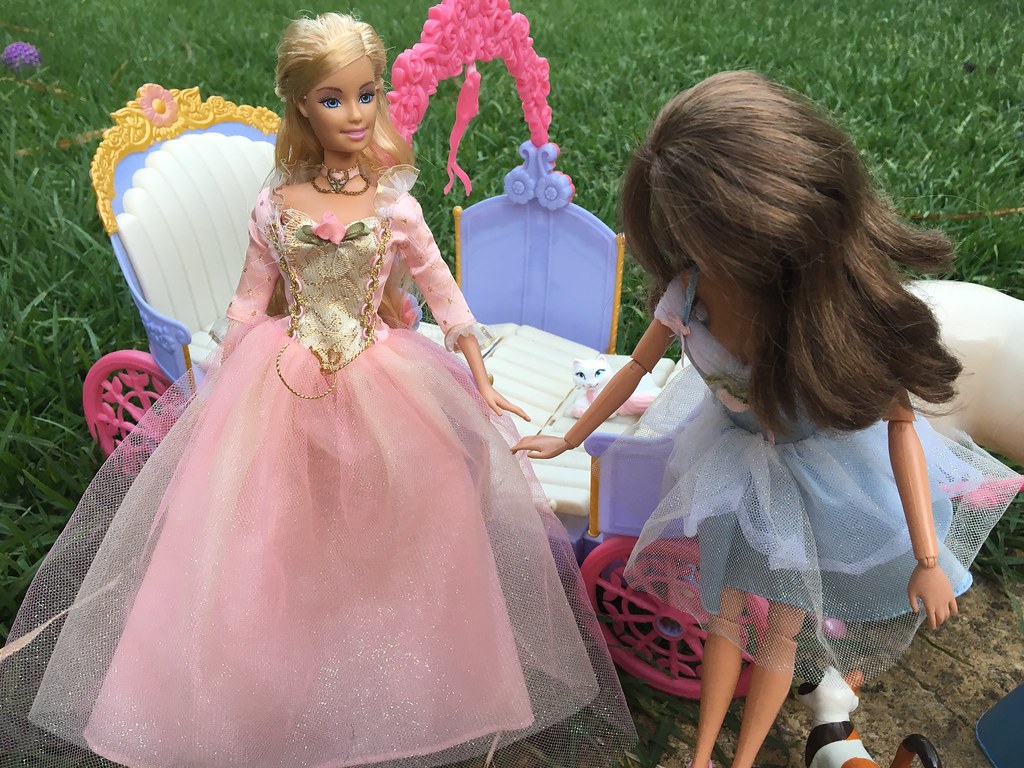 Annelise’s face looks a bit expressionless, if you ask me, like she’s staring blankly ahead. But at the same time, it looks just the same as her face in the film, so maybe she just photographs badly. 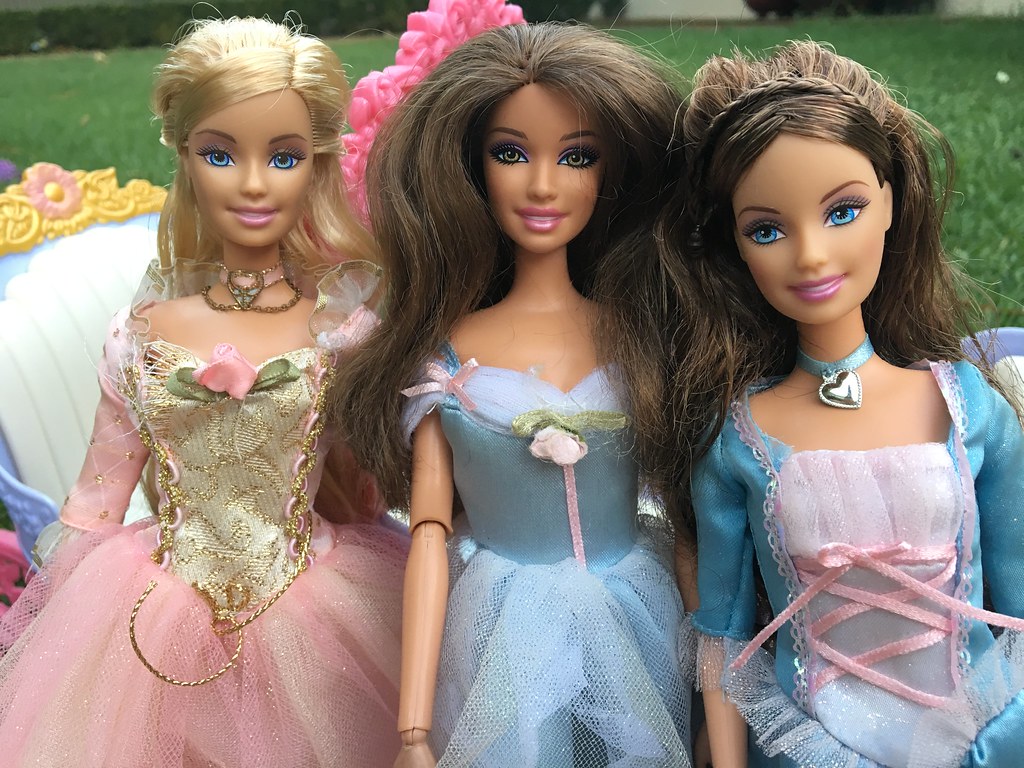 The girls pose for a photograph. >>Look at Annelise’s face. Do you think it is expressionless? Then again, the same could be said for Holly… 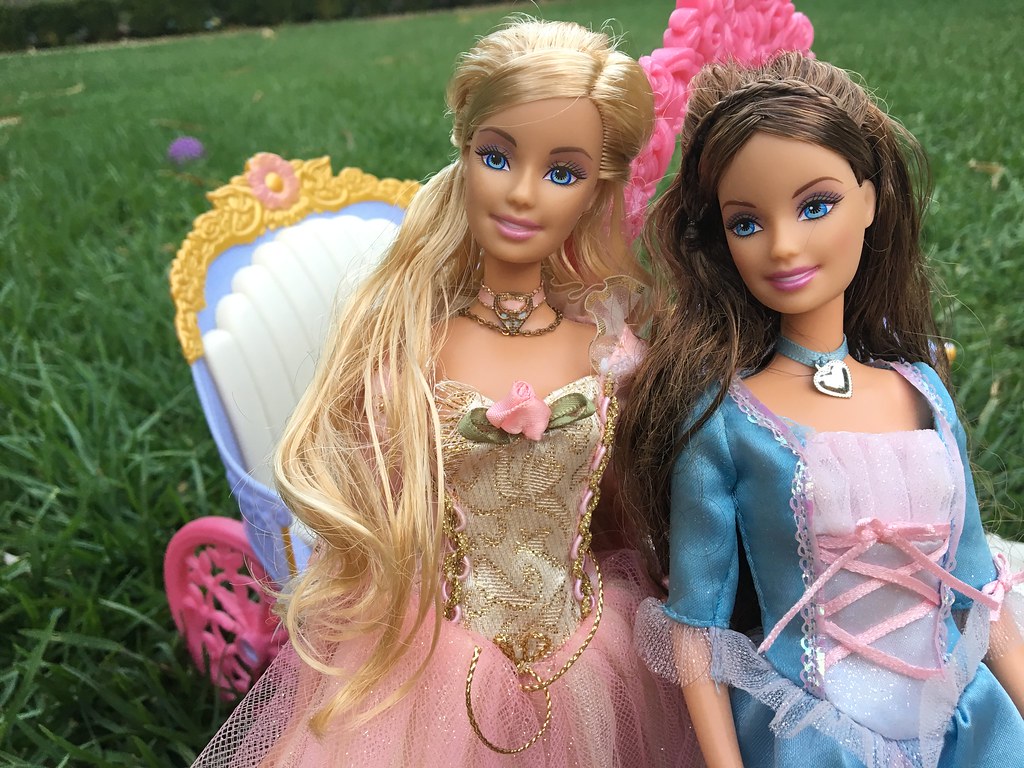 While Erika sounds like a low-pitched screaming demon, Annelise sings wonderfully. I washed her hair as well, but Erika was sitting in the water for longer. 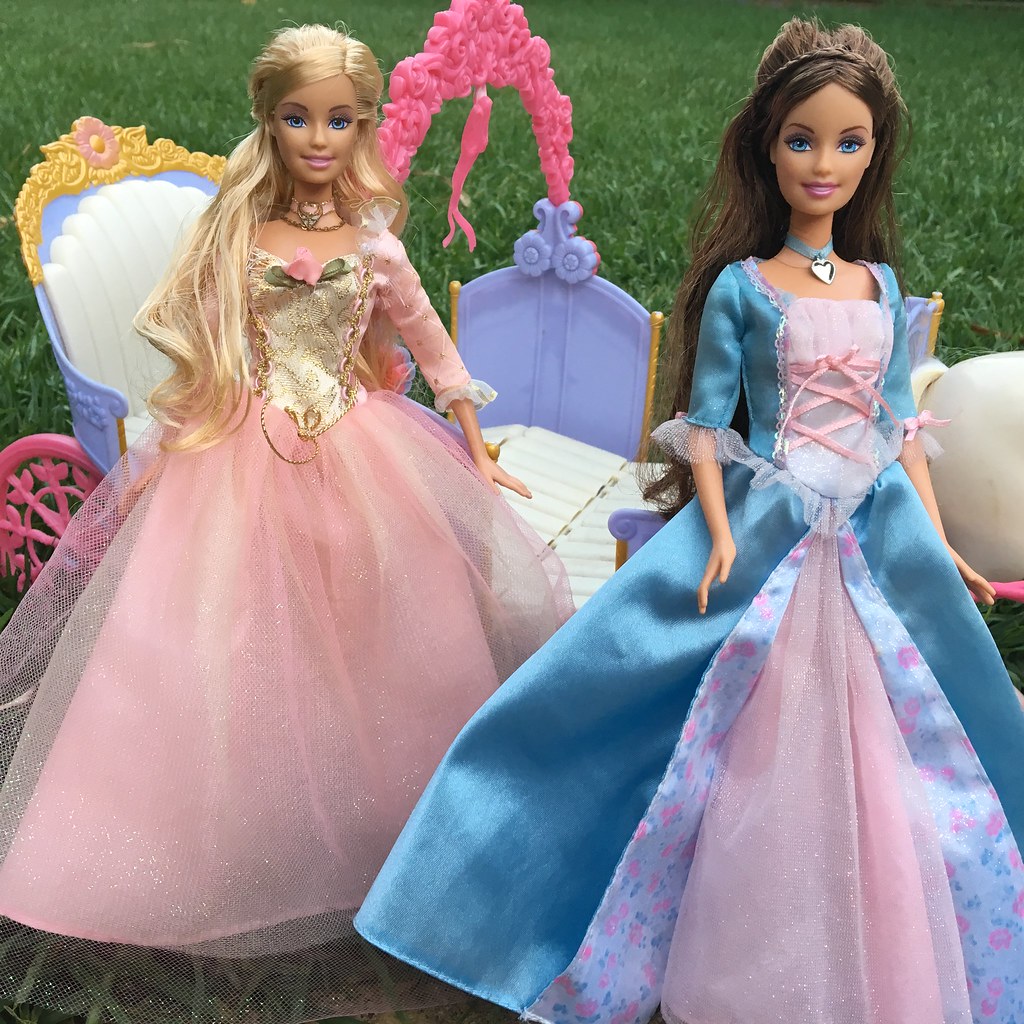 The dresses really are the most beautiful thing about these dolls. I wish they produced the dress that Erika wears when she is pretending to be Anneliese -it is nearly the same as Annelise’s, but blue. I think the floaty material around the skirt would look really good.

That’s all for now. Comment what you think about these dolls!