I’ve done some decluttering again! I went through all my doll stuff and worked out what to sell, what to keep and what to throw away. This is the result:

Yikes, I know! Look at all that stuff! This is everything I am selling (don’t worry – I still have lots of other stuff!) And what’s particularly horrifying is that my collection is pretty small at the moment; a few years ago, I probably would have owned at least 10 or 20 times this amount!*

*That sounds ridiculous, but at one point I had well over 100 dolls, 5 big houses, 3 cars, 5 horses, a cruise ship, a camper-van, a princess carriage, lots of playsets, every single DVD, bags and bags of clothes…

Plus, if we are including craft items, I also had a school with a gym and several classrooms, a spaceship (that was an odd time), several cardboard houses and a cafe! If I had laid it out, it would have taken up the whole floor! So I have definitely gotten a LOT better with keeping things to a minimum.

I won’t bother to show all the furniture and clothing I am keeping (it’s a bit hard to take pictures, since it’s all in storage boxes and is not particularly interesting), but I will show the dolls I have left! 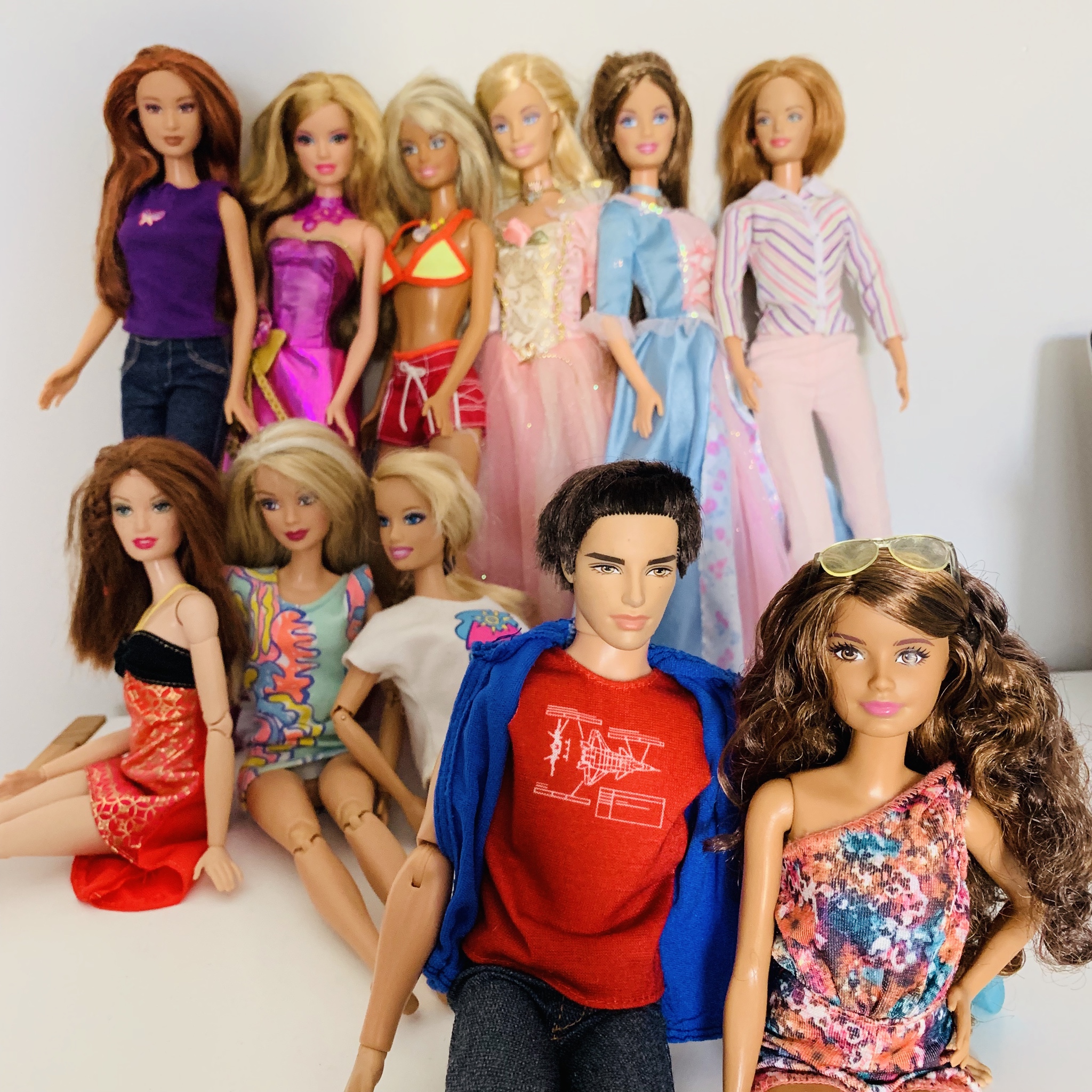 I have 17 dolls left in total! (not including baby and toddlers) Pretty good!

Throughout my collecting years, I have owned a fair amount of dolls that were near-mint and HTF, but I just felt that even though they were “rare” or “special,” I didn’t actually ...like them that much? So I just sold them. Now I don’t care if a doll is HTF or not, I’ll only keep it if I like it.

-Princess Edeline, 2006, 12 Dancing Princesses (I have owned 4 dolls from this series in the past, but now I just have this one as I feel her face is the prettiest!)

-Princess Delancy, 2011, Princess Charm School (I used to own the schoolgirl version, which I was absolutely thrilled to find on eBay for a decent price, but I ended up only keeping the ballgown one since I didn’t actually need two versions of the same character.)

-Princess Anneliese and Queen Erika, 2004, Princess and the Pauper (my HG dolls! I wanted these for years and ended up getting them from a local young collector, which was really lovely!)

-Midge, 2003, Happy Family (I used to own the whole family and I’m really upset that the other dolls broke / got lost, because it would have been nice to have them all together) 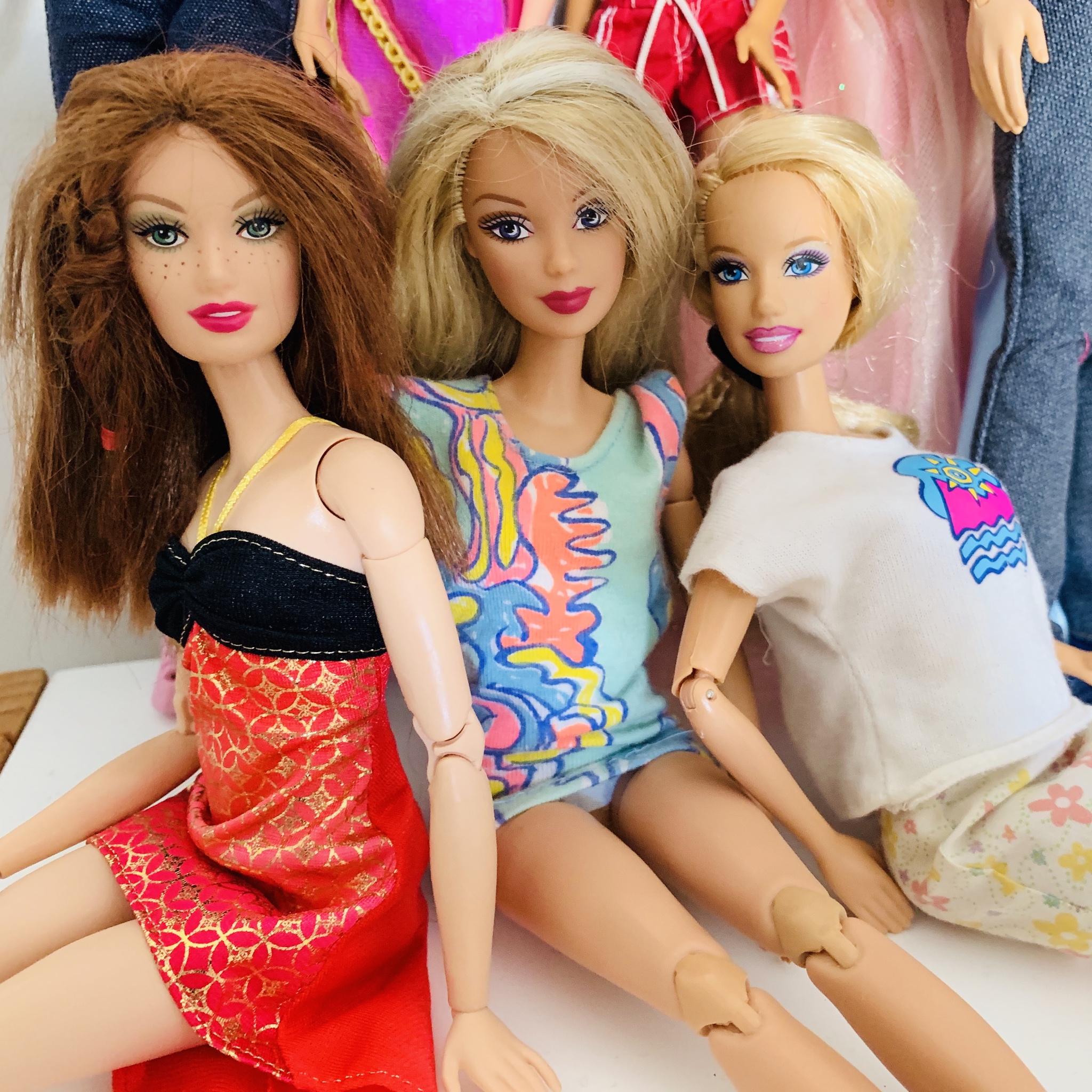 -Andrew, unknown (possibly a Fashion Fever doll? I love her face too!)

-Ryan, 2012, Fashionista Clutch W2 (the only male doll I’ve ever owned that is both articulated and has real hair!)

-Chris, 2017, Petite Fashionista (I haven’t really used this doll much before but I’ve seen pictures where she looks fantastic on a MTM body, so I want to use her for projects in the future)

-Barbie, 2018 MTM Ski Doll (gotta have an official “Barbie” in there somewhere, right?)

SO! That is where my collection stands at the moment. Remember, almost a year ago now, when I did a lot of decluttering because I was planning on moving out? Well, I’ve started inspecting houses again and hopefully I can move out soon! (second time lucky!) Which is great, in general, but not-so-great for my doll storage situation. So that’s why I’ve been decluttering some more lately.

Sidenote: It’s really difficult to move out. Somebody I know said it took them 20 applications to get approved for a property, and I thought they were joking, but now I realise that is a perfectly normal number. It’s seriously hard.

However, I will definitely have to have another big declutter again, because the space will obviously be really limited. Like, suitcase-under-the-bed-because-there’s-no-room-for-a-wardrobe kind of limited. But I’ll get to that later! There’s only so much I can bare to part with at once.

It sucks in particular because I have a lot of other interests which are also pretty obscure and take up a lot for room, so I have to prioritise what kind of stuff I can keep. Like, do I keep my stash of k-beauty? My doll furniture collection? My filming equipment? My video game collection? My books? I have too many hobbies! I can’t fit all this stuff into one drawer!

ANYWAY, I am completely off-topic now. So I’ll see you next time, I guess!