Hello everyone! I’m alive! I’ve been working on a project for the last couple of weeks and I didn’t want to say anything until it was finished.

This project was inspired my MyFroggyStuff’s Doll Loft Apartment video; I really liked the colour scheme Froggy used and I wanted to create something similar. 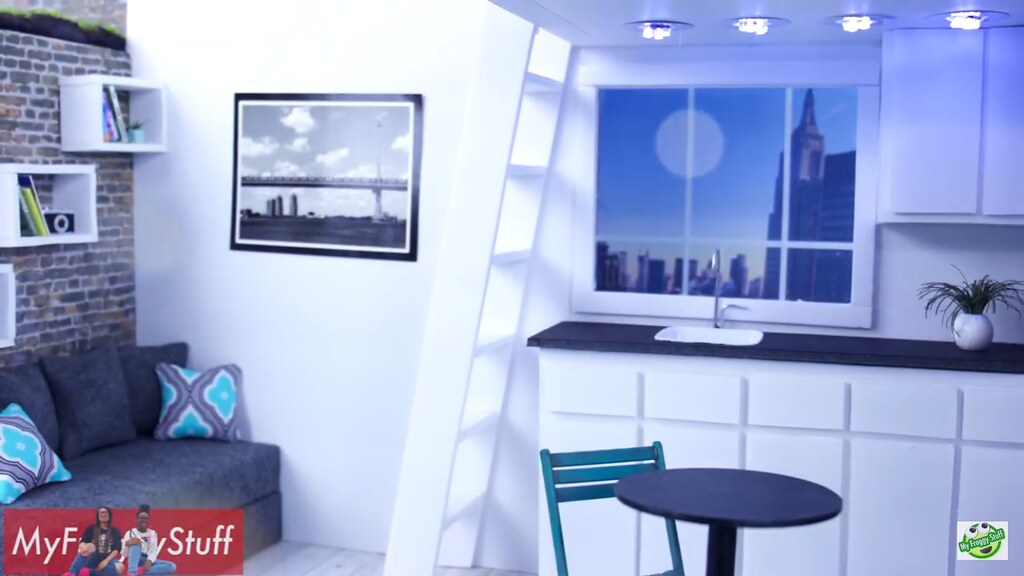 I’ve also discovered a new YouTube channel / Instagram account that I wanted to mention, fun_and_craft, which really inspired me to finally make a nice proper apartment for my dolls. (I know I’ve made some in the past but I’ve gotten rid of them all)

Like, isn’t this just amazing? Definitely give their videos a watch! If I ever have enough money to own a nice big house with lots of space, I would really like to make lots of dollhouses like this.

Okay! So onto my attempt. 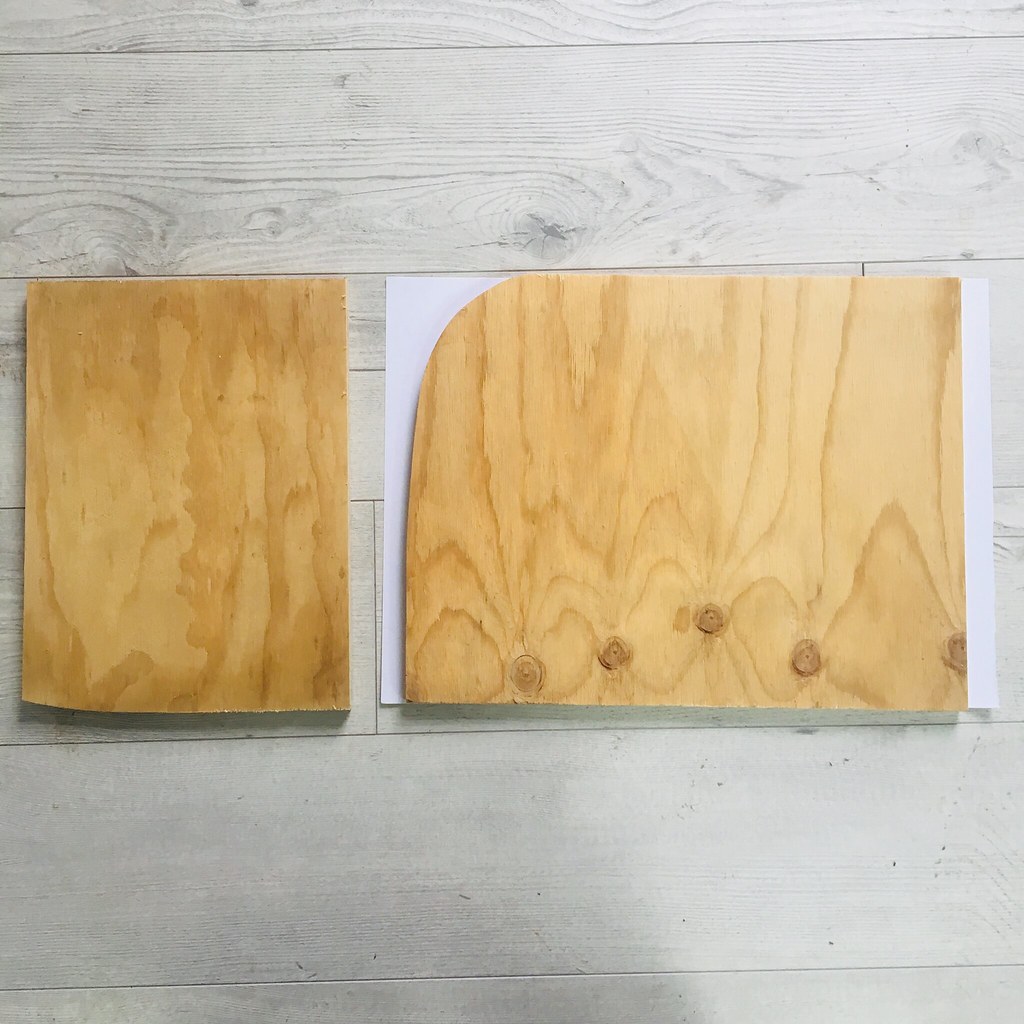 I started off with two thin pieces of wood. I normally make houses with cardboard but the wood was available so I thought I may as well make something a bit sturdier.

I decided to keep the pieces seperate so I could store it flat without taking up so much space. (Also, I don’t know how to use nails or a hammer) ¯\_(ツ)_/¯ 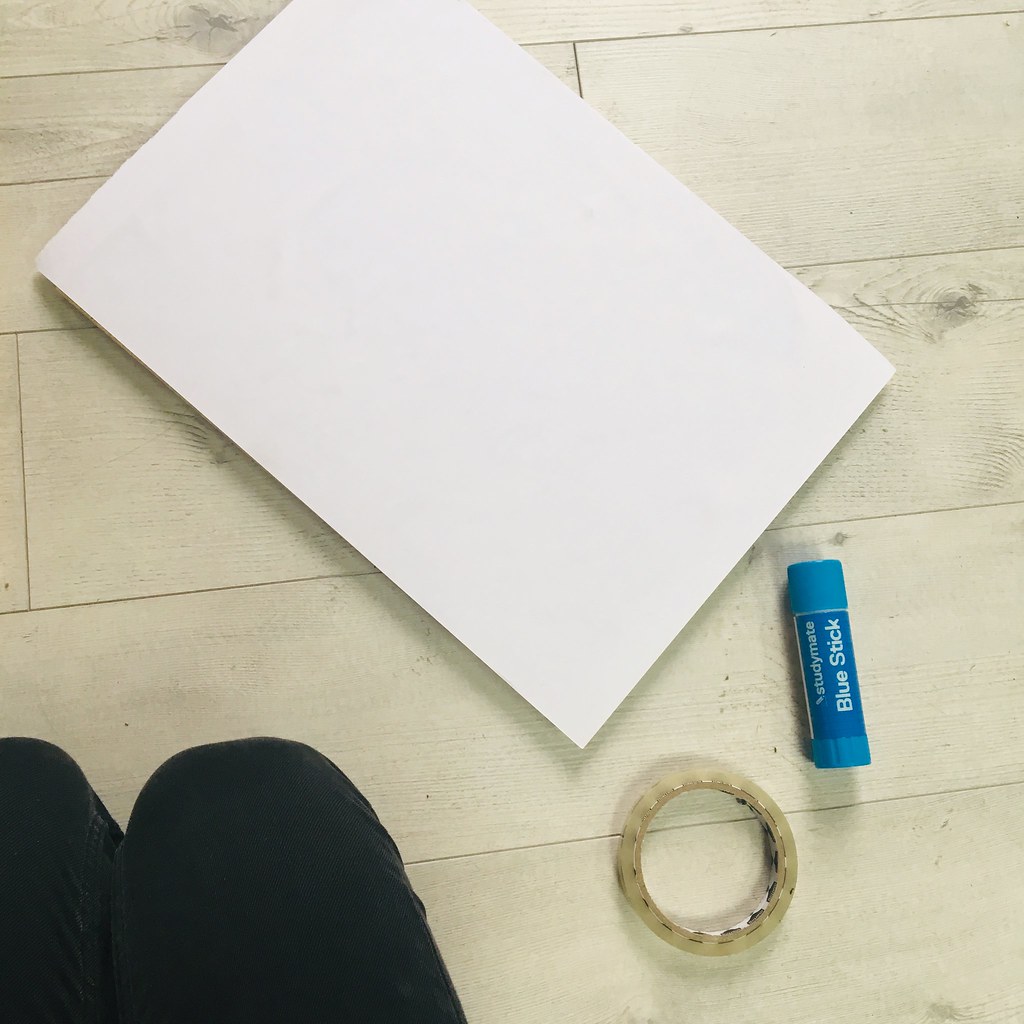 I covered the larger piece of wood with plain white paper. I tried to find nice scrapbook paper but there was nothing available at the shops. 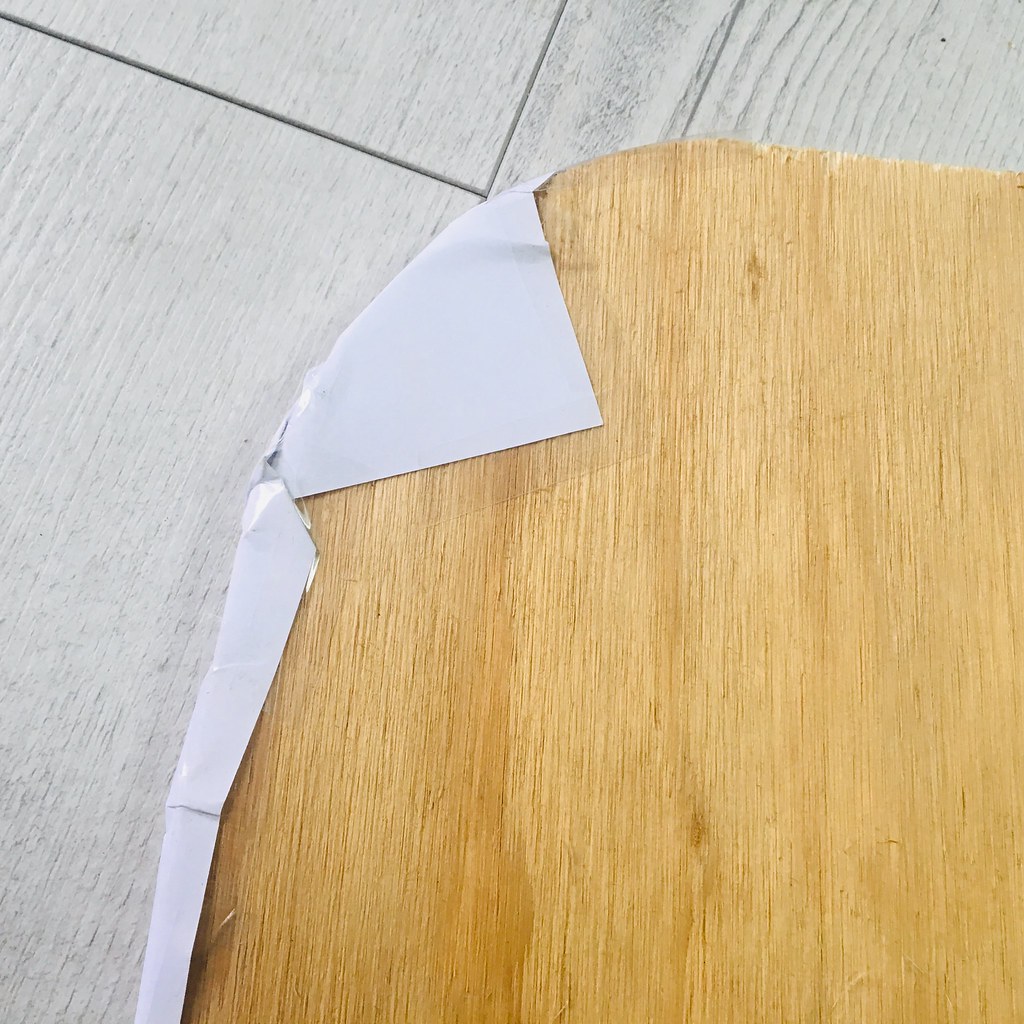 I used tape to wrap the paper all the way around the edges. 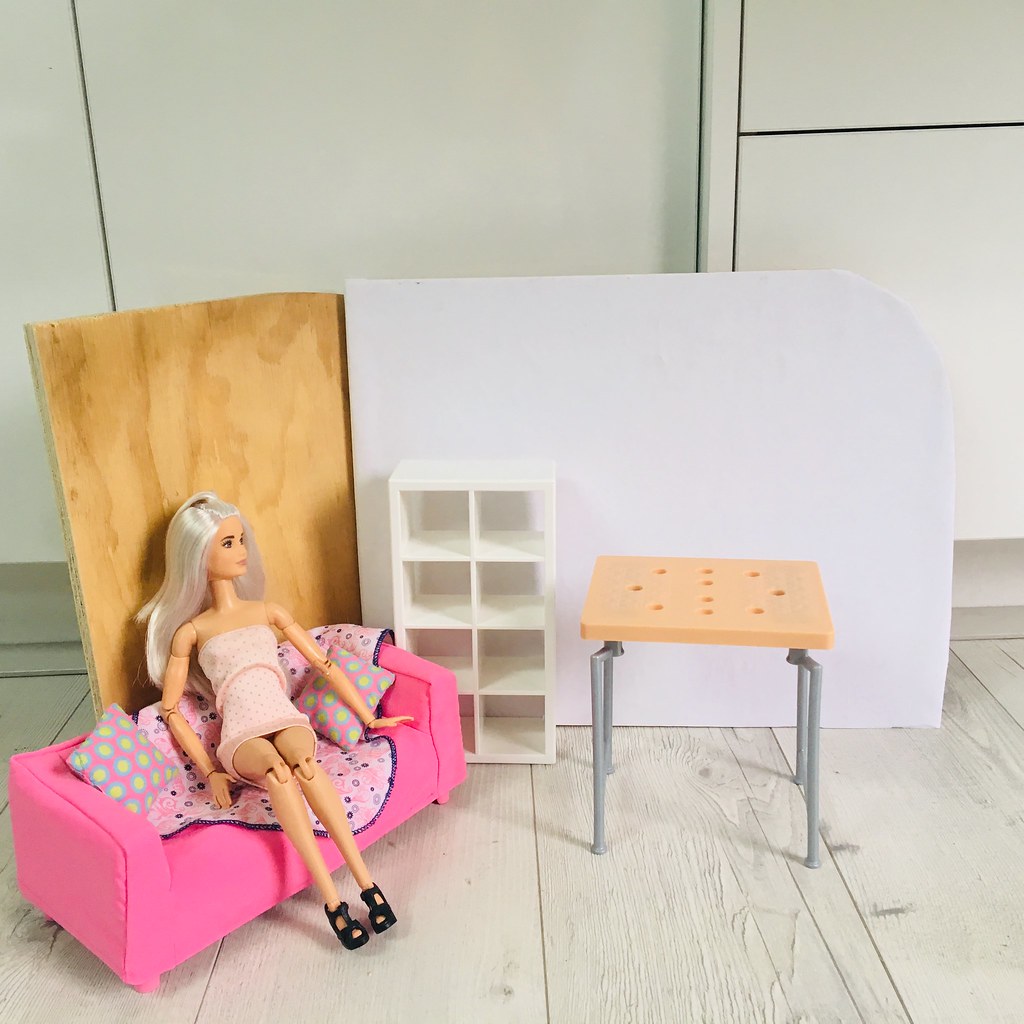 I then laid out all the furniture to see what the apartment was going to look like. I decided to squeeze the dining room, kitchen and living room all into the same space so I could act out multiple scenes without changing the set. Since apartments are pretty small, this is realistic and functional! 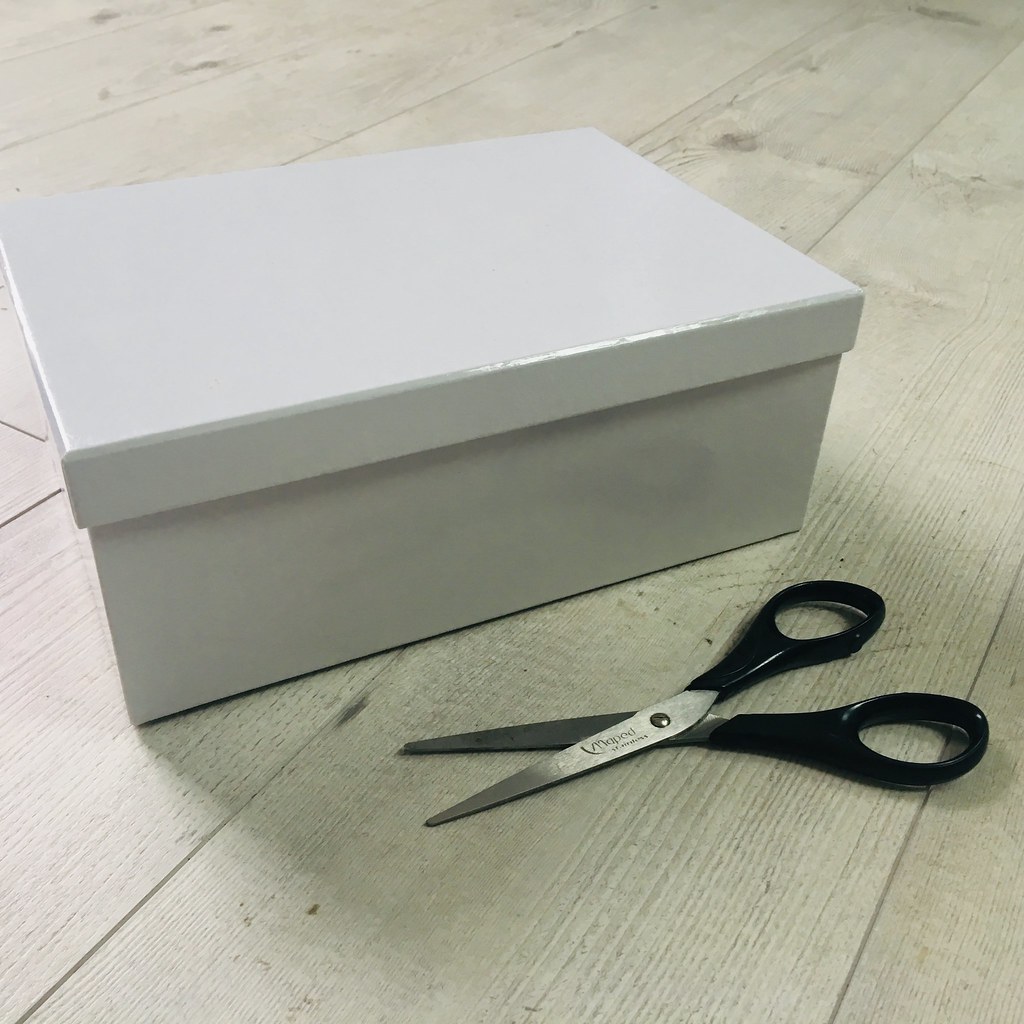 I used an old storage box to make the kitchen bench. I picked this one up from one of those discount stores where they have “a bit of everything.” 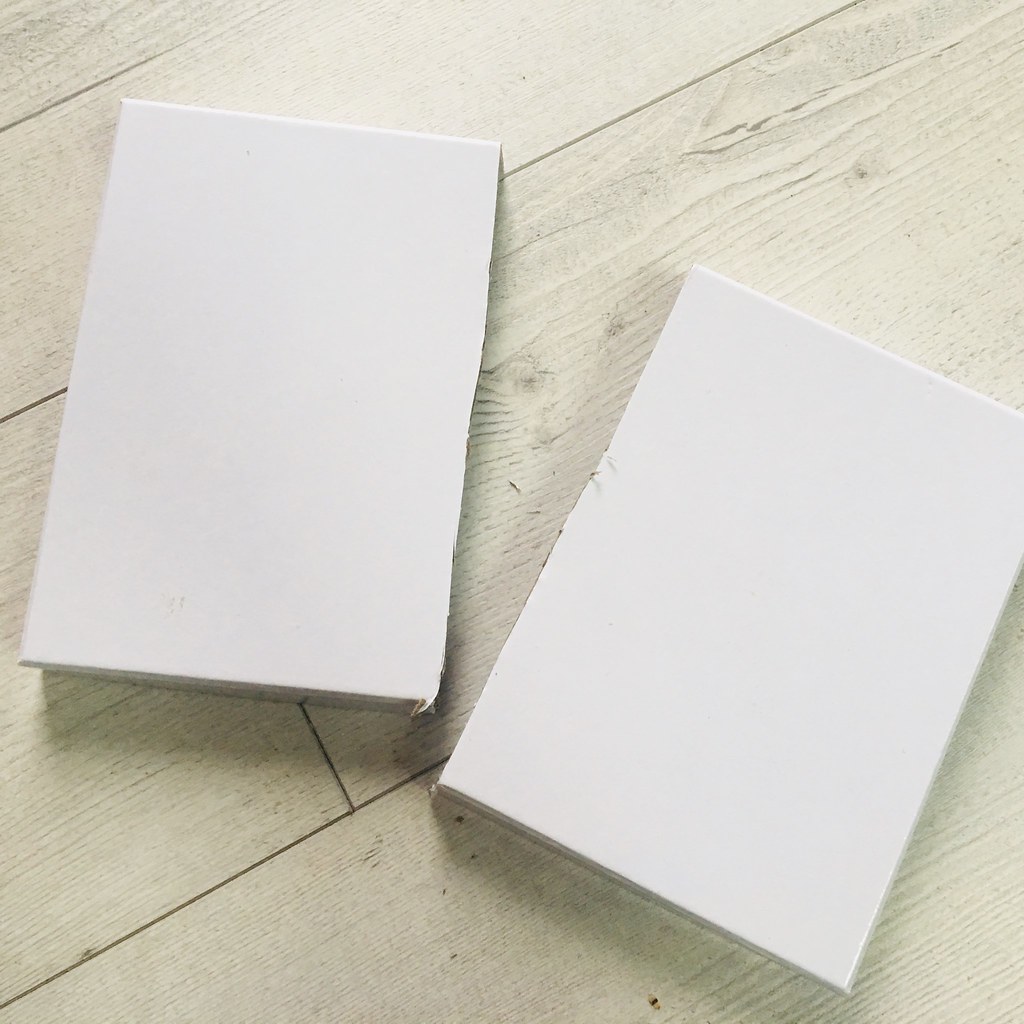 I cut the lid in half… 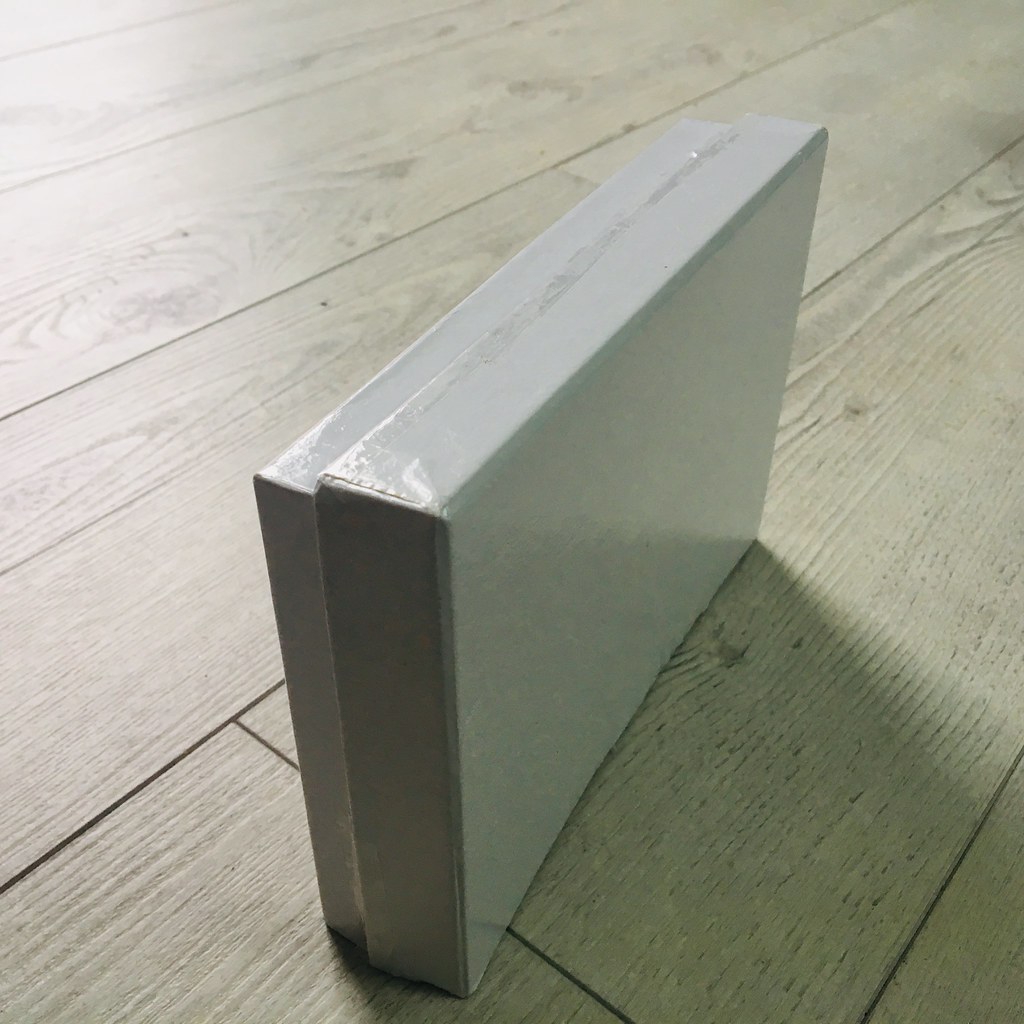 …And then taped the two pieces together. 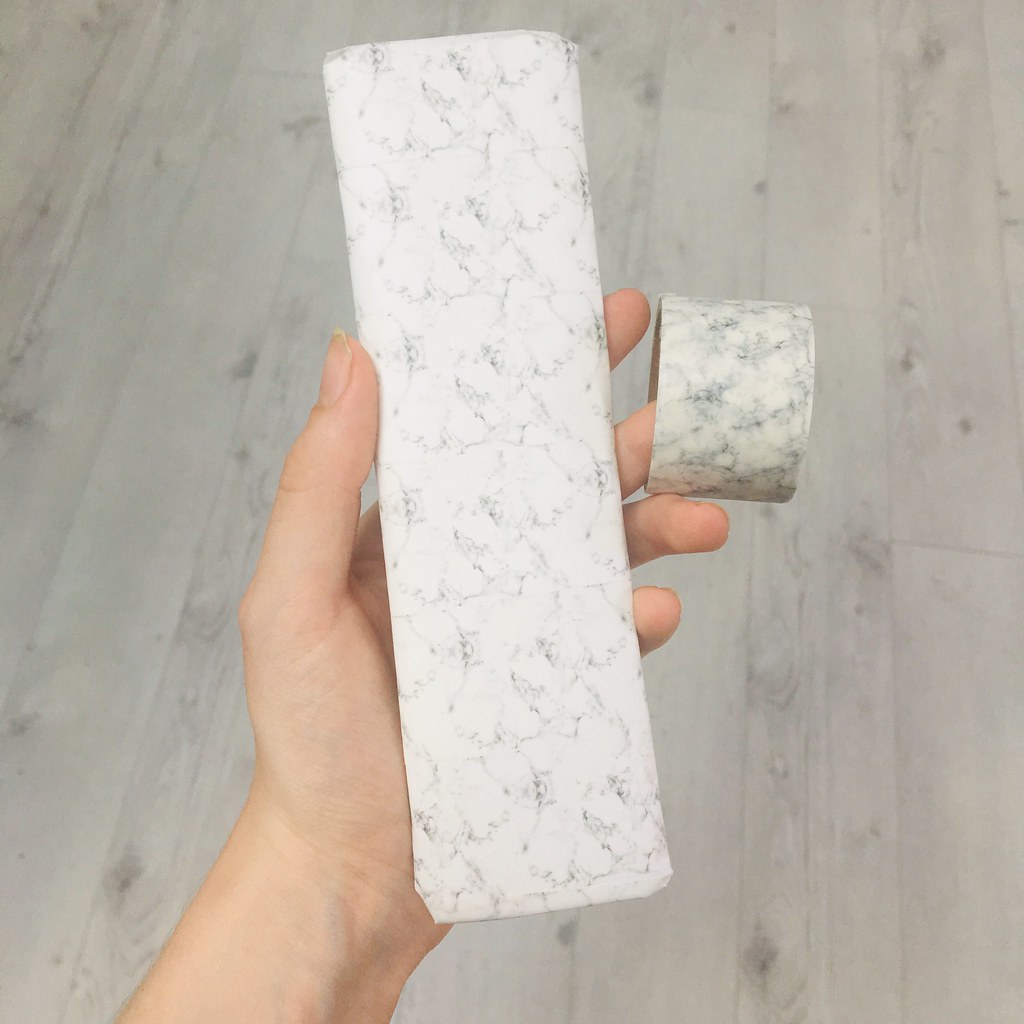 To make the countertop, I glued two long pieces of cardboard together and wrapped them in white paper. Then I decorated the top with this marble washi tape from Kmart. 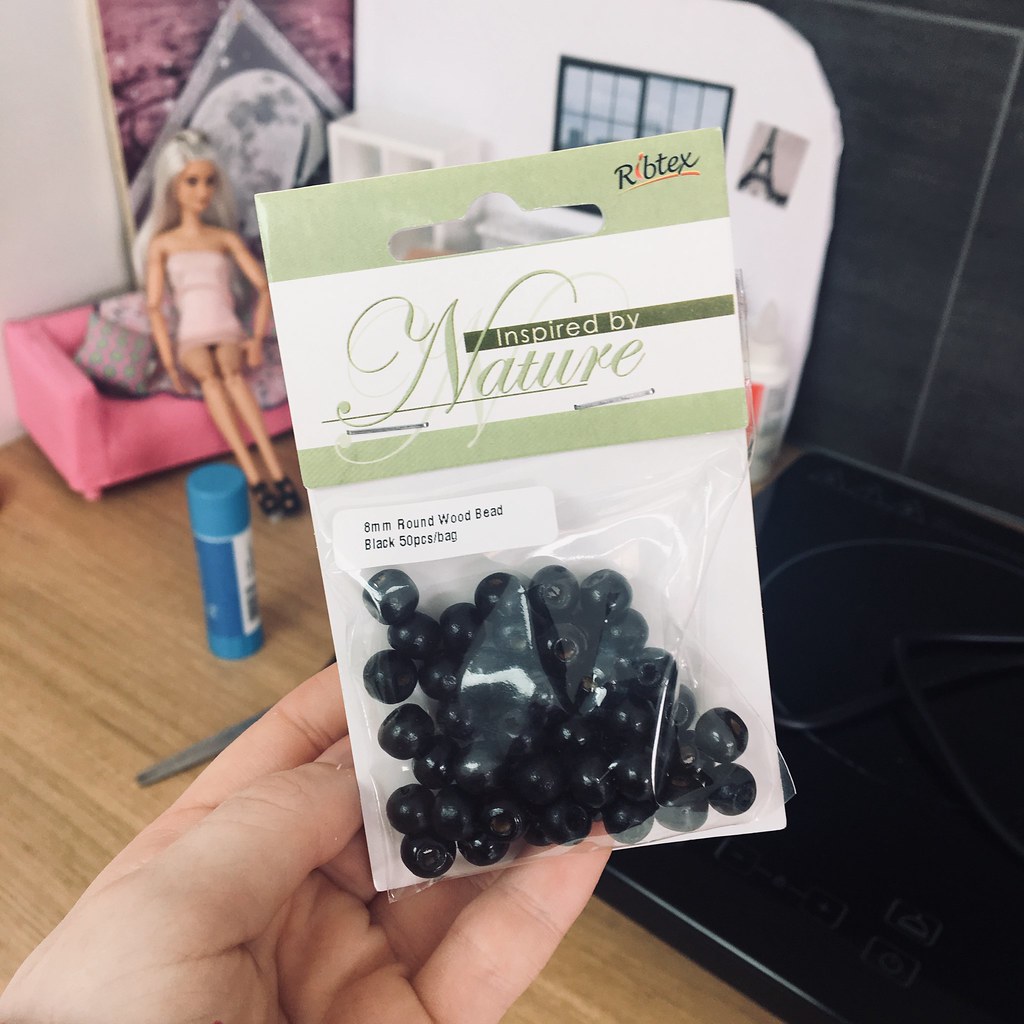 To make the handles, I used these round black beads from the craft store. They were only three dollars! 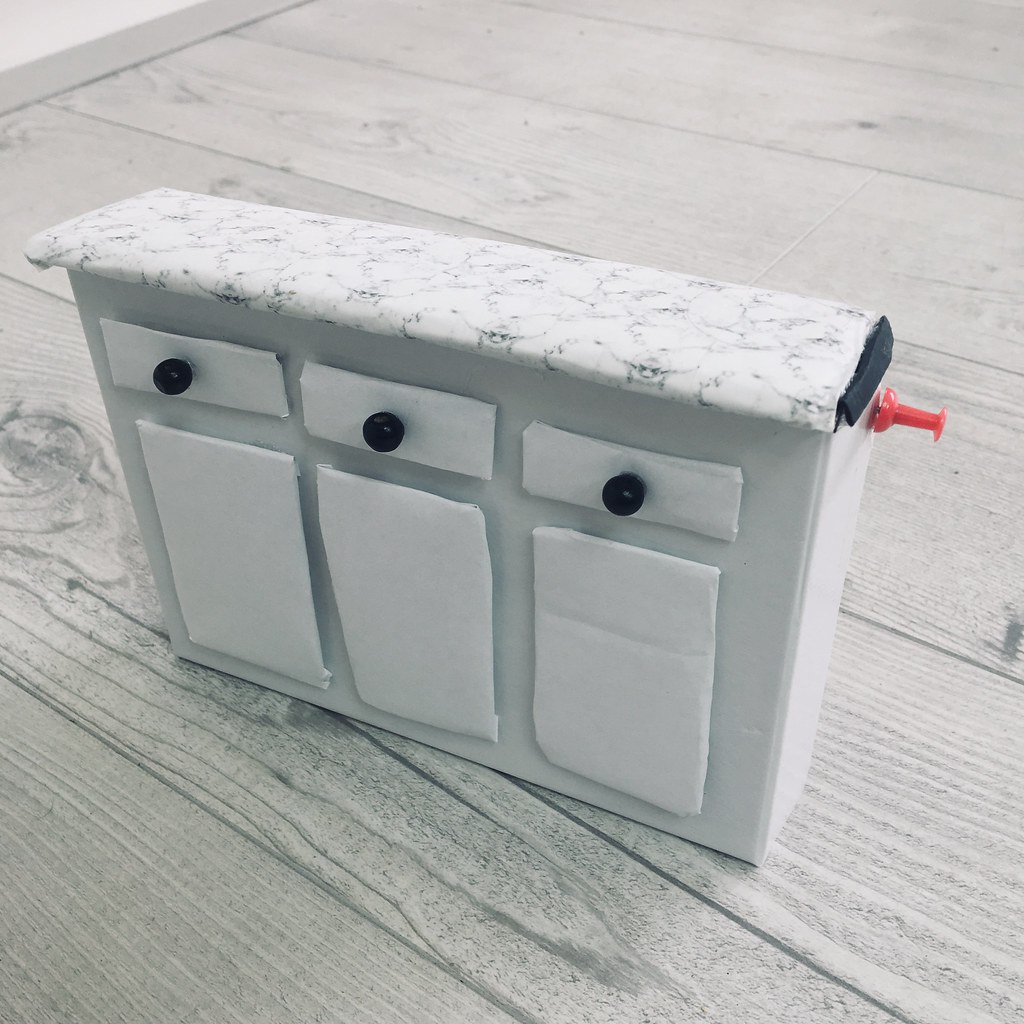 This is how it ended up looking. I created a handle on the side using black cardboard and a pink thumbtack; I’ll show it in action later on. I then used plain cardboard covered in white paper to make the drawers -I’m not really happy with them since they look a bit messy. (I promise I tried really hard to make them neatly though!)

I think it would have been better if I had used foam board. 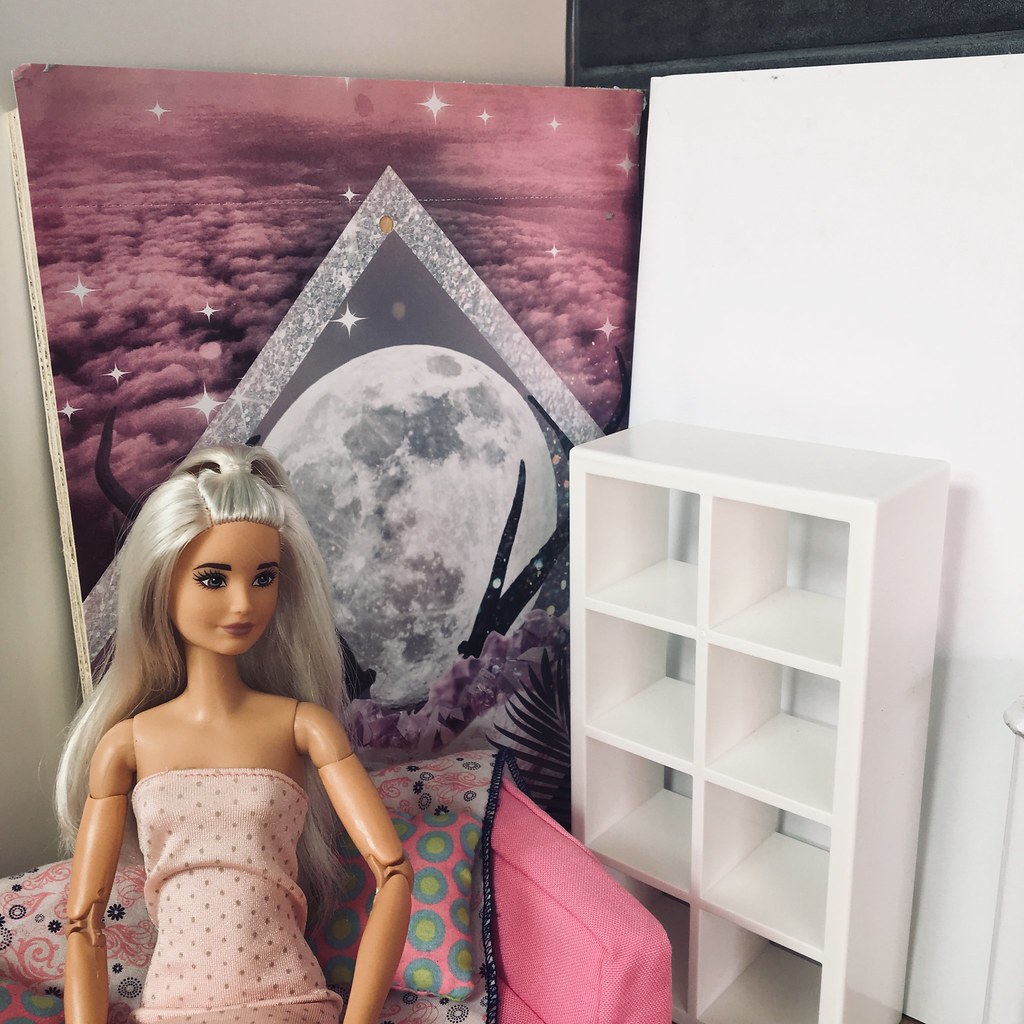 I decorated the other wall with this image from a calendar. I got it from Typo for $10. My sister asked me if I was trying to make an Illuminati-themed room haha. 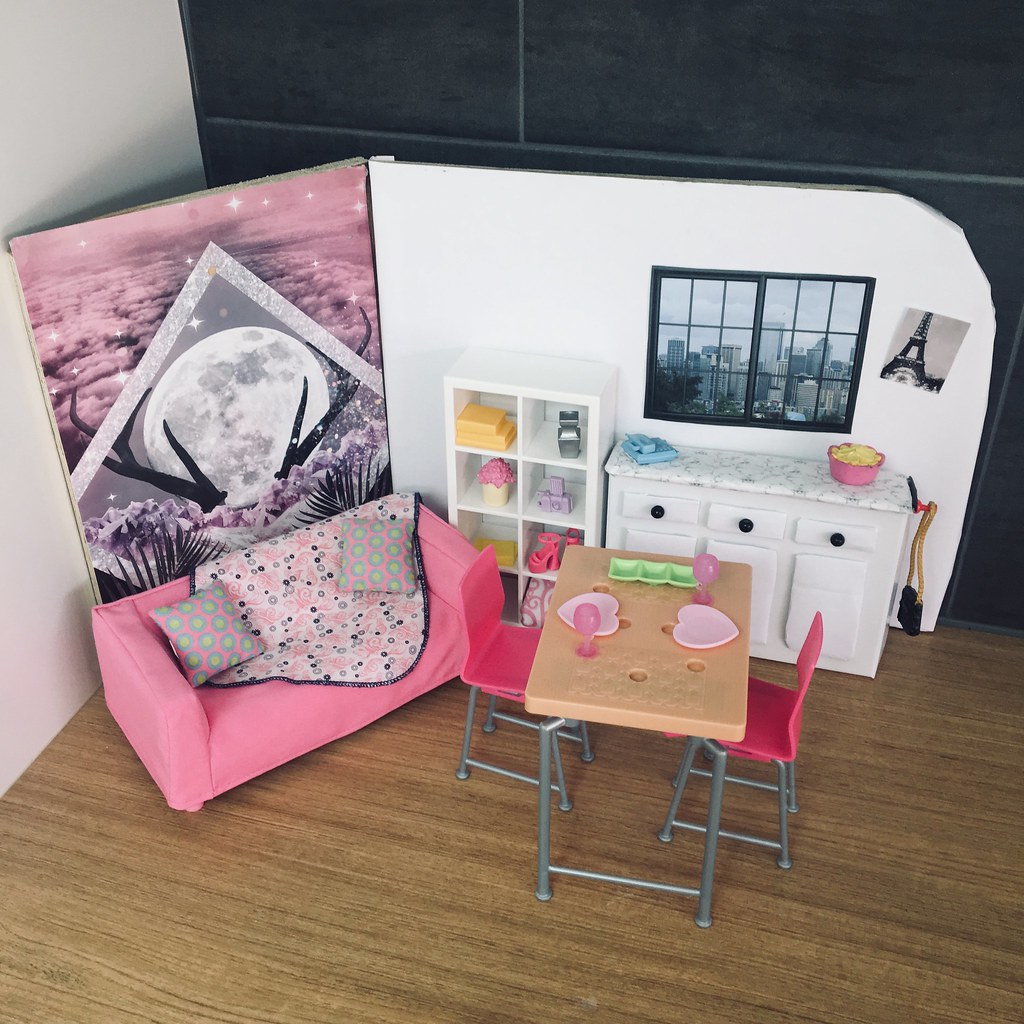 This is what the room looks like from a distance.

I combined black window panes with this skyline of Seattle in Photoshop and then printed it off.The picture of the Eiffel Tower is also from Typo, it’s from the back of the calendar. Perfect size!

Here is the window! I picked Seattle because that’s where Frasier Crane lives. (Although the show Frasier was mostly filmed in LA) (Not my photo, I’ve never been to Seattle)

I also made a design featuring a view of Japan. I took this photo earlier this year! It was just as peaceful as it looks.

This is how the apartment looks at doll-level. If anybody’s wondering (you’re probably not), here’s the specific details: 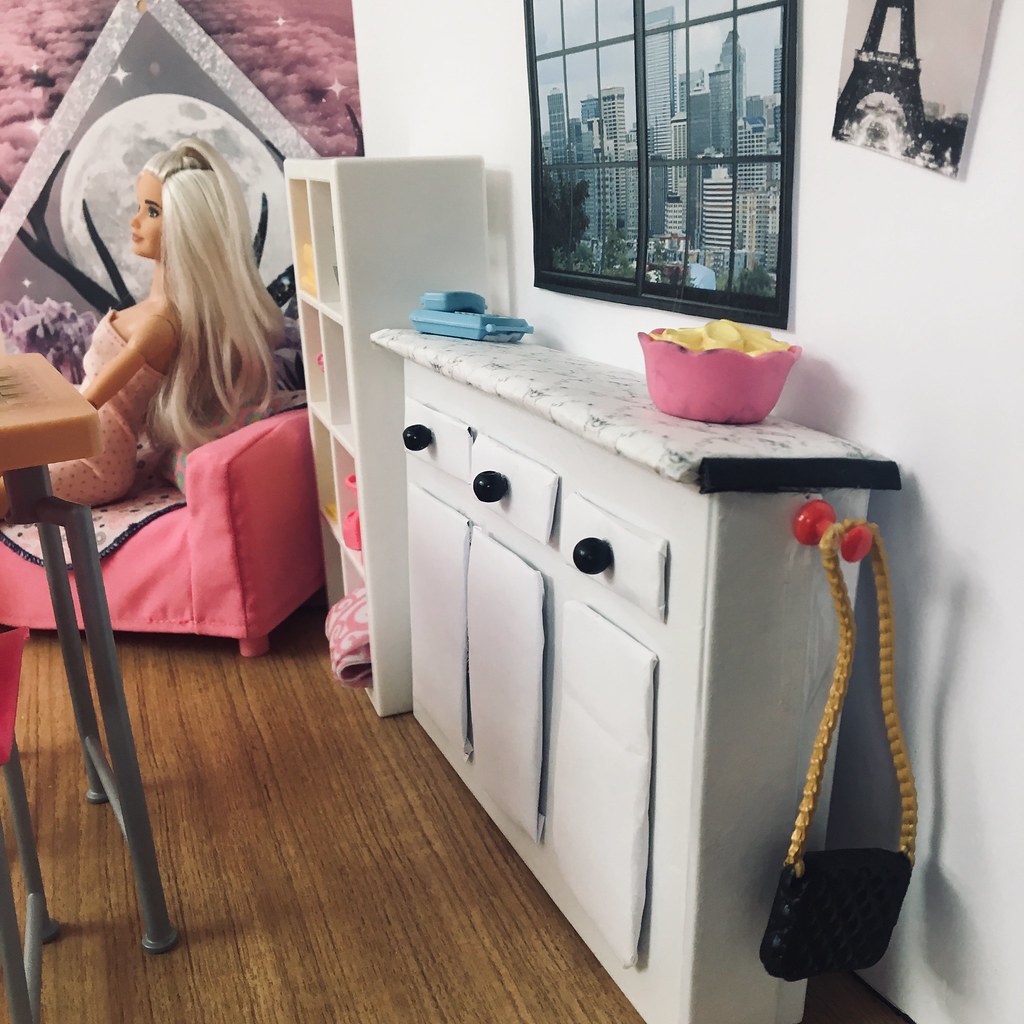 This is what I used the hook on the kitchen cabinet for. I was originally planning on putting a frypan there, but since there isn’t a stove I thought that would look a bit silly. 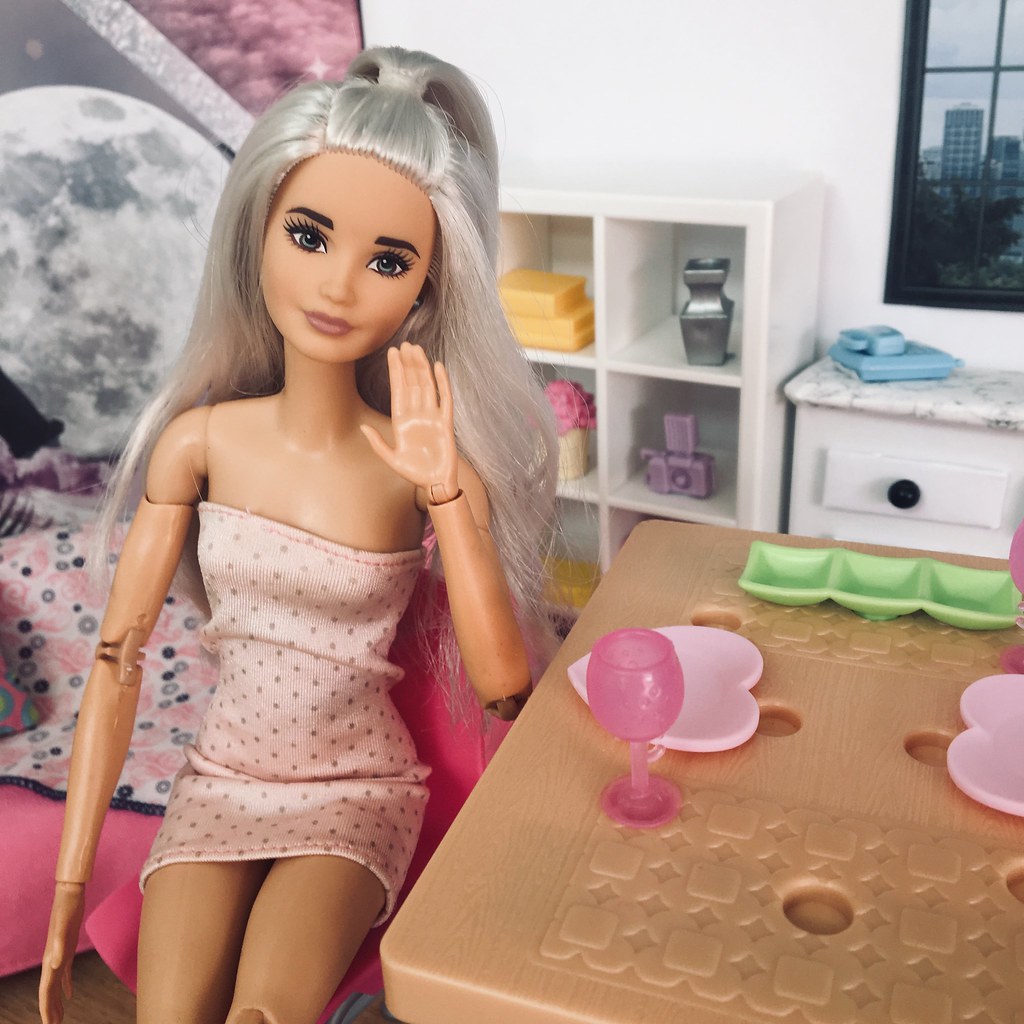 And well, that’s my apartment! I’ve decided that Neko, Aimee and Jessica are going to live here.

See you next time! xx

(Hopefully in a few days time! I have two more posts that I want to get written up and scheduled for later by tonight)