If you’ve read my blog for no longer than five seconds, you’ll know two things about me:

1.) I like looking at the Barbie selection in the shops, but I usually don’t buy anything

2.) I always complain about the prices

I think part of this is because I’m always visiting the US Amazon site, where they sell Fashionistas for as cheap as $9, and then I think “No fair! That’s so cheap!”

And then I realise, “Holly, that’s in US dollars, you moron. Ya gotta convert it!”

Even with the conversation, it still works out cheaper but honestly, it’s not even that bad! I should just get over myself and stop complaining!

But for real -I promise I’ll stop now, because I’ve recently visited Singapore and discovered that their prices are actually insane. It makes me grateful I don’t have to live there, to be honest.

The Things I Didn’t Really Want to Buy: 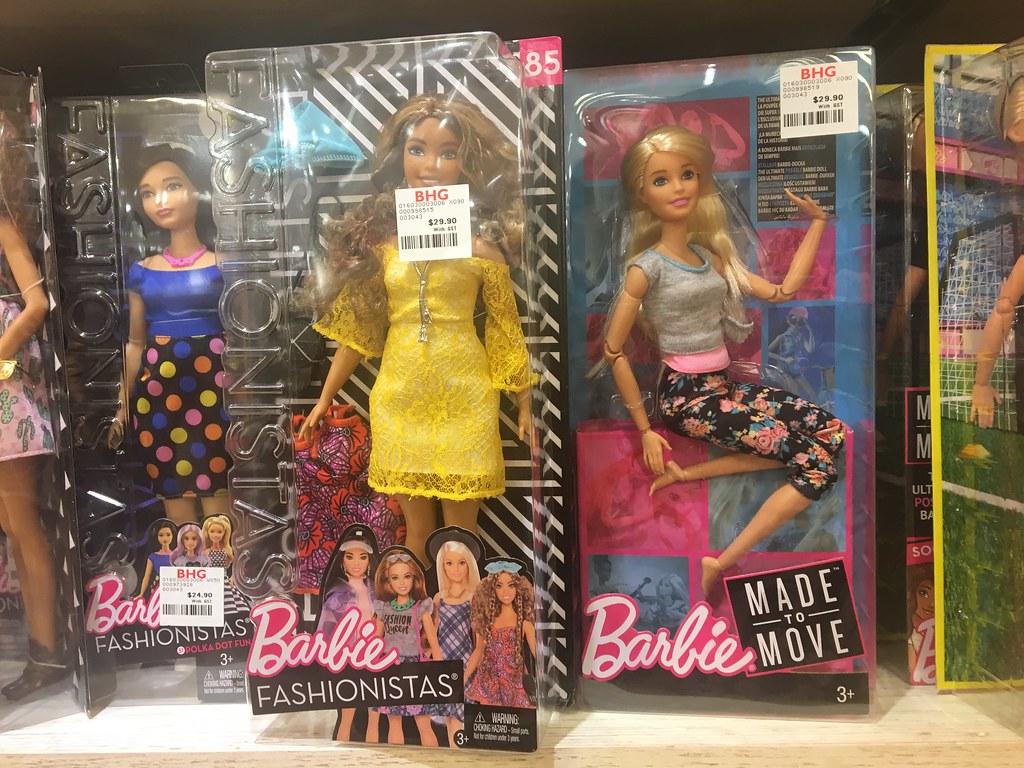 I really liked the doll in the middle, especially since I’ve never seen a Fashionista with the extra outfit IRL before. However, I really couldn’t justify buying her because I’ve gotta declutter! I thought she was really pretty though.

Again, I also liked the Made to Move doll since I hadn’t seen her IRL before, BUT I don’t need another blonde basic Barbie doll (does anyone, really?) 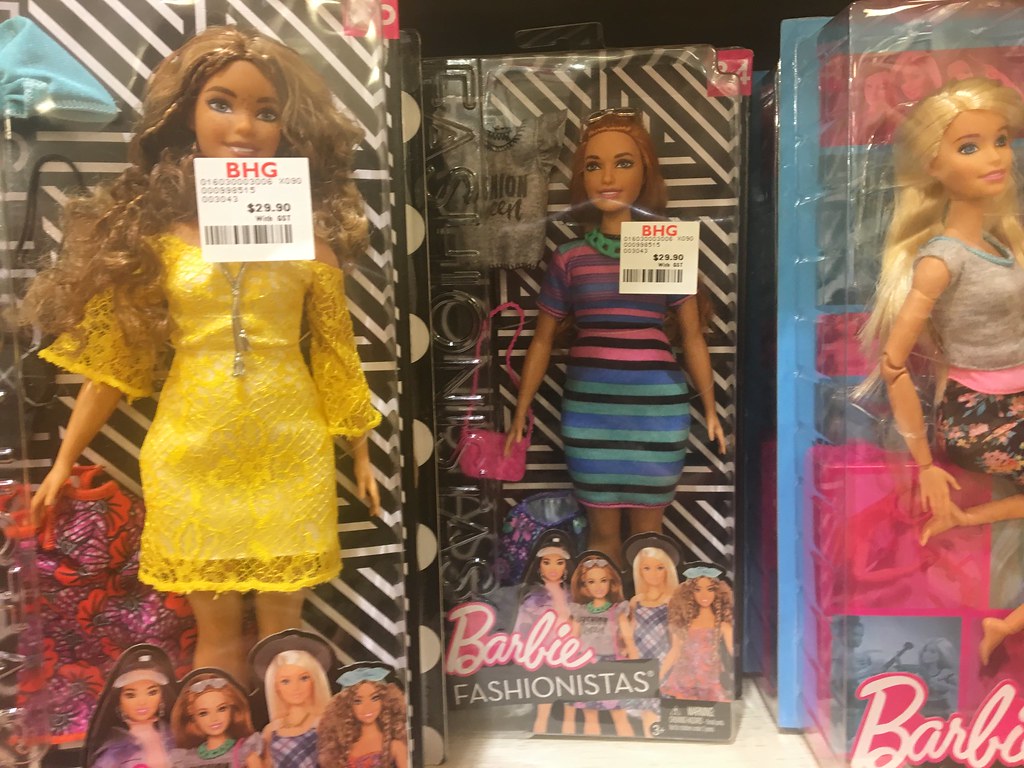 Here we have another doll I’d never seen before. I thought she was pretty, but not anything that special. 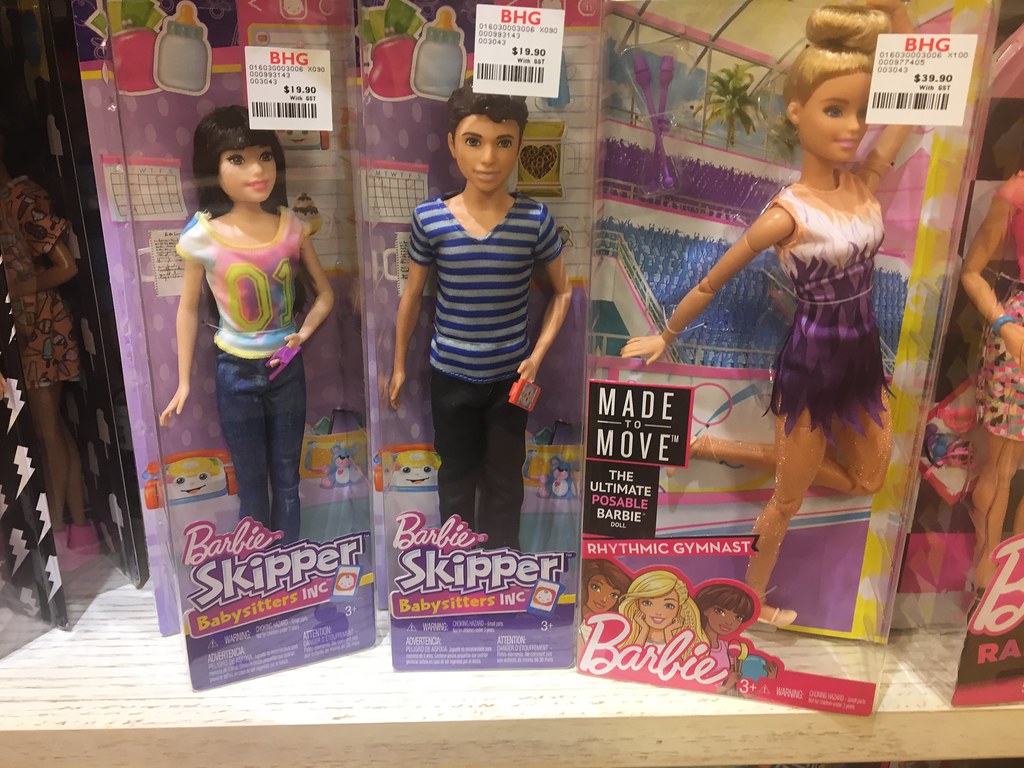 The Skipper Babysitters Inc. dolls were $20 each, and they were certainly tempting! I’d only seen this girl once before, and I’d never seen the boy until then. However, the moulded hair on the boy is a huge turn-off, and I’ve already got lots of Skipper dolls, so I don’t really need another girl.

The Gymnast Made to Move doll was $40! Here in Australia, she is only $30. Definitely a no for me. 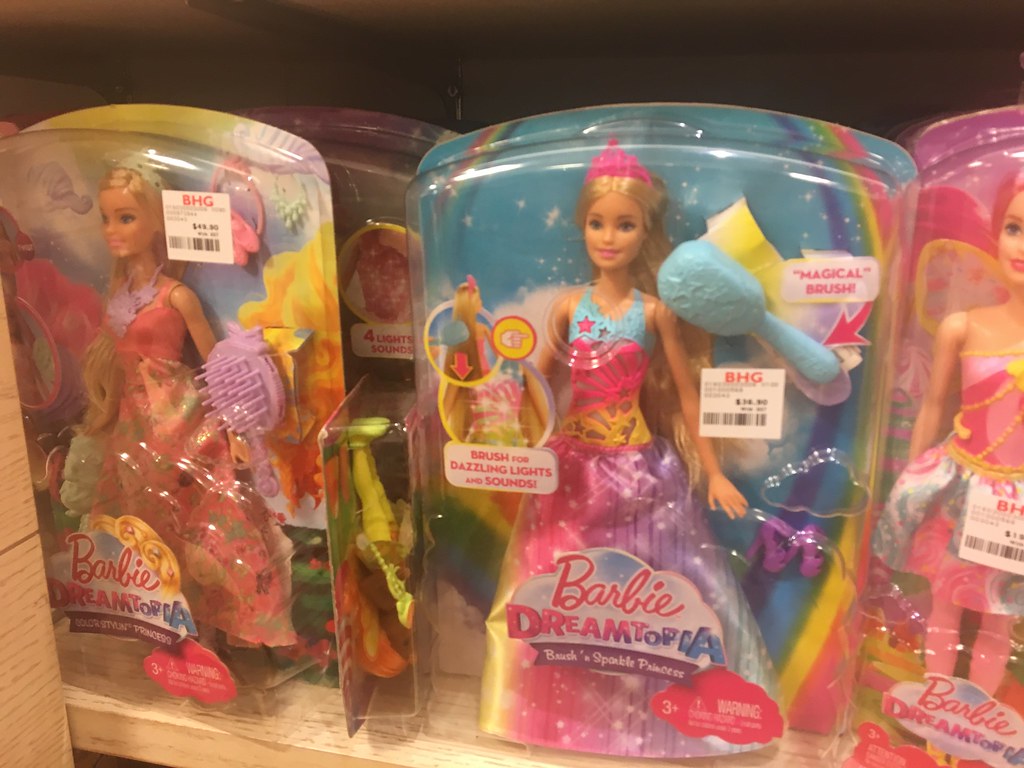 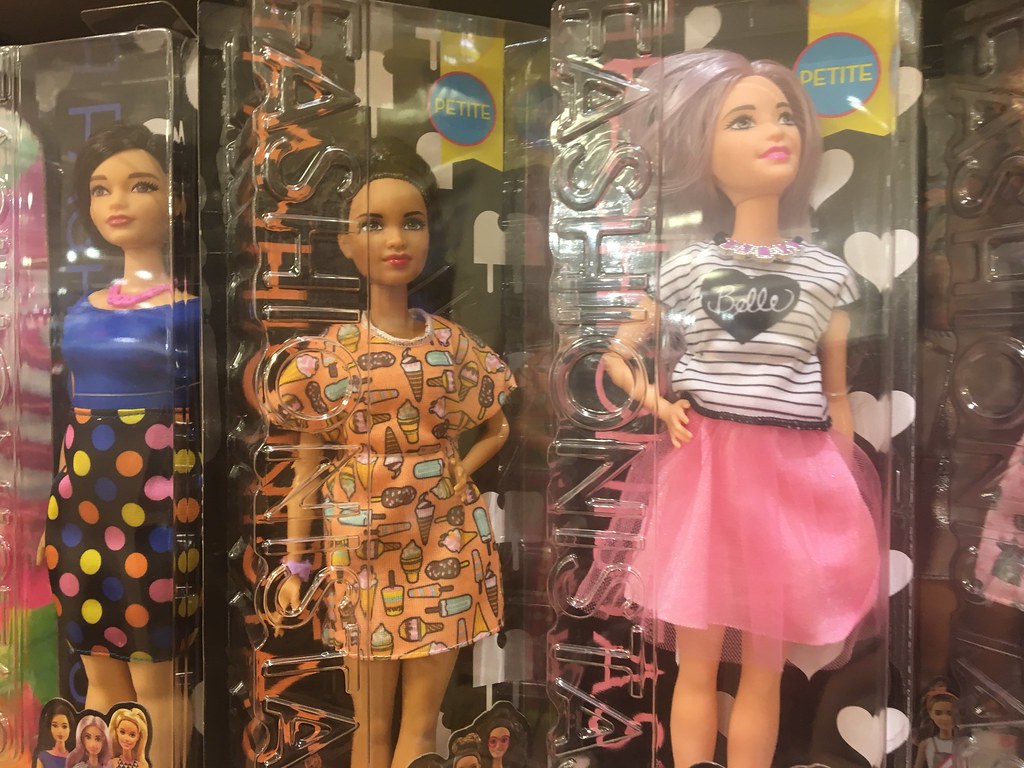 Here we have some Fashionistas -I forgot to take a photo of the price, but there weren’t any ones that really caught my eye.

I dunno, I just feel like today’s Fashionistas just aren’t worth buying if I’m going to have to find another body for them. It’s just too much hassle.

The Things I Almost Bought: 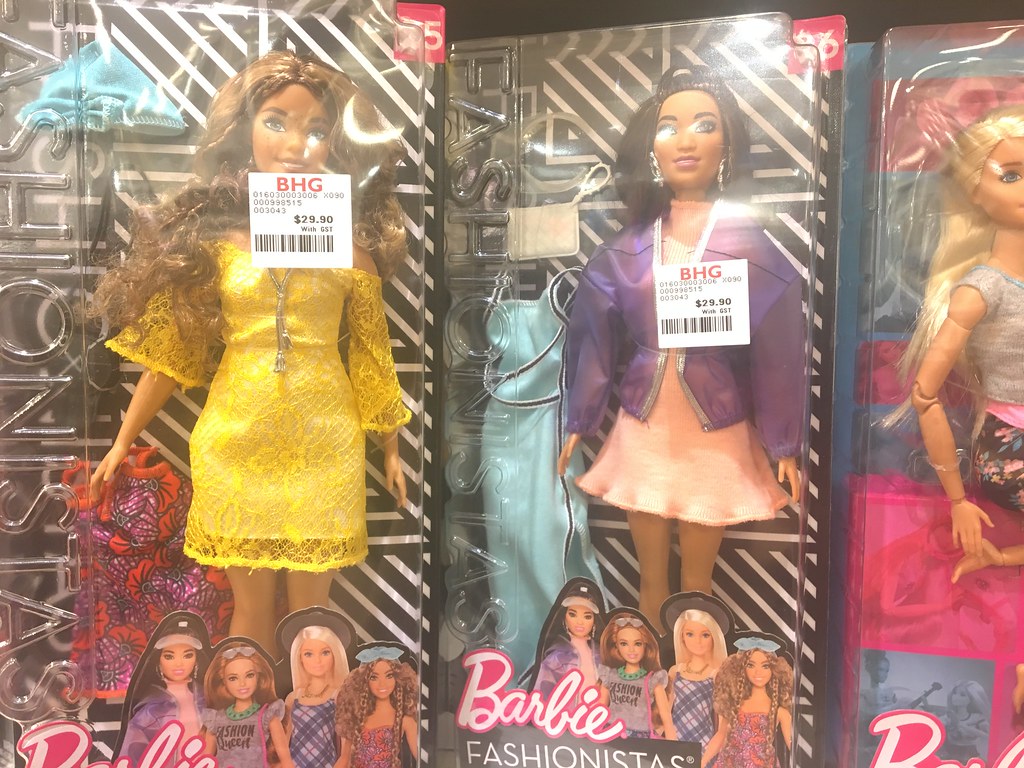 The doll on the right is one that I really wanted! She was $30 and I stood there for quite a while and considered whether I actually needed her. $30 is not a super-bad price, considering you get two dresses and a jacket, and of course, a really pretty doll! They don’t sell these kind of Fashionistas where I live so it was my only opportunity to buy.

I eventually told myself ‘no,’ because again, the decluttering thing. 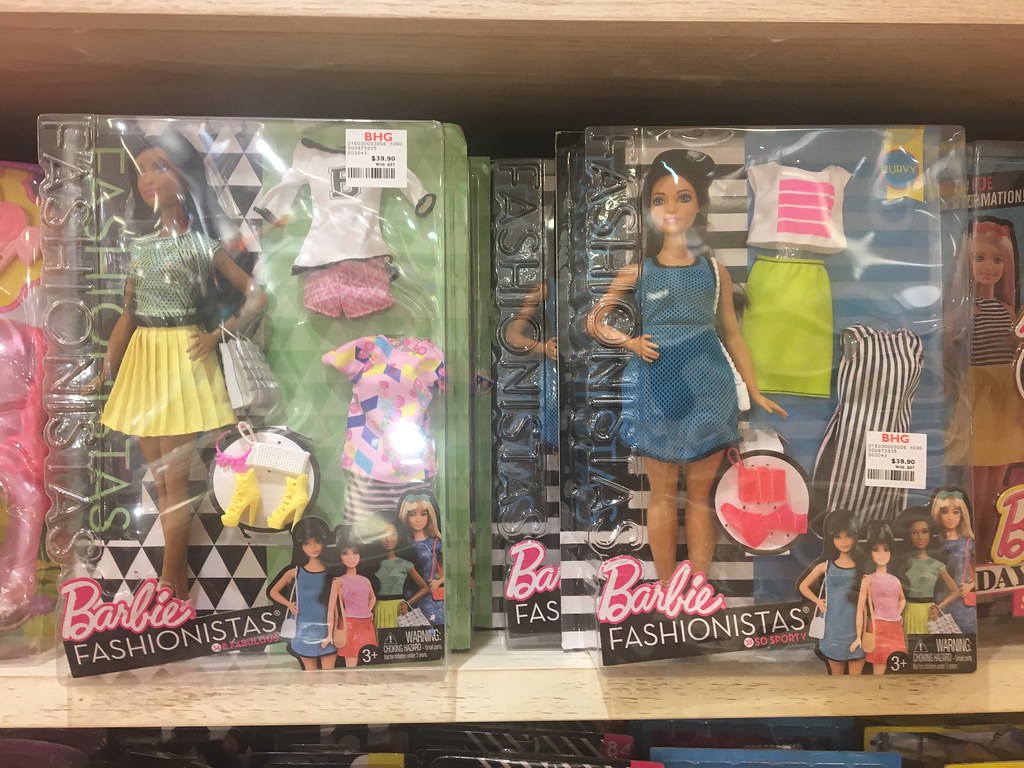 I also really wanted these two dolls because again, I’d never seen them IRL before. I actually picked them up and held them for awhile, but then I put them back because HOLLY YOU CAN’T SPEND $80 ON TWO DOLLS!

Yup. They were $40 each, which makes me want to cry because I really, really wanted them. The dolls themselves are so cute and I really like all the outfits they come with. I knew I could easily incorporate them into my storylines. 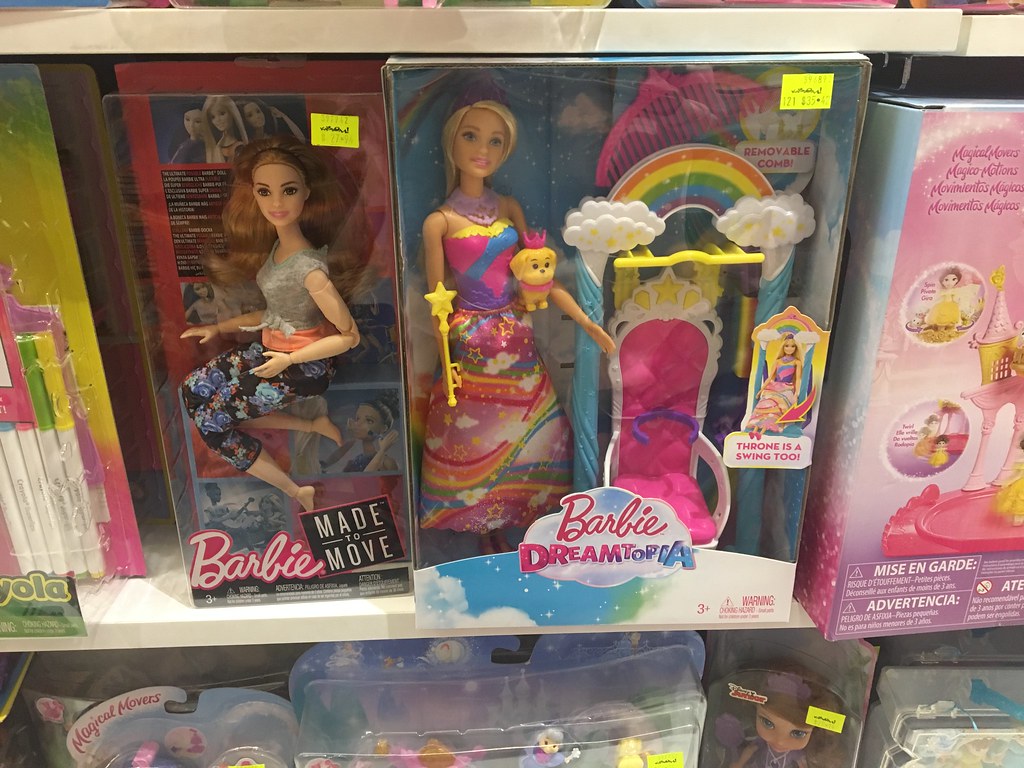 THE CURVY MADE TO MOVE DOLL! Ahhh! This was my first time seeing her IRL (how many times do I have to say that?), and at only $28, I really wanted to buy her.

I didn’t end up buying her because again, decluttering. Aside from a few Dreamtopia dolls, that was pretty much the entire Barbie selection.

Some Things I Spotted at Kmart (Back in Australia) 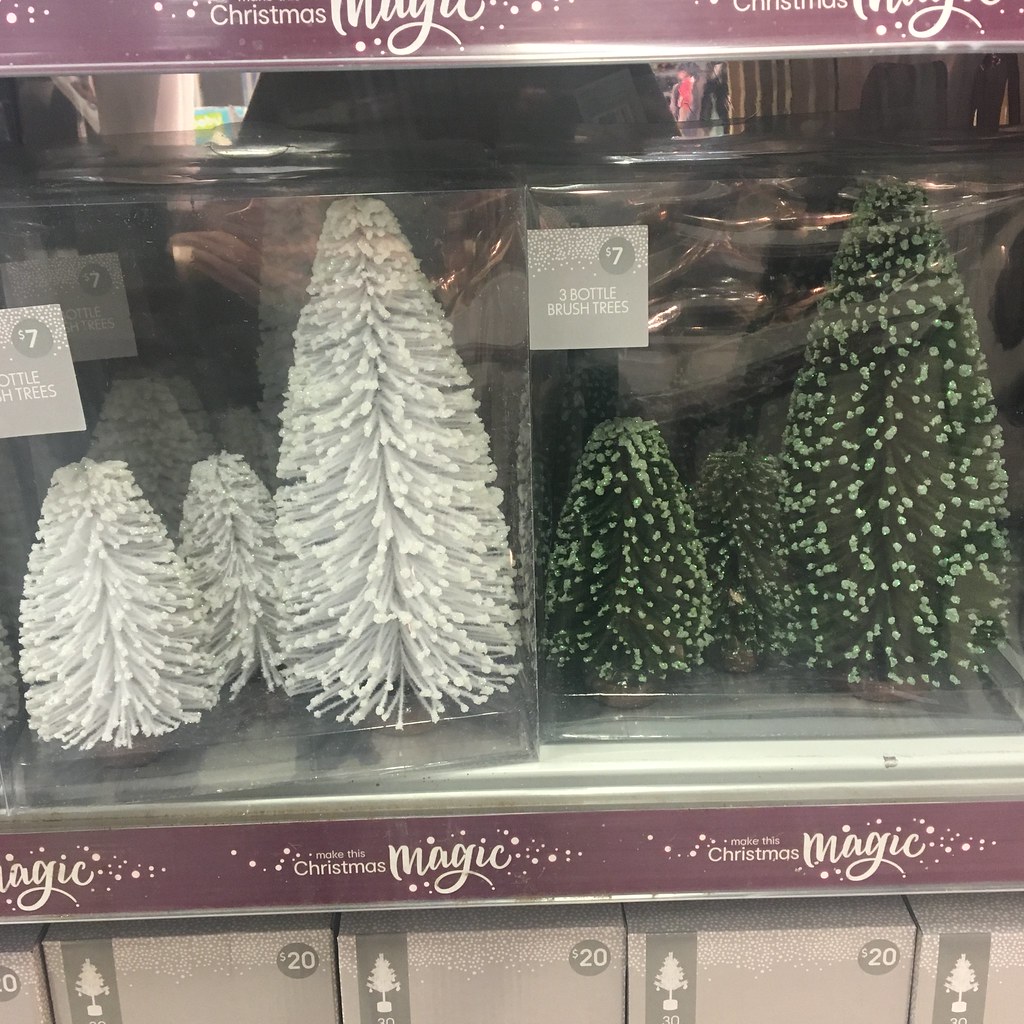 Mini Christmas trees! These were only $7 each, and I really wanted the green ones for my side table. They would also make fantastic decorations for dollhouses, or creating some kind of “Santa’s Wonderland” at a doll-sized mall.

I didn’t buy them. Saving money and all that, but I thought it would be good to share in case anybody reading this is interested in picking one up. 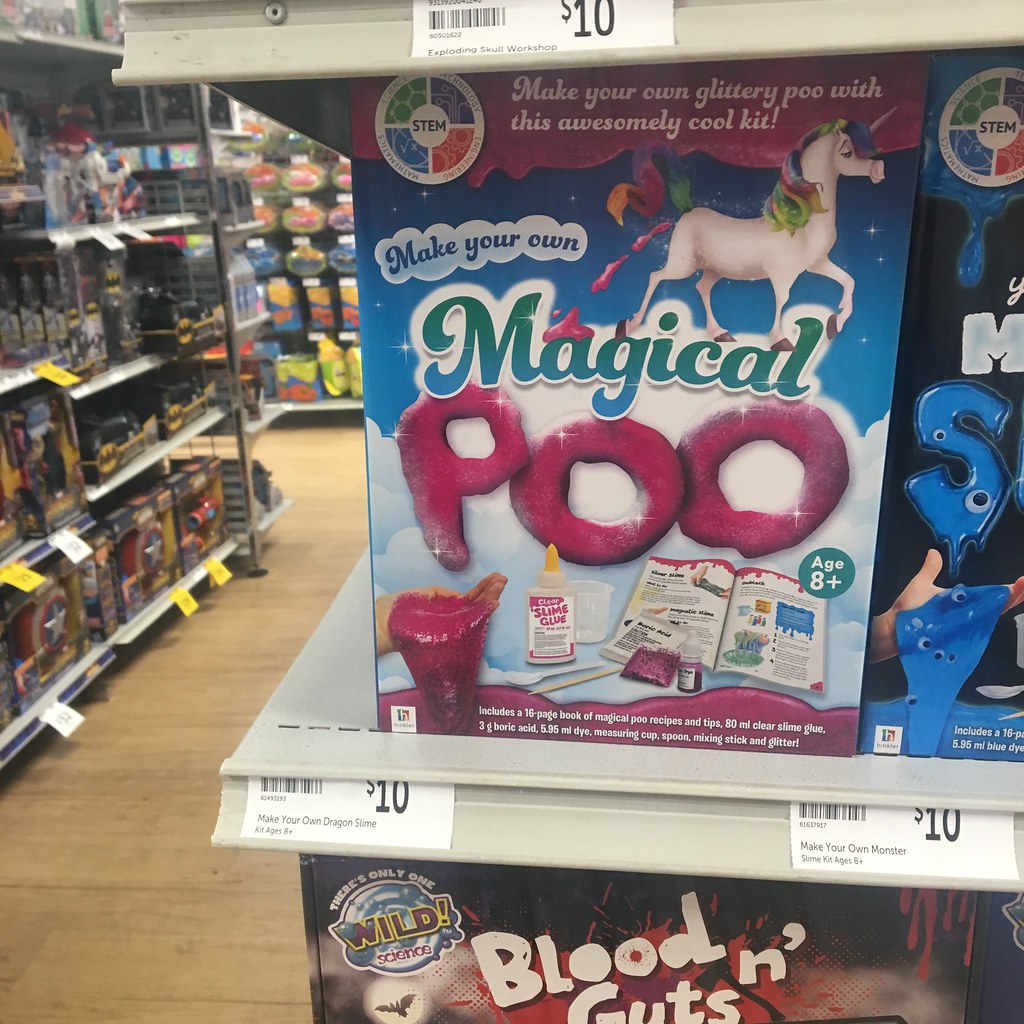 16 pages of instructions on how to create your own “Magical Unicorn Poo!” Just what you need!

This isn’t relevant to anything, I just thought it was ridiculously weird.

Overall, Singapore has a decent selection of Barbies -there is a Toys R Us in Suntec that is currently selling a few Hello Kitty fashions (didn’t get any pictures), and there’s a few other Toys R Us locations around the country that I didn’t get a chance to visit. The BHG at Bugis has a great selection of Fashionistas, especially ones that come with extra outfits, but for me personally, I just don’t need more “stuff” and I’m happy with the dolls that I have.

In terms of pricing, things are quite expensive but there seemed to be quite a few rare items (the Skipper Babysitters Inc boy and the curvy MTM doll are notoriously difficult to find), so it could be worth it to spend a little extra, especially if you find something you can’t get elsewhere.

And that’s my thoughts! It was really interesting to see what kind of things were available in another country, even if I didn’t buy anything.