Hello, hello! The #1 fashion magazine in my dolly world is called Planet Fashion, and today, for the very first time, I have prepared a real issue for you!*

*Okay, not really! I just did a photoshoot and wanted a creative way to display the pictures. You can view the shoot in PDF form here.

Also, FYI, I am obviously not a fashion editor / graphic designer / writer, so don’t take any of the advice seriously! The words are just so it seems more like a magazine, they’re just filling in space. 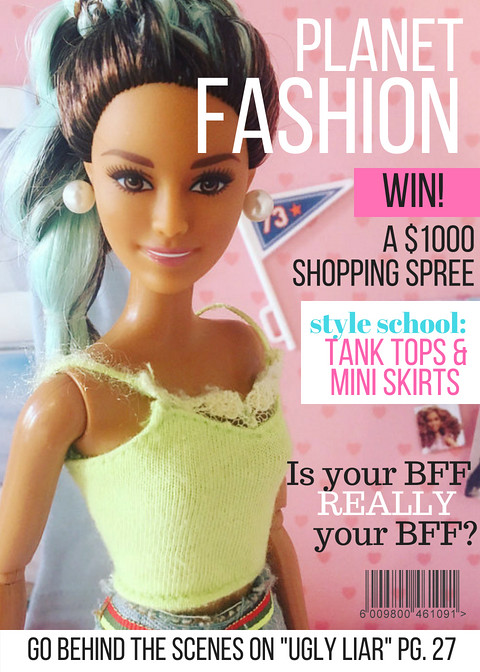 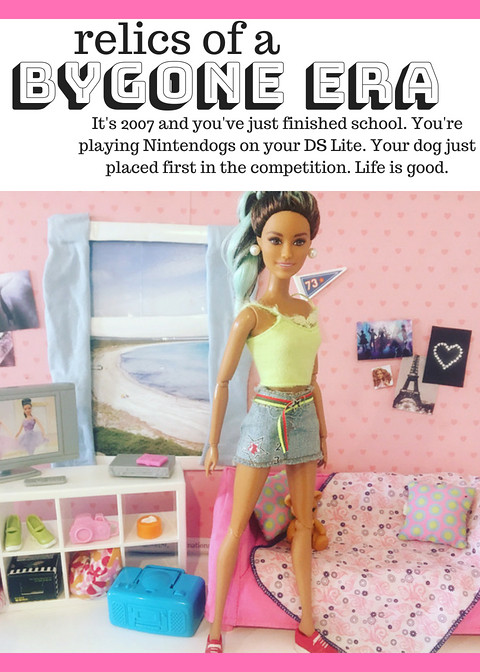 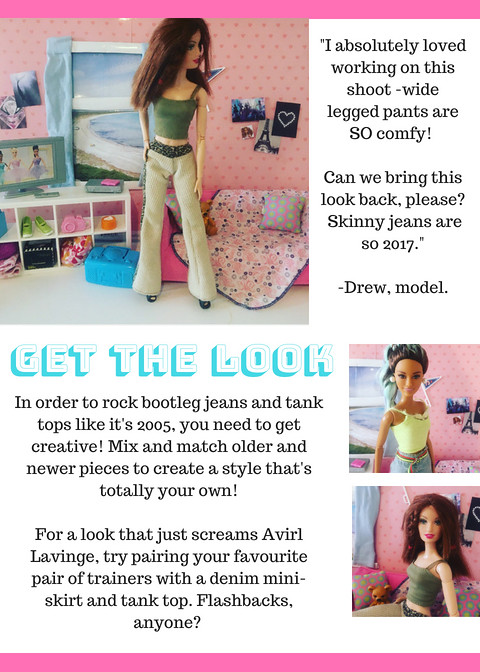 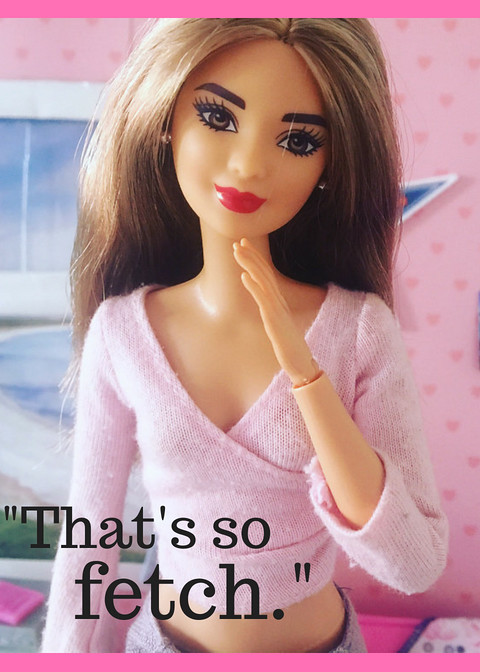 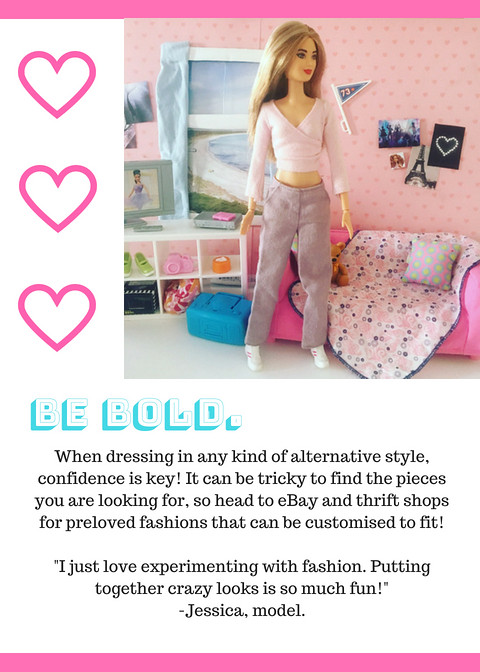 Okay, that’s it! If you didn’t catch the reference, the opening statement at the front was in reference to this meme: 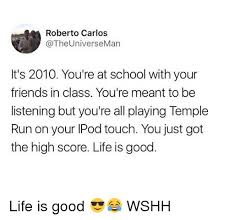 There are lots of variations, but it’s basically “something mundane you did when you were a kid that nobody does anymore.” And yes, of course it’s ridiculous to refer to the early 2000s as an “era” but I thought it was just an interesting title.

Here are photos in their regular format: 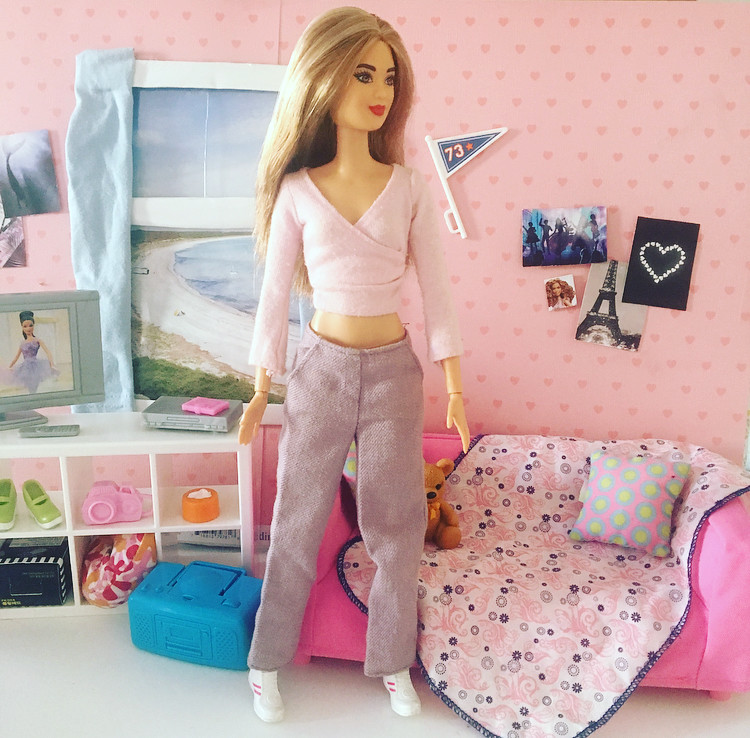 This is Jessica wearing Happy Family Grandma pants, I Can Be… A Netball Star trainers and a top from the Totally Real House. 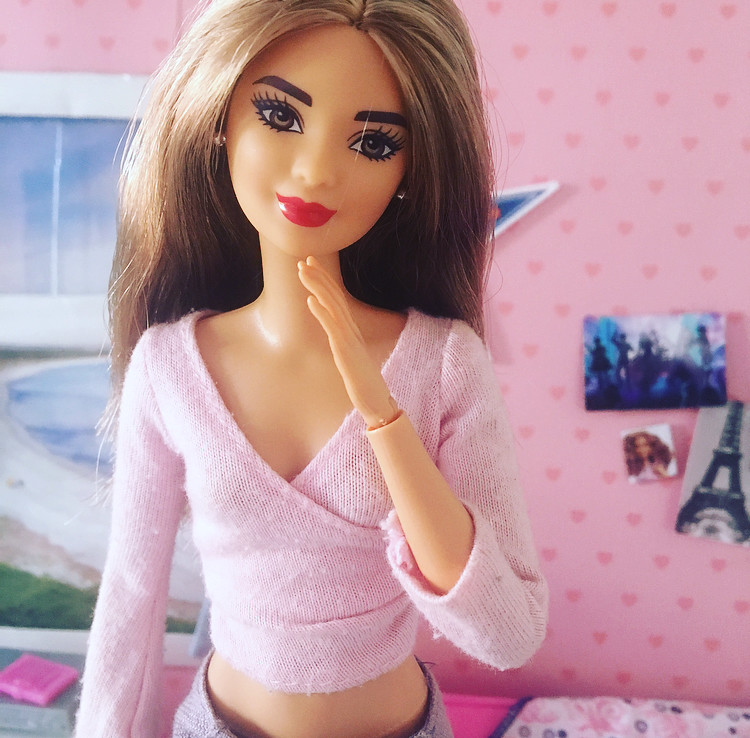 This is one of my favourite photos.

This backdrop is definitely inspired by the bedrooms of my friends and I when we were around ten or eleven years old -look at all the posters on the wall! We cut them out from magazines and stuck them everywhere there was a space. One of my friends had her posters lining all four walls and the ceiling! 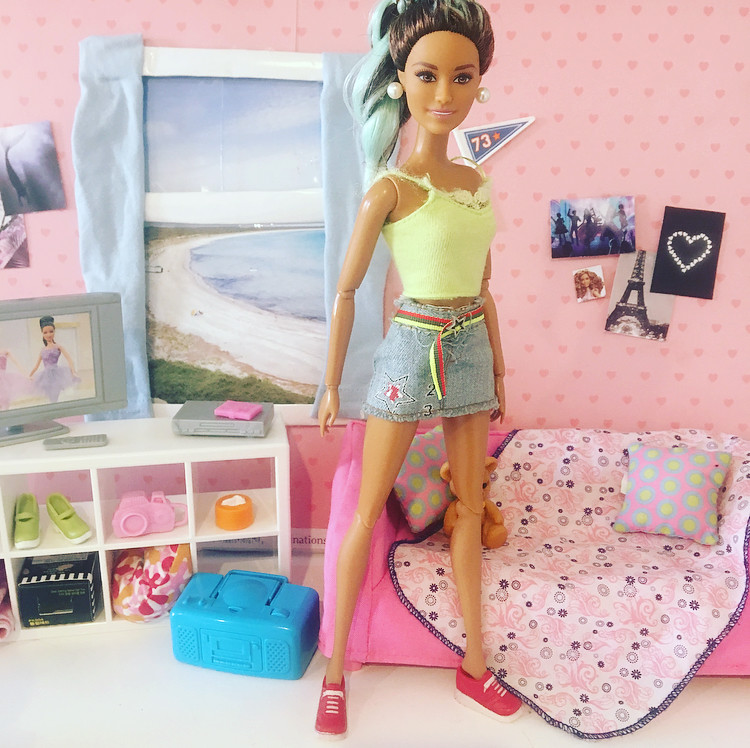 This is Nikki wearing a Fashion Fever Drew skirt and trainers. I forgot where the top is from. 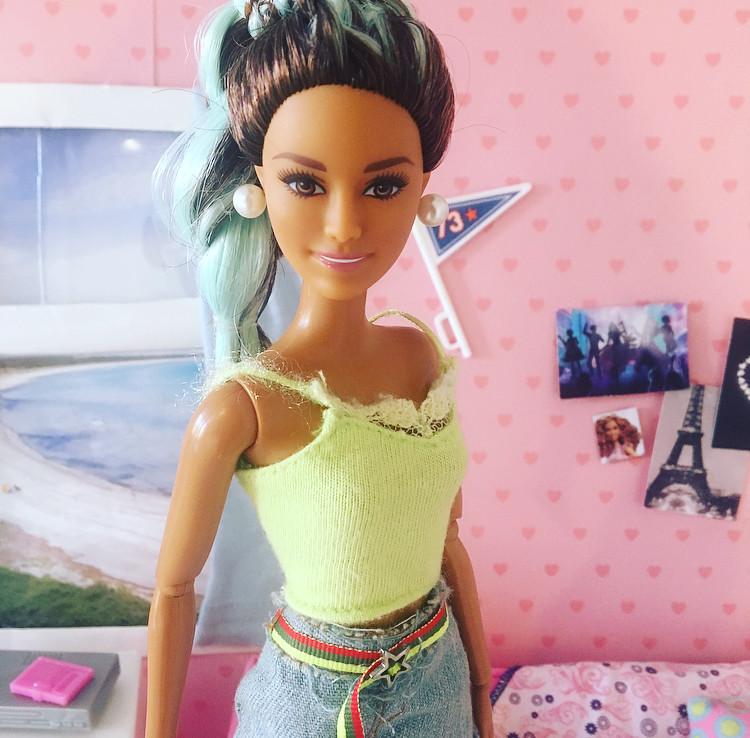 If you look closely, you’ll see a DVD player on the left. When I was younger, having a big TV in your room was definitely ~the cool thing~ to have. If you had a VCR or DVD player that was even better! 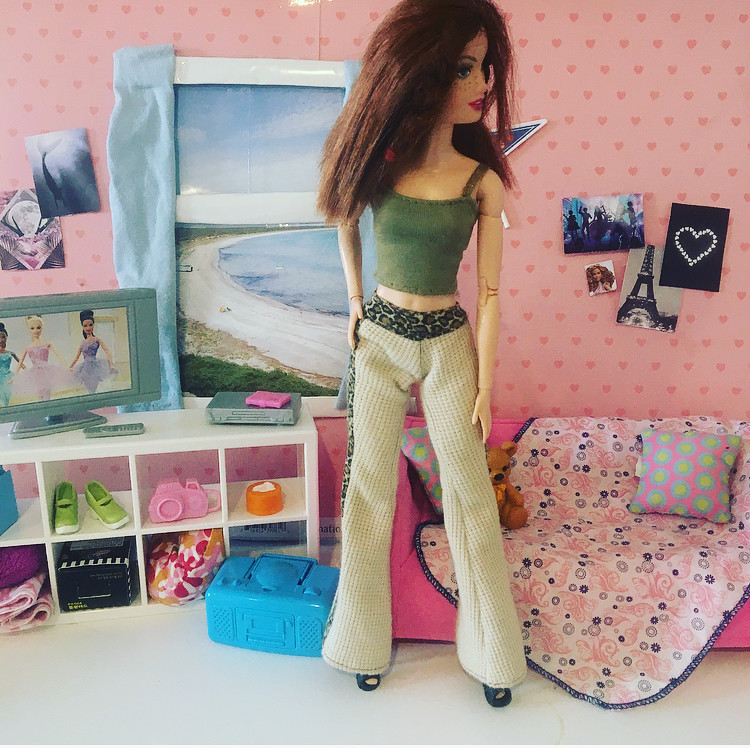 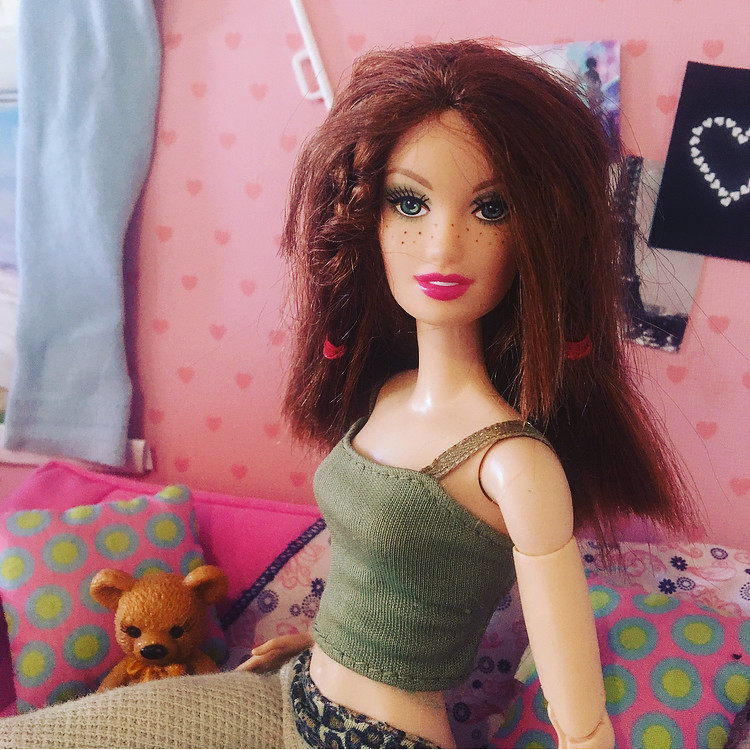 This is my #1 favourite photo from the photoshoot. I’ll probably reuse the house as Barbie’s house -who else would want to live in a room with that much pink!

Anyway, I’ll see you all next time!

8 thoughts on “Relics of a Bygone Era -Planet Fashion, Issue #1”