Okay, so I just got back from a trip, so there’s a bunch of stuff I still need to work on -like reading your blog posts! I’ll definitely get all caught up on that within the next week or so, I promise!

Today I visited the mall and oh my gosh! Since I’ve been away for so long, there has been a bunch of new Barbie releases in the meantime. SQUEAL! I only picked up two today, but there’s a couple more I have my eye on:

-The petite doll with the plait and the silver jumpsuit

-Pink Passport ski doll (she was reduced to $15! I want her to be a body donor) 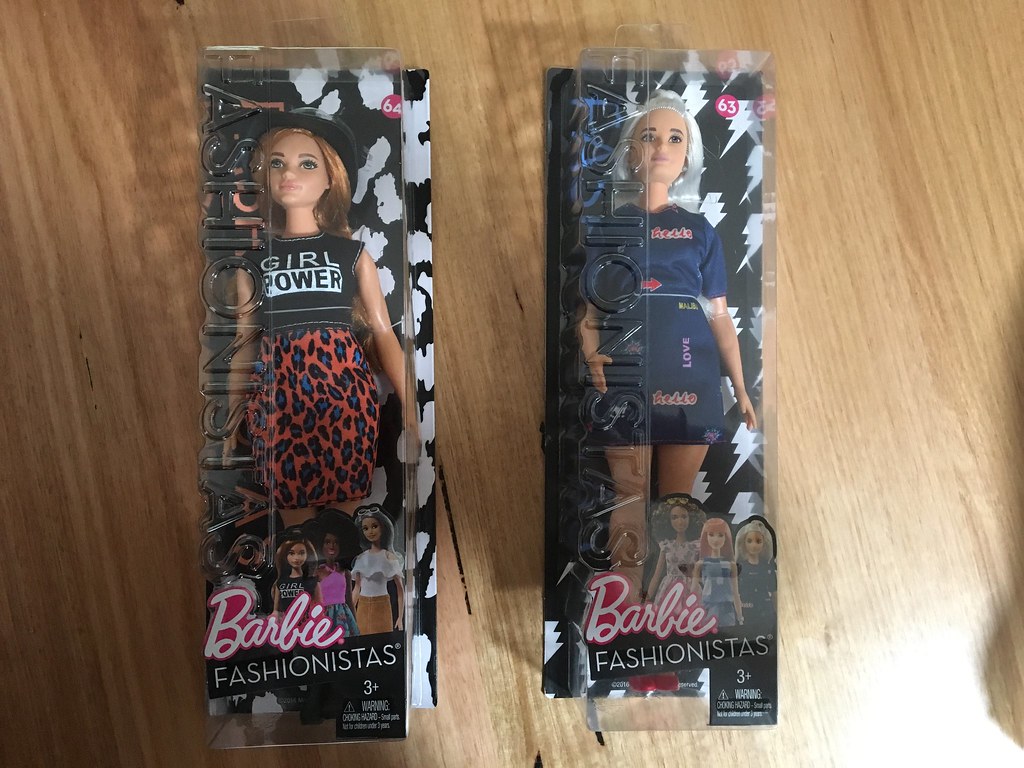 The dolls inside the box… 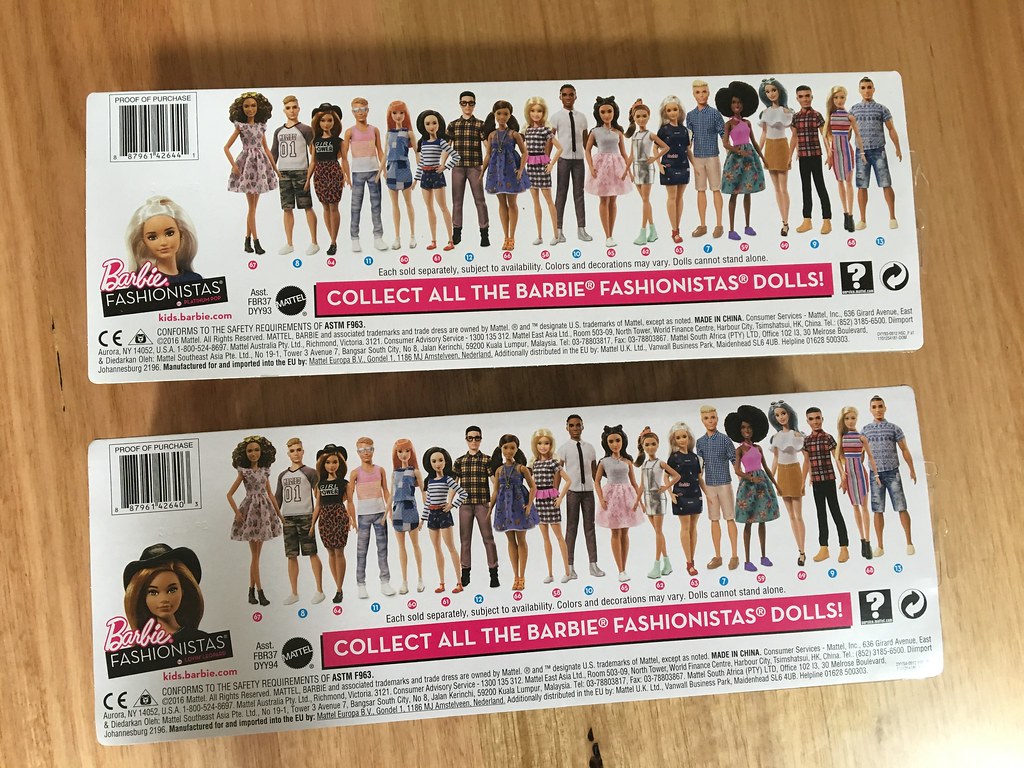 I ended up getting #63 Platinum Pop and #64 Lovin’ Leopard Fashionistas, both for $13. It’s funny -Fashionistas are usually sold for $12, where I live. I don’t mind paying a little bit extra, but it’s a bit bothersome all the same. 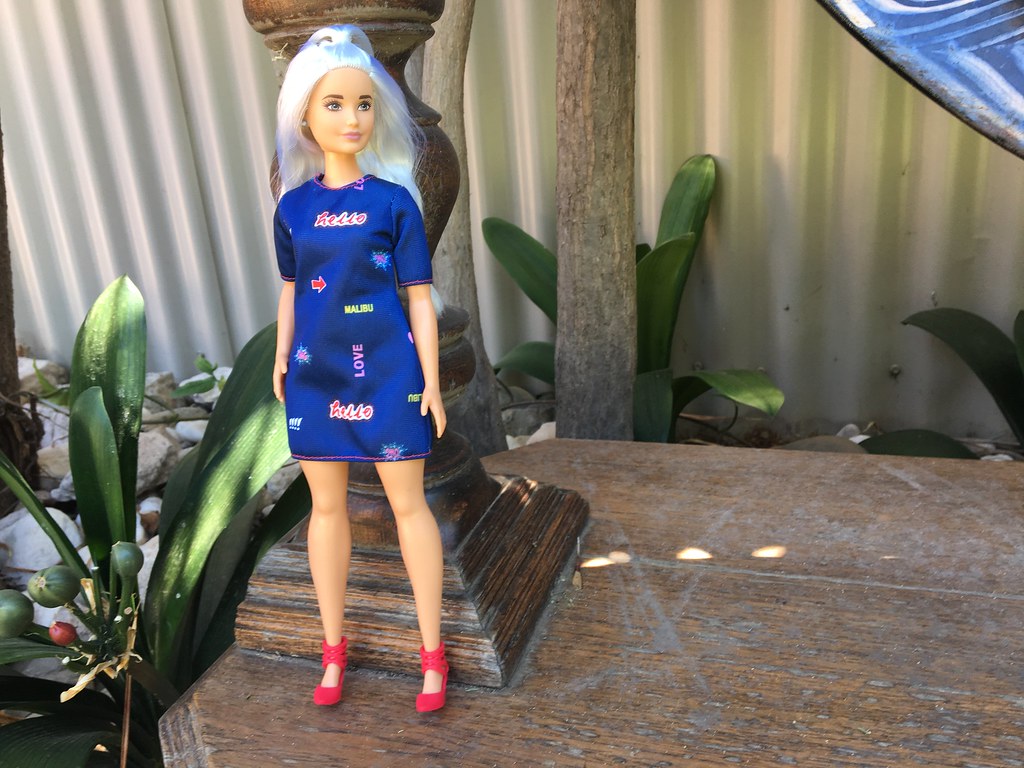 These two are my first-ever curvy dolls. I had my eye on Platinum Pop for some time now, but I bought Lovin’ Leopard on a whim. 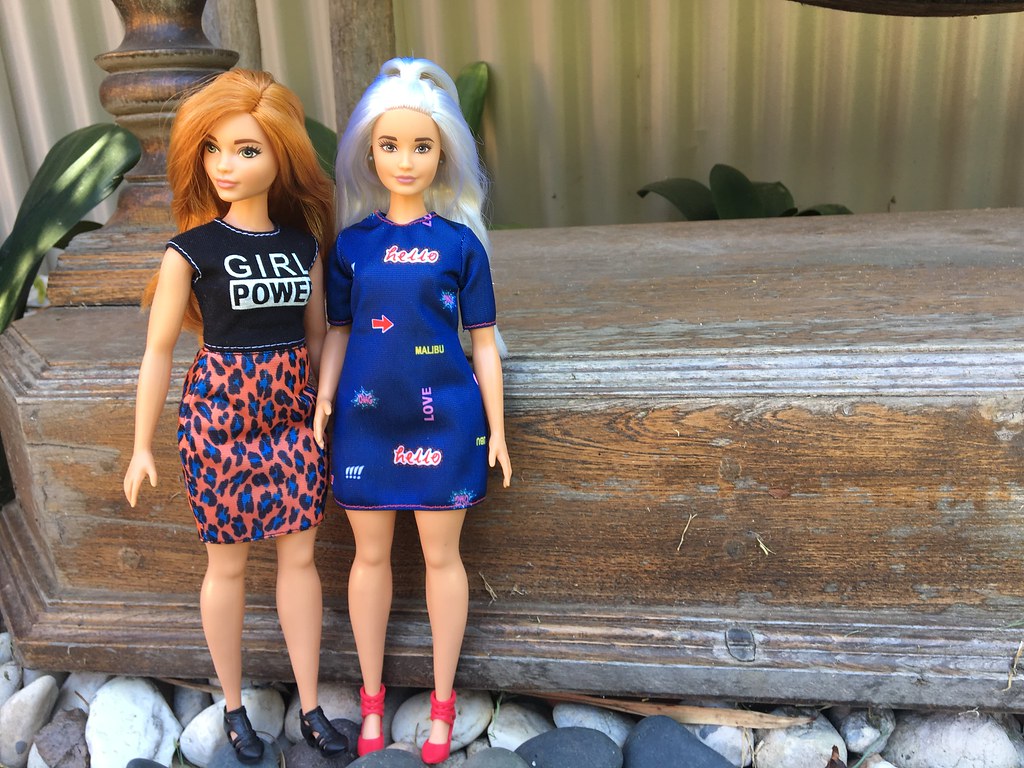 I’ve also decided to end my Barbie Ban. I did very well in 2017, all things considered, and I’ve decided that I’m allowed to buy whatever I want in 2018 -as long as I stop spending money on food! That’s definitely the biggest offender for me. 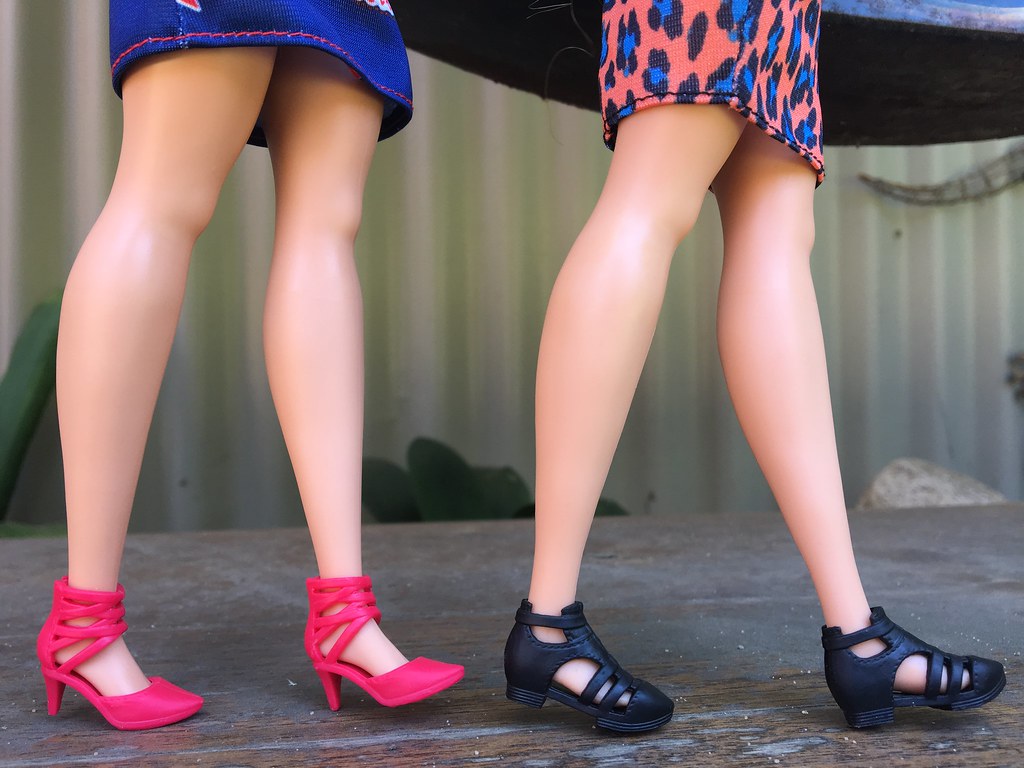 Yay, high heels for curvy dolls! I haven’t seen that before. Both pairs of shoes are very cute, I’m sure both of them will come in handy. 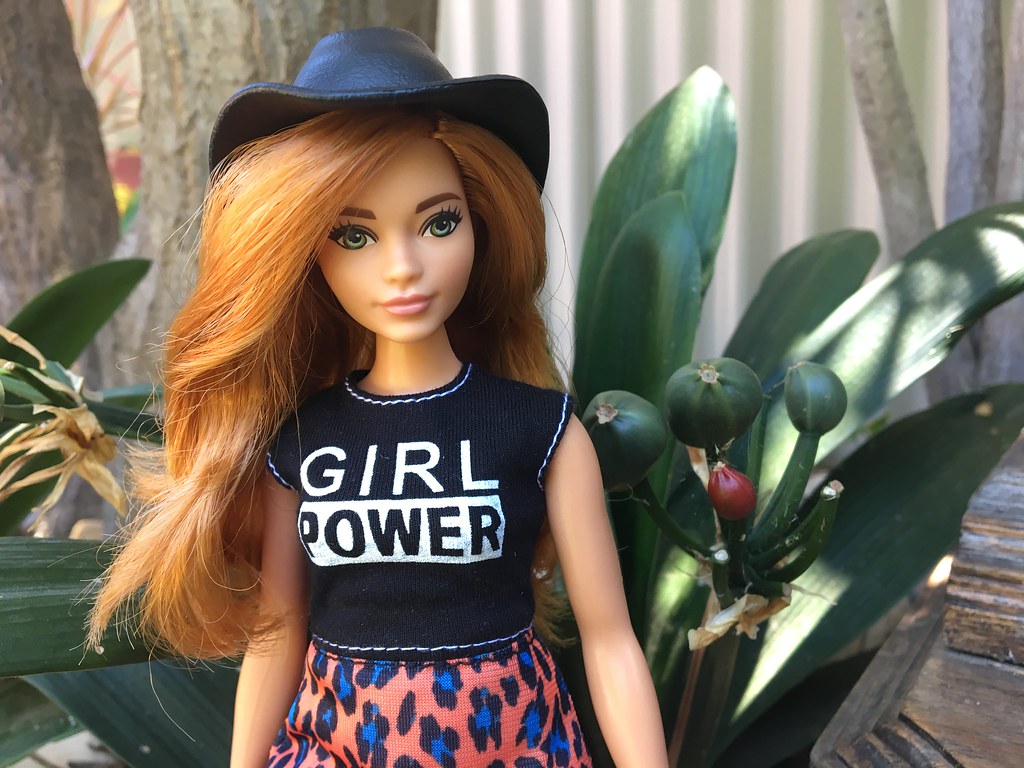 I think she looks very sweet and friendly. She’s going to have a major part in my new ‘Neko vs Planet Fashion’ series! (that’s why I bought her -I needed a character who lives in New Doll City, not Aquifolia) 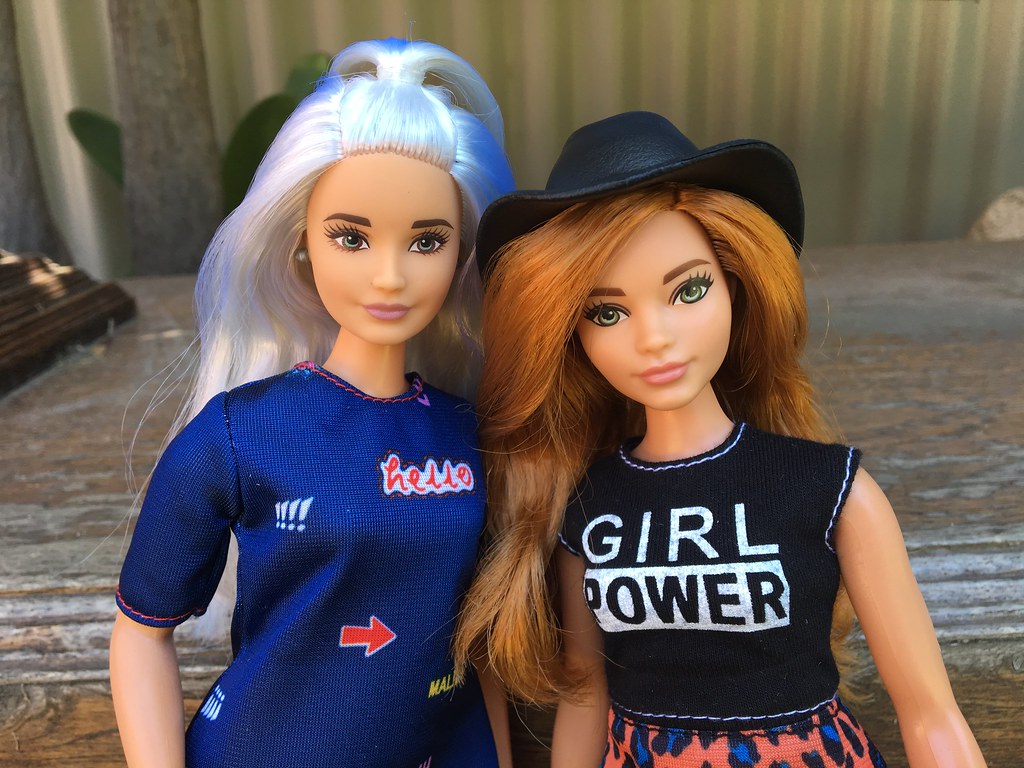 Platinum Pop will be named ‘Chloe.’ She will have a major part, too! Also -take a look at the difference between the girl’s faces. Janessa has very big eyes and a rather round face, while Chloe has smaller eyes and a more traditional ‘Barbie’ face. 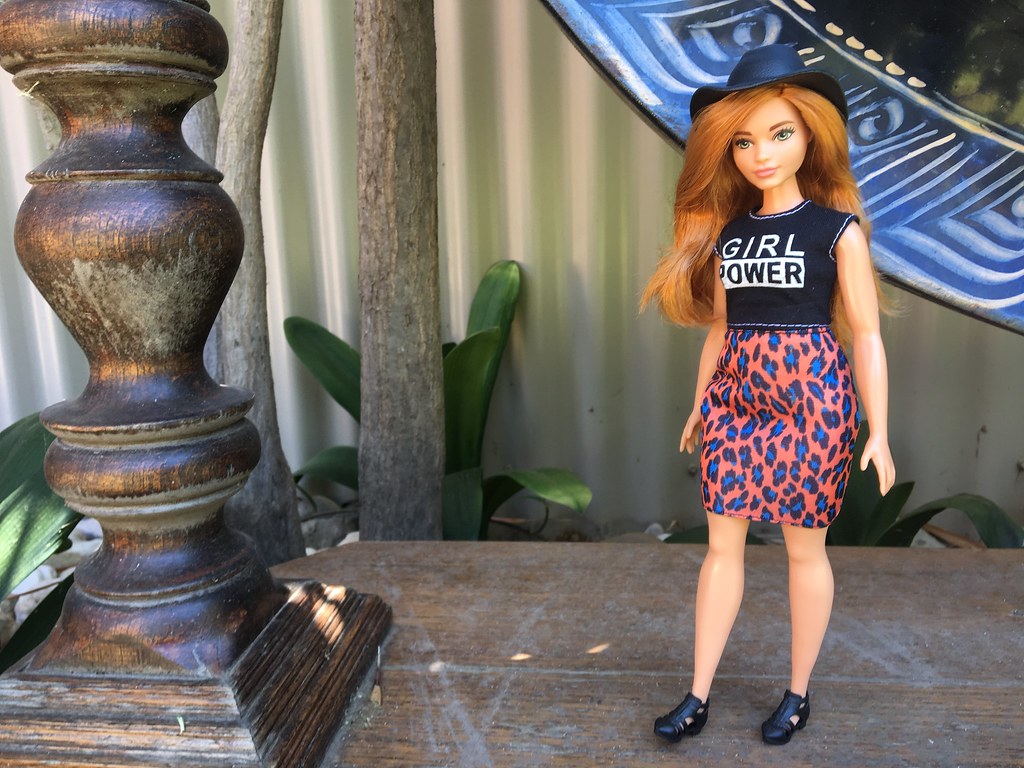 I love both of their outfits! The pattern goes all the way around for both dolls.

Neat idea: What if Fashionista dolls came with accessories? Perhaps a tennis racket, mobile phone, coffee cup, a cat, a stack of books… There are so many choices! Just one small item would make my purchase feel more justified, and give the character more ‘life.’

For example, if a doll came with a cheerleading pom-pom, that unlocks such a wider story! And it’s so cheap to produce, too, it would hardly cost the company anything.

I also think it would be cool if the dolls came with a mini poster -perhaps a checklist of all the Fashionistas, or just a promotional image? I remember Littlest Pet Shop pets used to come with those, and I always tried to collect everything on the checklist.

ANYWAY, let’s move on! What do you think of these two dolls? What new dolls are you looking forward to? Will you be sticking to a “Barbie Budget” this year?