Whoa, can you believe it’s November already? It feels like I was writing my 2017 Barbie Wishlist just a few short months ago!

The photos are all from https://barbielistholland.wordpress.com/2017/06/20/2018-news-about-the-barbie-dolls/

Anyway, let’s get started with the first beautiful doll, from the 2018 Fashionista line.

Isn’t she the cutest? I love her outfit and her face, but ugh, that stiff body! I hope they release a new line of Made to Move dolls next year 😛 Hopefully I’ll be able to rebody her!

Ahhhh! Friends for Skipper! With cute new fashions! Any of these would make me very happy! These are definitely my 2018 Must-Have.

Apart from these five, I’m not super excited about the upcoming dolls. Their faces seem a little too cartoonish, and the fashions are not much to get excited about. And this doll -look at the skintone match! Did they even try??

For now, these are the only items on my wishlist -but just you wait! I’m sure we’ll discover more as the year goes on, and there’s still plenty from 2017 to gasp over!

Let’s get on with the photostory! 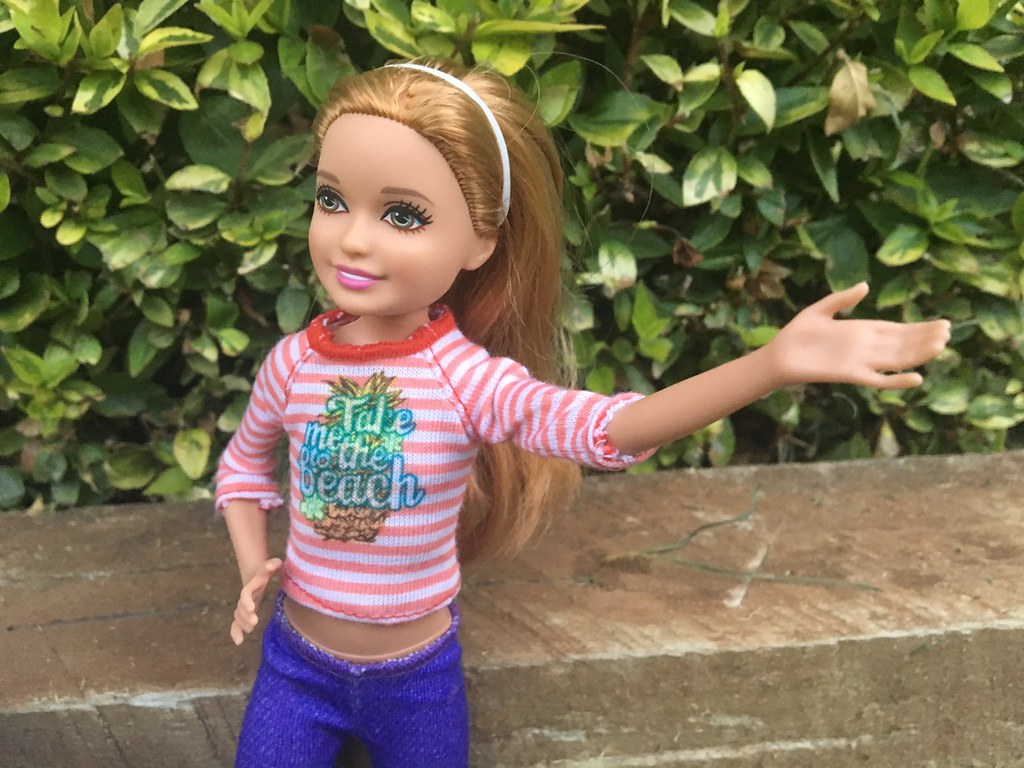 “Taylah, you moron!” Stacie shouts, throwing her little plastic arms in the air. “The pizza is supposed to go in the middle of the table, not on the side! It’s the centrepiece!” 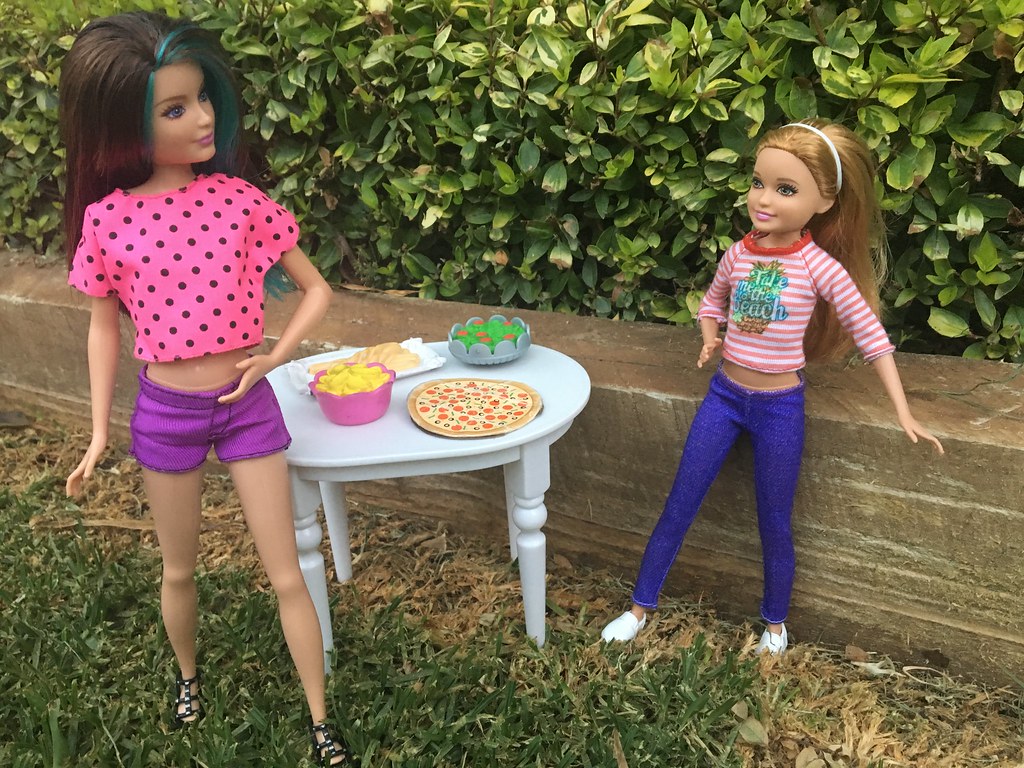 Taylah rolls her eyes. “And who put you in charge, anyway?”

Their argument is cut short when Stacie’s phone rings. 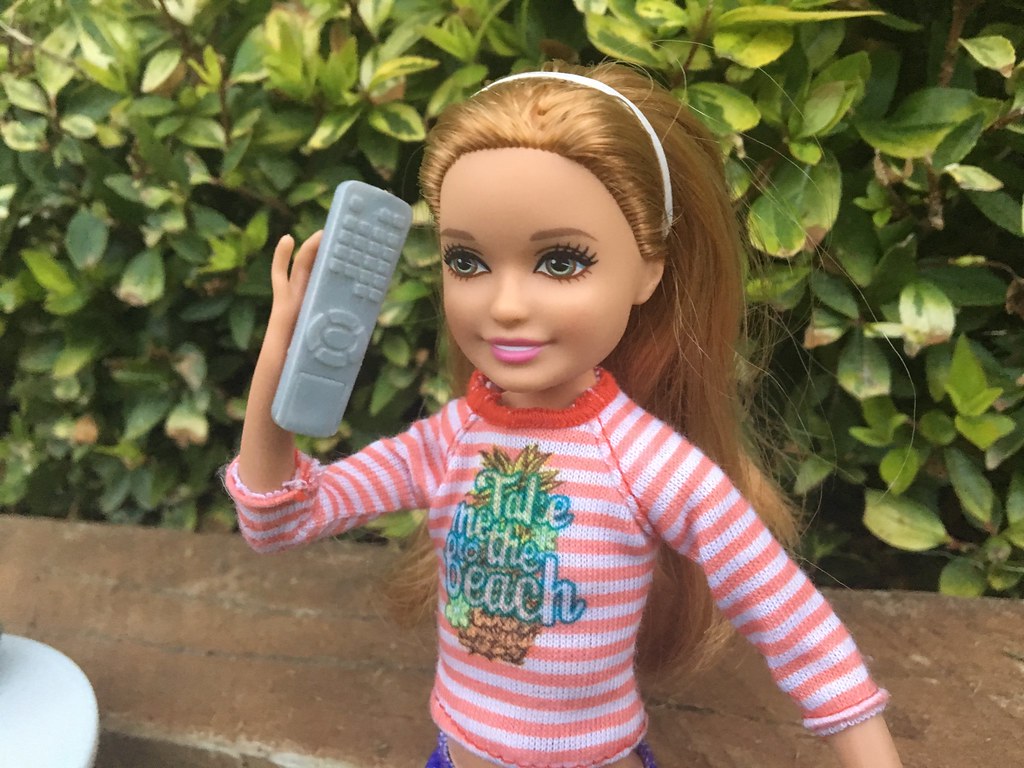 “Barbie, finally! I’ve been waiting for you to return my call! Where is Skipper? Are you bringing her here? …You haven’t told her anything, have you? It’s called a ‘surprise party’ for a reason.” 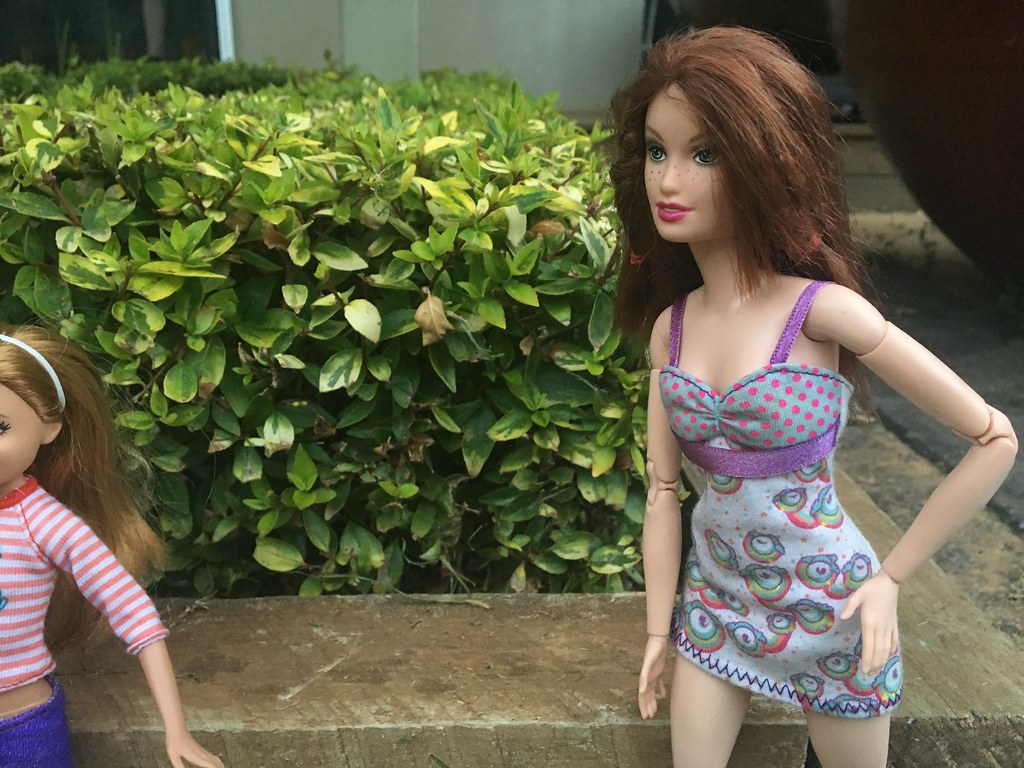 “What’s going on here?” Drew asks, coming up to Stacie and Taylah. “Is this a party I wasn’t invited to? How dare you!”

Both Stacie and Taylah ignore Drew, who sneaks her way up to the pizza. 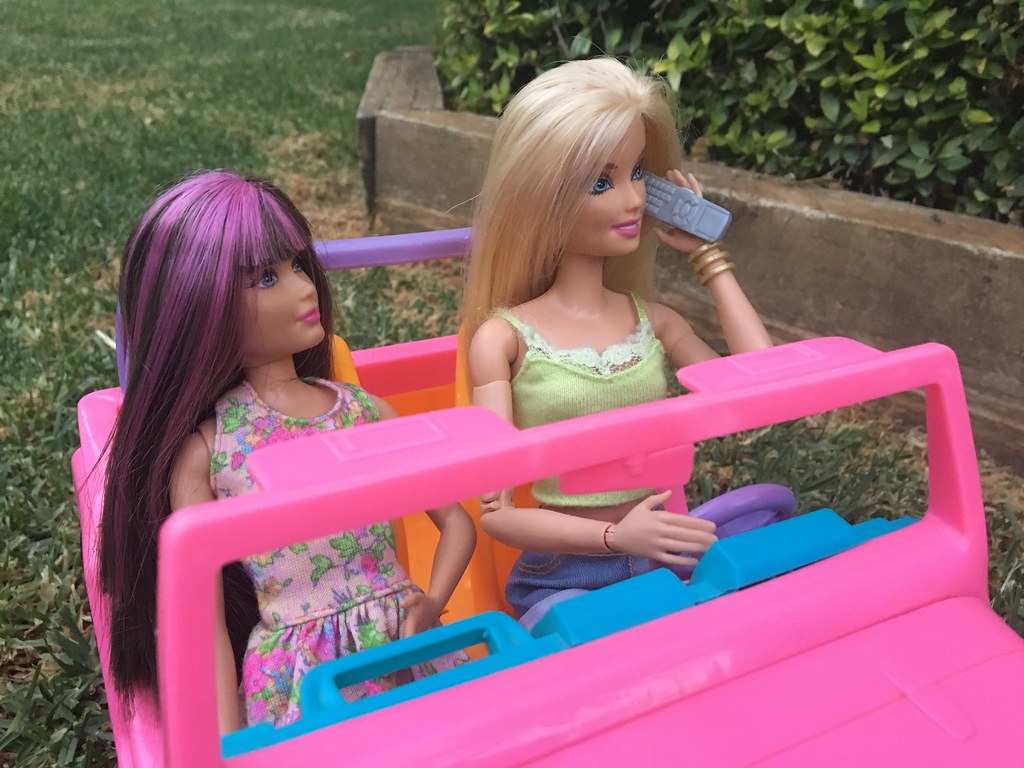 “Yes, Stacie. Skipper’s right here with me. She doesn’t know anything.” Barbie rolls her eyes at her sister’s intense party organisation.

“Barbie, what are you talking about?” Skipper asks. “What do you mean -HEY! Barbie, watch the road!” 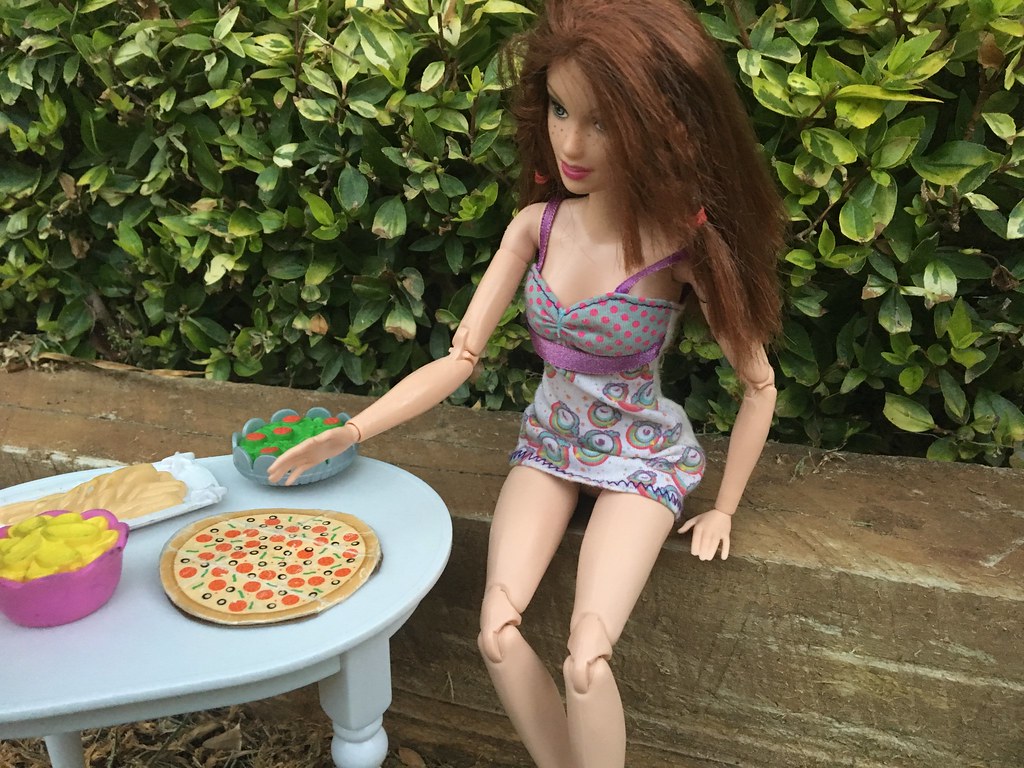 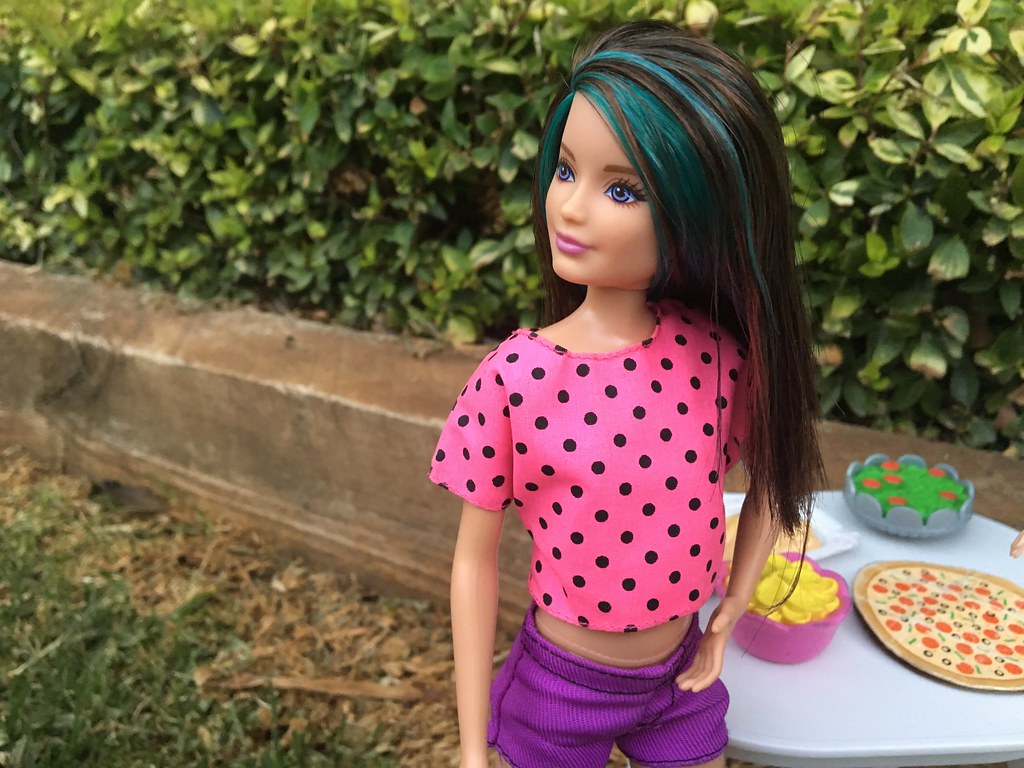 Chris turns around, hearing a car behind them. “That’s weird… That looks like Barbie’s car…” 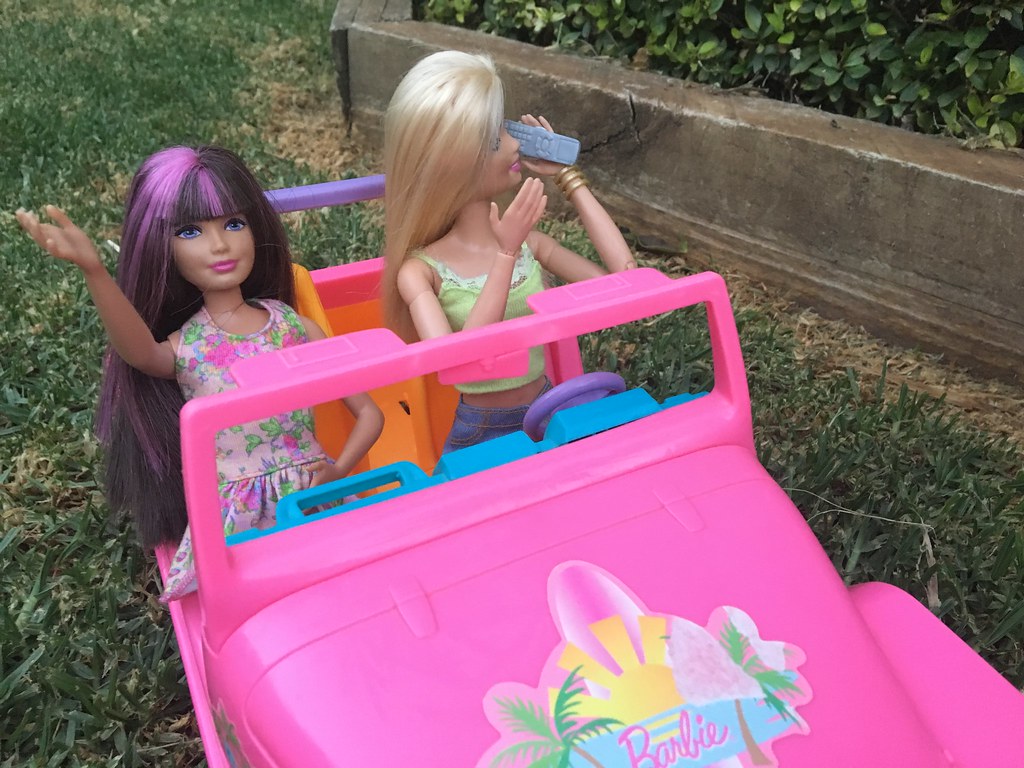 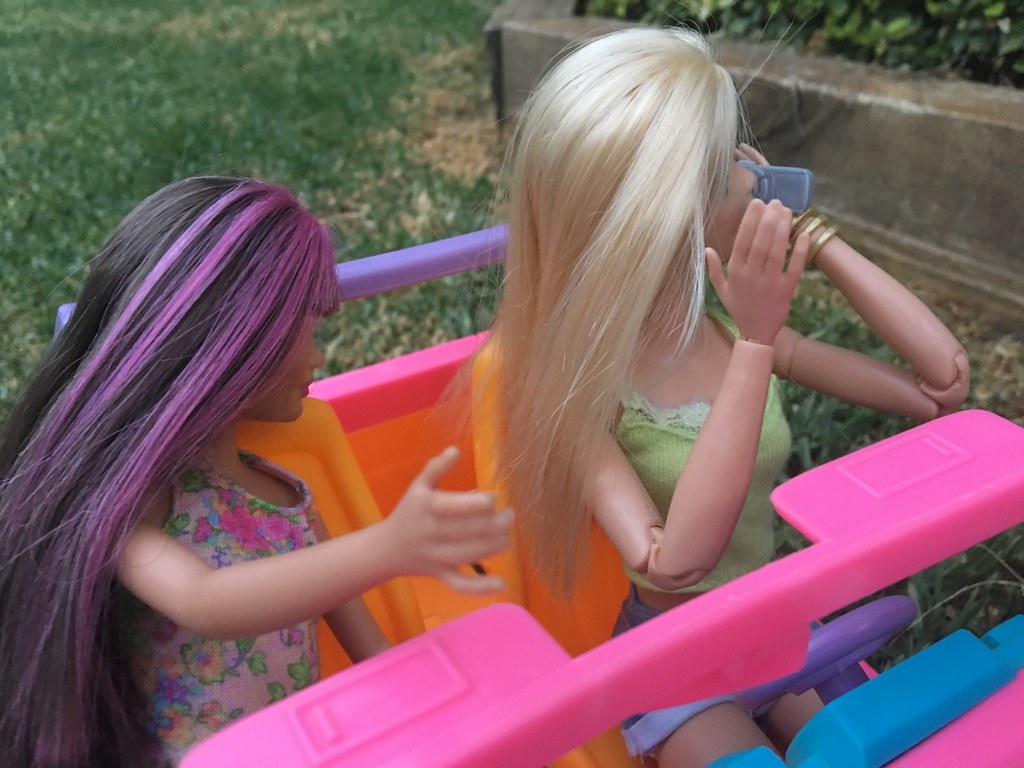 “Ugh, Skipper, shut up!” Barbie grumbles. “What did you say, Stacie? I can’t hear you, Skipper’s yelling.”

Skipper leans over and abruptly stops the car. 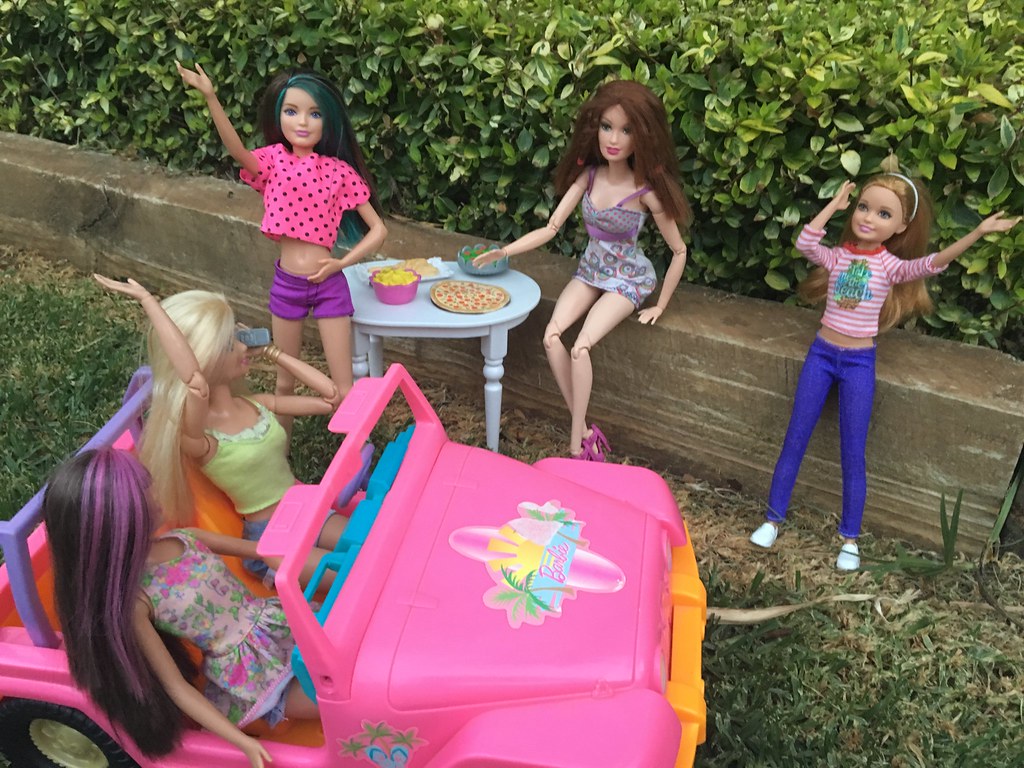 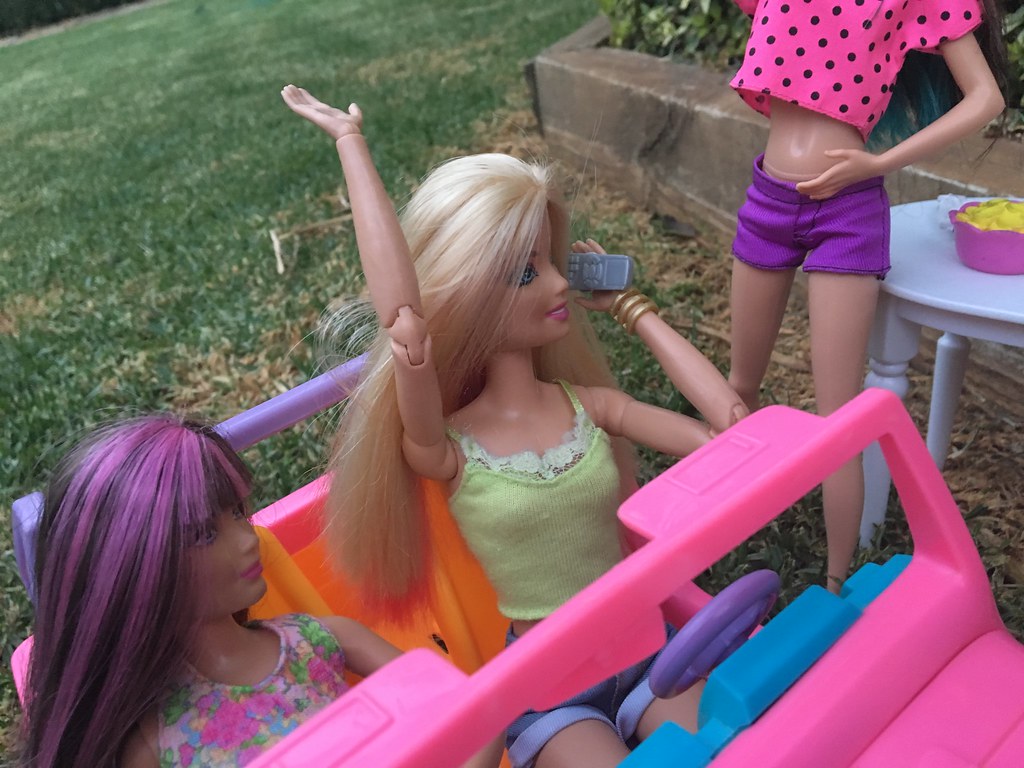 It takes Barbie a moment to register what is going on. “Surprise!” She yells, a little too late. 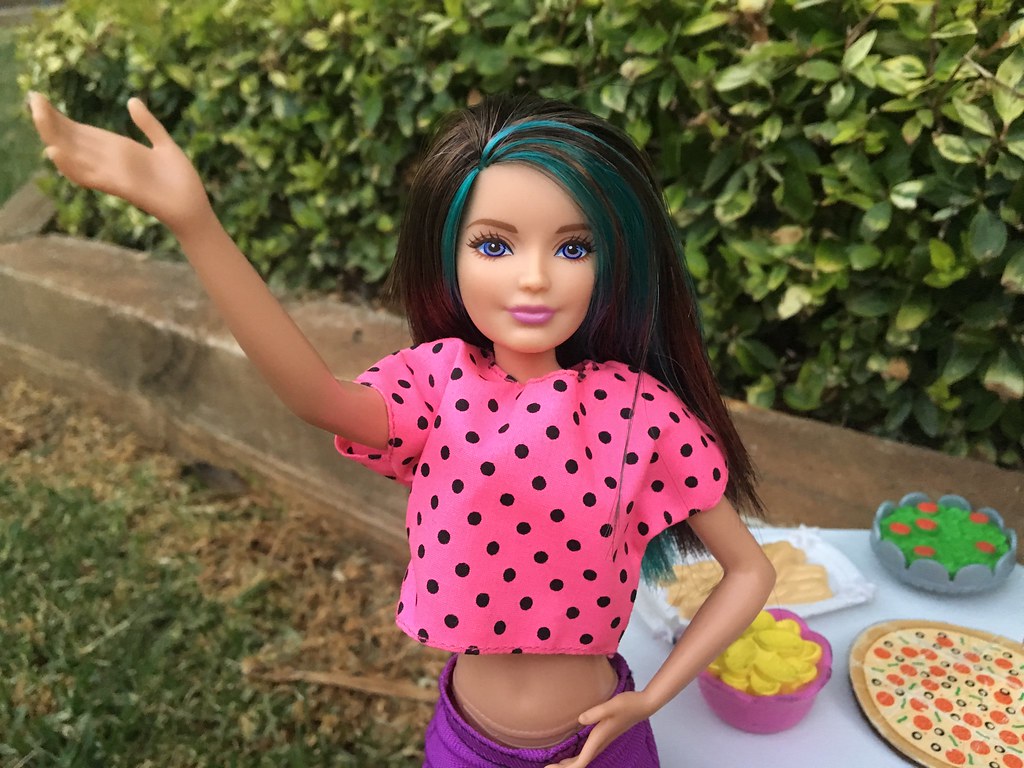 “We’re really sad you’re leaving,” Taylah begins. “But we want you to remember us! So we decided to hold a going-away party!” 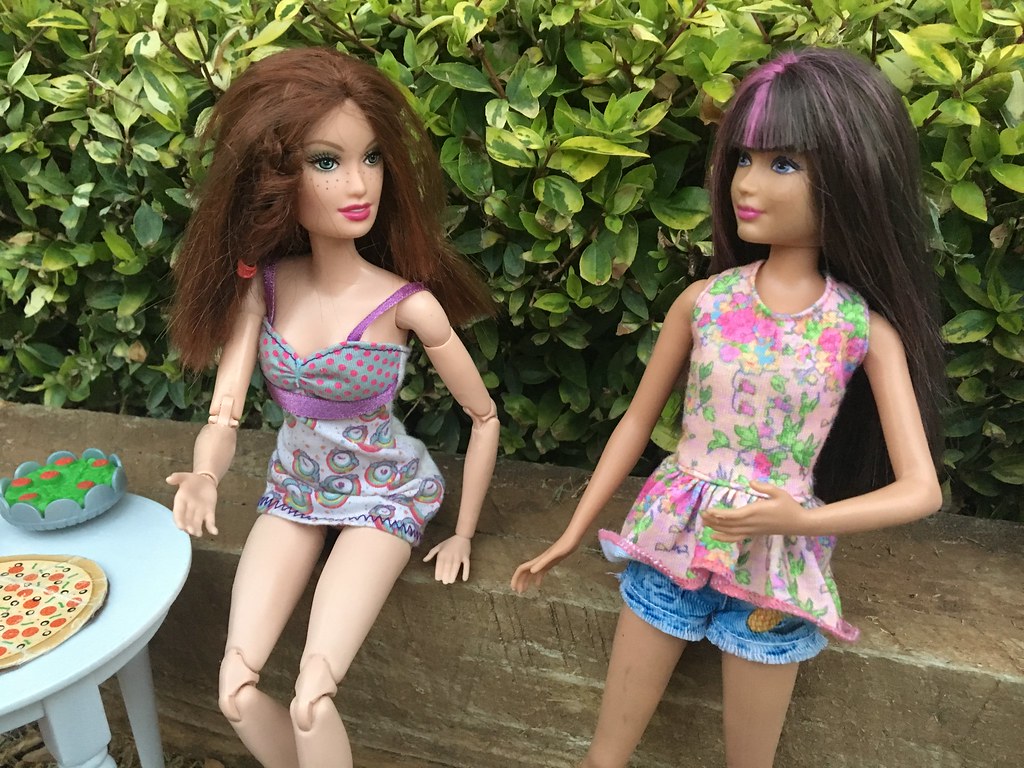 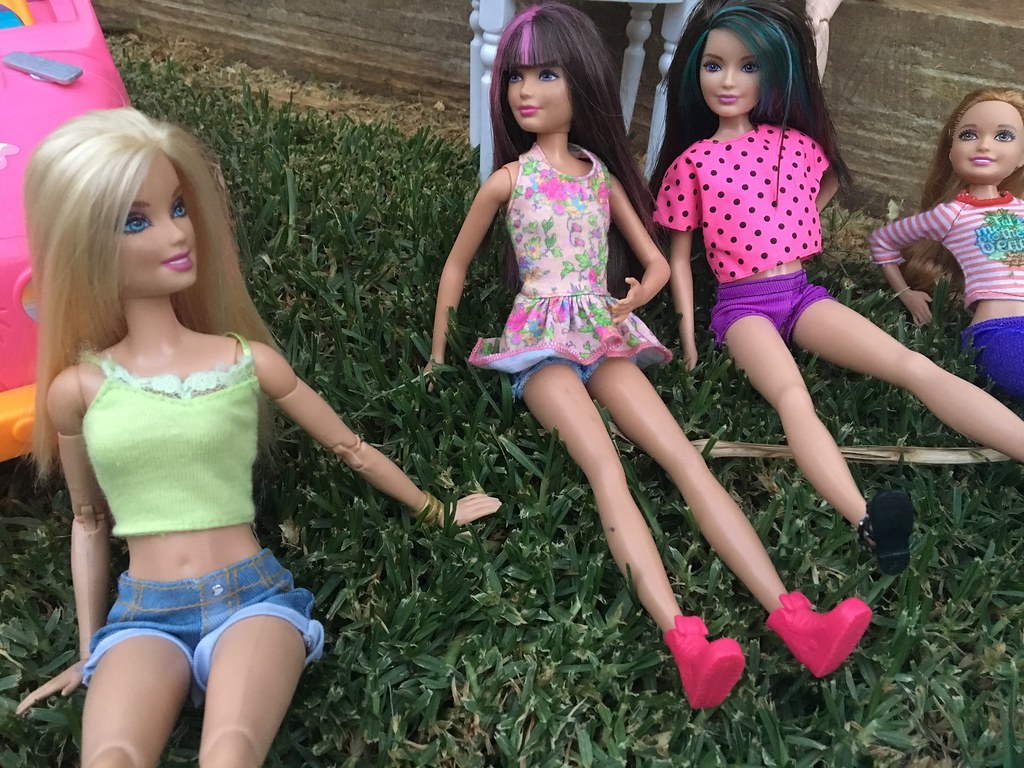 “So, are you going to miss us while you’re away at boarding school?” Barbie asks. 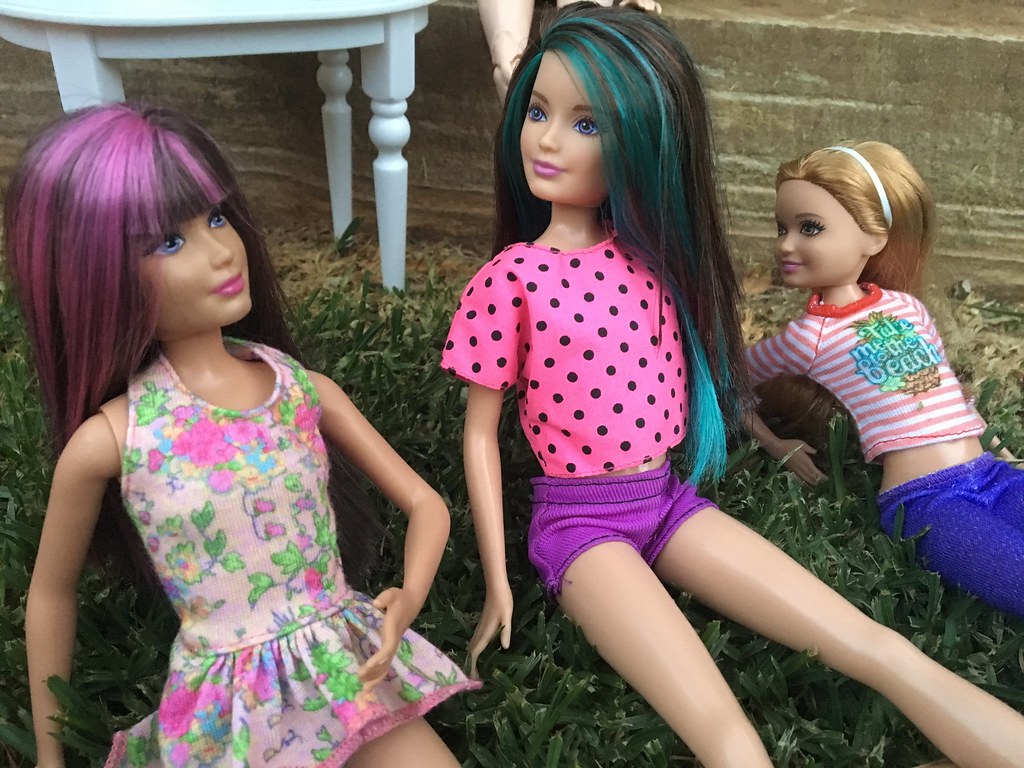 Skipper sniffs. “Definitely! You guys are the best!”

Here’s a quick shot I took of Taylah while I was photographing the story. 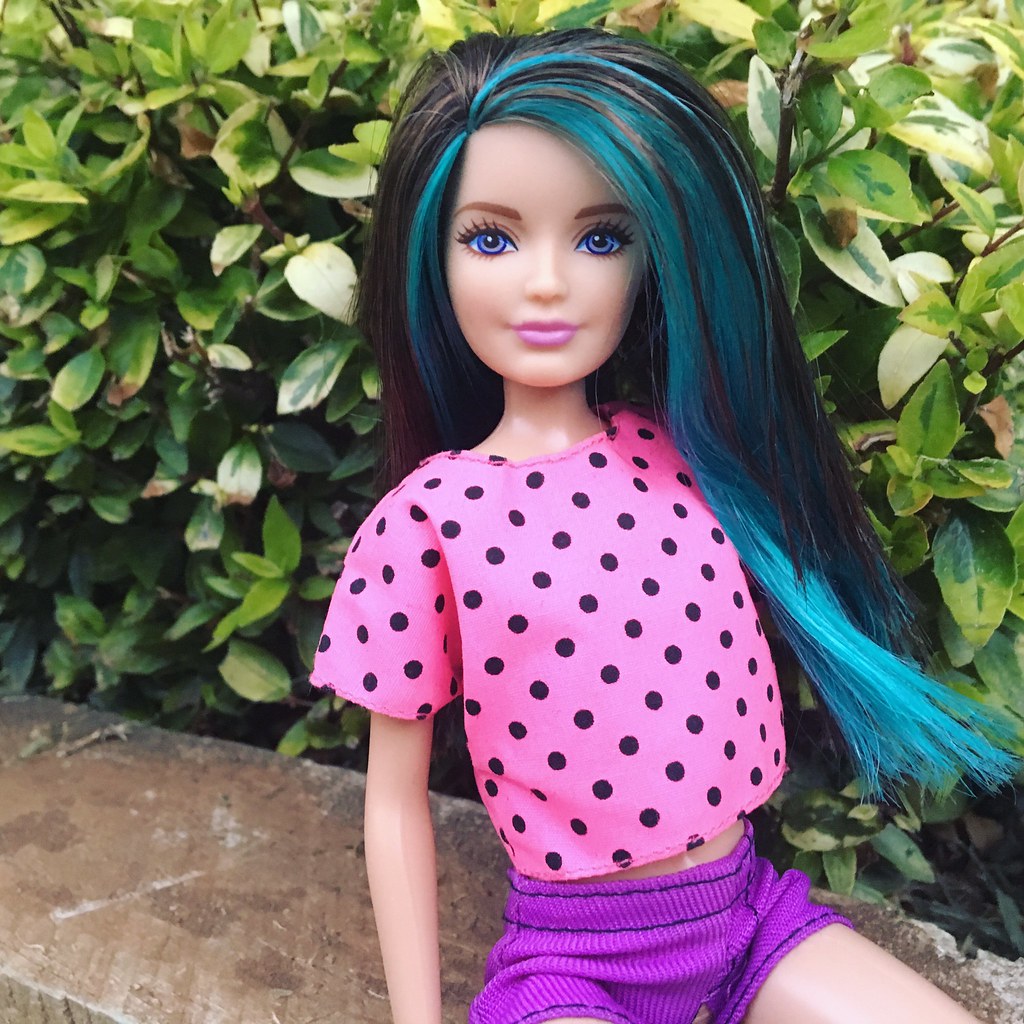 Cute, huh? I think I might make a comparison post, new Skipper vs old. And FWI, I won’t be selling old Skipper anytime soon, I just wanted to get her out of the photostories! Too many characters, y’know? I’d rather have a smaller cast of dolls with really detailed personalities, instead of a huge cast with textbook, boring personalities.

I find default, Mattel-made characters (like Barbie, Teresa, Ken, etc) particularly difficult because I don’t want to go too far from the original. It’s easier when I make them up myself!