The last time we saw Barbie, you were probably thinking ‘wow! what a crazy, controlling maniac!’ And heck, you’d be right. Remember this? 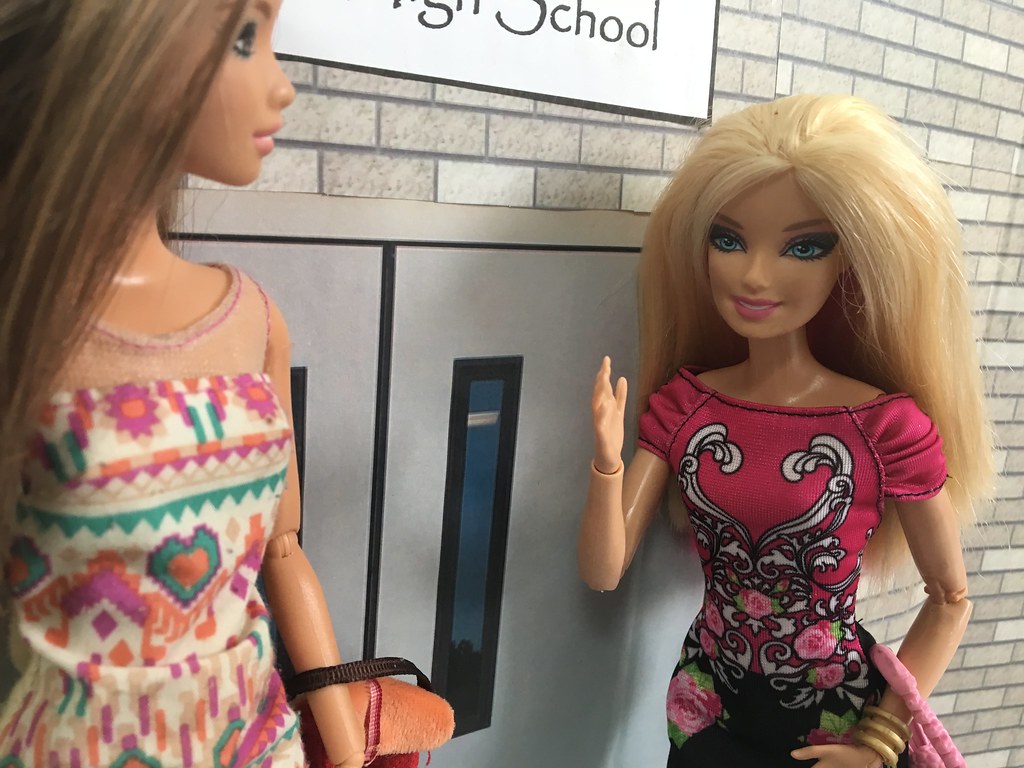 “Look, you’re new to the group, so you might not realise this, but our reputation is important. If you’re seen talking to the wrong person, your reputation can go down the toilet in an instant.”

It might seem like Barbie was being harsh, but it seems like she has some problems of her own… Let’s see what is happening after school. 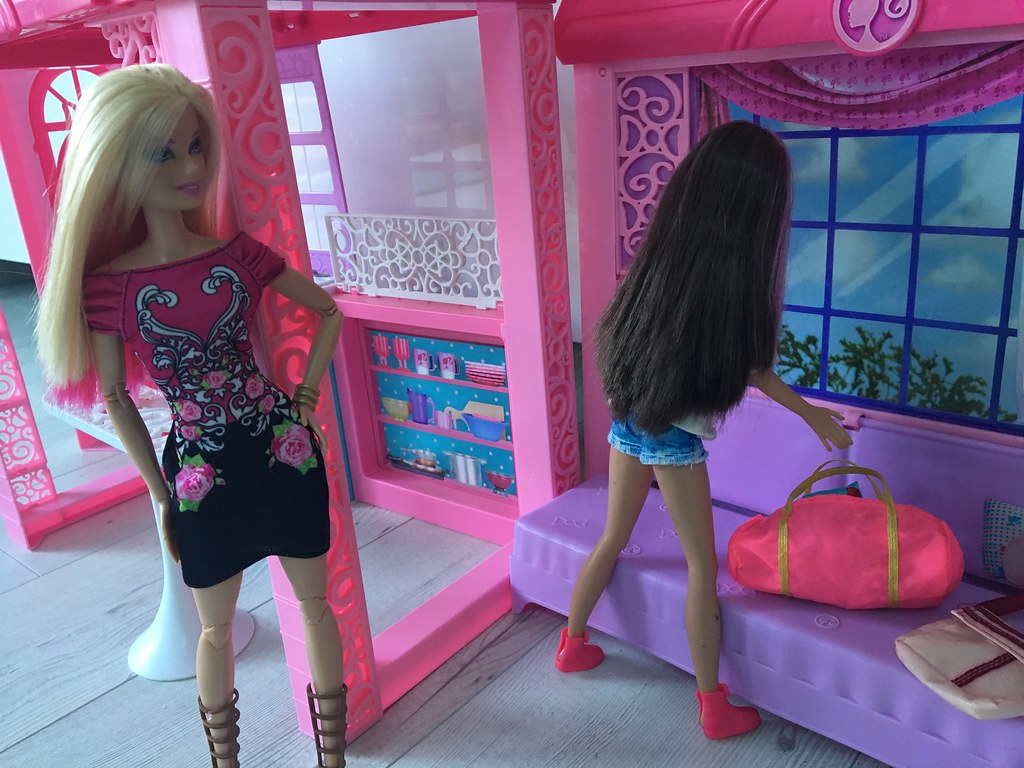 When Barbie get home from school that day, she is shocked to see Skipper packing two big bags. “Skipper! You’re not serious about leaving, are you?” 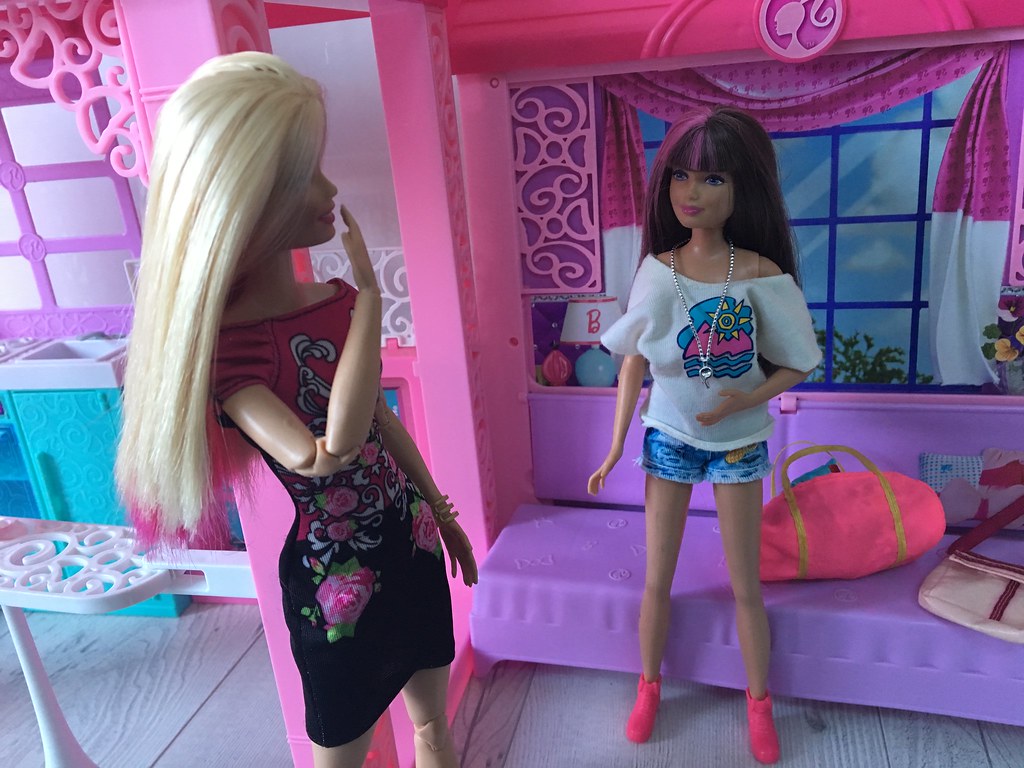 Skipper turns around. “Yeah, Barbie. I am. I hate living with you! You always hog the spotlight!”

“But… boarding school? Is that really the answer? Maybe you can find a cute place downtown, or-”

“No, Barbie.” Skipper rolls her eyes. “I’m leaving Aquifolia. And there’s nothing you can do to stop me!” 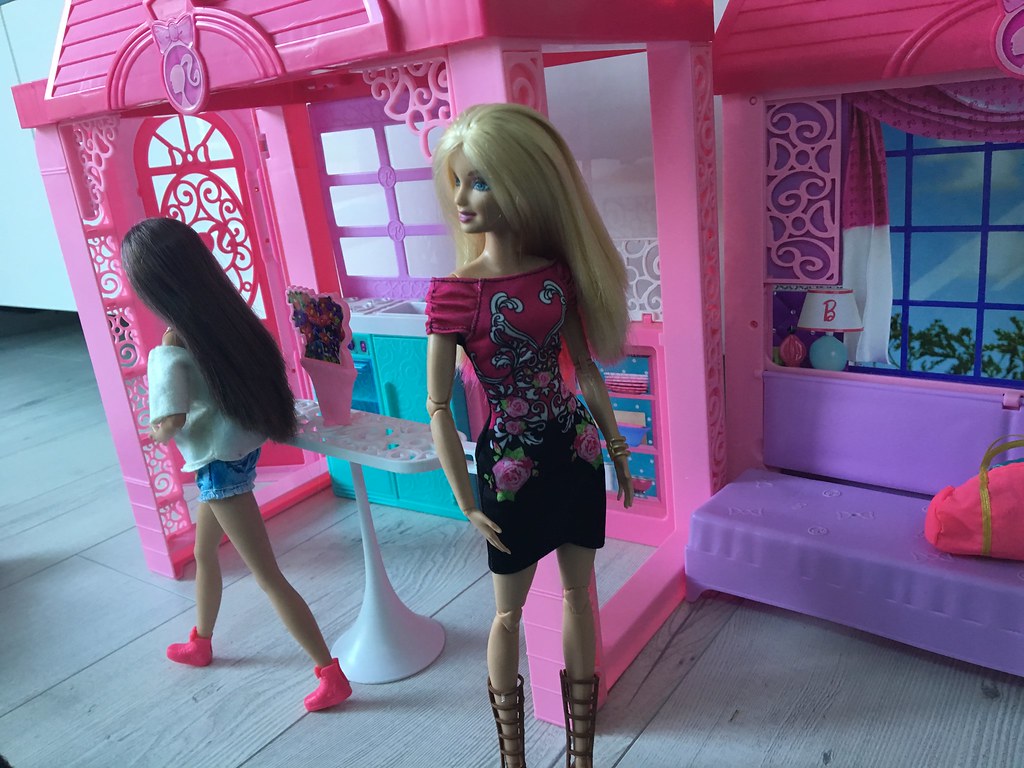 “I’m going out!” she yells, throwing down her bags and storming out. 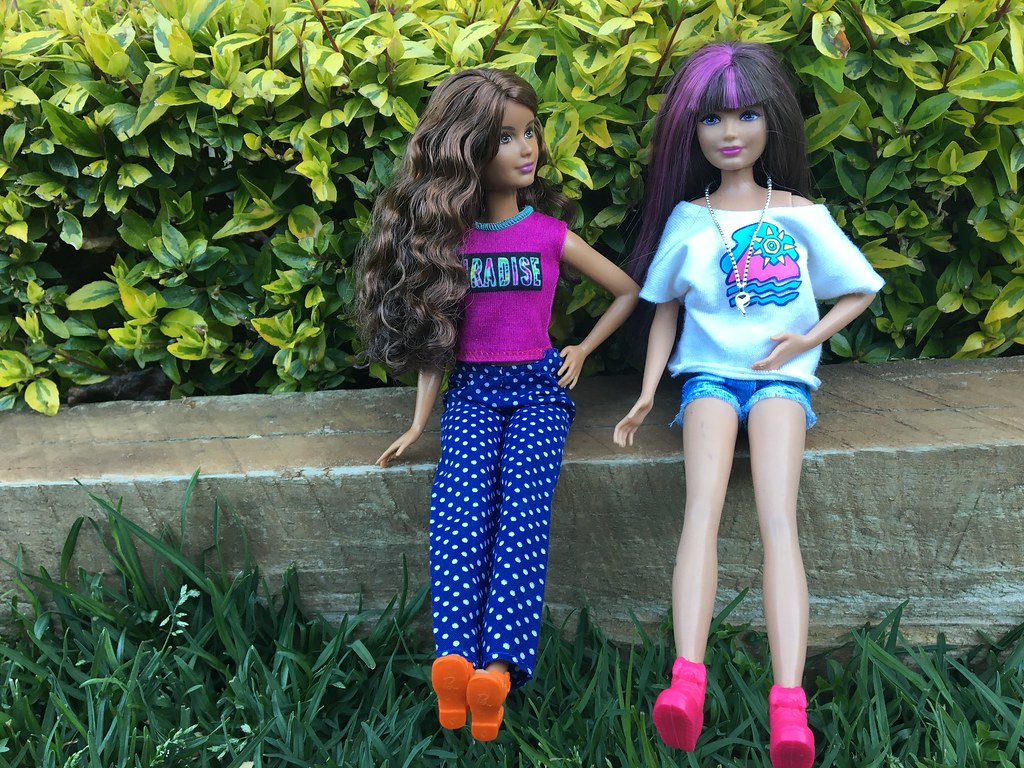 “I can’t believe you’re really leaving Aquifolia.” Chris is heartbroken her best friend will be leaving her. 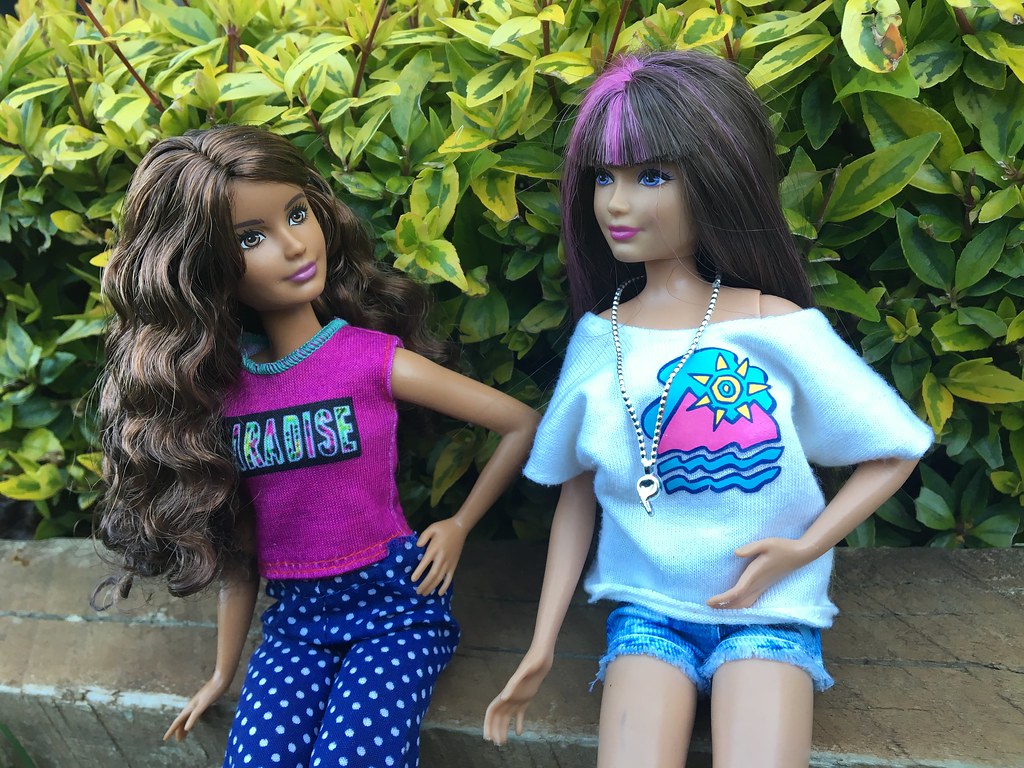 “Are you sure you really have to go? I’m going to miss you so much!” 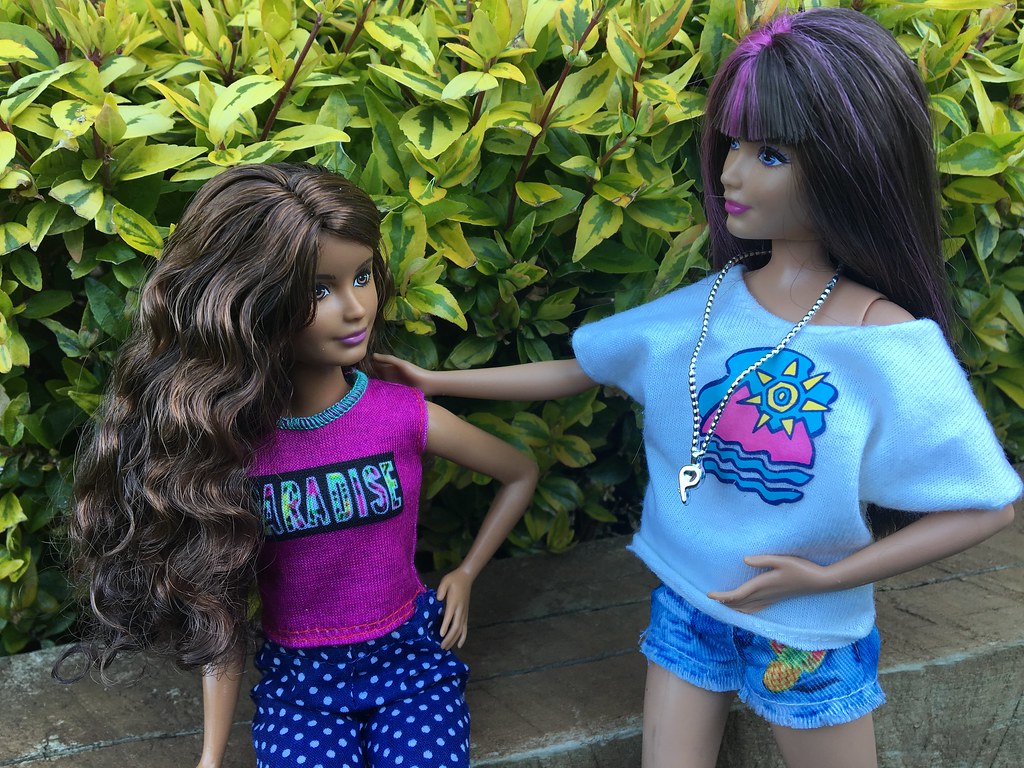 “I’m sorry, Chris.” Skipper says. She thought hanging out with her friend would make her feel better, but it really hasn’t. “I just have to leave! Barbie’s driving me mad, I can’t live with her any longer!” 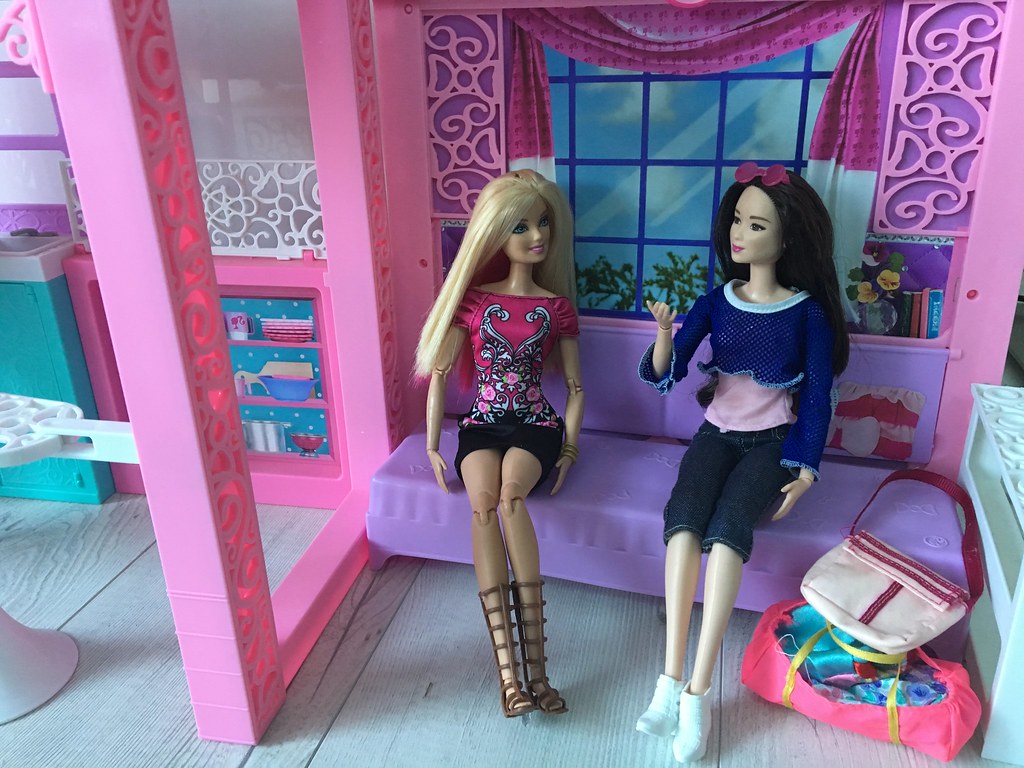 While Skipper is out, Barbie invites Neko over for a chat.

“So, what, Skipper’s just leaving?” Neko is just as shocked as Barbie was. “Out of the blue?”

Barbie nods. “Yeah. She says she’s going to boarding school, but I’m not sure where.” 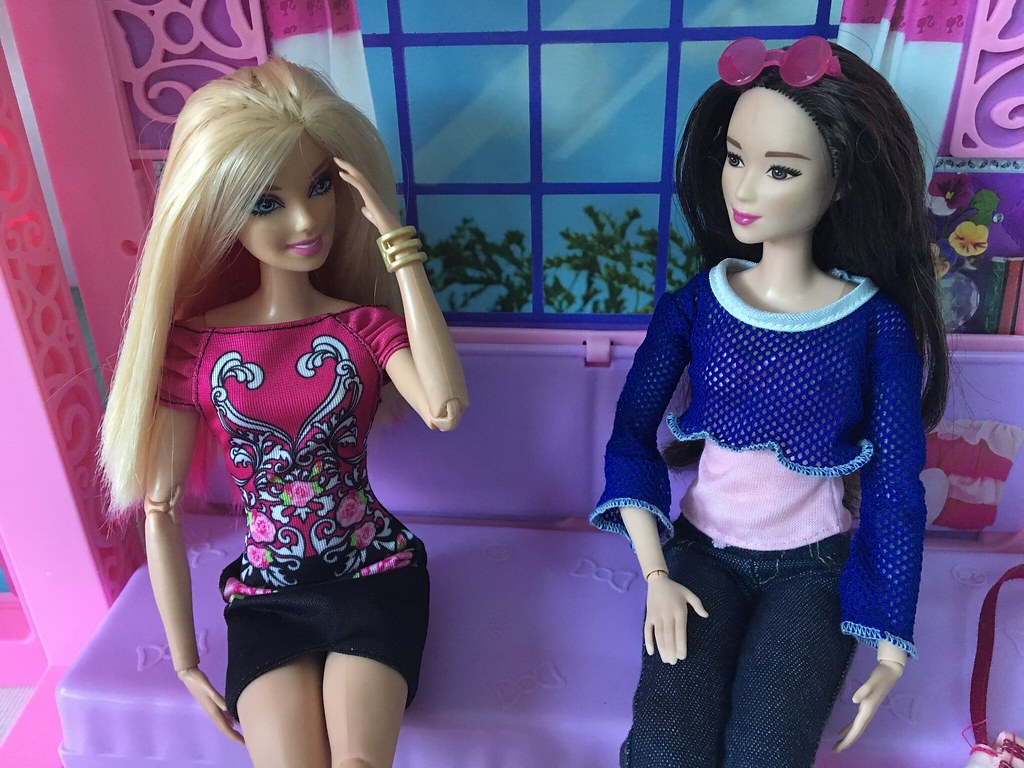 “Not to mention,” Barbie continues. “Emily is giving me a total headache. She keeps talking to that Aira girl! I told her not to, and she just wouldn’t listen! My reputation is at stake here!” 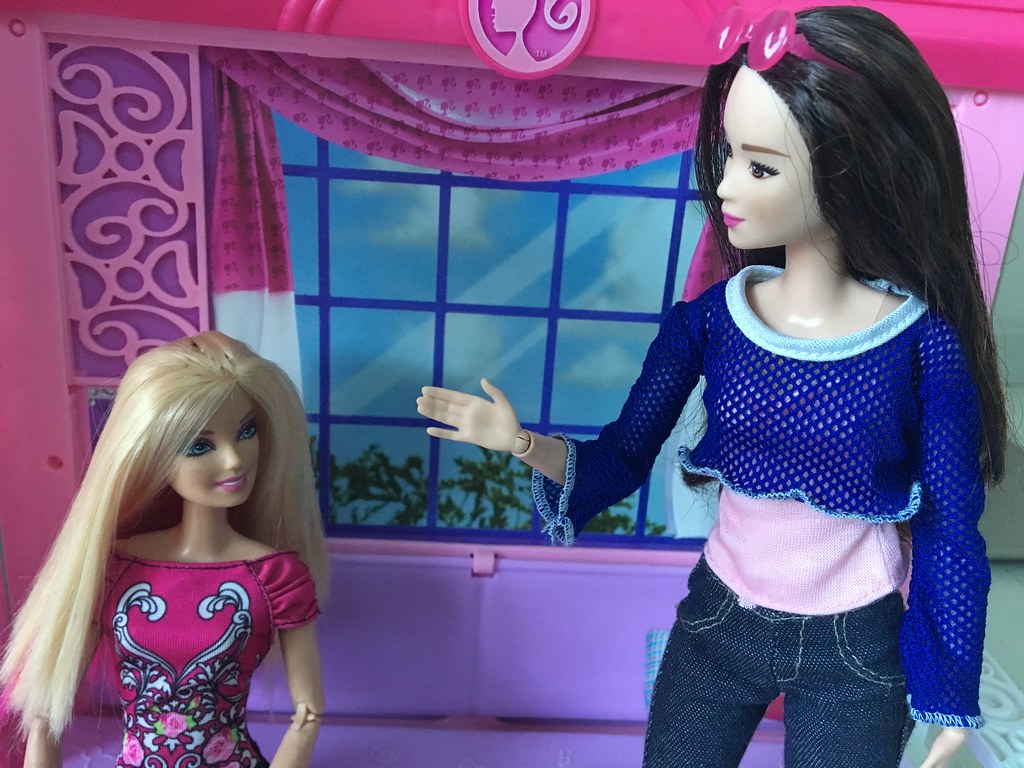 “Wait… You actually told her that?” Neko is surprised. “I mean, I know she’s a bit …odd, but that’s taking it a step too far.” 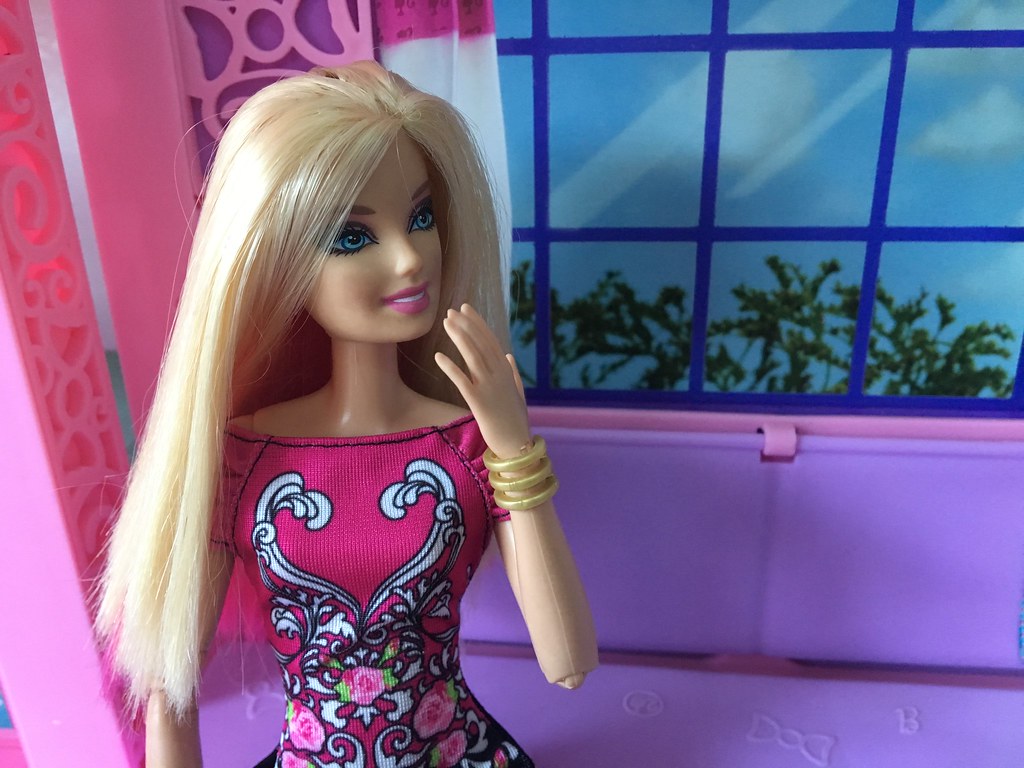 “But I thought we agreed we didn’t like her…” 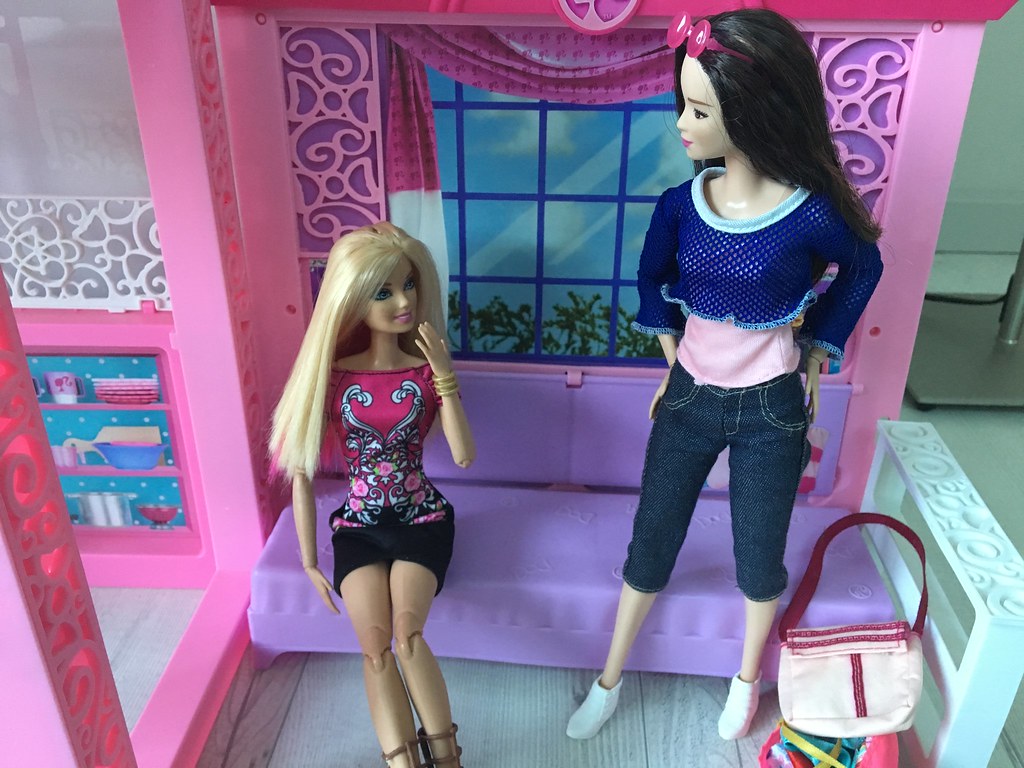 “Barbie, c’mon! You’ve got to apologise to Emily tomorrow, alright? Let her hang out with whoever she wants to hang out with -your reputation will be fine!” 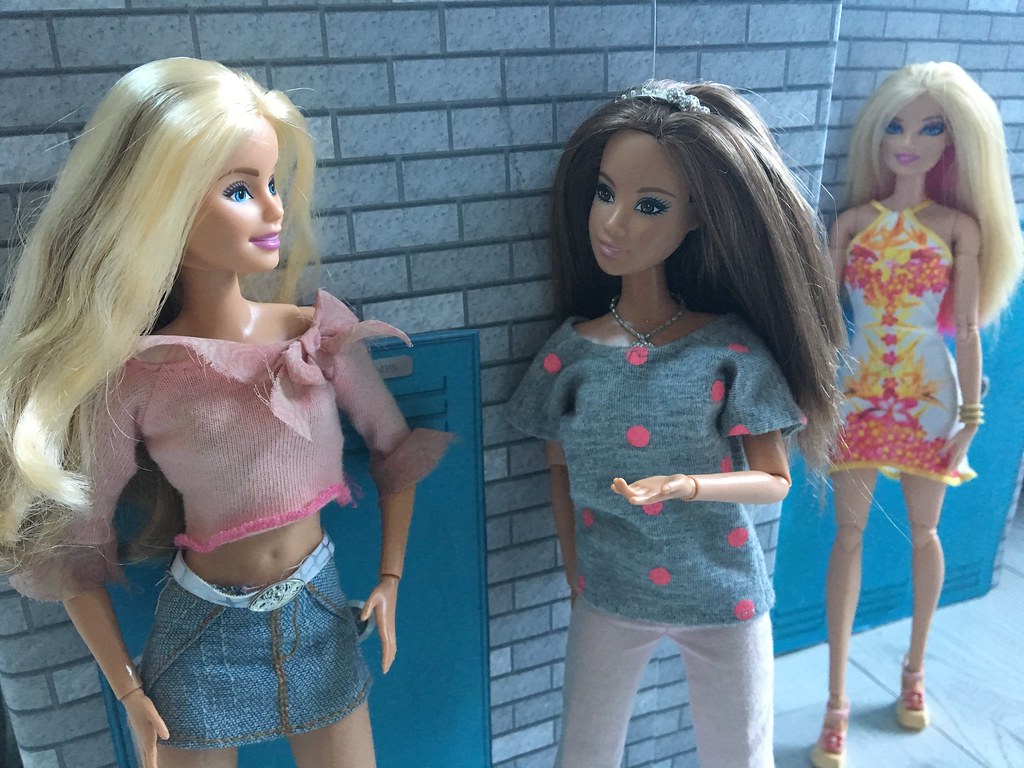 The next day arrives sooner than Barbie thought, and she quickly spots Emily in the hallway, chatting to Aria. 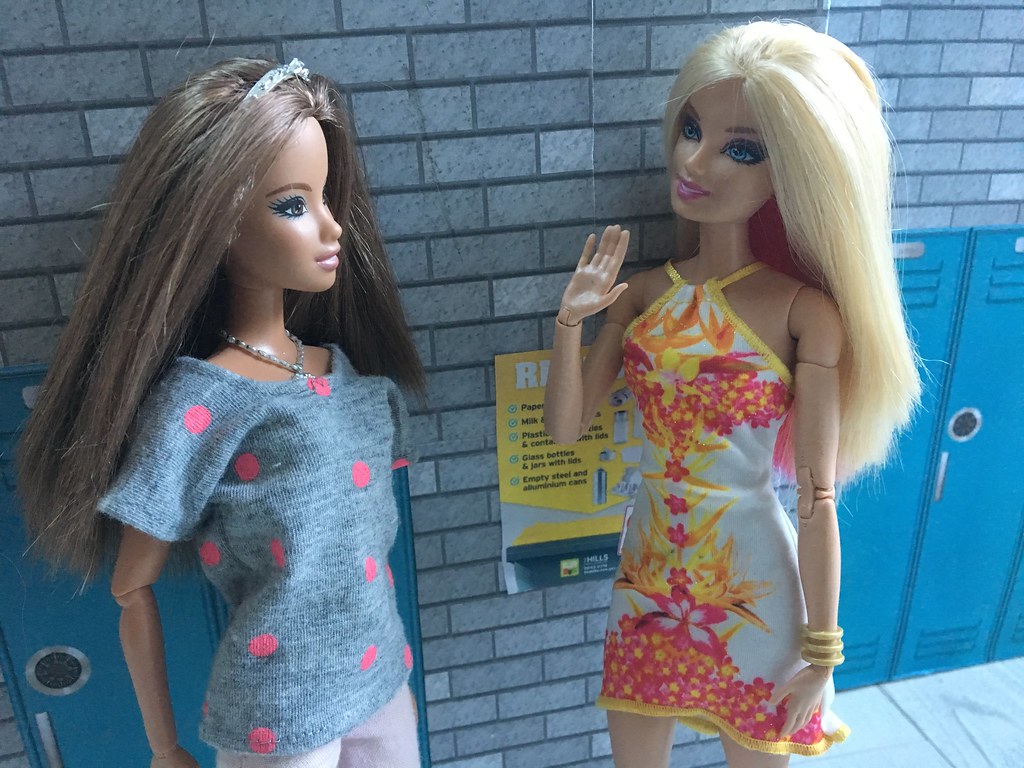 Barbie waits until Aira leaves to speak with Emily.

“Hi, Emily!” Barbie says, putting on her best smile. “How are you? 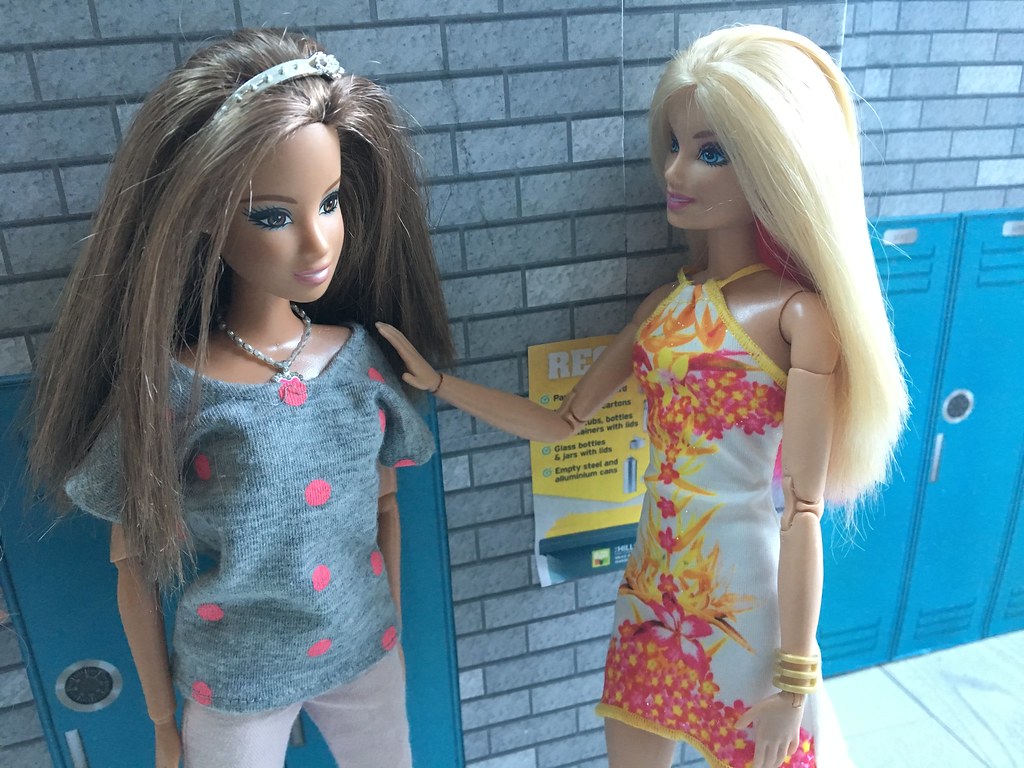 “Listen, I’m sorry what I said yesterday afternoon… About Aria.” Barbie puts her hand on Emily’s shoulder. “You can hang out with her, if you want. I was being silly.” 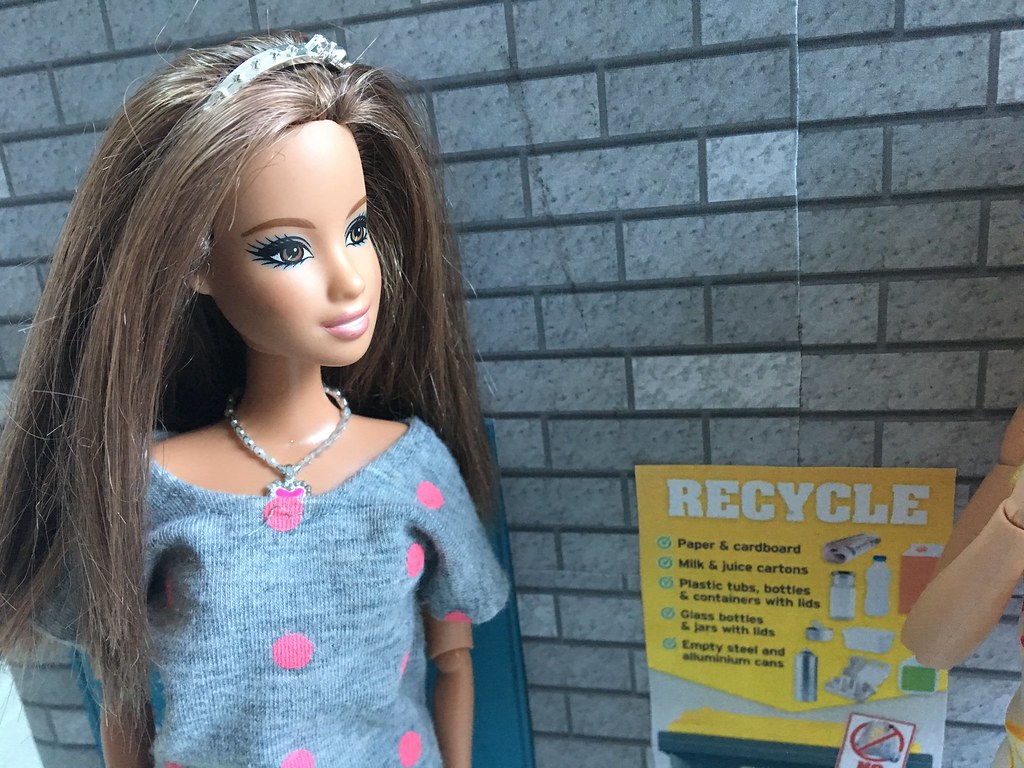 “Thanks, Barbie,” Emily says, giving her a strange look. “I think I’ll be hanging out with Aria from now on, anyway.” 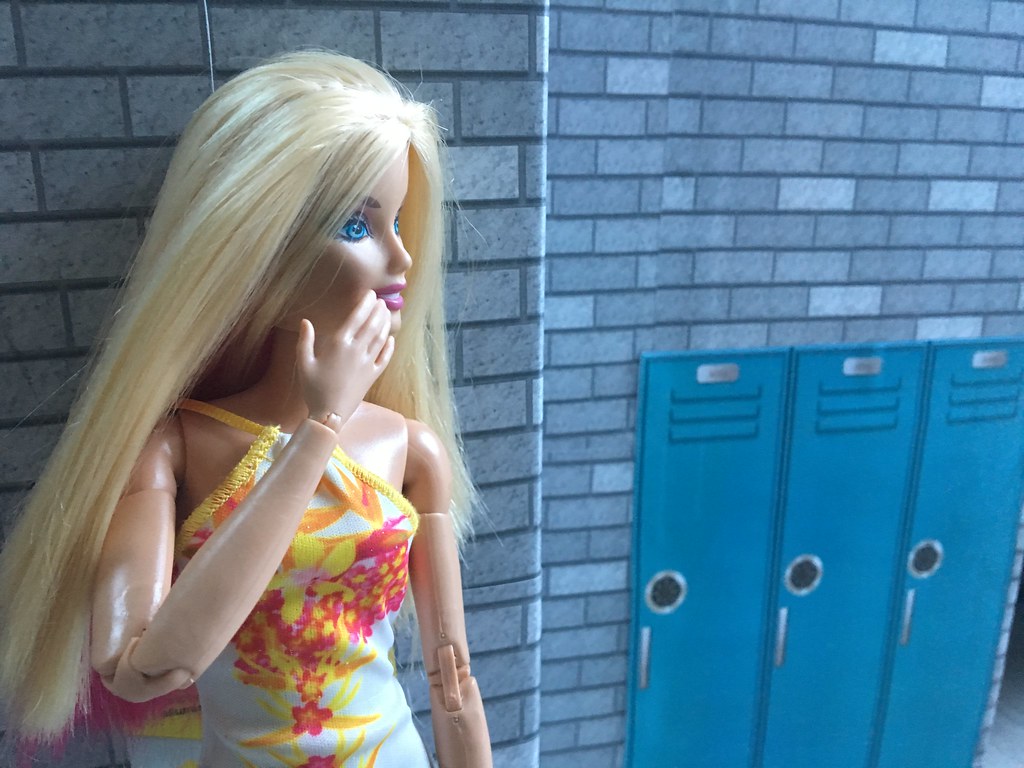 Barbie isn’t quite sure what to think about that. Does this mean Emily doesn’t want to be friends with them anymore?

One thought on “Skipper Skips Town Part I”