In the months before Barbie: A Fairy Secret‘s release, I was ridiculously excited. I remember watching the trailer and music video over and over and over. My desktop background was a collage of scenes from the film. I listened to the song until I knew every word.

But when the movie finally came out, I was sorely disappointed.

But let’s back up here. In Barbie: A Fairy Secret, Crystal decides she’s had enough of watching her friend Princess Graciela dating her crush, Zane. So, what does Crystal do? Well, like anyone else would, she puts a spell on Graciela so she’ll fall in love with the next man she sees.

And that man just happened to be our very own Ken Carson.

So, Ken is flown off to MagicPinkBarbieFairyland (sorry, I meant Gloss Angeles),  and Barbie, Raquelle and Barbie’s stylists, Carrie and Taylor, are tasked with returning him to the human world. Who are Carrie and Taylor? Good question! They only appear in this film, because at the end of the film, they move back to their hometown.

Anyway, the whole movie is basically about Barbie and Raquelle working together to save Ken. It’s very… Quest-y. Well, frankly, it’s lazy. Why do the girls jet-set off to Paris? No, not because Liliana Roxelle lives there, and because she’s the only one with an unrestricted portal, because in the film before (Barbie: A Fashion Fairytale), Barbie jets off to Paris, so the city is all nice and pre-animated for them.

Overall, the fairy world isn’t aesthetically pleasing. Barbie and the Magic of Pegasus does a much, much better job of creating a ‘nice’ looking world! And that came out in 2005!

If you look carefully, you’ll also find pets from Barbie: A Fashion Fairytale (Lulu and Julianna), the same dress re-coloured over and over again… Liliana Roxelle is wearing the same outfit she was wearing in the last film, Raquelle has the same outfit (just recoloured), and the man who works at Wings n Things is a clone of the guard in Barbie Fairytopia: Mariposa and Her Butterfly Fairy Friends.*

*I forget their names. Oops. #sorrynotsorry 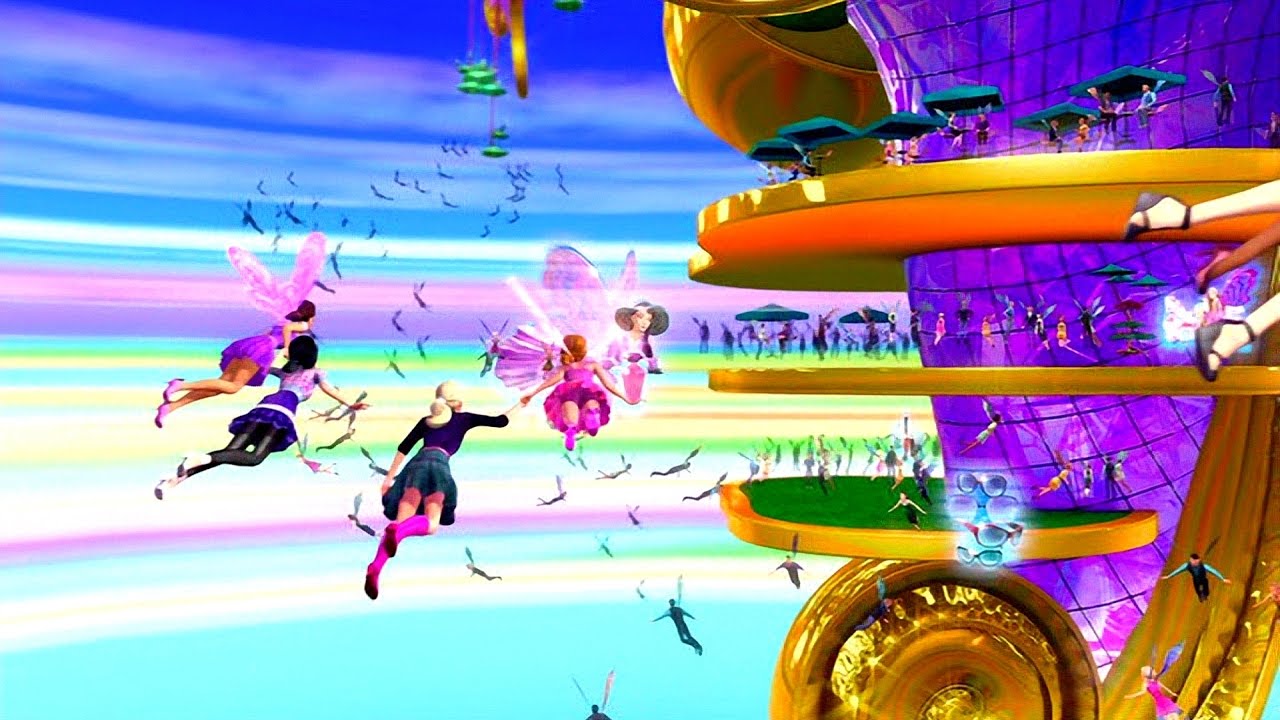 Cloning isn’t a new thing. I get it. Lots of films and television shows use cloning. Life in the Dreamhouse used cloning so much it was iconically fabulous. But overall, the animation is poor. The city isn’t nice at all. I mean, look at the background. It’s just a solid blue colour with some rainbow stripes through it!

But let’s talk about the plot now. It’s a bit odd, almost like a child made it up. Carrie and Taylor used to be friends with Graciella, but once Graciella became preoccupied with her royal duties, Taylor and Carrie started hanging out together, and stopped inviting Graciella. Graciella got mad and banished them from her kingdom.

And the ending is as creative as ‘and then I woke up’ in a story. I mean, they literally wake up and forget everything. I know, I know, Barbie couldn’t have remembered her time in the fairy world, because then it’ll have to be canon that ‘Barbie is a fairy’ but really, I think the whole movie was a bit unnecessary -especially since Barbie and Raquelle don’t stay friends for very long afterwards. 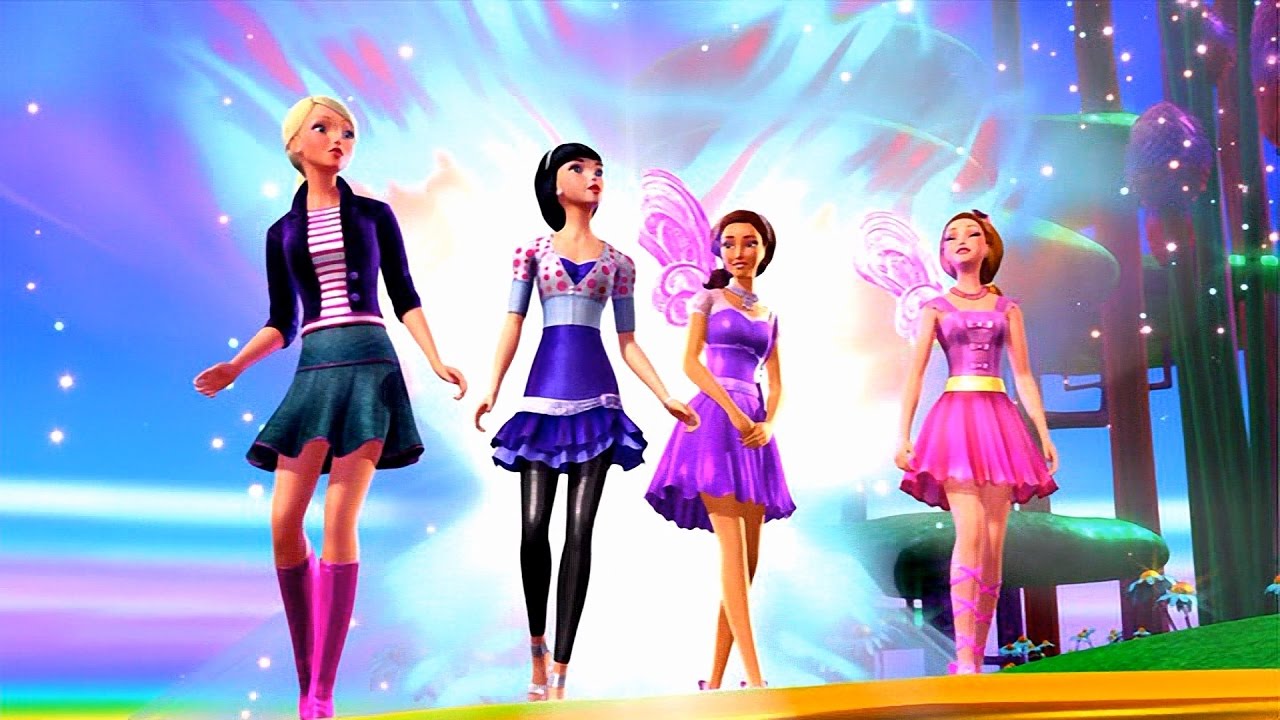 If I was to summarise this film, I’d say it “tried too hard.” Tried too hard to fix a holey plot with sparkly shoes, flying coffee cups and upbeat music. Tried too hard to be relevant (for example, when Carrie can’t get a signal, she says “ugh! too many apps!” This makes perfect sense nowadays, but in 2010, smartphones and apps in general were still pretty new).

It’s corny. I don’t know why. Maybe they were aiming for a lower target audience, considering the whole ‘fairy’ topic?

“My purse comes with flying power, AND a matching belt!”

See what I mean? The whole concept of ‘shoe fairies’ and ‘purse fairies’ just seems so ridiculously unnecessary. Why couldn’t they just be regular ol’ fairies? And while I’m on the subject, I didn’t notice any distinction between Taylor and Carrie’s personalities, which is a real shame.

Thankfully, the film has at least one positive element. The first is Raquelle’s little speech in the dungeons, where she explains how, when she first came to Barbie’s school, she wanted to be friends with Barbie, but Barbie never invited her to sit with her at lunch. This made Raquelle upset, because she was too shy to talk to her herself.

Then, Raquelle became angry. And jealous. And mean. She started being rude to Barbie, and thus they became frenemies.

Raquelle: I didn’t think you even noticed I was there. (in riding camp)

Barbie: You put shaving cream in my riding helmet.

Raquelle: Oh yeah. Well, other than that.

I like this speech because Raquelle talks about how insecure she is, which is also mentioned in Life in the Dreamhouse. It’s really heartfelt, and not something that is often discussed in Barbie films. Often, kids see mean = villain, but Barbie: A Fairy Secret shows that just because you’re mean, that doesn’t mean you’re a bad person, and they’re might be a legitimate reason behind their mean behaviour. 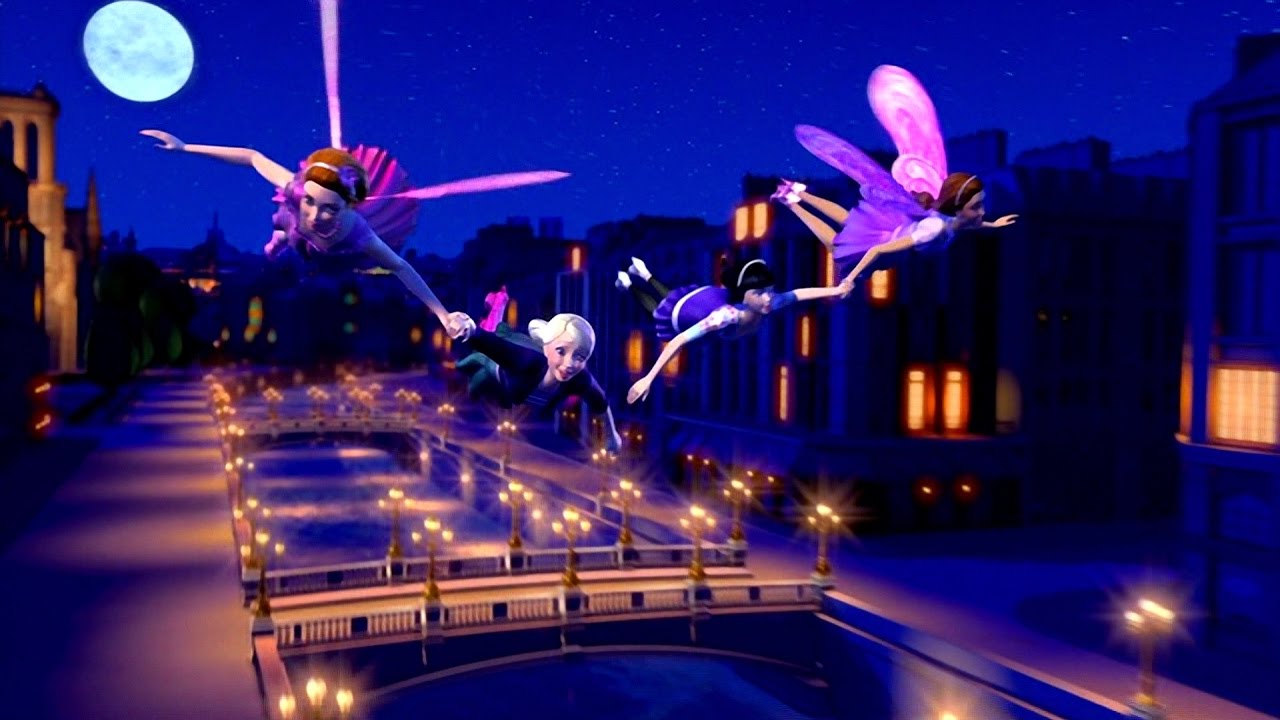 I feel as though I should mention the theme song ‘Can You Keep a Secret’ by Kristina Allison. It’s a pretty good song, but the opening verse really stuck out at me:

Pretty nice, huh? These lyrics really connect with the audience, and relate to their struggle of wanting to stand out sometimes. And it’s true, right? Sometimes I like to wear crazy outfits, just to have people stare.

Look. I’m not going to sit here and write ‘this movie sucks, you shouldn’t buy it,’ but I am going to say that it’s not one of my personal favourites.

1. ) Animation is very poor (I don’t mean, like, the movements, but the actual “set design” is poor. Like, the backgrounds and the grass etc.)

2.) Plot is all-over-the-place, and conflict is resolved between the characters very quickly

3.) The characters styling and outfits are nice (Crystal is my favourite)

6.) No distinction between Taylor and Carrie (as far as I could tell, in terms of personality)

7.) Raquelle’s backstory is quite interesting

Before I go, I want to quickly mention the app that released at the same time as the film. I don’t think it’s available anymore, but basically you use your phone’s camera to “find” fairies and “collect” them. It was fun for about five minutes (for me), but I’m sure a six-year-old would have loved it.

One thought on “Barbie: A Fairy Secret Movie Review”