Oh my goodness, I feel absolutely terrible today. All headachey and exhausted! I suppose it’s probably because I’m surviving off, what, four hours sleep, and some tea, an iced coffee, and some more tea. I’ve probably done far too much walking, too.

Anyway. I bought a new doll today, for $10. There were only two Fashionistas at the store -Ken with the green plaid shirt, and Hip Hop Hoodie.

Guess which one I bought! Hip Hop Hoodie. And yes, I know I said I didn’t like him before, but I just wanted some more Ken clothes, okay?

I had this lovely idea for a photostory -Jacob (that’s what I’ve named him) being welcomed home by his family at the airport. Well, I don’t have an airport, so instead, I wrote up this …thing. 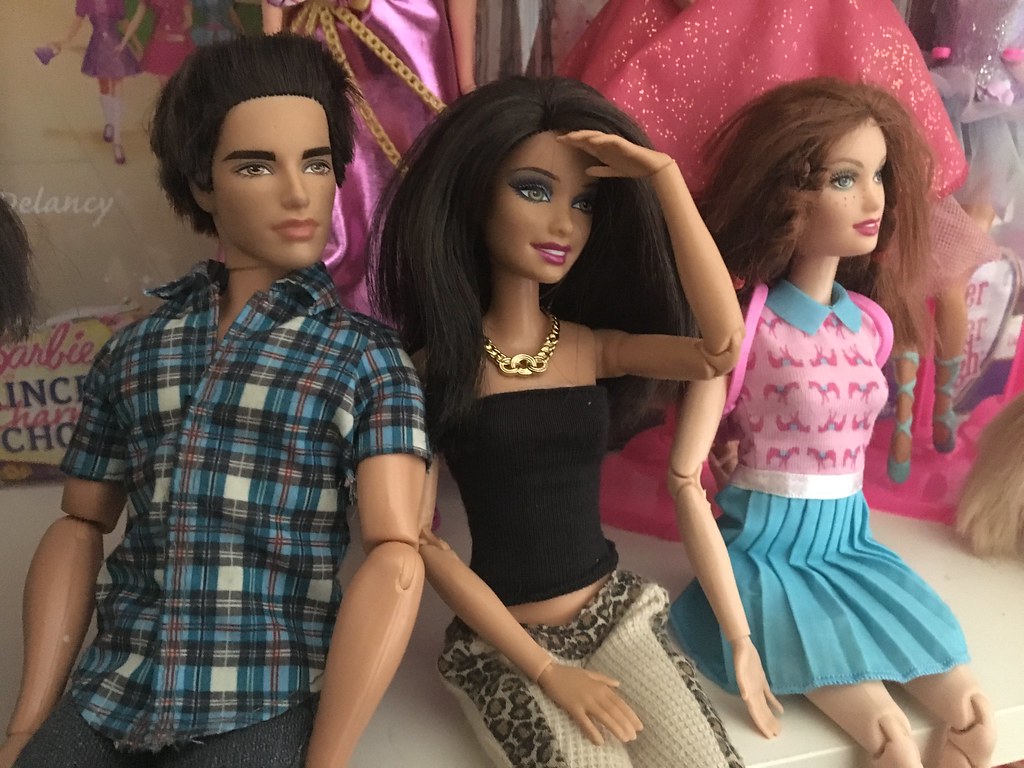 “Ryan, what the heck is that?” Imogen asks, squinting for a closer look. 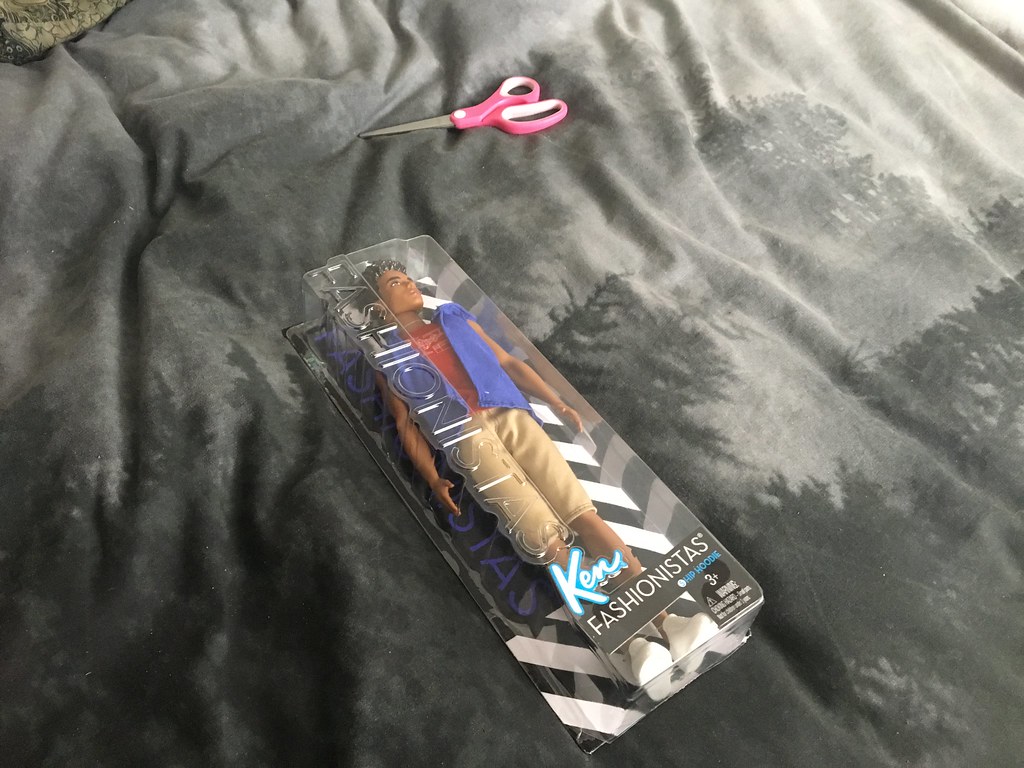 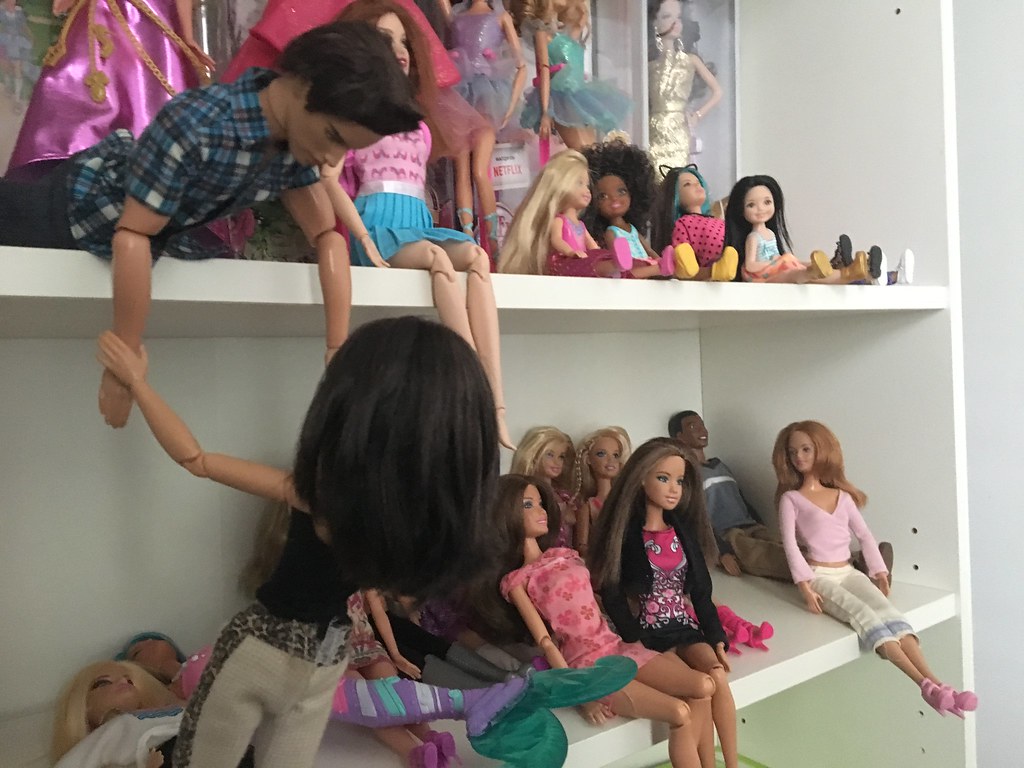 They jump down the shelf to greet the new doll. 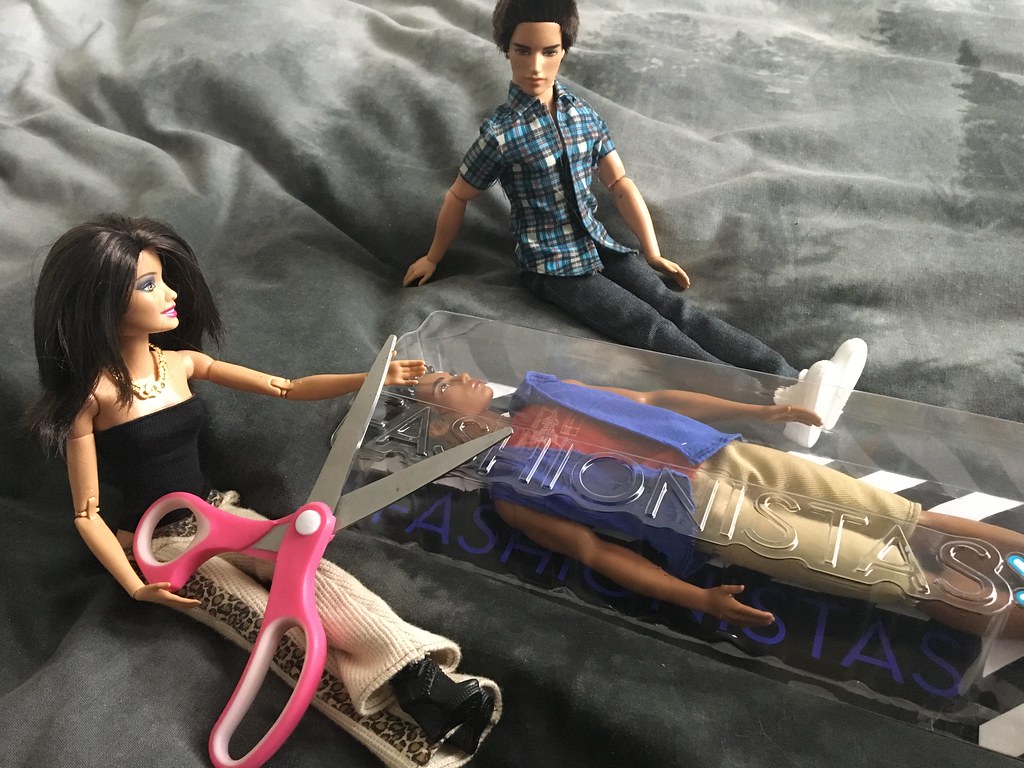 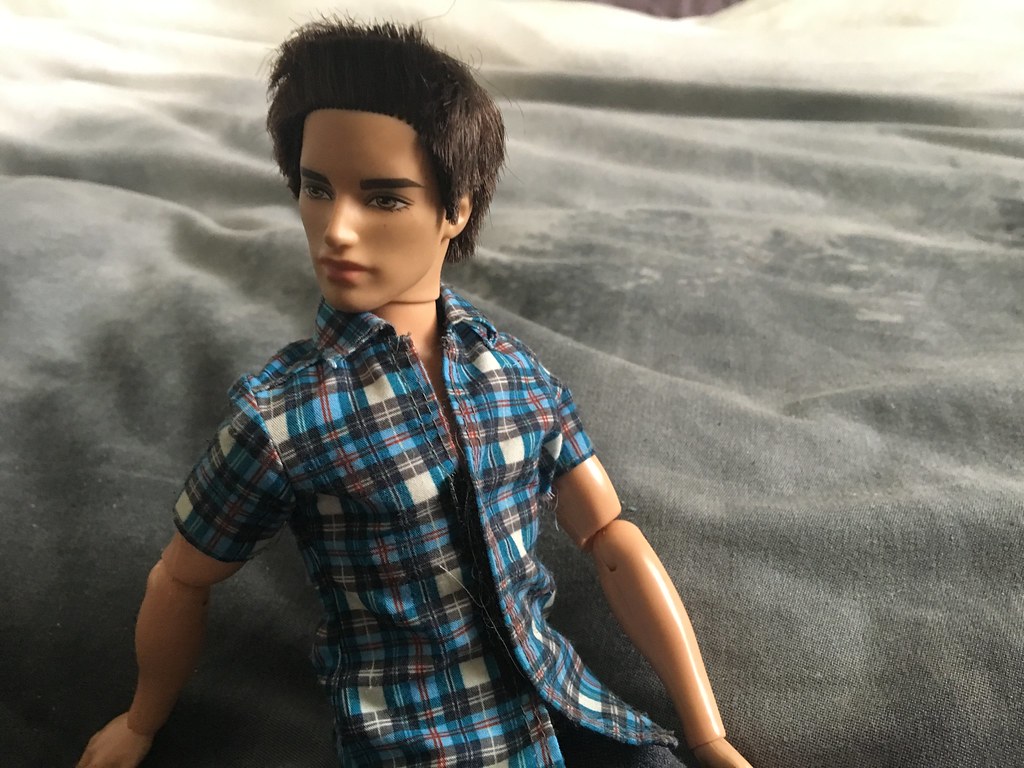 “I wonder if he’ll let me borrow his clothes…” 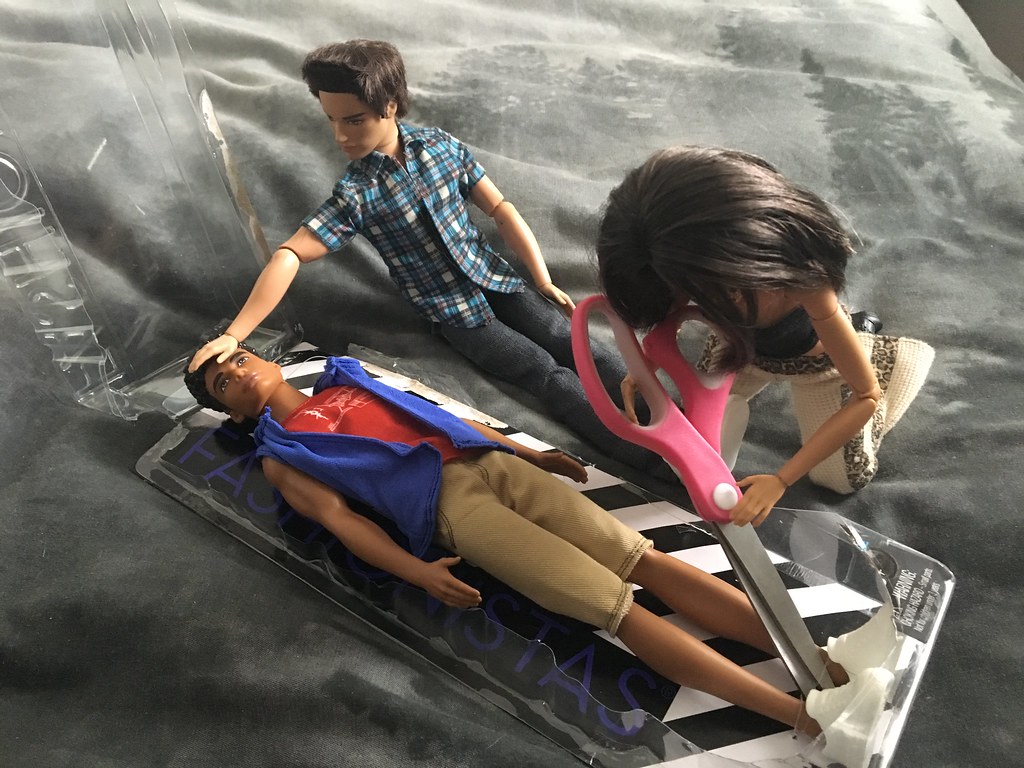 “Why isn’t he waking up?” Ryan asks, a bit confused. Dolls usually wake up once their boxes have been opened. 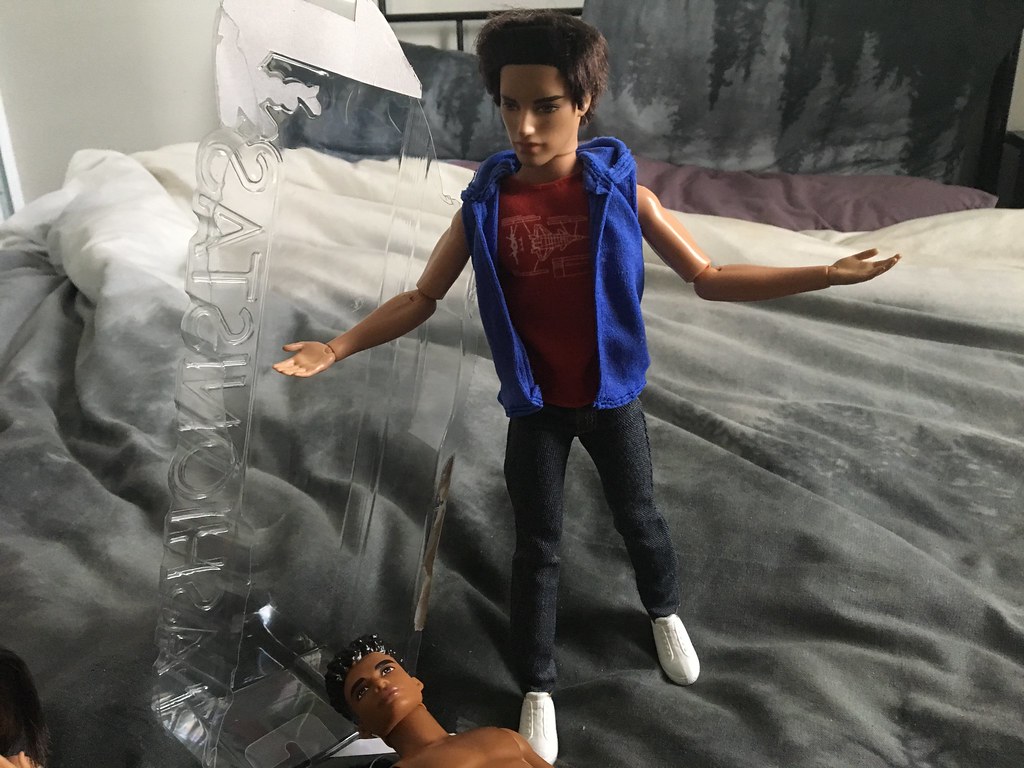 Ryan takes the opportunity to try on his new clothes.

Sidenote: This took me about ten minutes to put on, because the jacket and the shirt are actually connected. Sneaky, sneaky! I kept getting the arm holes mixed up. 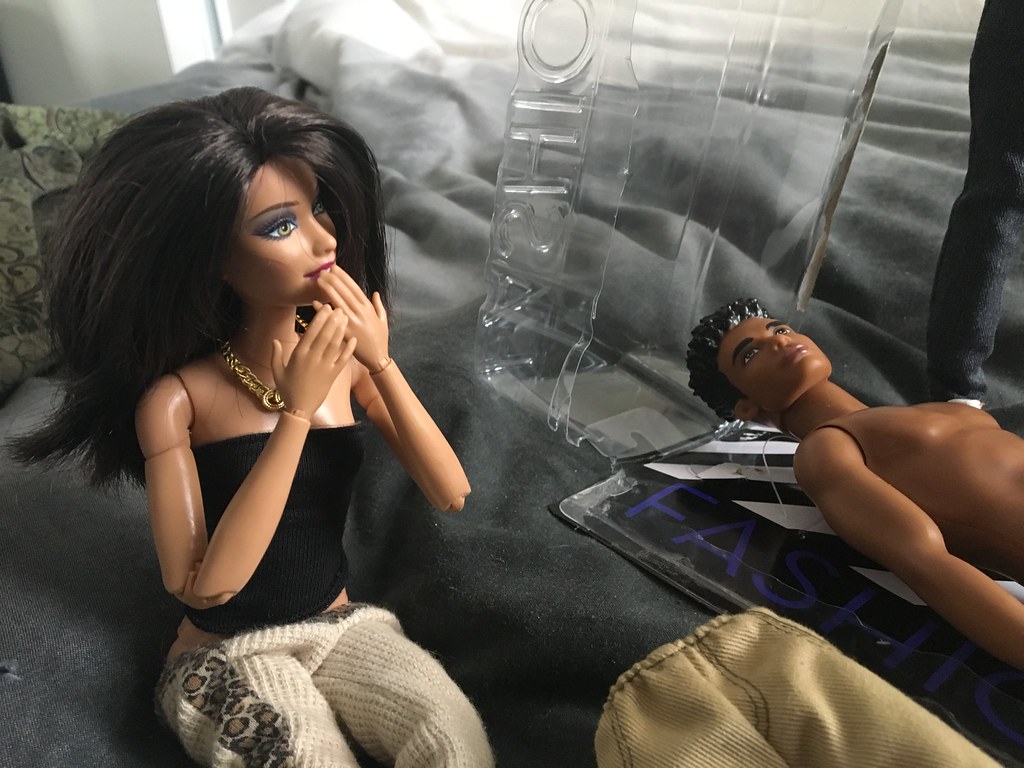 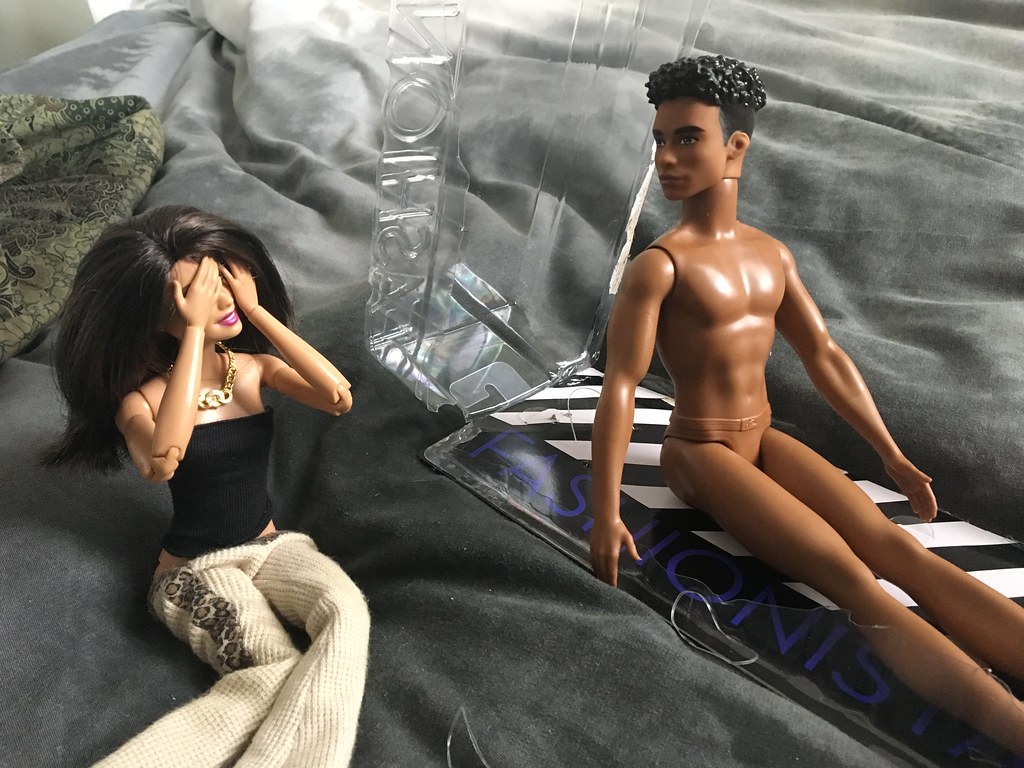 “Hey…” Jacob looks around, confused. “What’s going on? Who are you?” He looks down, surprised. “Where have my clothes gone??”

Overall, he’s not the greatest male Fashionista in the world, but he’s not the worst either. I only wanted him for his clothes, anyway, so I don’t feel ripped off.

He can’t move his head up and down, only sideways, and interestingly, he has different hands to Zapp (Dashing Denim, blue-shirt, blonde Ken).

While Zapp has two fingers separated, Jacob’s fingers are all together.