Here’s Barbie holding a note she found in Ken’s wallet. This whole thing confuses me so much, I wish we would just get some proper information! 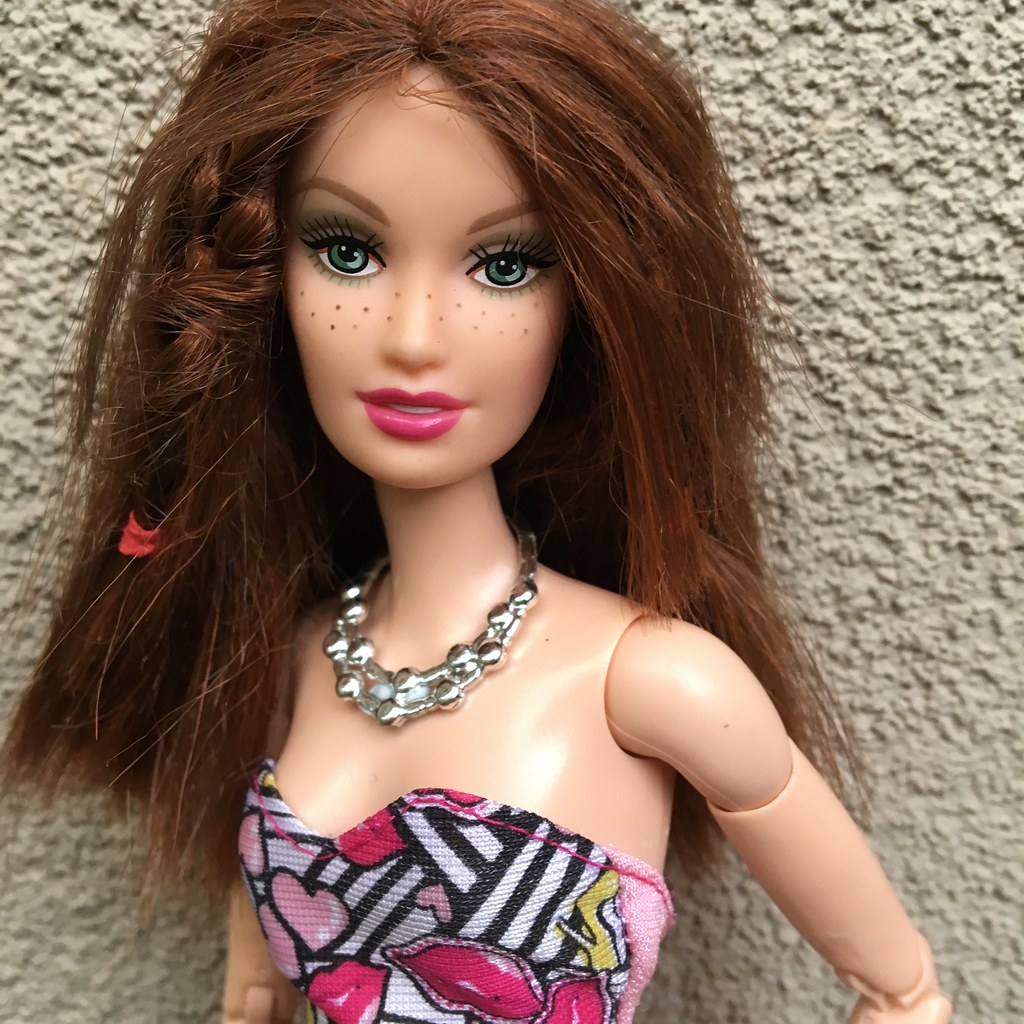 Drew will be modelling it for us today.

I cut the straps off the dress -a, because they were annoying, and b. I think the dress looks stylish without them. 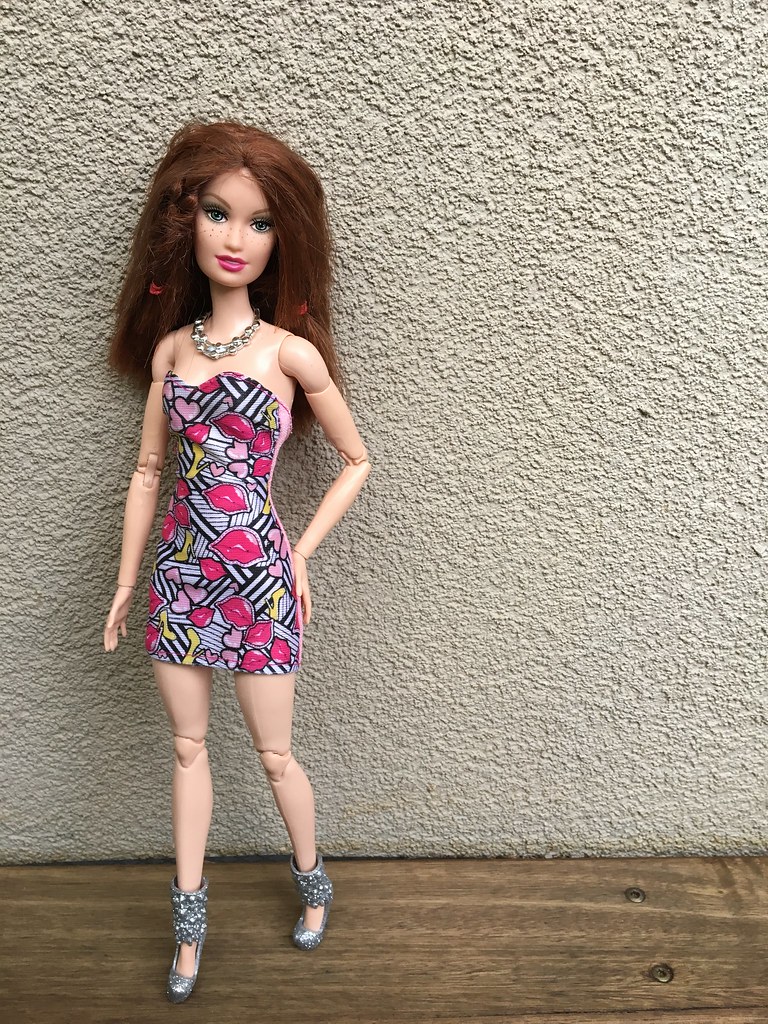 It would have been so much better if it had gone all the way around… Can you imagine if you bought a dress IRL and the pattern just suddenly stopped? 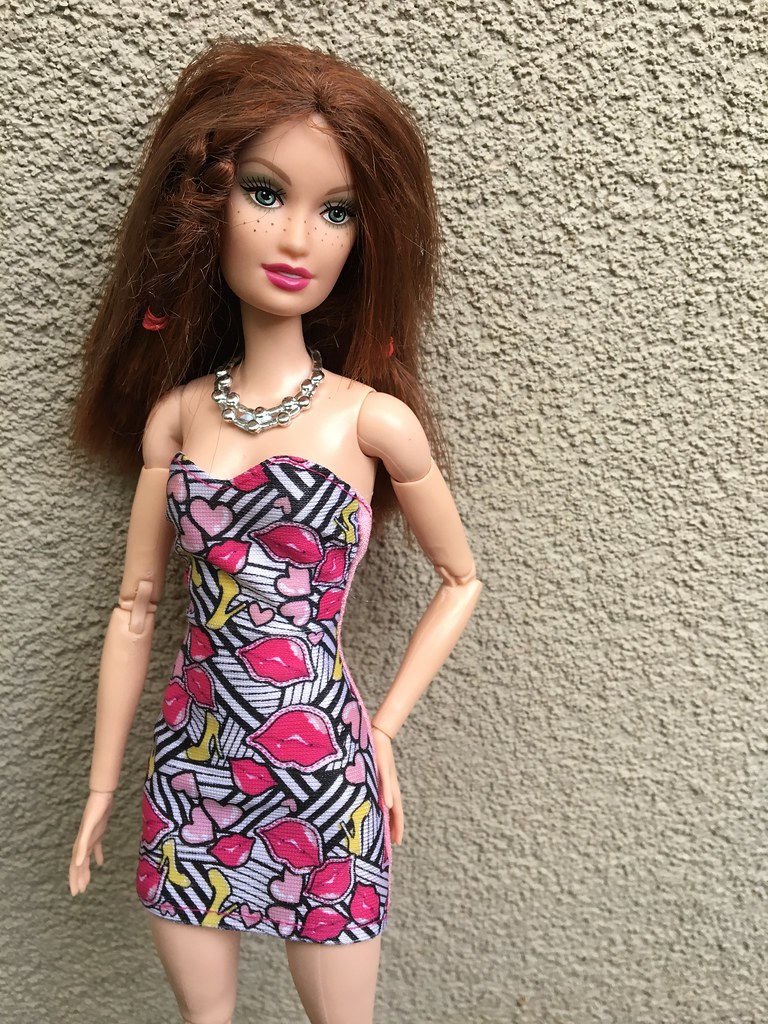 I love the dress’s ‘comic book’ style, I think it’s very fashionable (yet so fun!) and is perfect for a night out on the town. It’s quite short, shorter than other Barbie dresses, so it is definitely a ‘going out’ dress. I suppose you could pair it with a jacket, and maybe some leggings, to make it a day outfit.

Our next model will be Imogen. 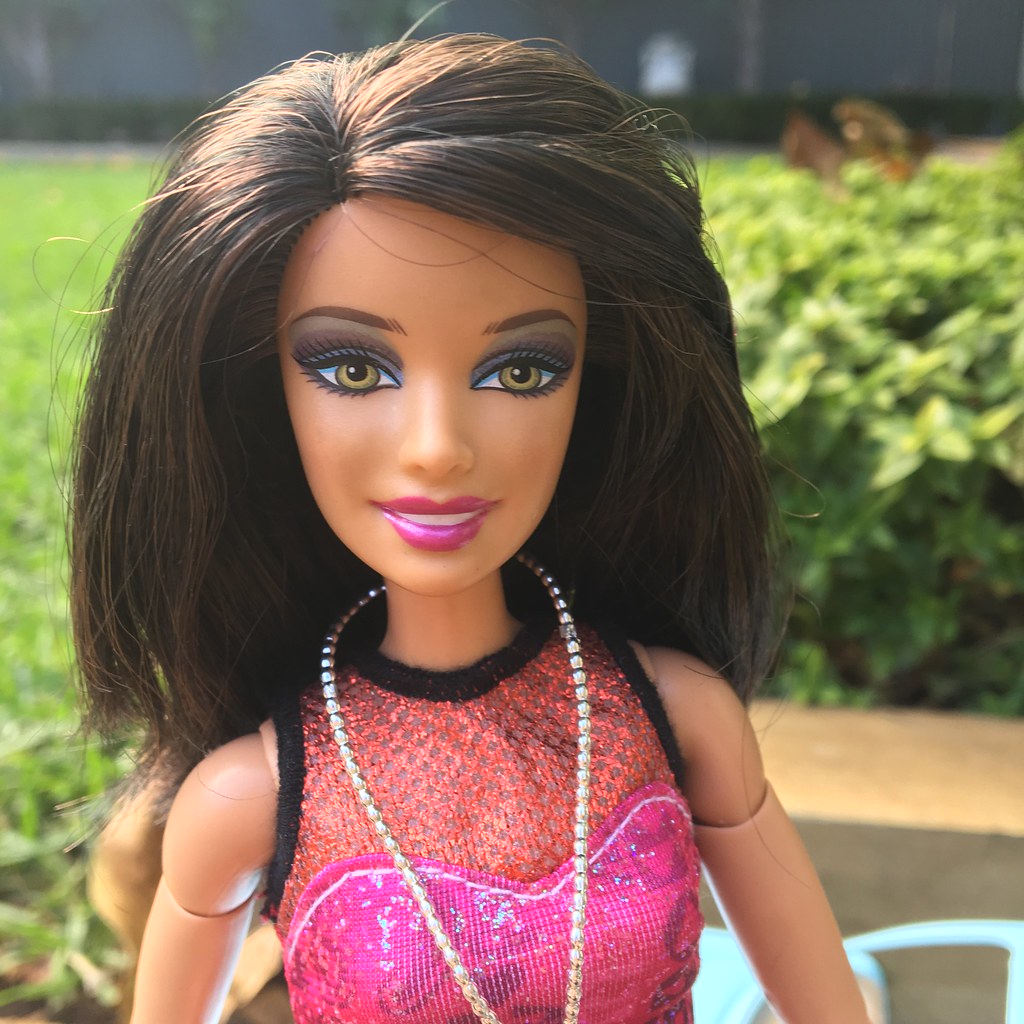 She will be wearing this outfit from Rainbow Wave 1, 2012. It used to belong to Summer, who I ended up selling. I bought this doll for my sister, she was something ridiculous like $25, but then she ended up giving it back to me when she outgrew Barbies.

This is my second doll from this wave -the first was Barbie, who I have posted about previously. 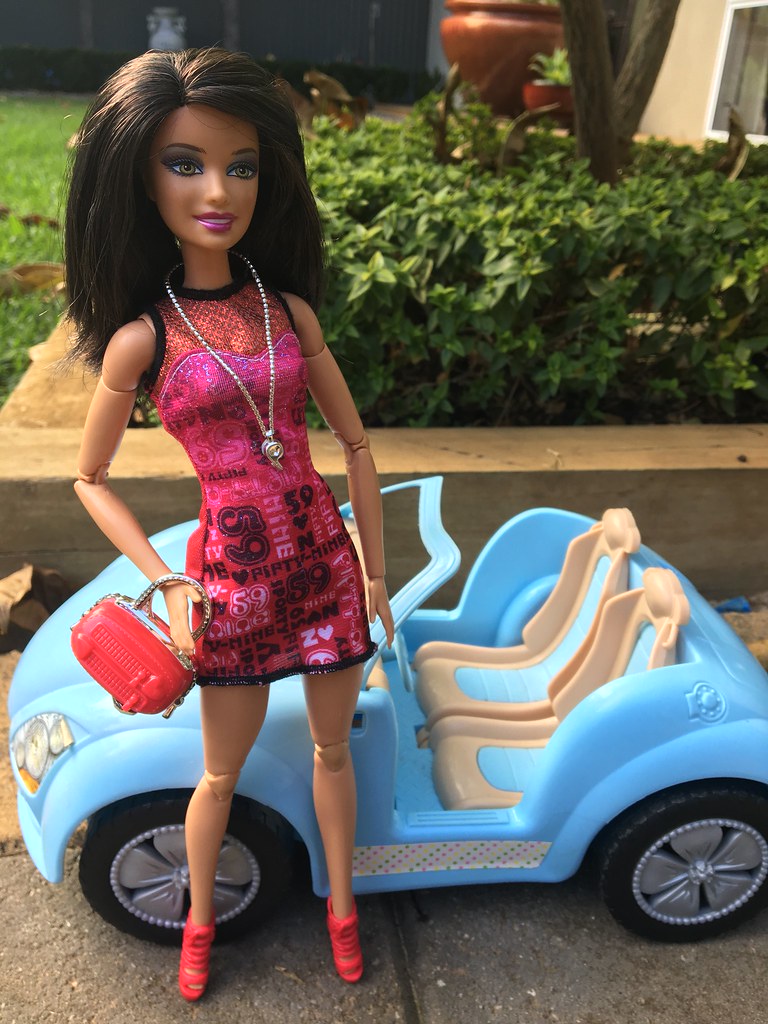 Here she is! Can you believe I still have all the pieces for this outfit? I really, really like the style of the dress, that mesh part at the top is just brilliant. It looks a bit sporty, but in a fashionable way? 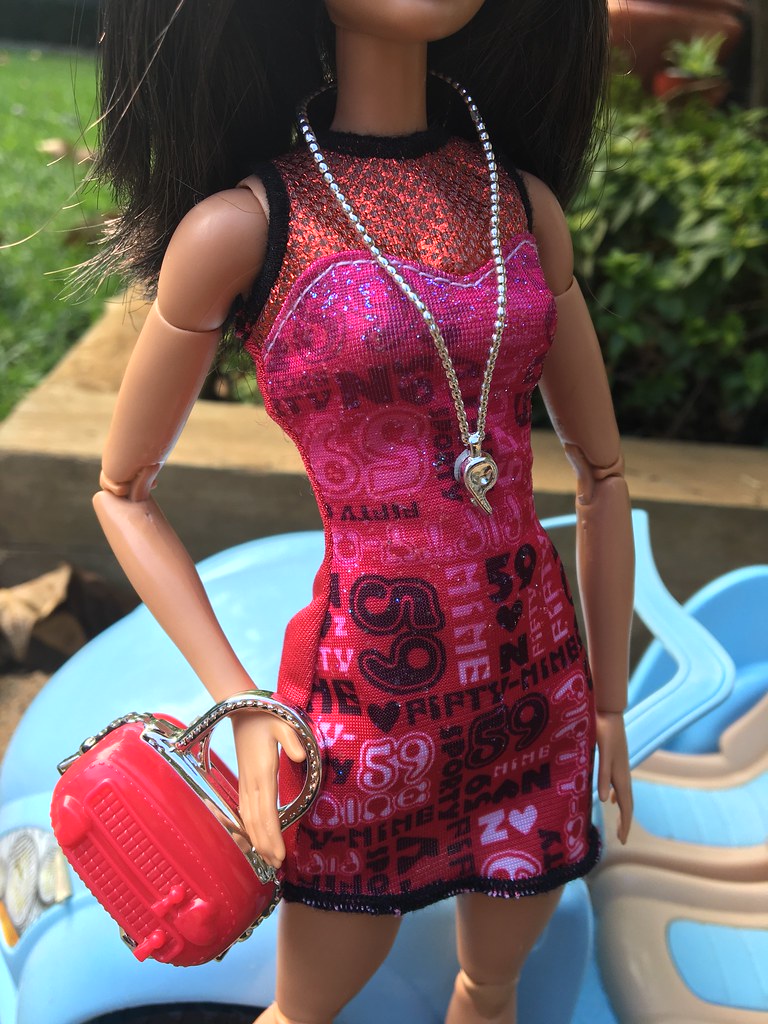 The pattern doesn’t go all the way around. The bag is a bit odd, it’s shaped like a radio, so I barely use it. I guess it’s creative??

Fun fact: When I first learnt that Barbie was made in 1959, I was like ‘oooh! So THAT’S why her dress is always covered with that number!’ I think it’s really cool how they do that. 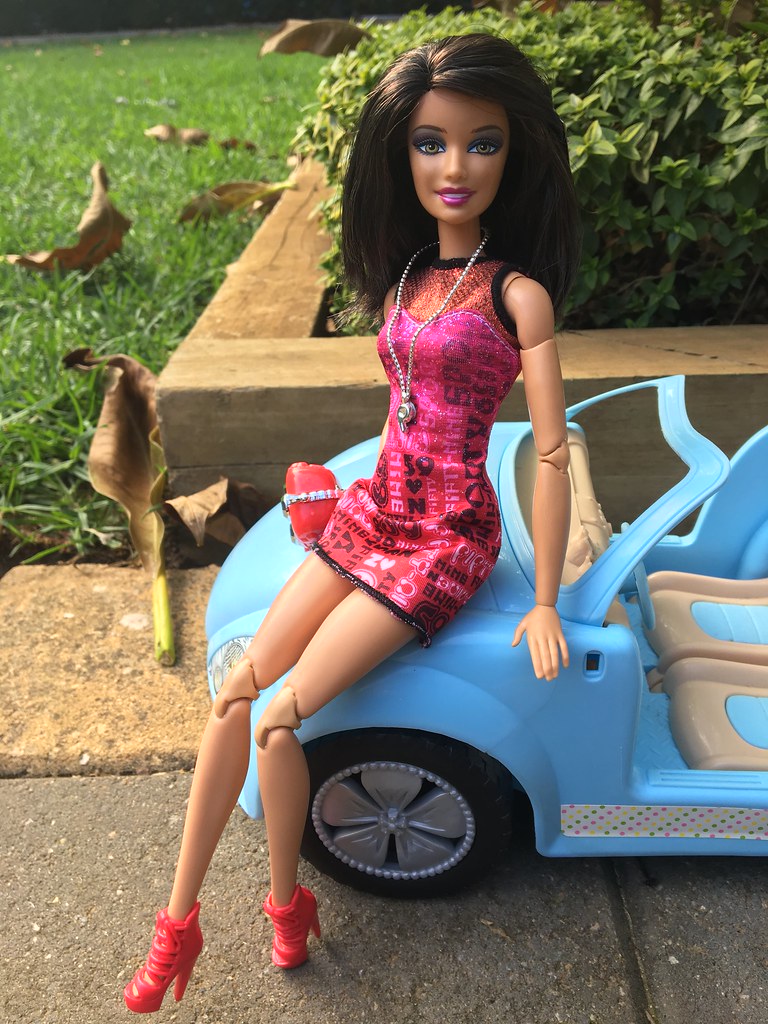 Even though these dresses aren’t as fancy as the original Fashionistas, I think they still maintained an overall theme of ‘going out’ -which the Fashionistas nowadays do not. I guess it’s nice to have more ‘everyday’ clothes, but I think there was something special about getting a really nicely-designed outfit. 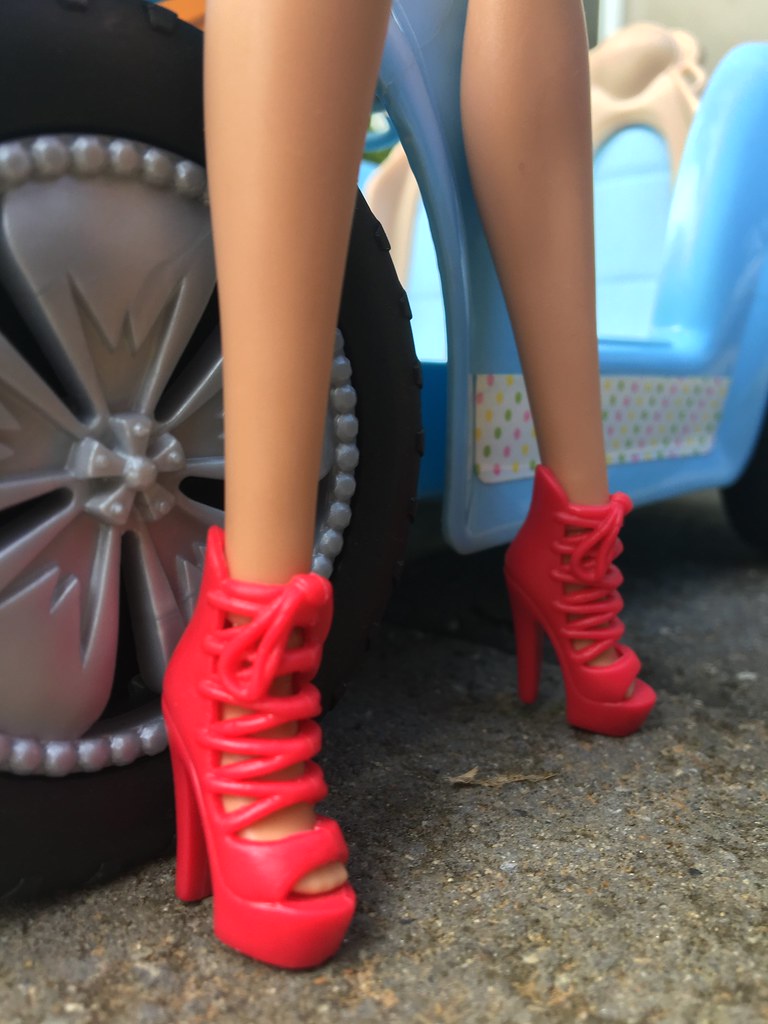 The shoes are red, so I don’t have many other clothing pieces that match, but gosh, aren’t they nice? I really like the whole ‘ribbon’ thing they’ve got going on there.