Recently, I was looking over the original wishlist I wrote at the beginning of 2017 (funny how it’s May and I haven’t seen any of them yet!), and realised my opinions have changed quite a bit. For example, I no longer want the petite doll with the ice cream romper, the Birthday Wishes doll (even though she looks nice in those promo pictures, in other pictures she doesn’t look as nice) and the Video Game Hero mini figurines.

But before we get onto that, I went to Target for the third time this week to have a look at Barbies. I think I must have looked at Barbies, at different stores, at least ten times this week! It’s just that I’ve been so busy, running around, doing things. It’s so easy to just pop into the shop and have a quick look. 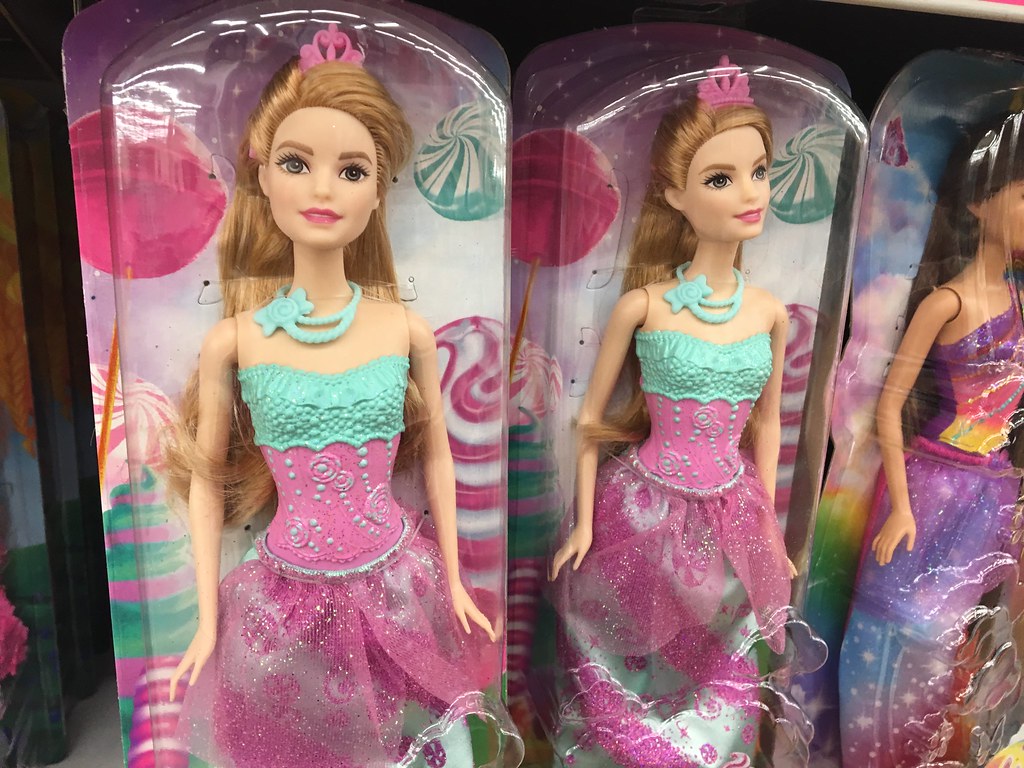 I quite liked the look of this princess doll, but her eyes seemed a bit big. I’m trying to not buy as many dolls nowadays and just focus on the dolls I already own. But if the dolls come with nice clothes, that’s another story! 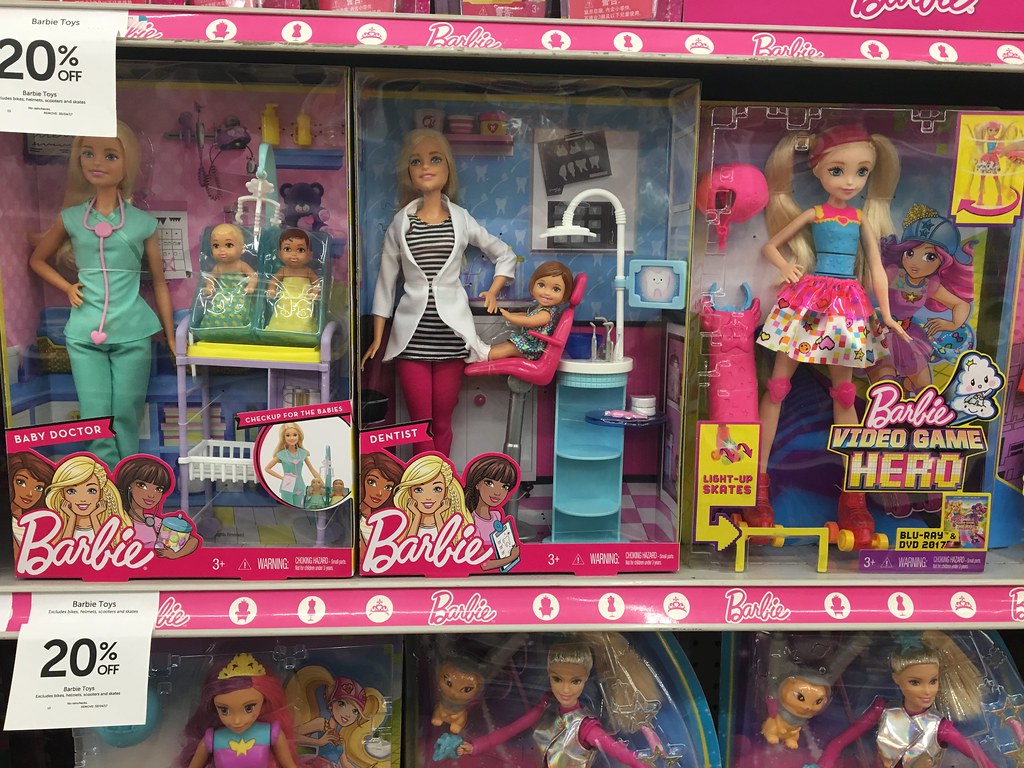 Some new playsets! I thought these both were very cute, but I don’t really have a use for them -especially since I already have a similar playset to the baby doctor one. 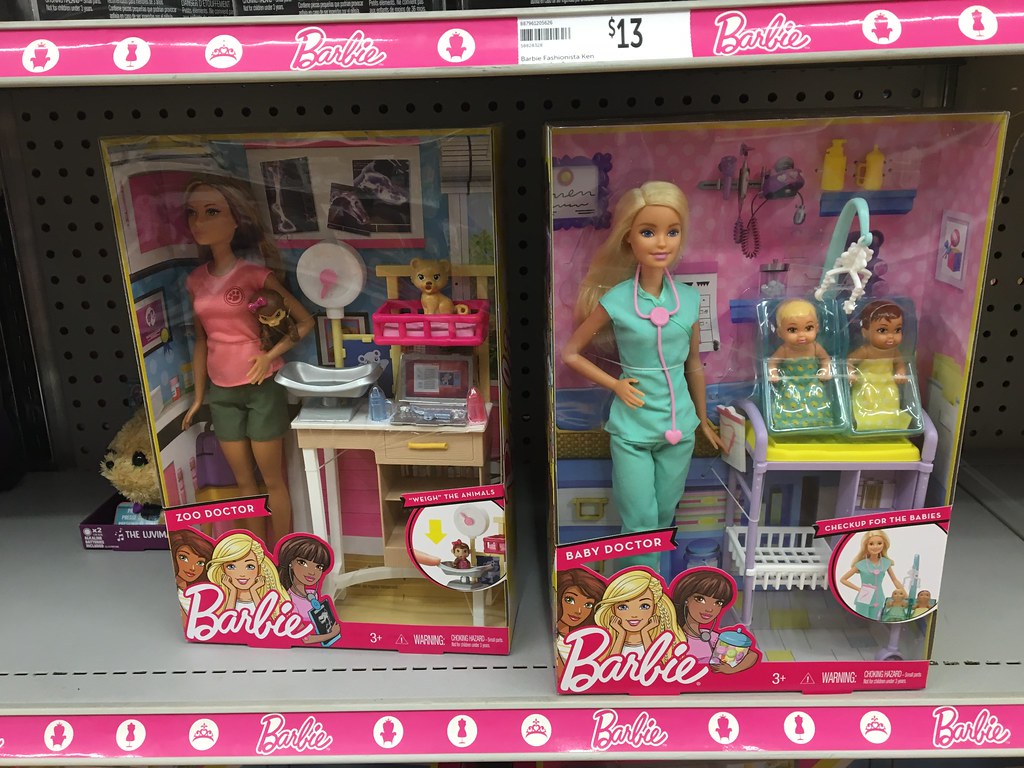 Here’s another zoo doctor one. Again, very cute, but not something I would need or use. I really liked the doll though! I think she is a Summer.

Apart from that, there was nothing else I was interested in. Just the same old, borrrinng Fashionistas, Dreamtopia dolls and lots of Tamikas. (Now I am wishing I waited a bit before buying one with a mark on her forehead!)

Updated 2017 Wishlist -THESE PHOTOS ARE NOT MINE! If you are the rightful owner of any of these pictures and would like me to remove them, please let me know in the comments below and I will do so ASAP!

This girl was on my wishlist last time, and she still is now!

I think this girl is actually part of the 2016 Fashionista + Extra Fashions set, but she never arrived to my city. Perhaps soon she will? I haven’t seen any of the doll + extra fashions yet, so it’s unlikely. 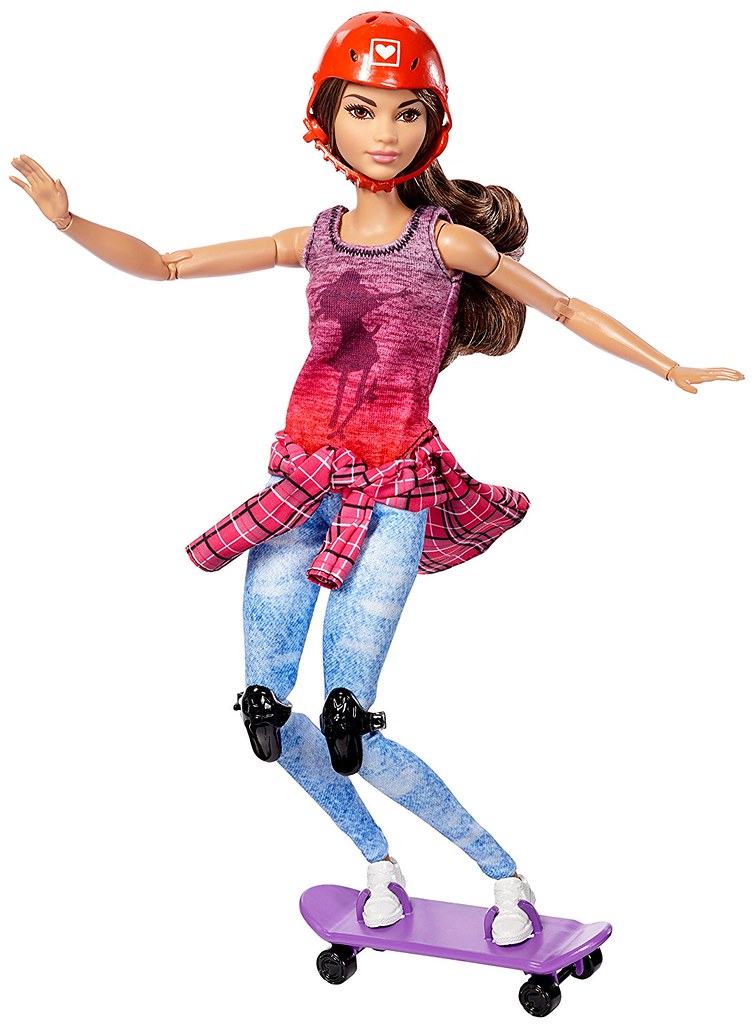 I see this girl quite often, always for $19. I hope she will go down in price soon! I really want to buy her -she uses the Curvy facemould, I think. I also really like her clothes, her articulation and the fact she comes with A SKATEBOARD!

Last year I bought a bunch of M2M dolls for $27 each, only to have them go down to $13 on clearance by the end of the year, so I don’t want to make the same mistake again! 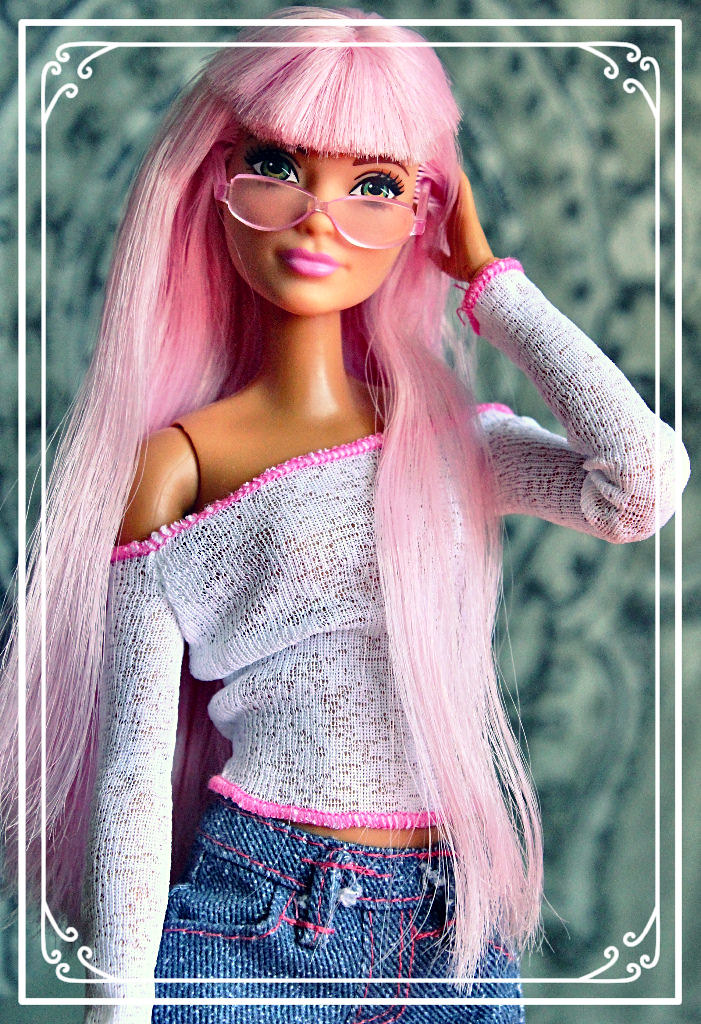 OH MY GOSH. Isn’t this the most sunning photo you’ve ever seen? I never knew Daisy Pop could look so goood! I love her jumper, too. She’s on a M2M Skateboarder body (another reason I want it…). I don’t actually like Daisy Pop on her regular body, so I’ll definitely need to rebody her.

I am terribly excited for Dolphin Magic, especially the toys! I hope I get to see this one in person! It has been all over my Instagram feed for some time now. 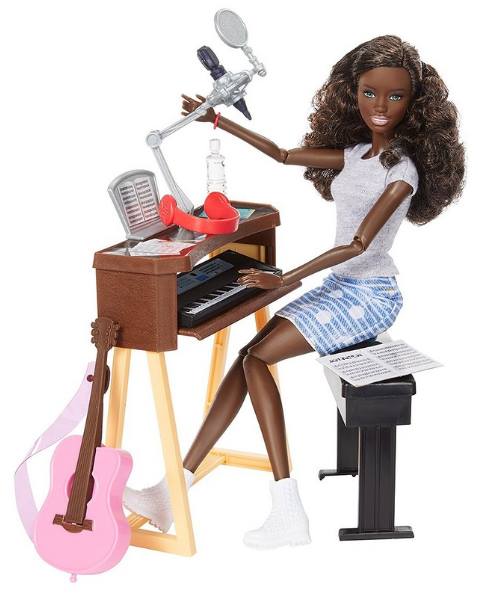 This is another beauty that has been all over Instagram. I don’t like the doll’s face (I think  it’s the light lip colour), but I love her hair and how she’s articulaatteed! #BestNewsEver I also love the whole playset and how it comes with so many functional things! 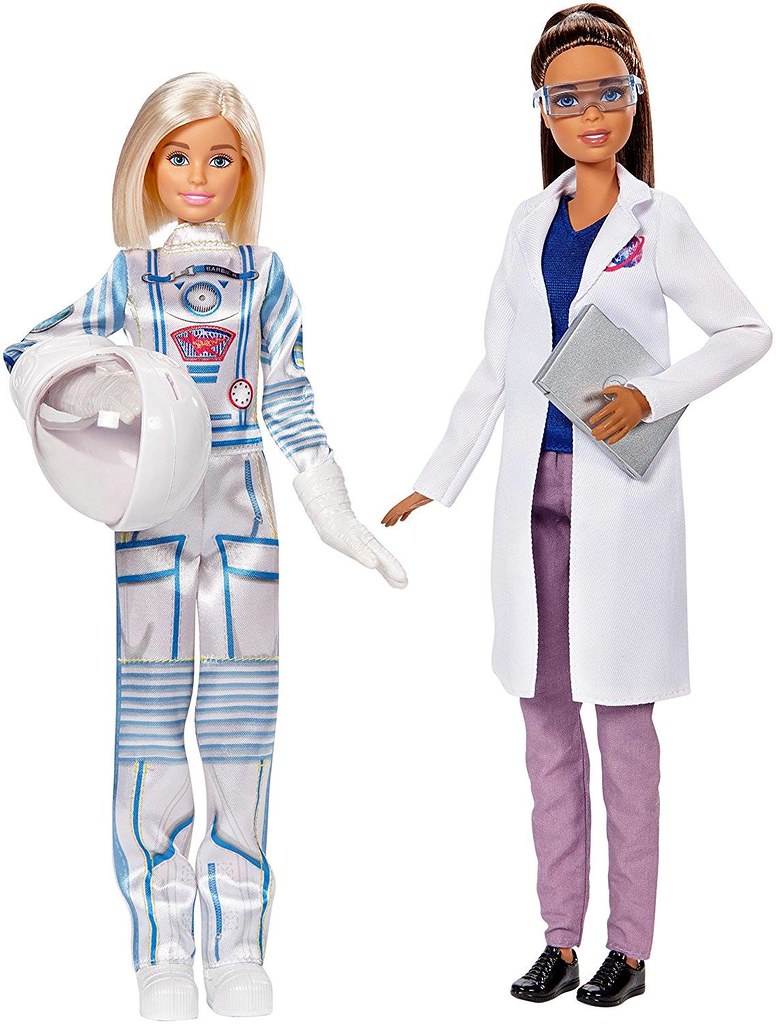 I hadn’t seen this astronaut before today, but wow, she went straight onto my wishlist! I have never seen a space doll (aside from Star Light Adventure dolls) irl before, so I desperately want this one. It’ll really expand the whole Cloudship #507 thing.

The doll itself is a bit ‘meh,’ I don’t like her face, but I like how she has short hair. Wow, I’m really picky, aren’t I? 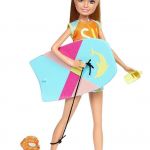 This is another one from Dolphin Adventure. It was the only picture I could find, please excuse the quality. But look! It’s Stacie! Wearing bathers! With a boogie board! Yesyesyes! On another note, how cool would it be if they made fashion packs for Barbie’s sisters? I hate having two Stacie dolls that look exactly the same -I only bought the second one for the outfit. And why hasn’t Mattel made friends for Stacie and Skipper yet?? (I mean, modern-day friends, I know they made friends a long time ago, but a 2012 Skipper can’t really be friends with a 1989 Courtney, can she?) 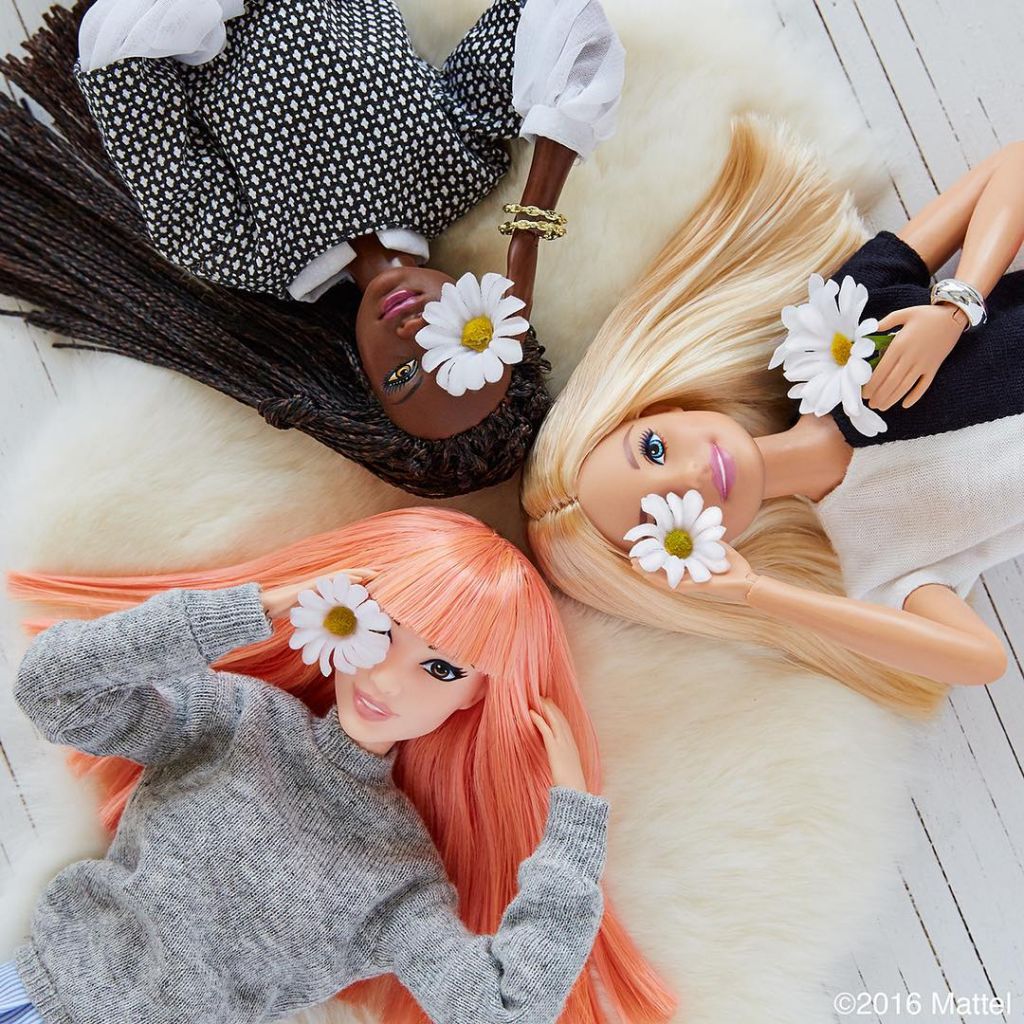 This picture is from the Barbie Style instagram page, and it’s been kinda confirmed that they’re producing the orange haired girl. I would love it if they made the other girl, too.

Anyway, the orange haired girl is definitely on my wishlist. 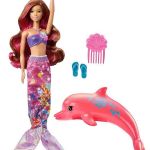 Finally, this one is not on my wishlist, but she’s from Dolphin Adventure as well. If you look closely at her tail, you can tell she’s a transforming doll -she must be the friend that Barbie meets, the one that is secretly a mermaid.

Even though I like the look of mermaid dolls, I don’t see myself buying one, just because it wouldn’t fit into my photostories. When you can’t play with Barbies, what’s the point? (I mean I literally cannot think of a single thing to do with them, and that makes me really sad because playing with Barbies is kinda my thing).

I’m feeling kinda bummed out at the moment because I keep going to the shops and there’s been hardly anything new all year, only the ‘Careers’ playsets and the Video Game Hero dolls. It makes me upset because we never get the full range of Fashionistas here, either, and ahghghgh whywhywhy.

3 thoughts on “A Visit to Target + Updated Wishlist”