Whew! A big photostory today; I had a few hours of free time and wanted to make the best of it.

It’s nearly one pm, and Midge has arrived to pick up Nikki from Imogen’s daycare. Even though she stays at home, Midge likes to utilise Imogen’s centre as it allows her to run errands and have some time to herself. 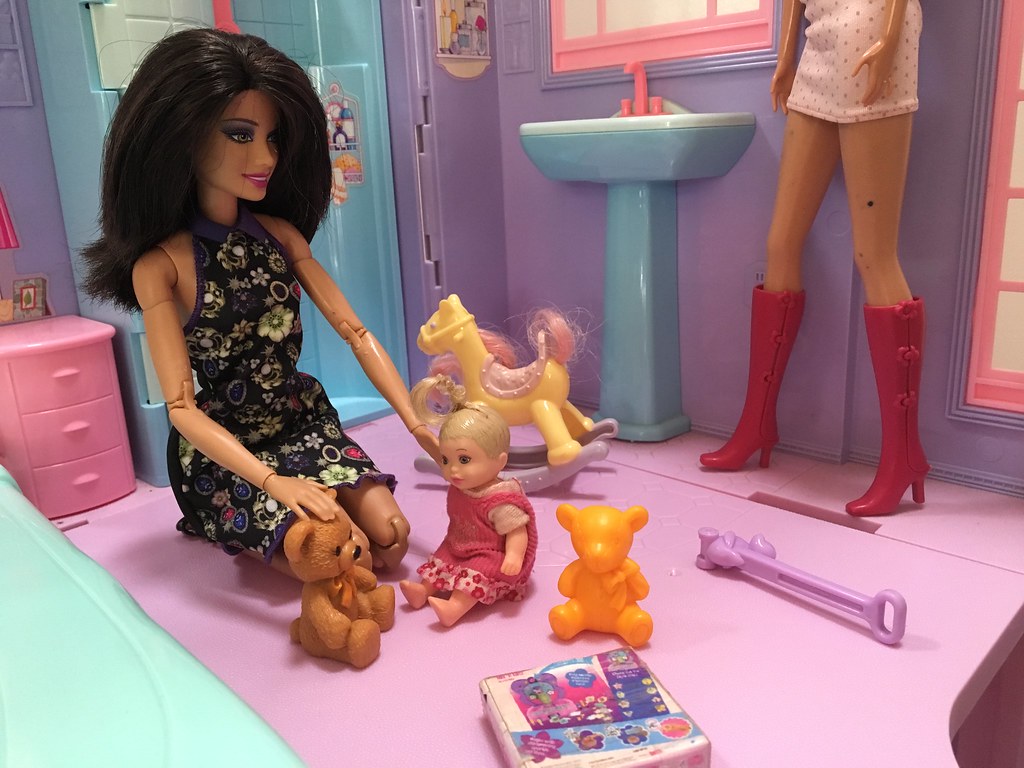 Imogen is so distracted that she doesn’t notice Midge walk in. 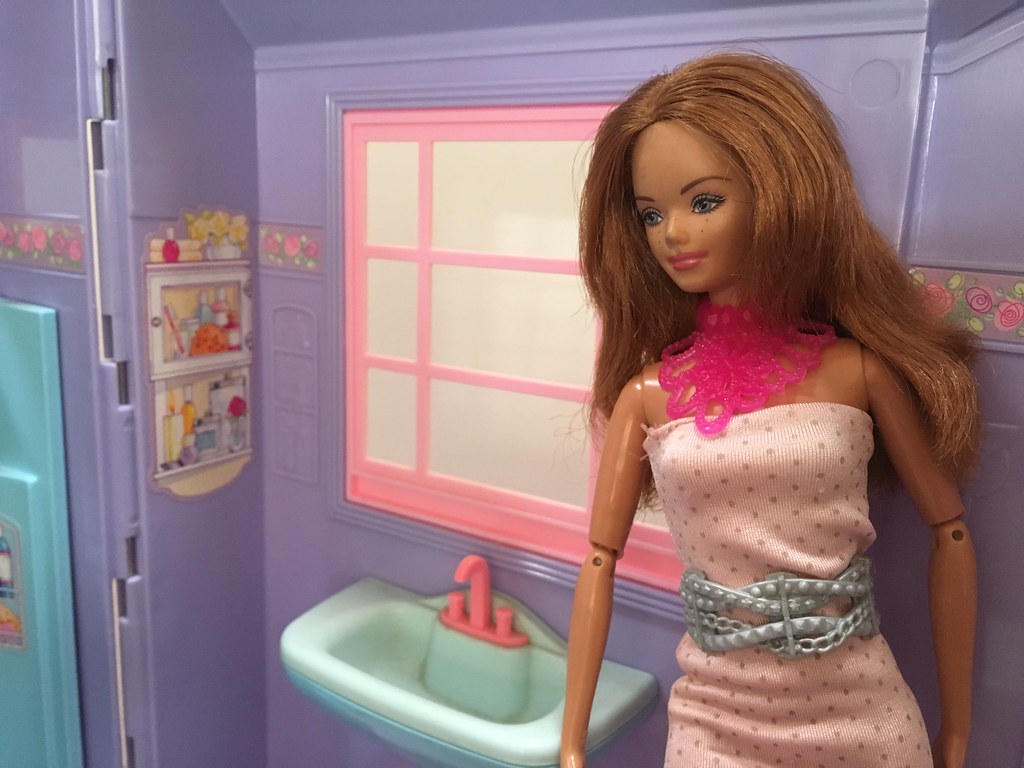 “What, Nikki is the only one here today?” Midge is surprised. A few days ago, the room had been full of children! 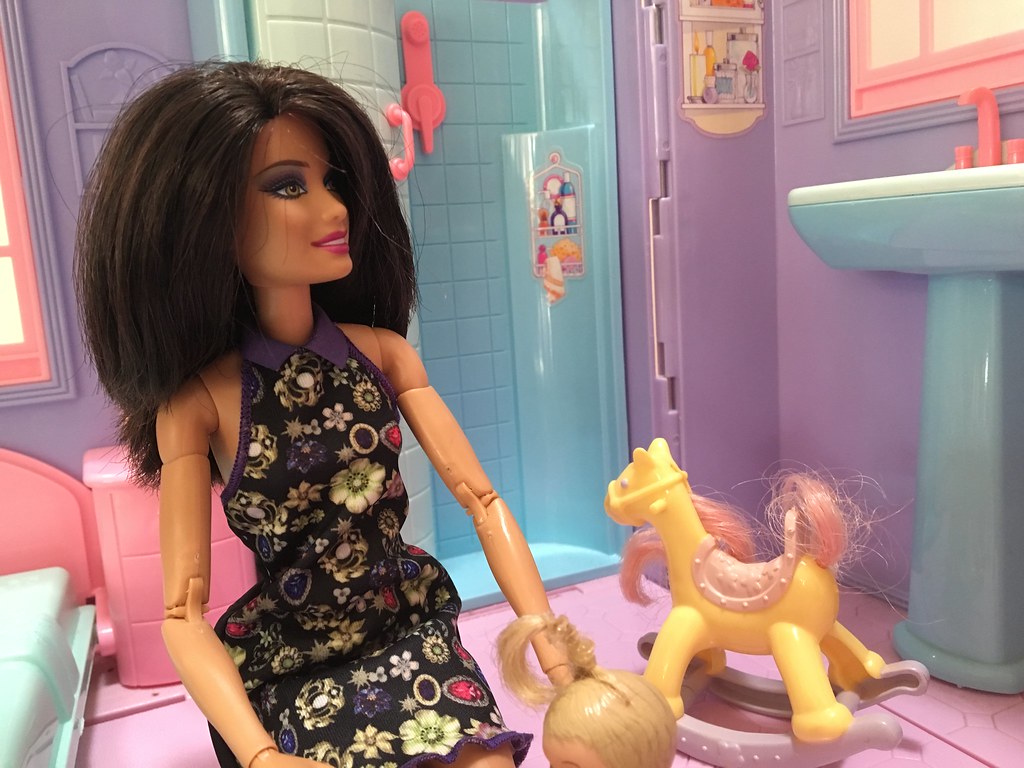 “Oh, yes. School’s started again, so most of the children spend their days there now.” Imogen explains. At first it was nice for a break, but now she’s a little bored. 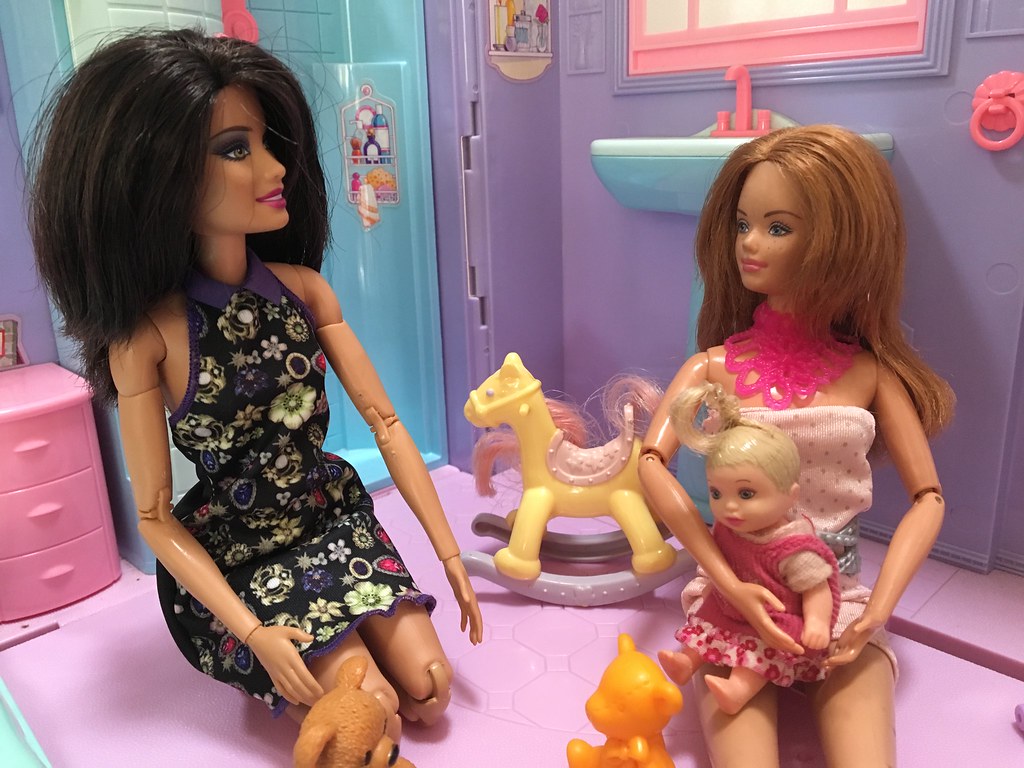 “Yeah,” Imogen sighs. “All my friends are at school, too. You’re the first person over the age of six I’ve spoken to all day!” 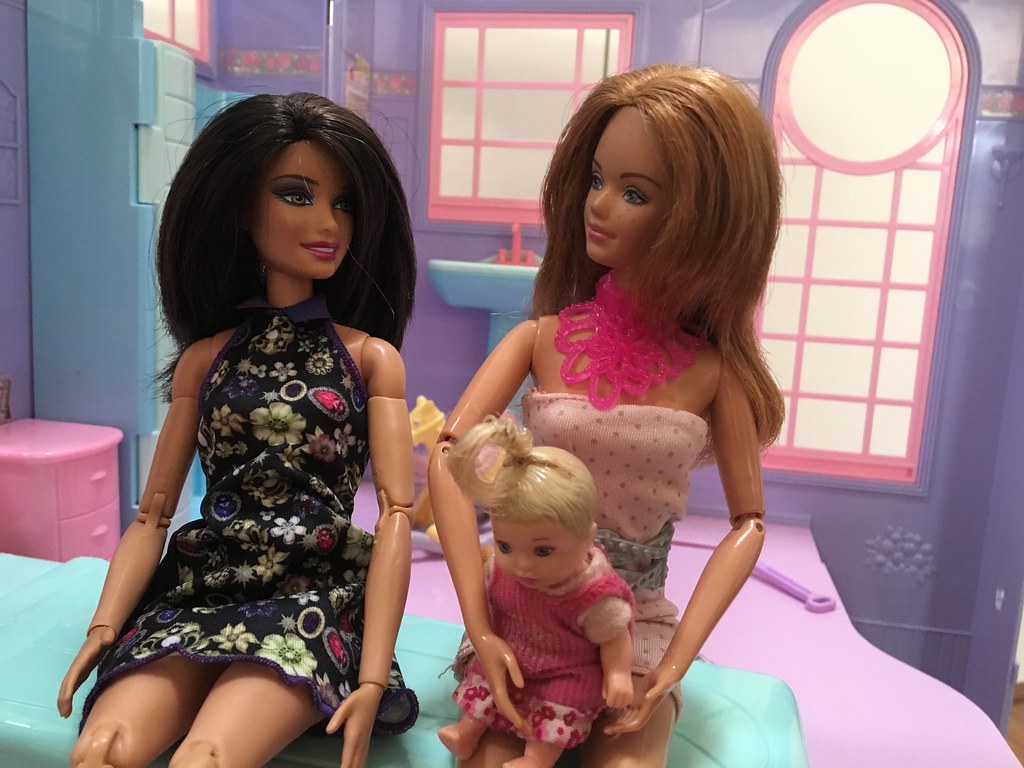 “I know it’s tough at first, being away from everyone,” Midge says. “But it’ll get better. I promise.”

Imogen nods. Midge left school when she was young, too, so she knows what she’s talking about.

Meanwhile, Aimee and Neko are waiting in the hallway to confront Catrina. They don’t have any evidence yet, but they’re sure it’s her that’s making up the rumours about Emily. 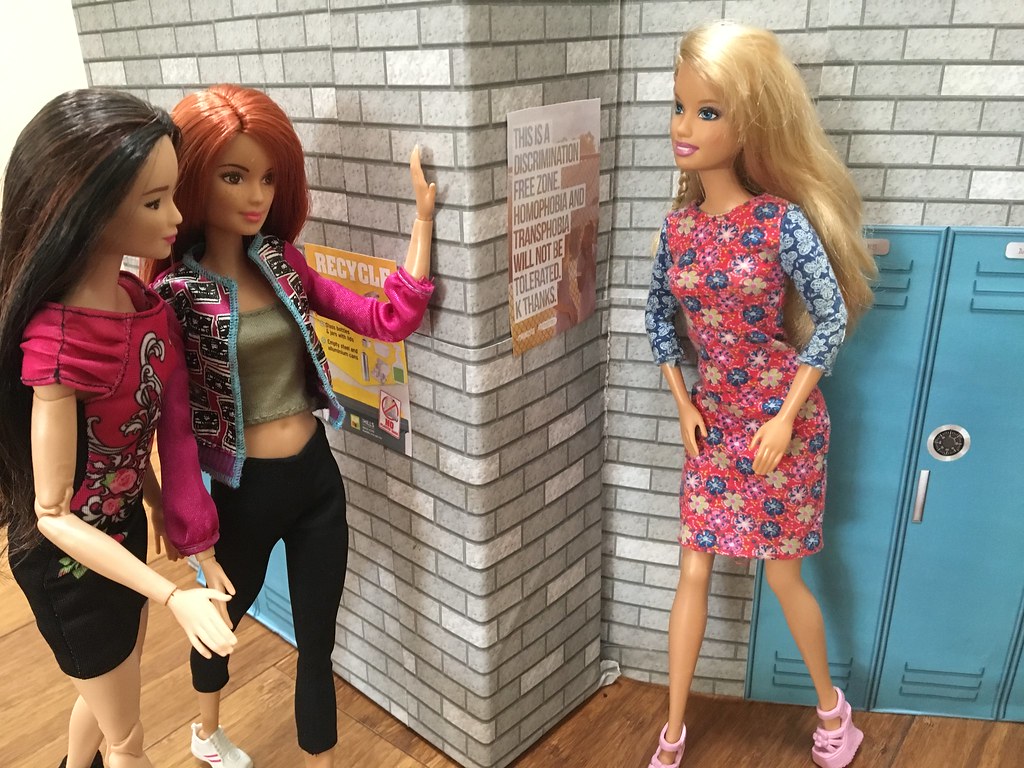 “Look! Here she comes!” Neko hisses. They leap out from behind the wall. 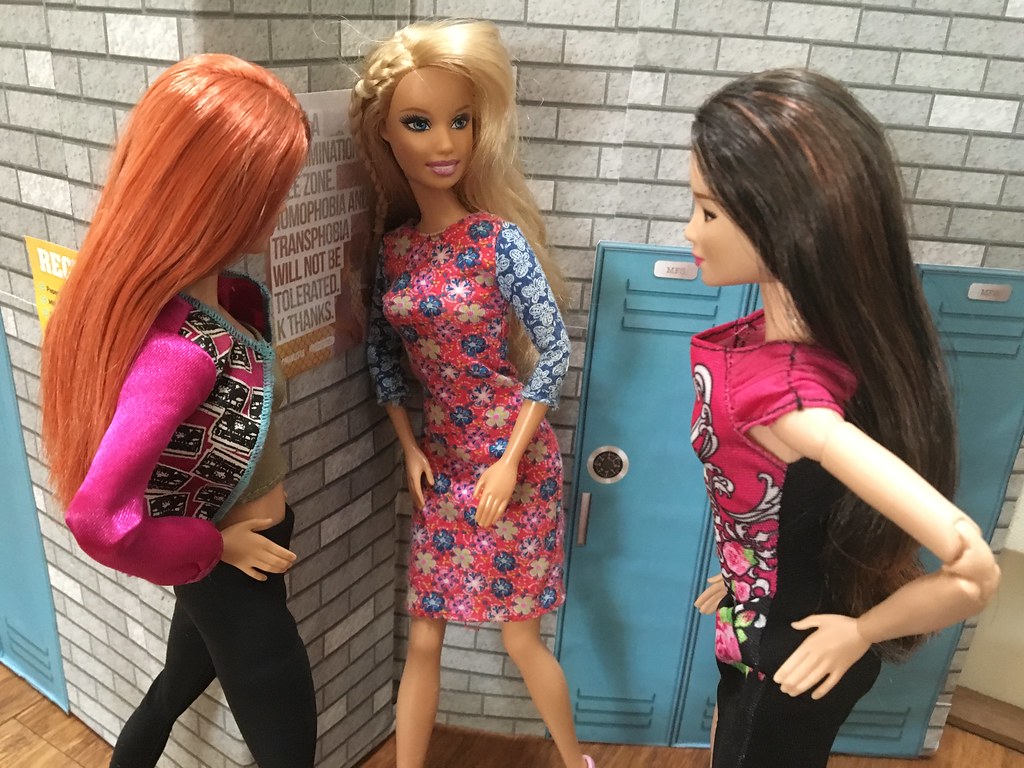 “Agh!’ Catrina cries, backing up against the corner. “Crazy lesbians! Don’t touch me!” 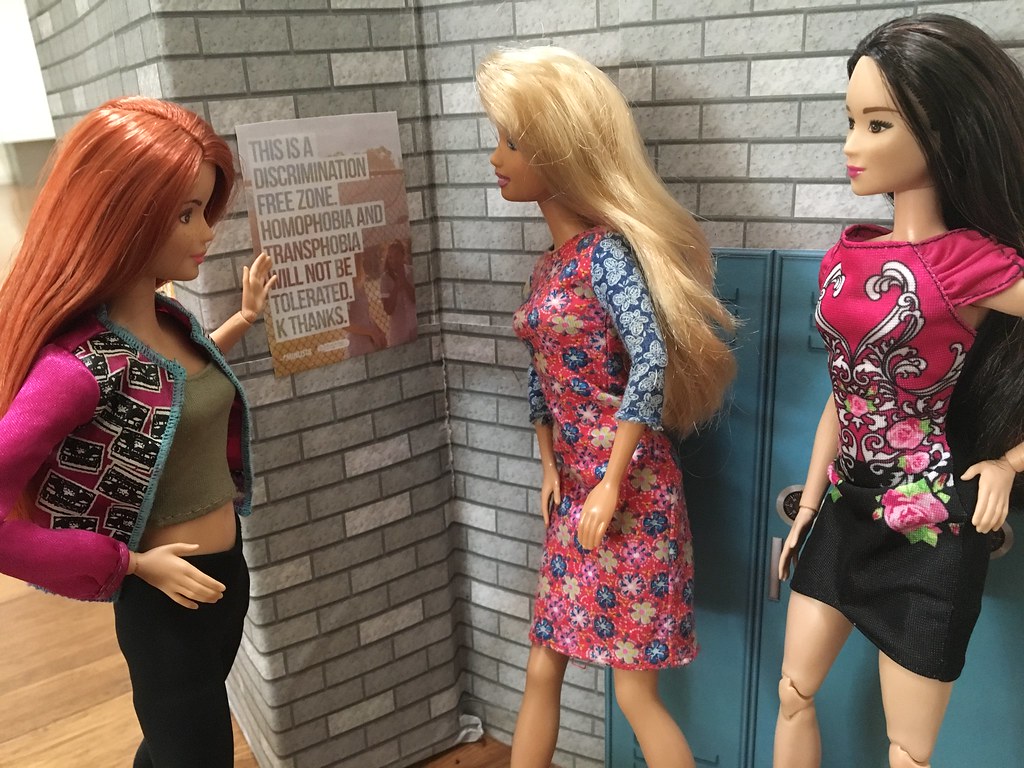 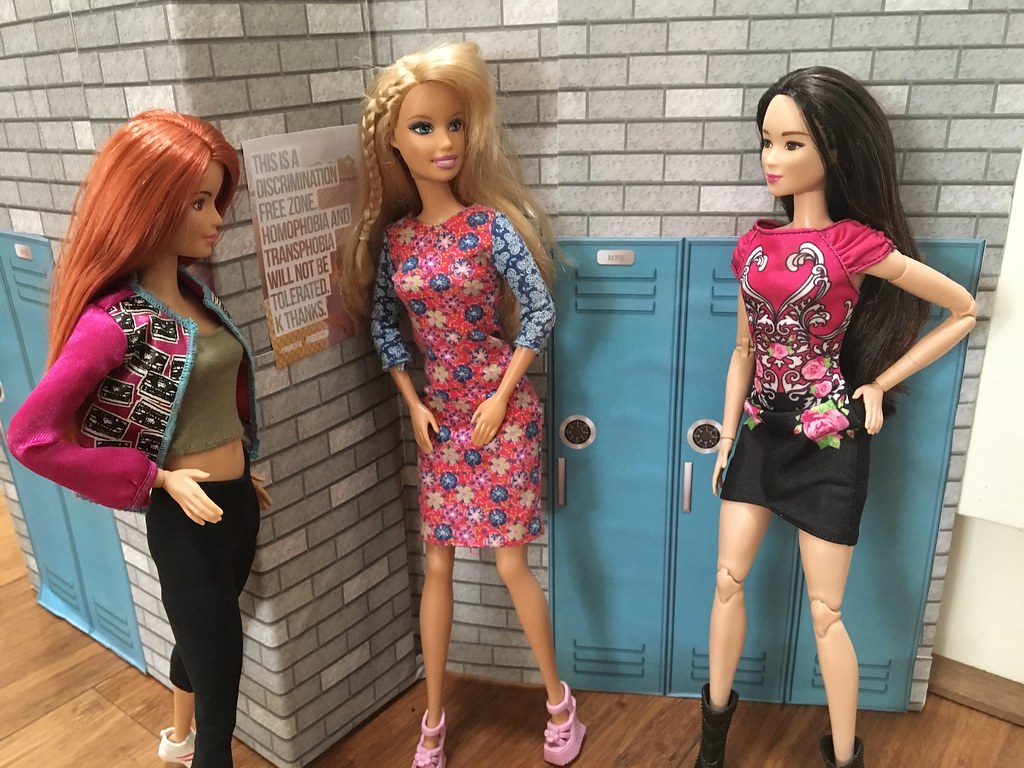 “And secondly, these rumours about Emily need to stop. I get it that you don’t like her, that’s fine, but it’s absolutely not okay to say untrue things about her!” 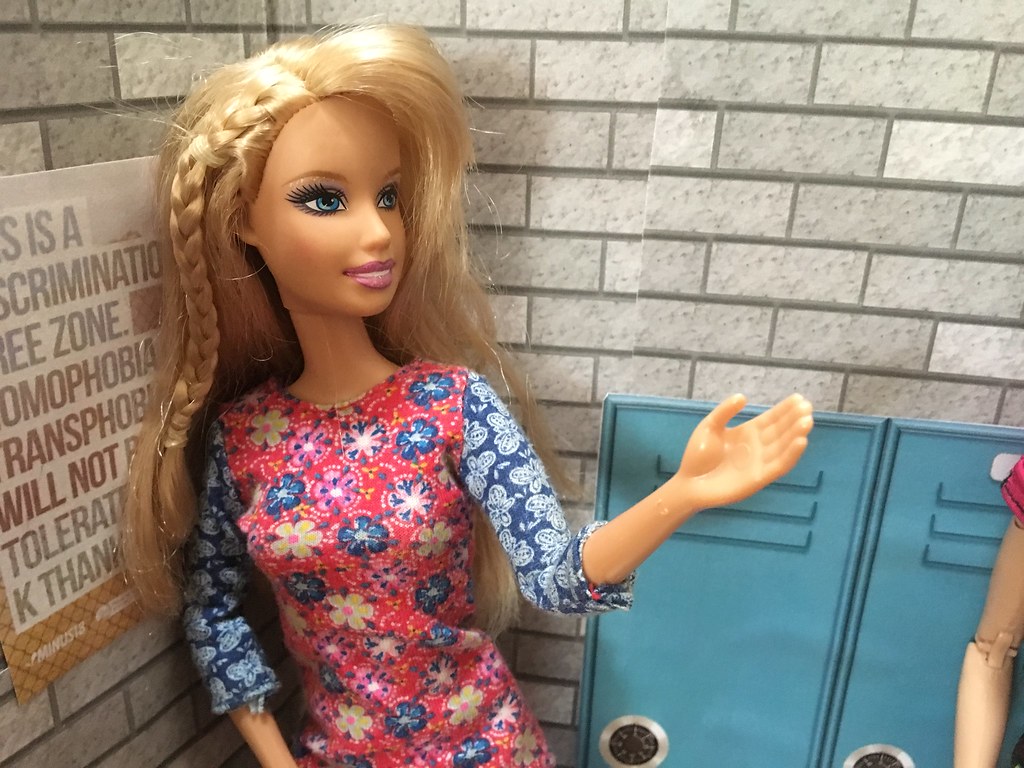 Catrina is ready to defend herself. “What? How everyone’s saying she cheated on Ryan and got pregnant? I didn’t start that!” 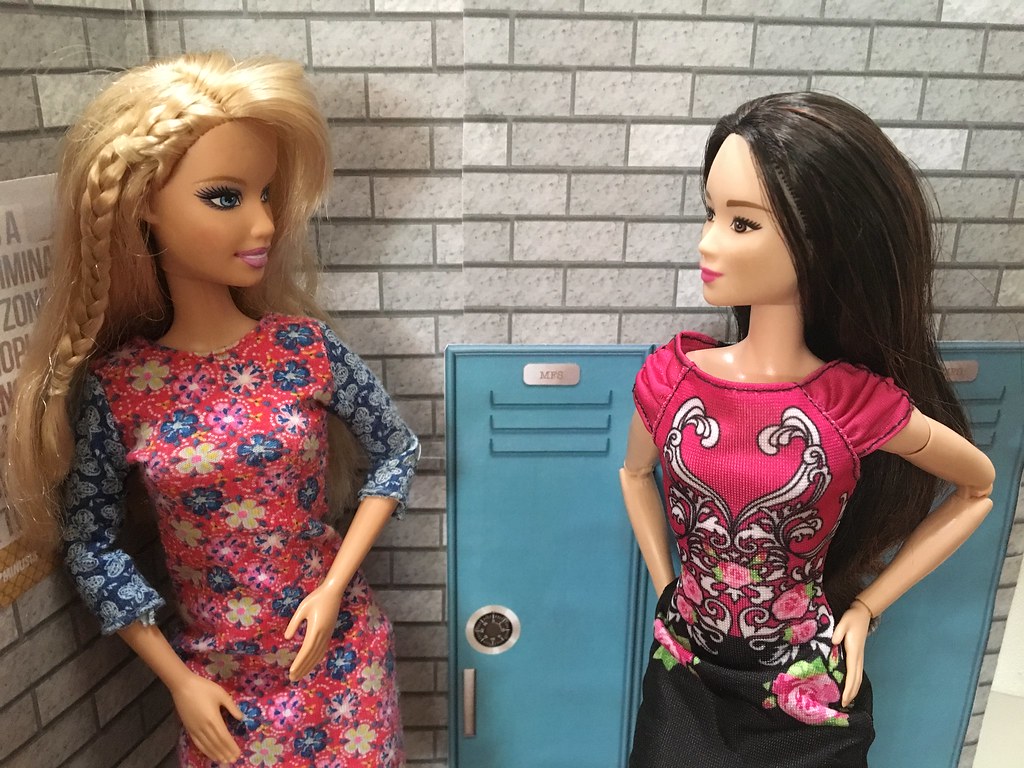 “Oh, please! Enough with the lies!” Neko says. “You’re just jealous that she’s popular and you’re not! And you know why? Because you’re a whiny little cow!” 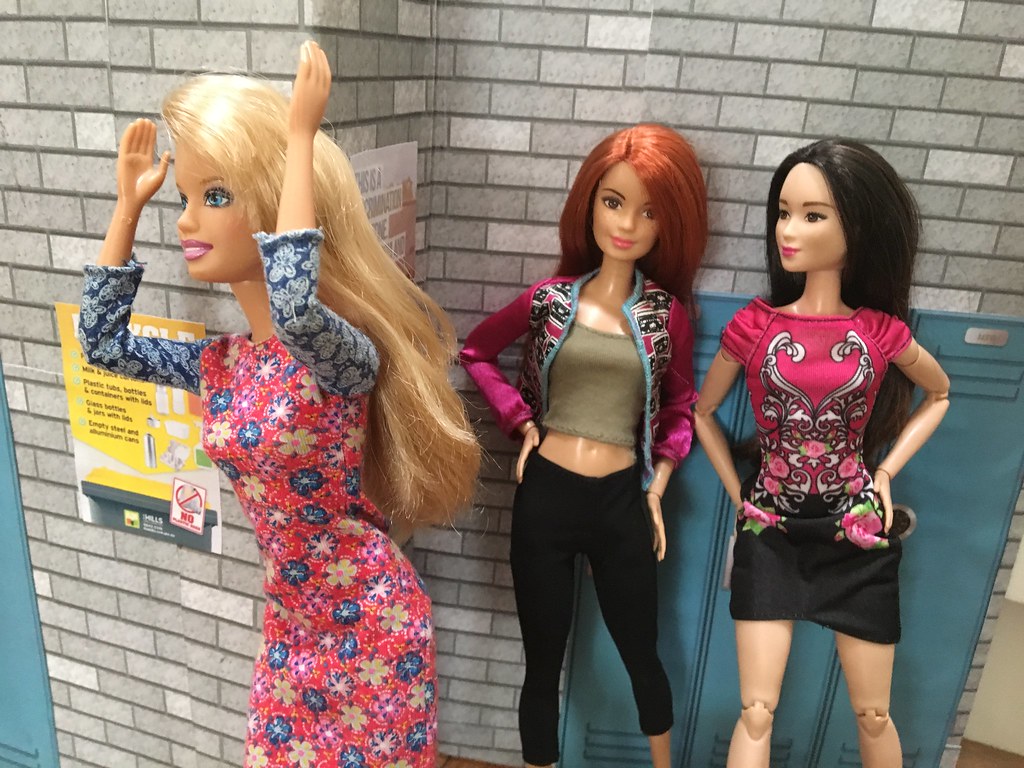 “I’ve had enough of this!” Catrina cries, storming off. 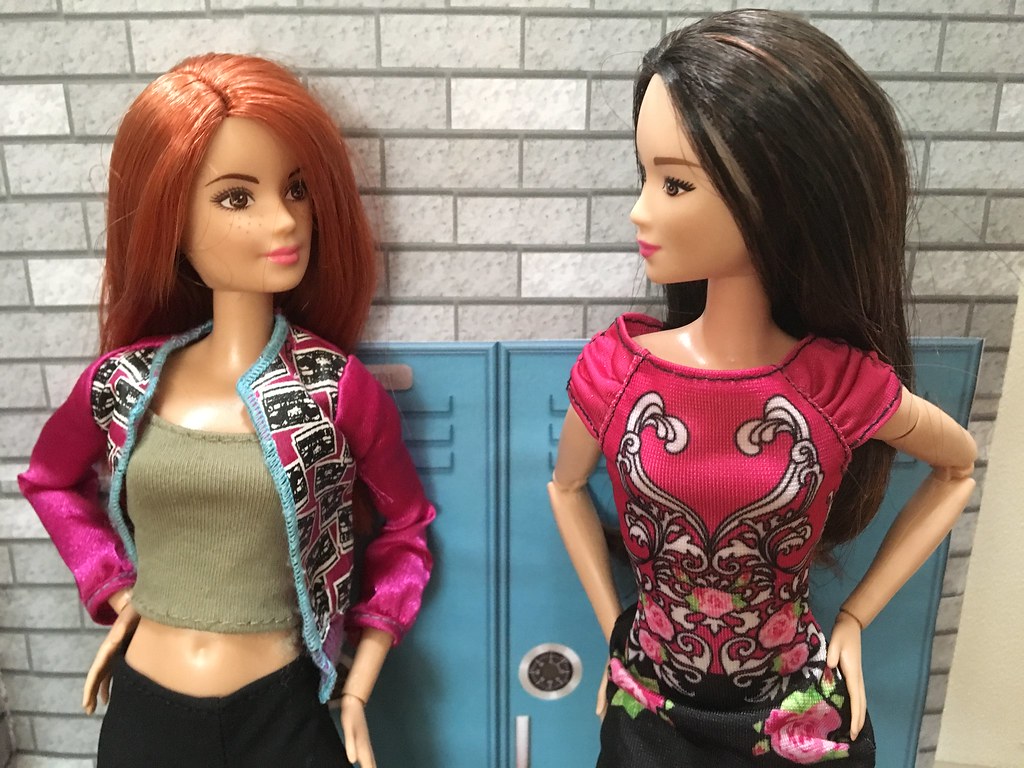 “Do you think that worked?” Neko asks. 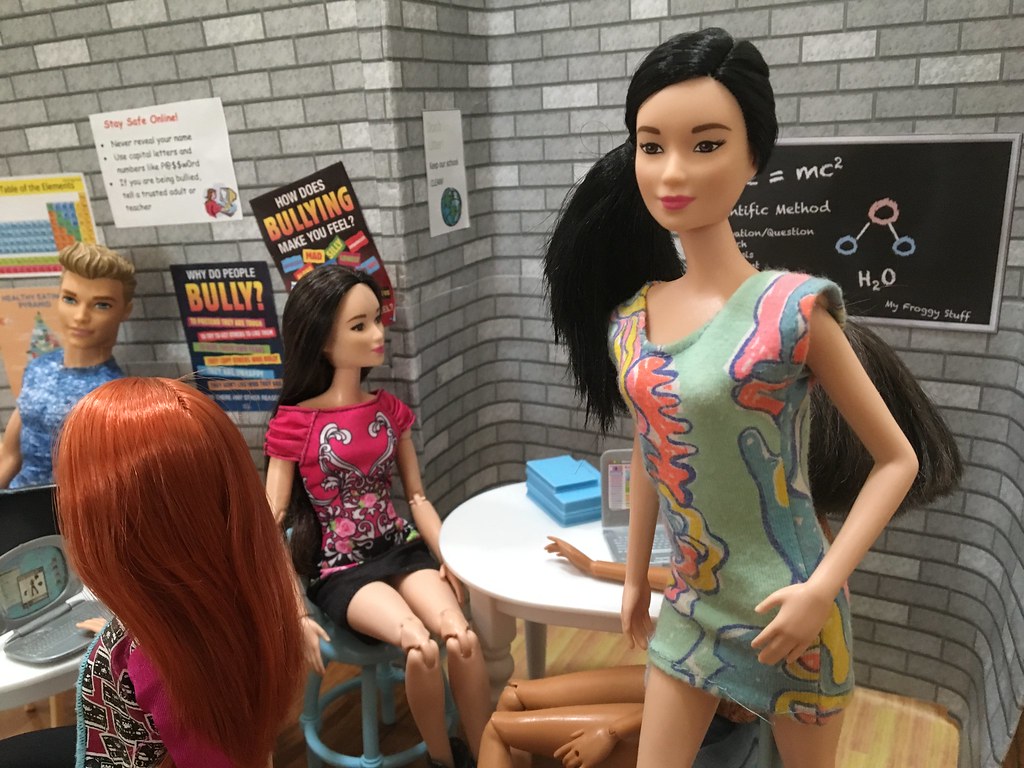 “Alright, everyone!” Ms Tori says. “I want those essays finished by Friday. No extensions!” 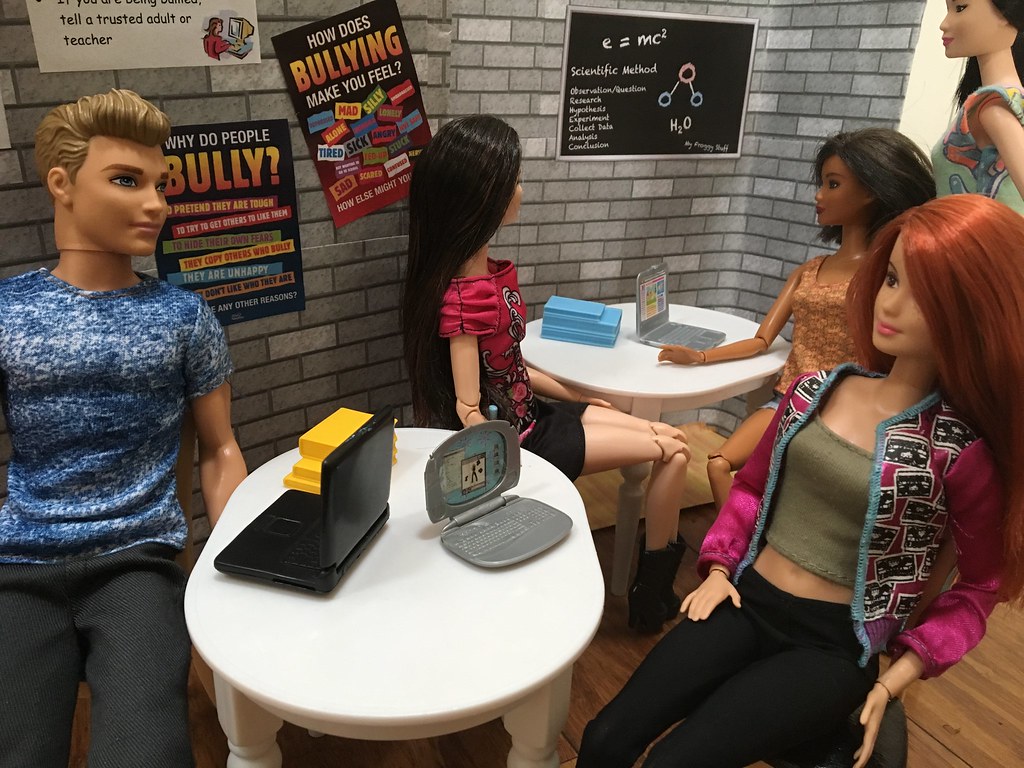 “So how are things at the space station?” Aimee asks. She is still annoyed at herself for missing the exam -and annoyed at Zapp, for telling Andrew she should be kicked out. 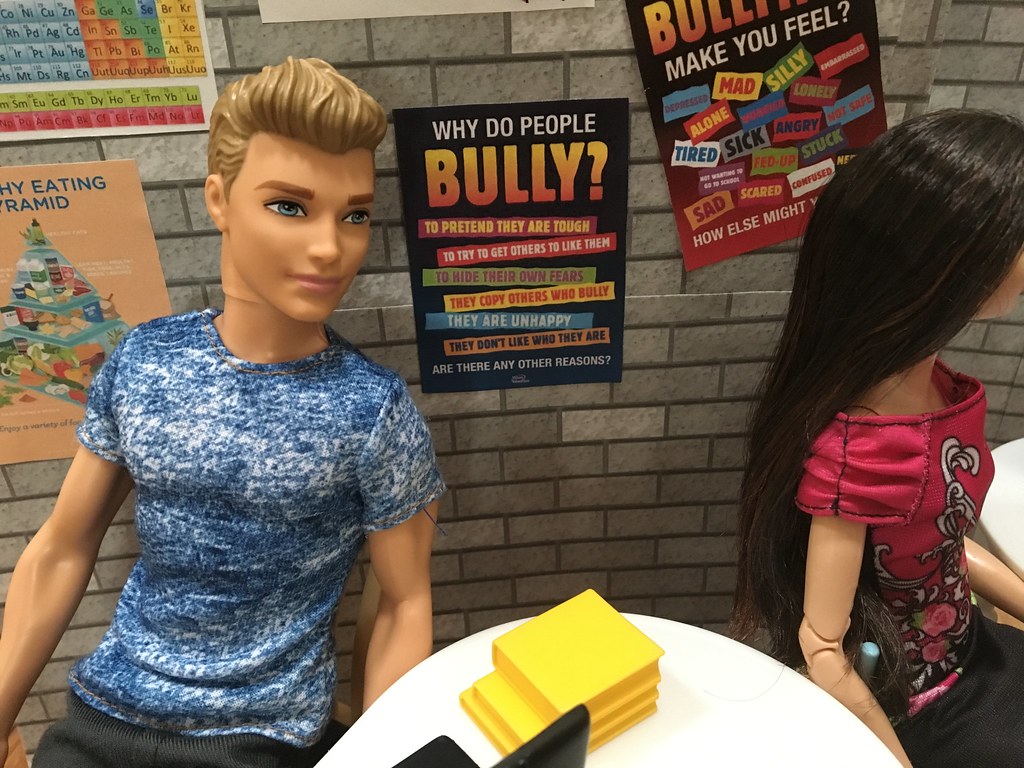 “Oh, great!” Zapp says. “You can come by after school, if you want. We’ve got some really cool new gadgets and stuff.” 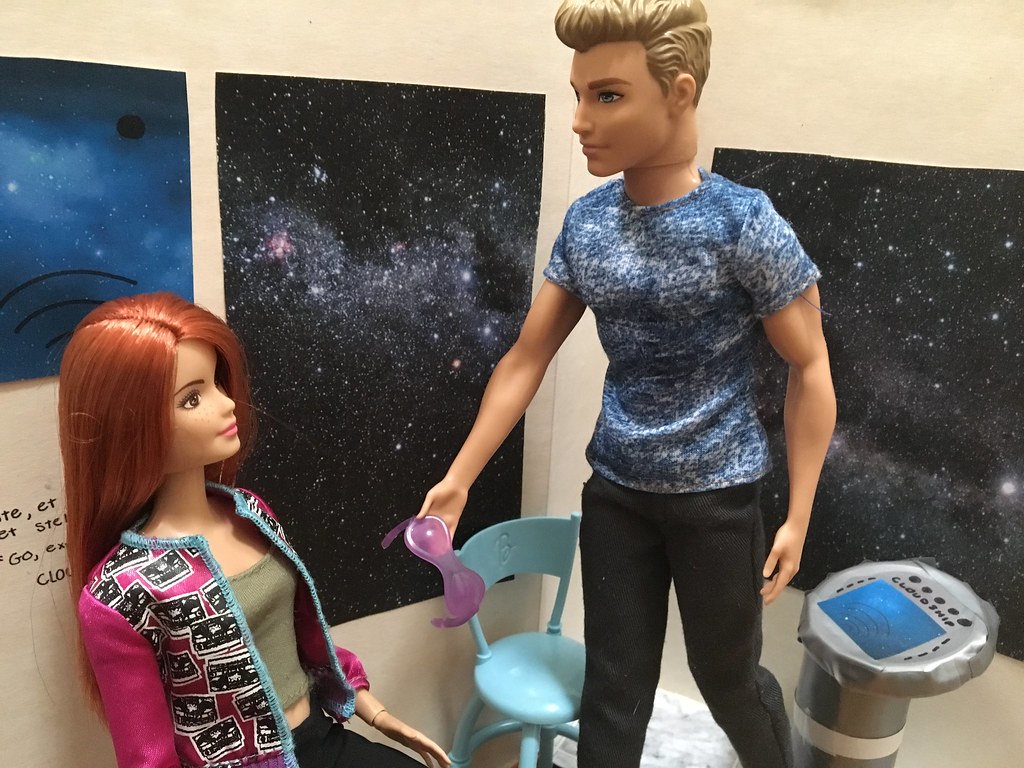 “I don’t get it!” Aimee is surprised. “Everything looks the same as before! What are they supposed to do?” 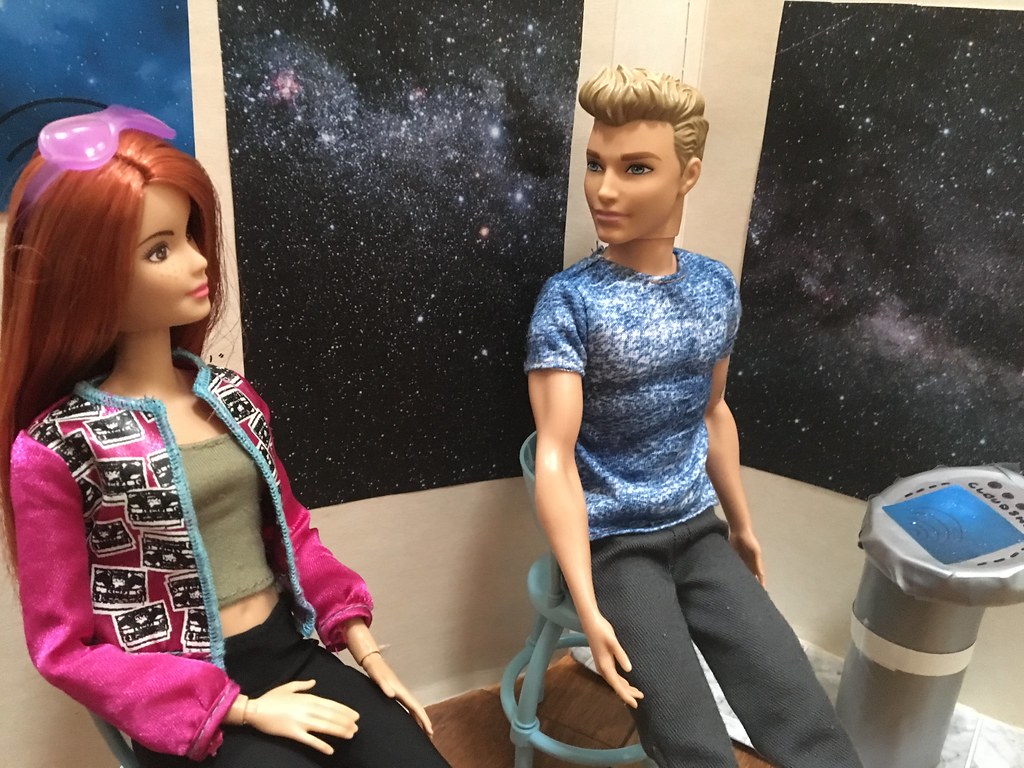 “Ah, that’s because we’re on Earth!” Zapp smiles. “If we were on the Planet Xeraa, your eyes would be protected from the dangerous fog. Without these goggles, you’d go blind!”

Even though it’s interesting, Aimee is saddened that she’ll never get to explore Planet Xeraa. She wonders if Zapp has already been there. 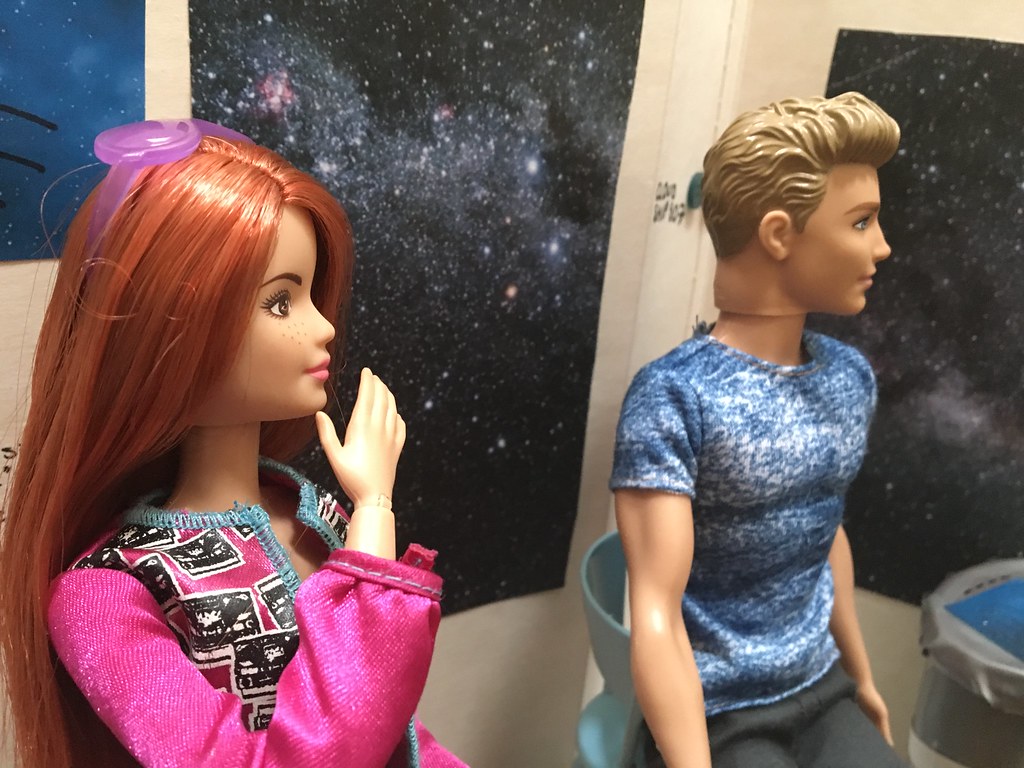 Her thoughts are interrupted as Andrew enters the ship. She’s not supposed to come here anymore! 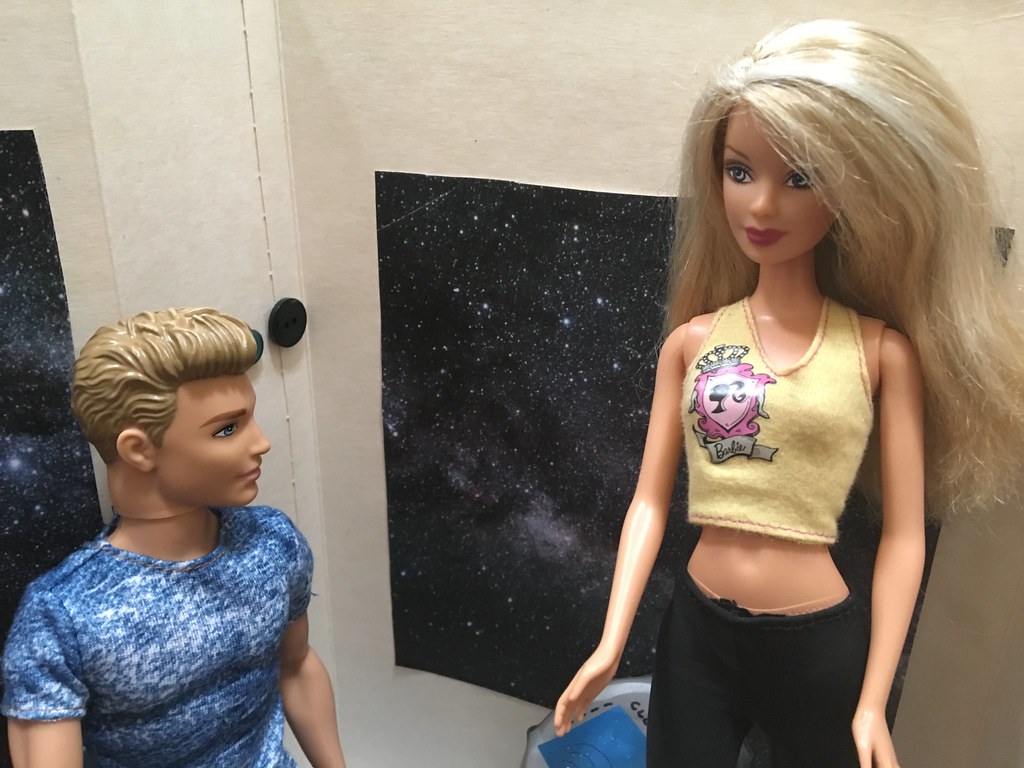 Andrew raises her eyebrows. “Enjoying our new goggles, are we, Aimee?” 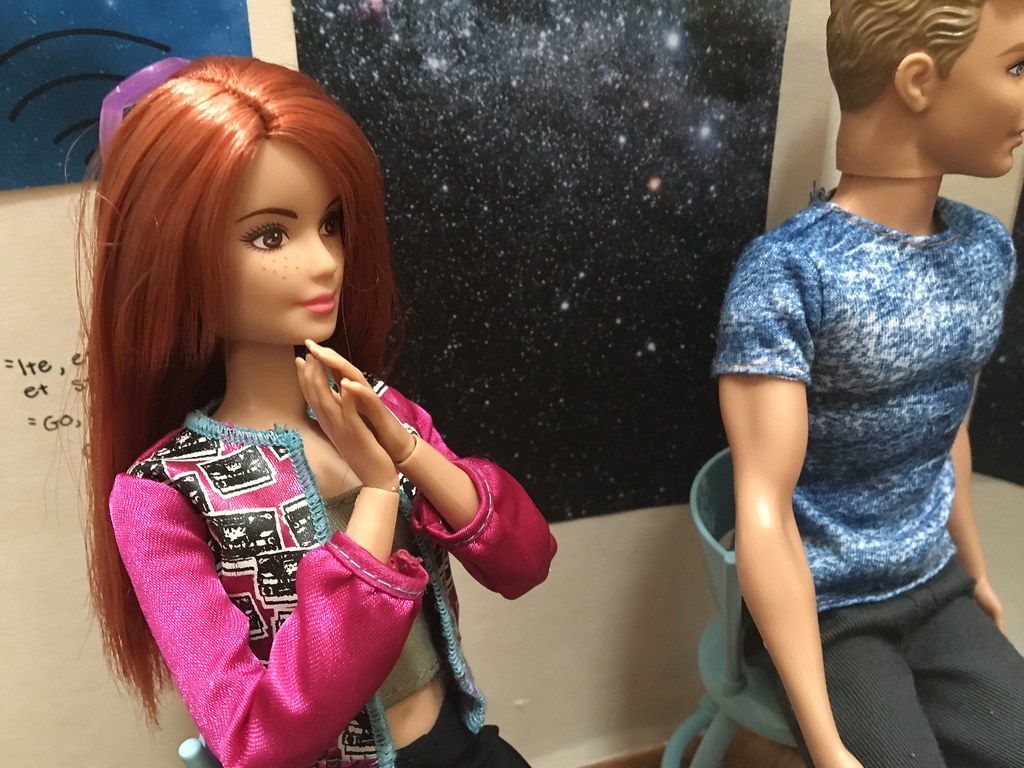 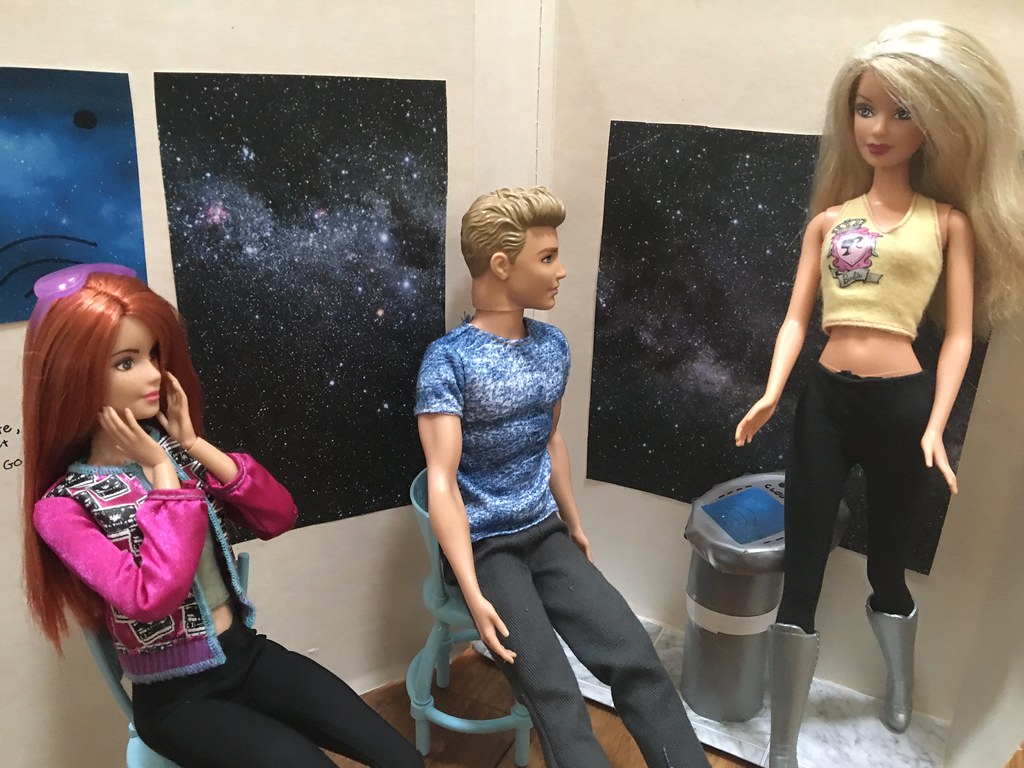 Aimee blushes. She didn’t expect Zapp to do that! “So… Does that mean I can come back? Retake the exam?” 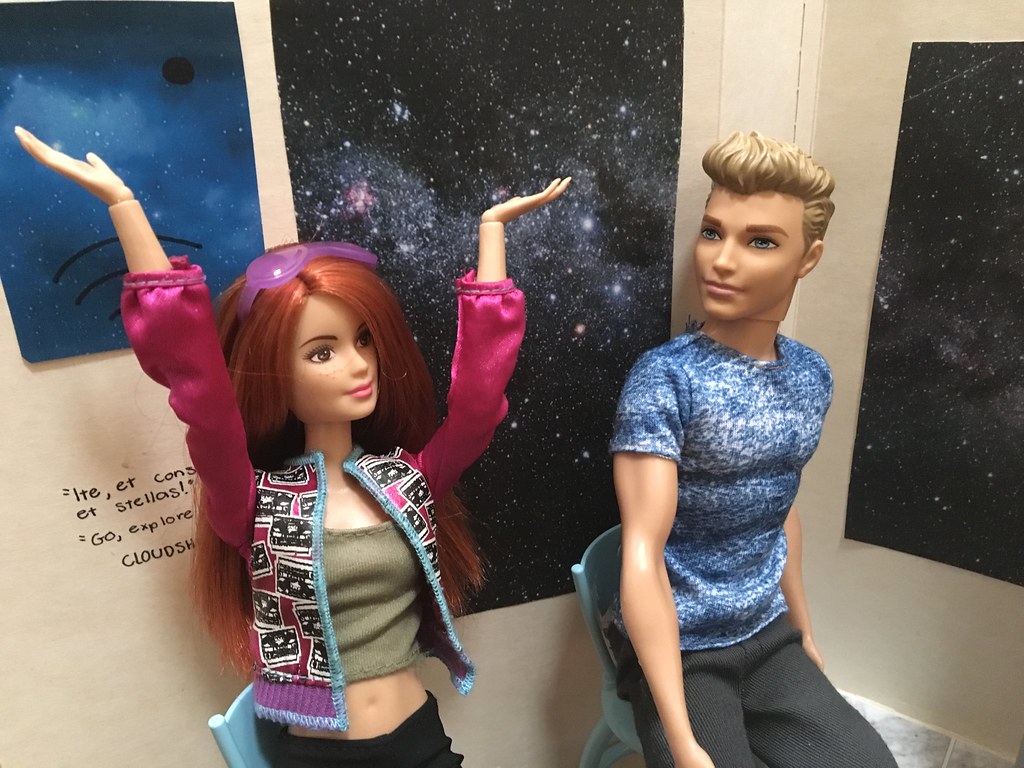 -Neko and Aimee confront Catrina about the rumours about Emily, Catrina denies starting them

One thought on “I Won’t Let You Down (photostory)”