I’ve decided to kick Jewel out of the main group, so she’s headed back to New York City! I also wanted to sort things out with Neko and Aimee, so you’ll find out about that later on. 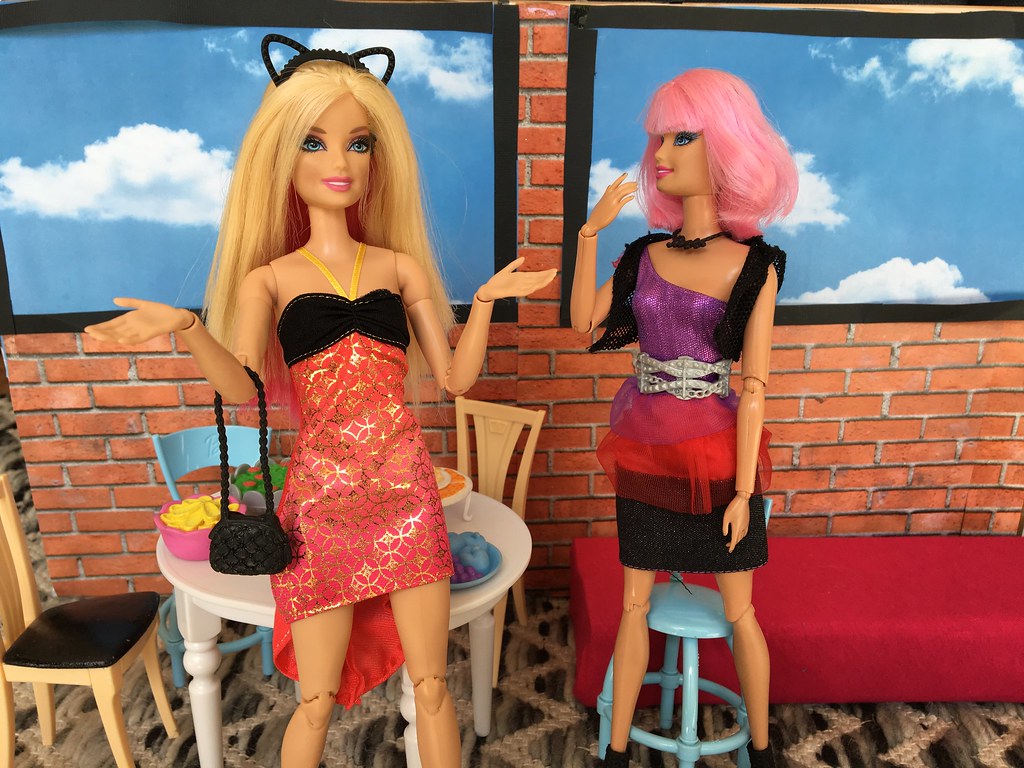 “Ta da!” Barbie has proudly organised Jewel’s going-away party all by herself.

“Wow, Barbie, the place looks amazing!’ Jewel gushes. She is moving away to Manhatten in time for the new school year. 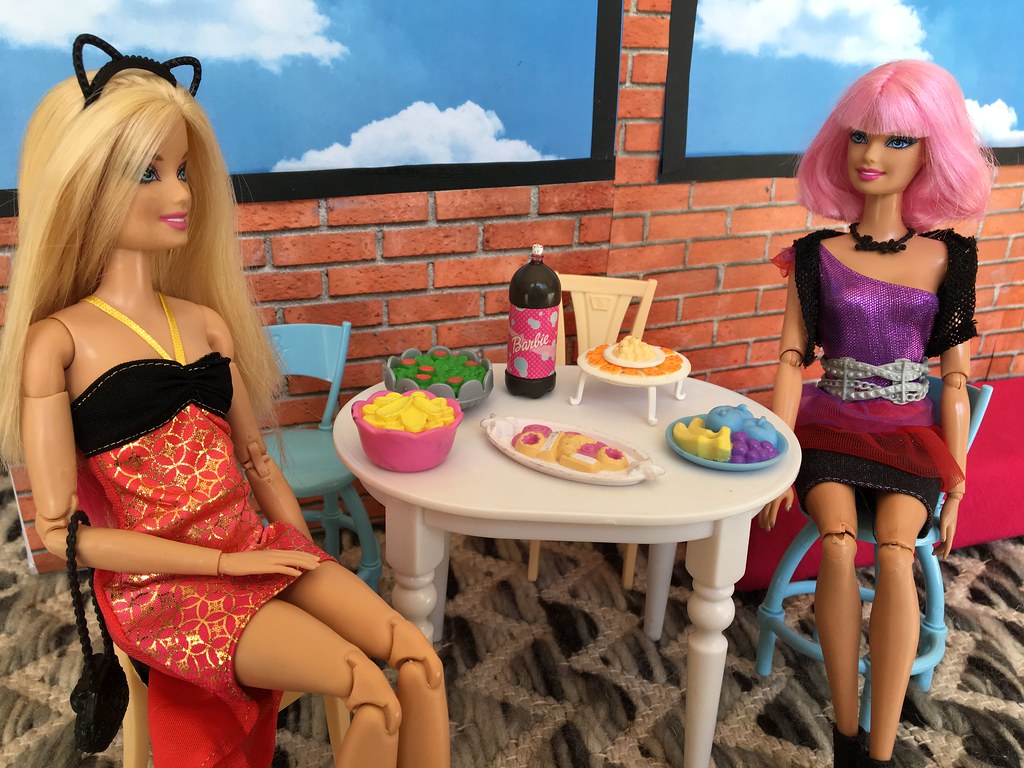 They sit down to eat and chat while they wait for the others to arrive. Barbie has only invited Jewel’s best friends, so the group will be nice and small. 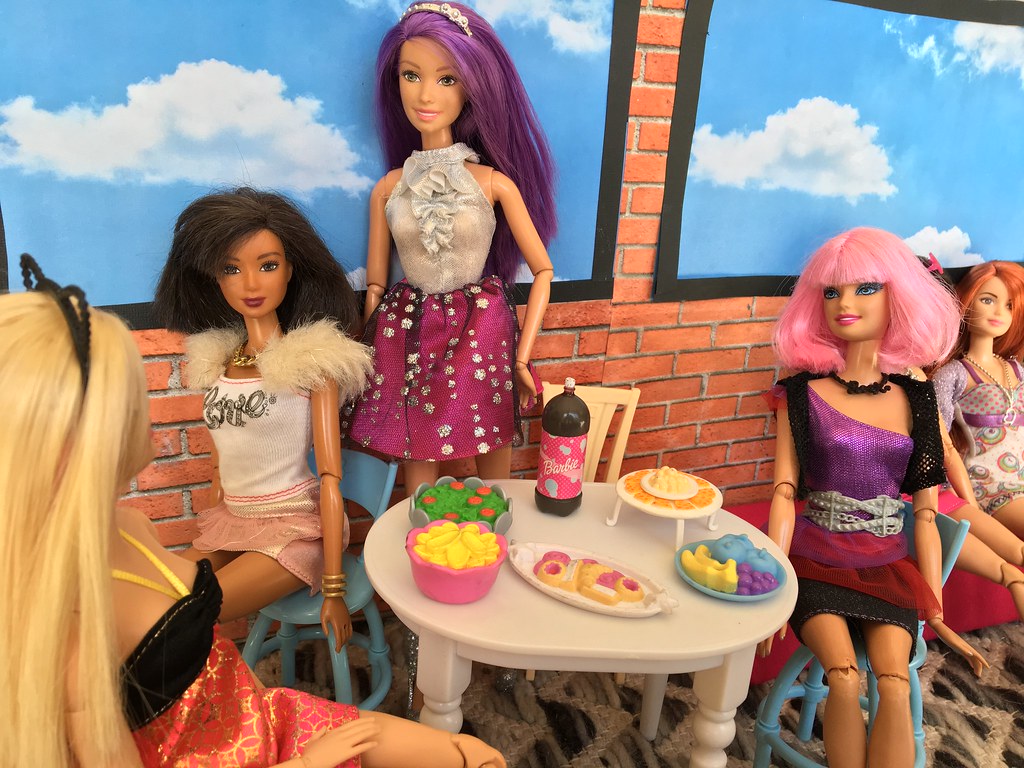 It doesn’t take long for everyone to arrive! 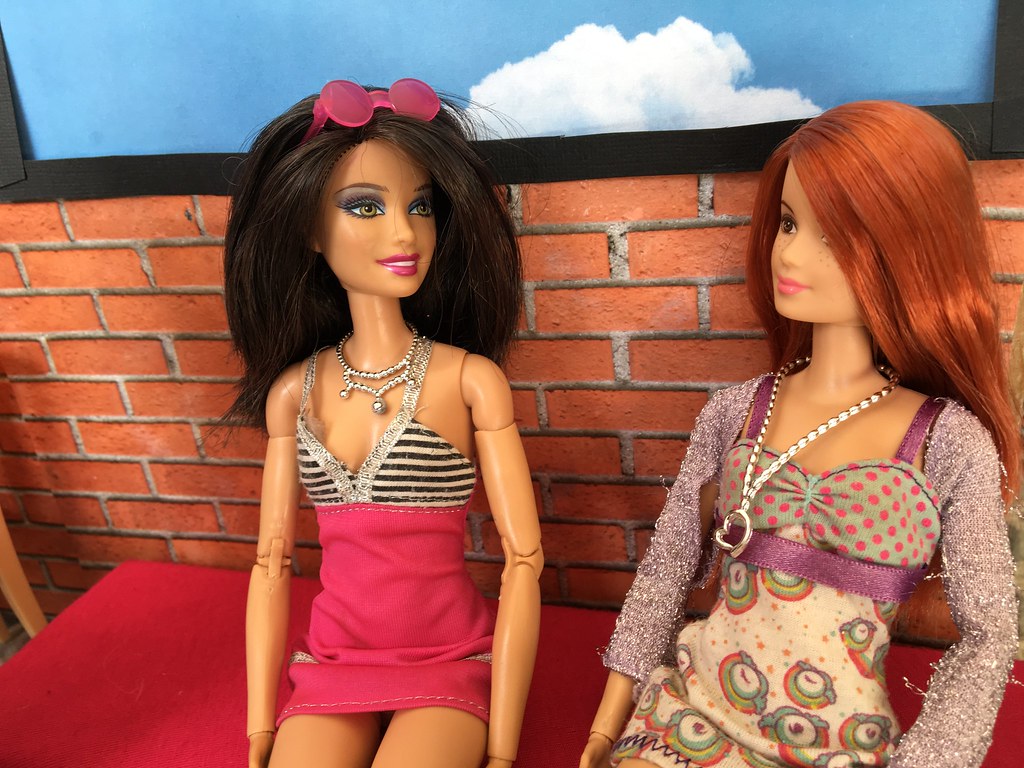 “Aimee, what the heck is happening?” Imogen asks. Aimee isn’t sure what she is talking about. “With you and Zia. Are you dating or what? What happened to Neko?”

“Ugh.” Aimee groans. “Zia tricked me, to try and get famous, I guess. Don’t believe anything you read!” 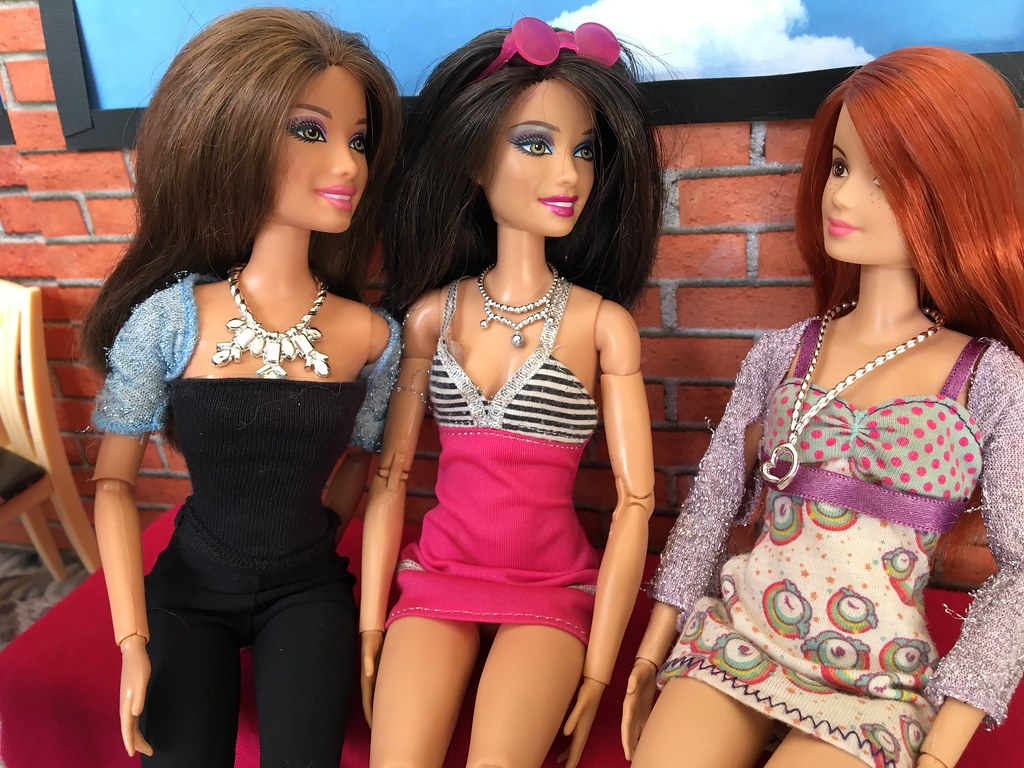 Holly joins in the conversation. “What, so what’s happening? I’m confused. Are you dating Zia or Neko?” 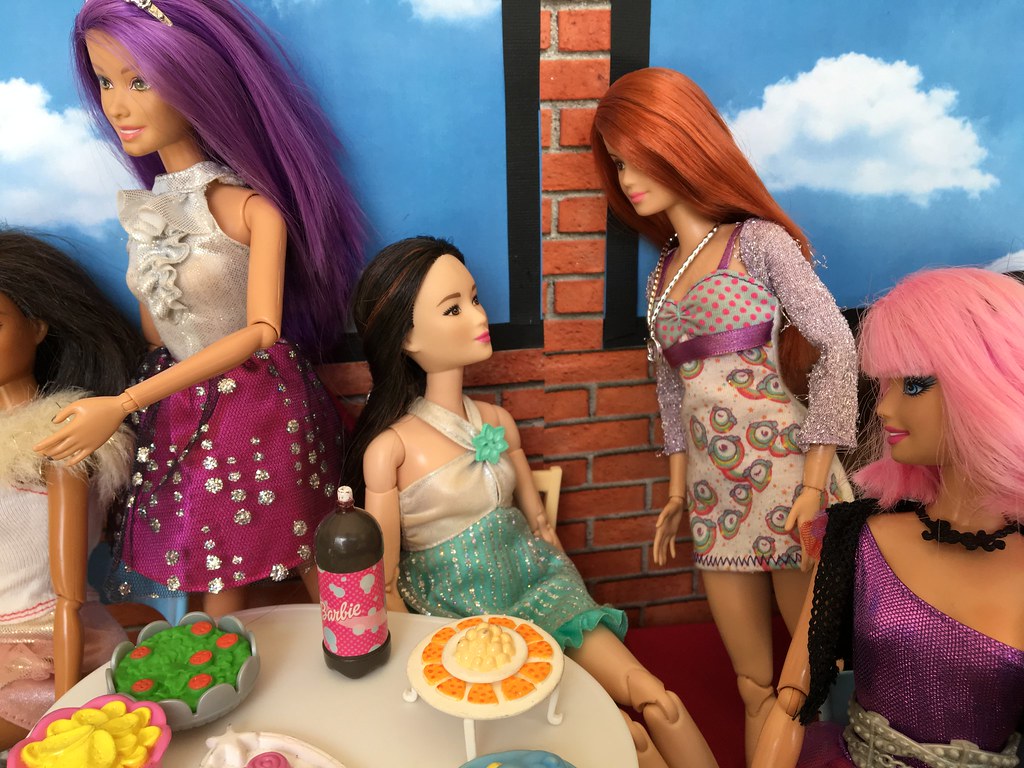 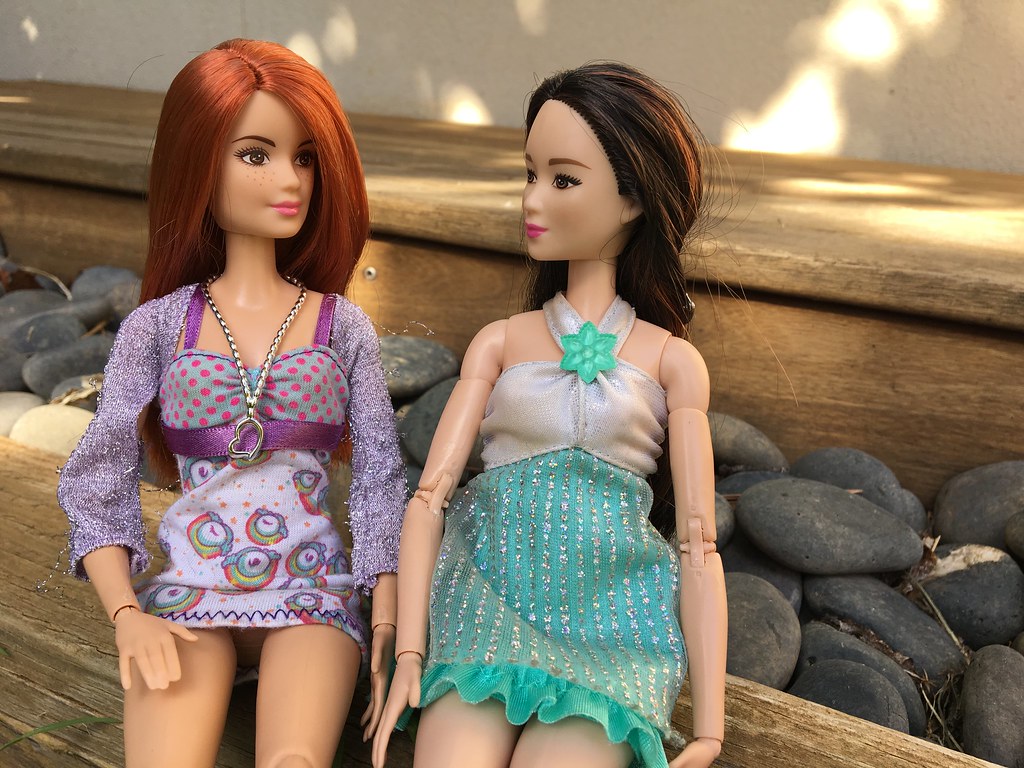 Aimee takes a deep breath before beginning. “I know you don’t believe me, but hear me out. I really like you, and I promise, I promise, I never did anything with Zia. It was just one photo.”

Neko thinks for a moment before replying. “I guess, I did kind of overreact. I know you’re famous, and I know this is the kind of stuff that comes along with dating a famous person… But it’s just, when I was with Erika, she was always off on tour, doing photoshoots, accepting awards, playing concerts… I never got time with her, and then she left me. I don’t want that to happen with us.” 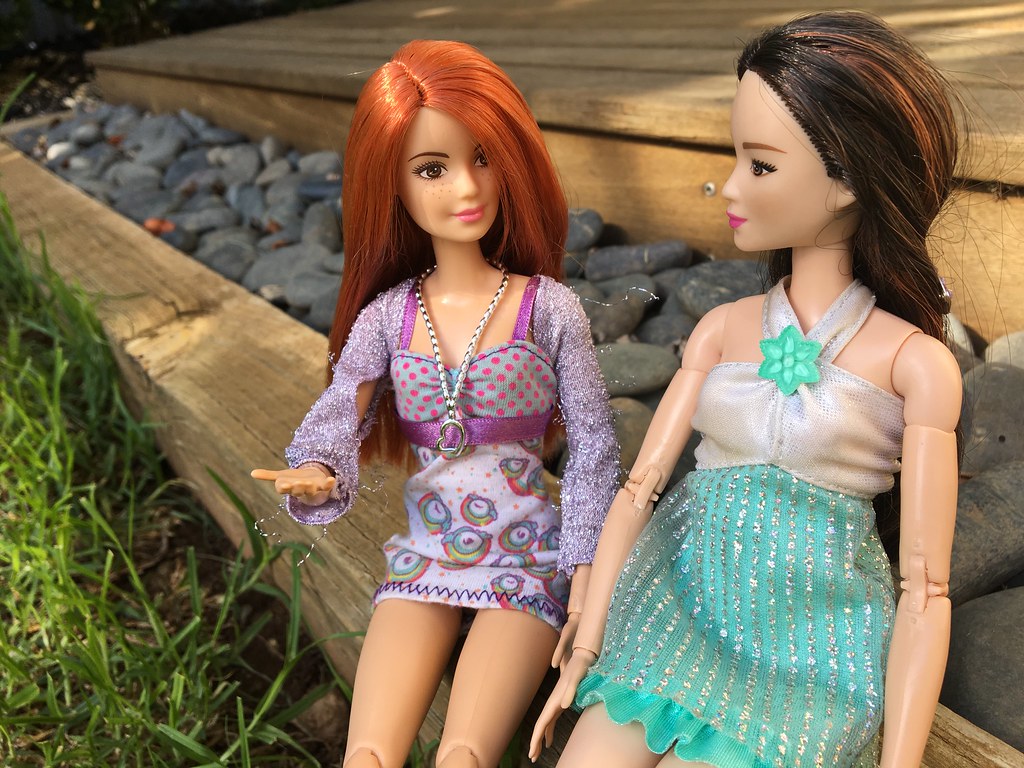 “Okay.” Aimee says. Suddenly everything makes a lot more sense. “But you have to understand this -I am not Erika, and I’m not going to do what Erika did. I need to be able to do my own thing.” 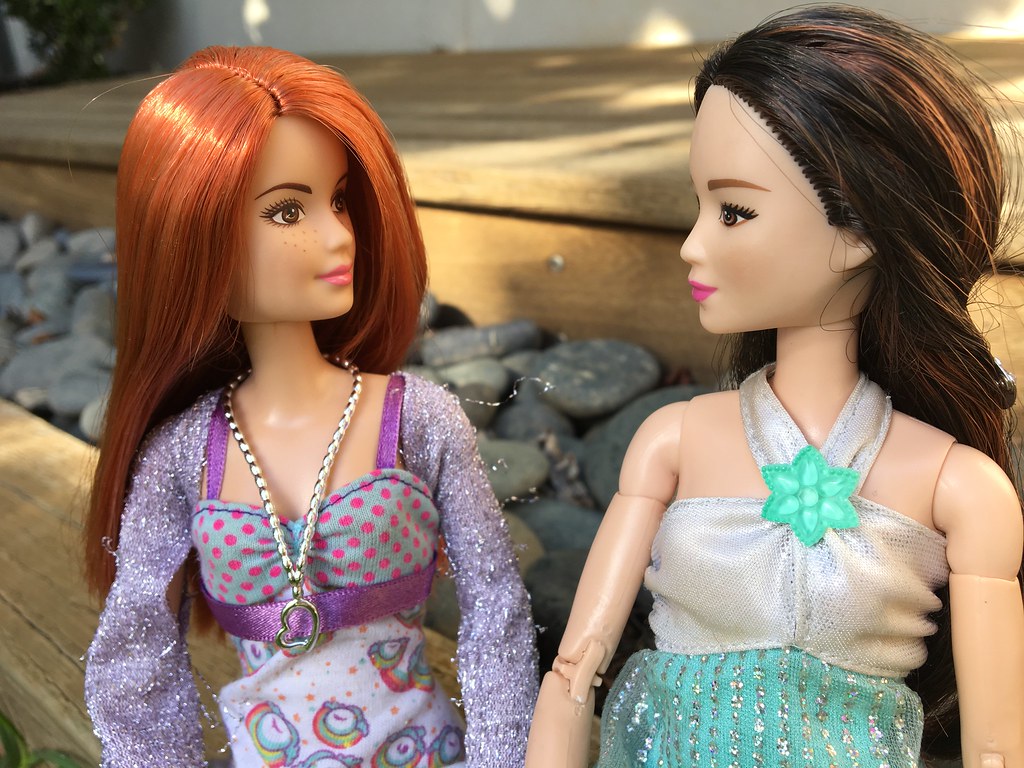 Neko smiles. “Okay. Sorry for being clingy, and sorry for overreacting. I should have believed you. Let’s just move on.”

“Yeah.” Aimee agrees. They head back to the party, where Barbie has stolen all the attention. 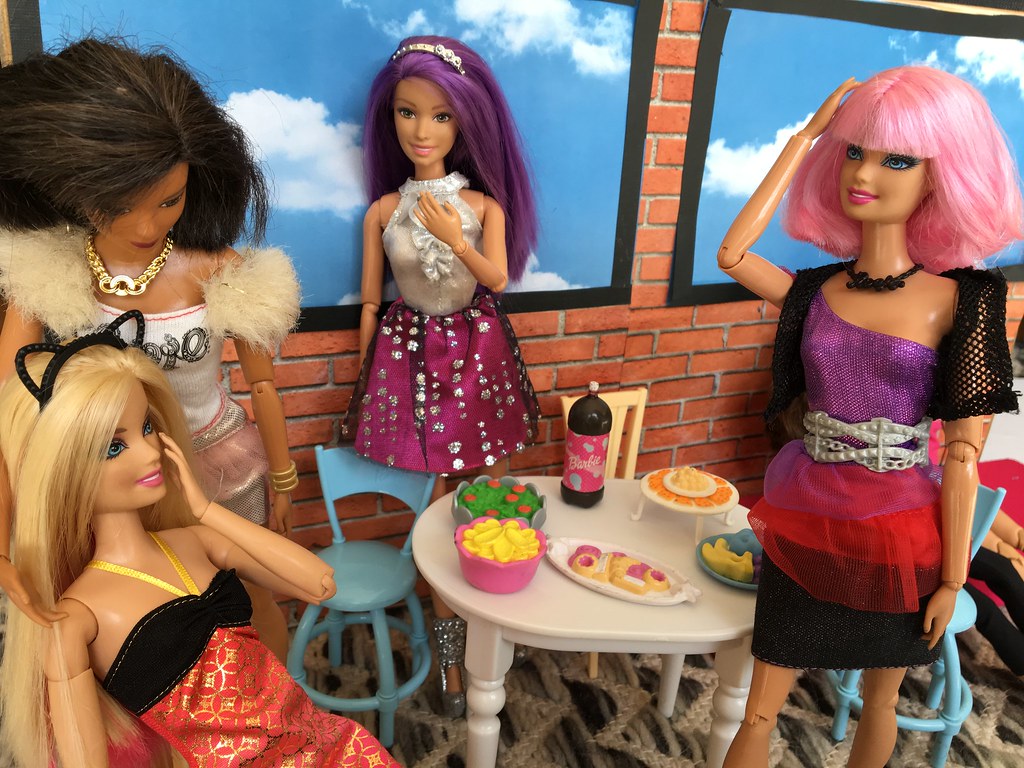 “It’s just… I’m going to miss you SO MUCH!” Barbie blubbers, tears rolling down her face dramatically. Kayla tries to comfort her, while Danika stands by, slightly amused.

Jewel scratches her head, a bit confused. “Barbie, we’re meeting up in Manhattan in one week. I’m seeing you on Saturday! Calm down!”

I’ve decided that I’ve had enough of Jewel’s character. She’s difficult to photograph, and she doesn’t have much of a personality. Her only role in the photostory is ‘Zapp’s angry ex.’ So off she goes! I’m glad I’m finally cutting down on the main characters, because who has ten best friends?? 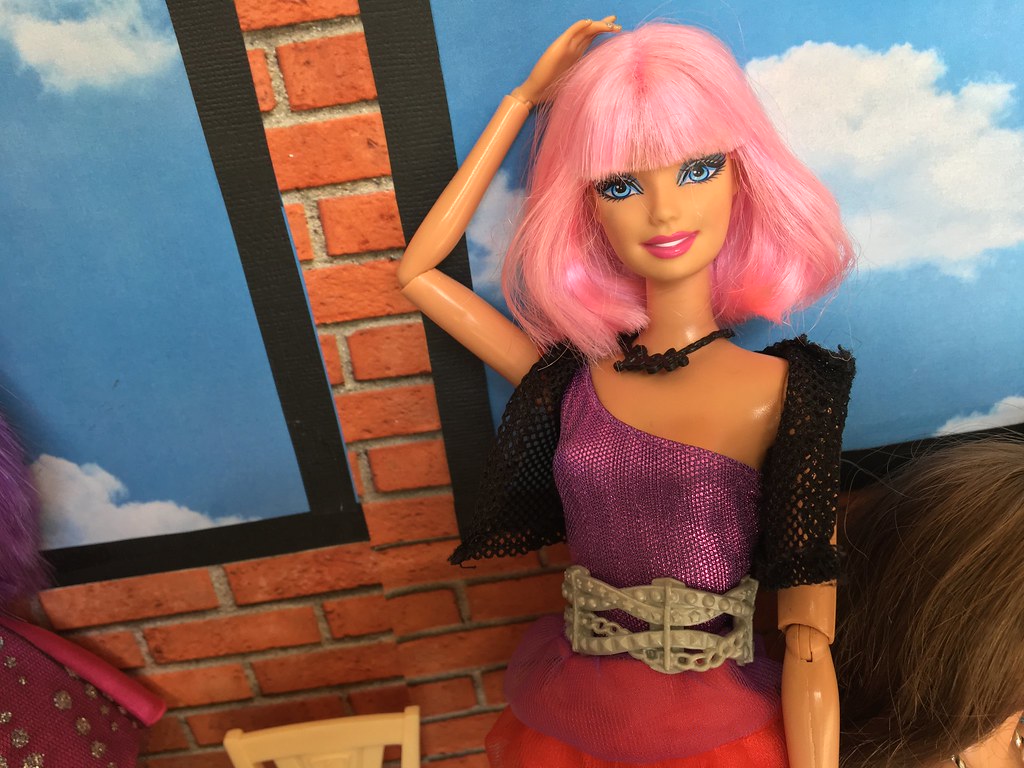 I’m not getting rid of the doll or anything, so she might come back later. She’s just going into storage. 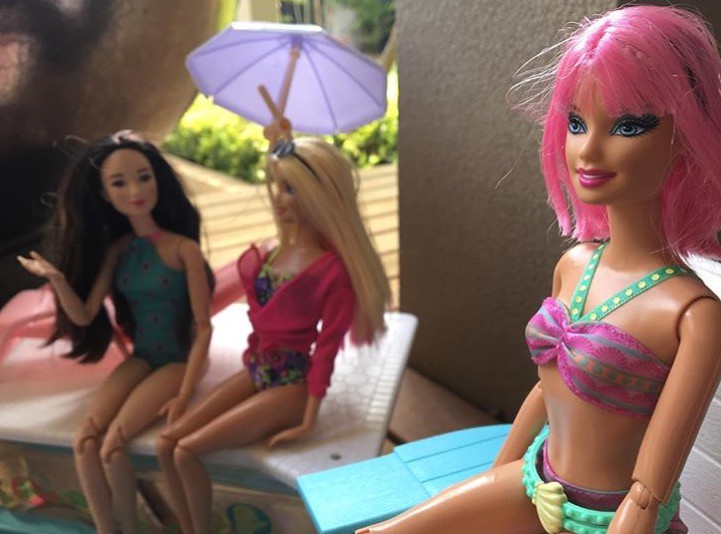 Here’s one of my favourite photos with Jewel -I was trying to photograph a beach scene (I don’t think I ever published this one), and a gust of wind blew Jewel face-down into the water! 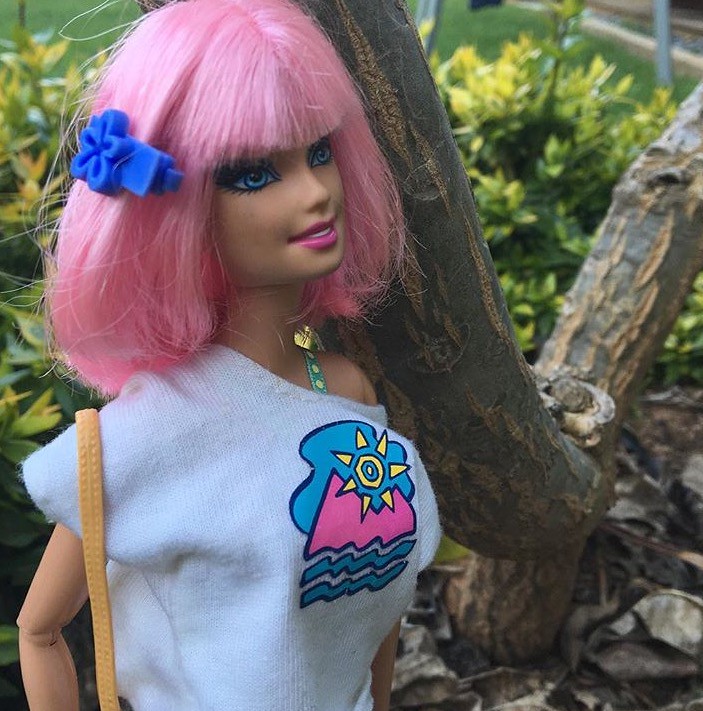 This is another favourite, when I did a photoshoot outside. I remember taking one billion photos of Jewel and this is the only one I got right. 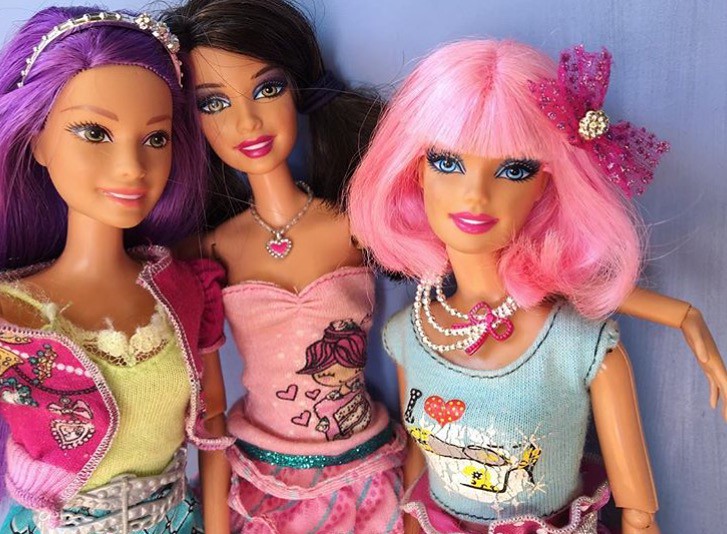 And finally, here’s a shot of Jewel with Danika and Imogen, when I did a photoshoot for the 2011 Sweetie Fashion Pack.

See you around, Jewel!