When I picked up Ashlyn Ella from Big W, I also picked up a Fashion Pack for $9. This irritates me because I literally I JUST bought two single dress and accessory packs for $8 each from Target, and now I got 4 outfits and accessories for $9?? I feel so cheated.

I was surprised they were $9, my last fashion pack cost me $20, and that had the same amount of items. Perhaps it was a mistake? If so, looks like I’m the winner here! 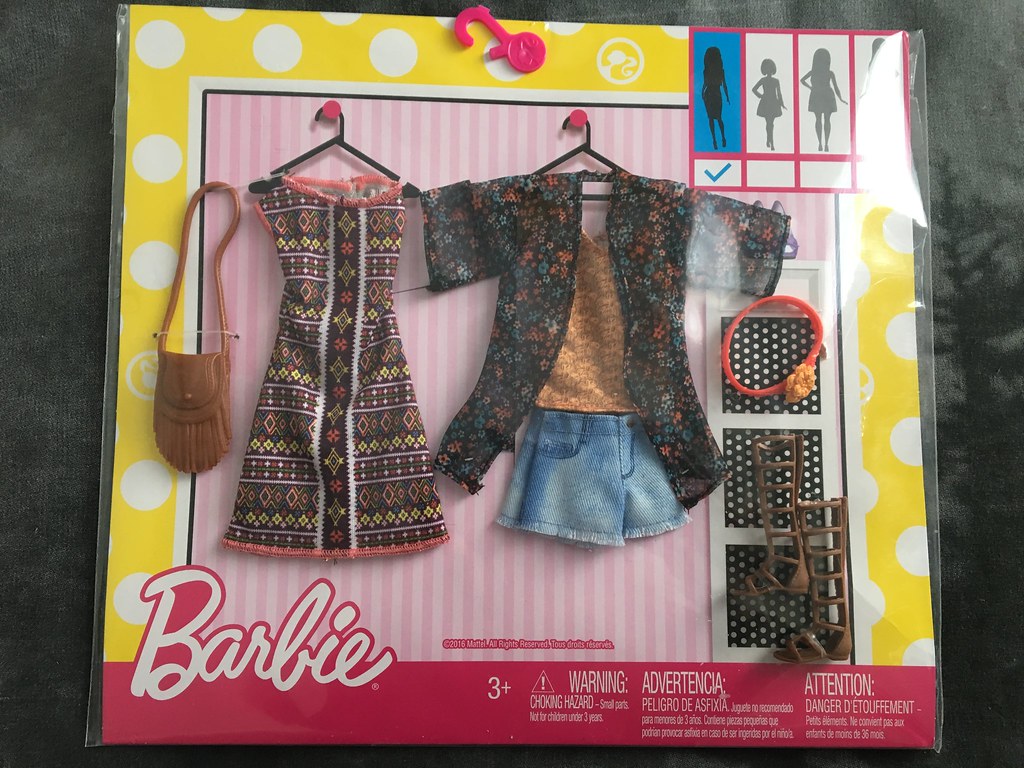 The packaging is incredibly dull, looks like somebody designed this in half an hour. Lucky for me, it’s meant for original body dolls, so I don’t have to deal with the “excess material around the stomach” problem.

There were 2 other variations in store, but both were just dresses, and I picked this one because it had shorts, a shirt and a jacket, as well as a dress. The more pieces, the better! 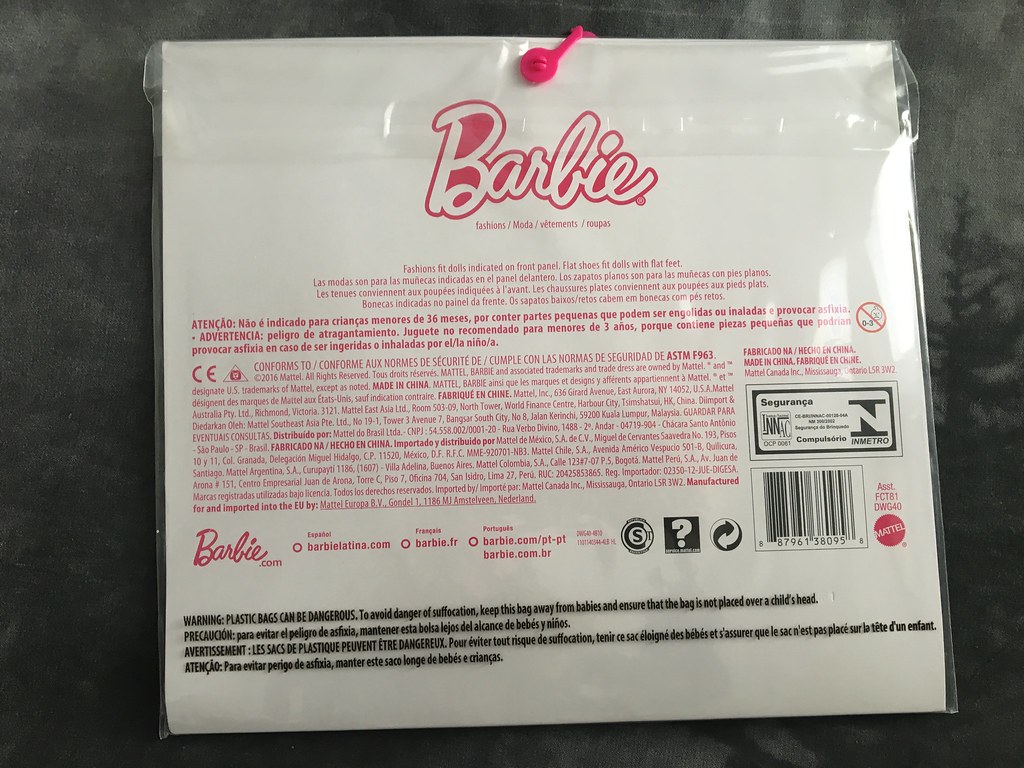 The back of the box is very plain, too. I wish they at least added photos of the other options available.

Our models today will be Edeline from Barbie and the Twelve Dancing Princesses and the Fairy Queen from Swan Lake. I took way too many photos of Edeline because she’s just TOO PRETTY, so don’t mind that. 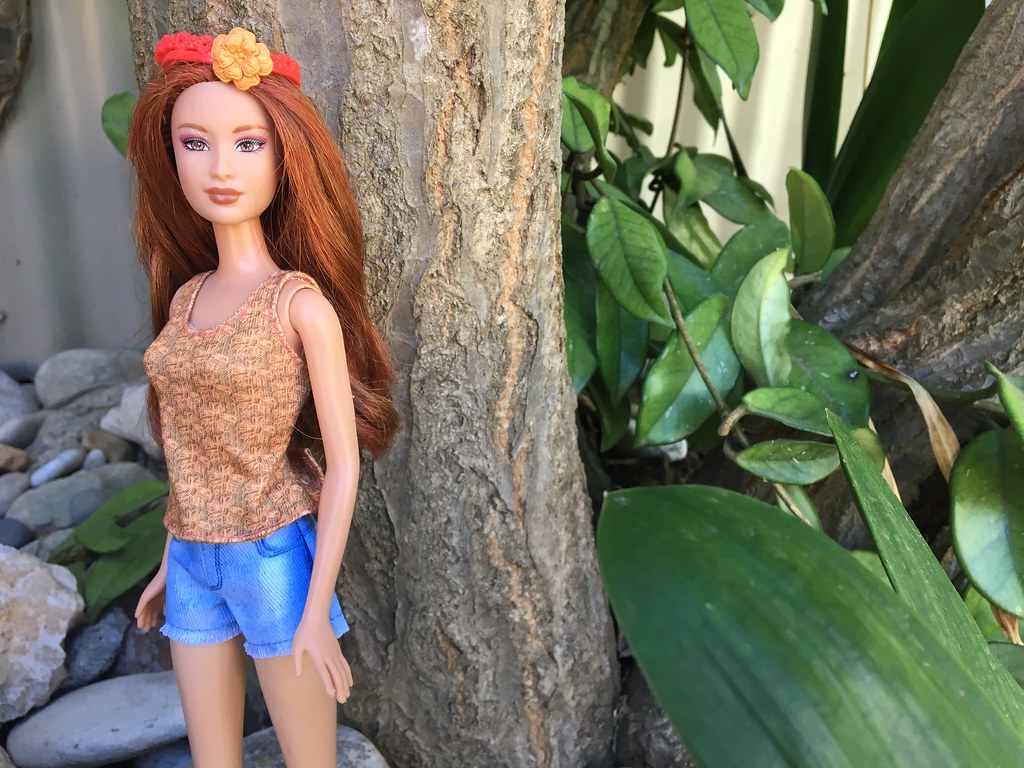 As you can see, the crown doesn’t fit at all! Other than that, I think this outfit is really cute.

PSA: Those shorts were killer to get on; I literally thought ‘oh no! I purchased petite clothes by mistake!’ and had to check the box to confirm they were actually meant for standard Barbies. I don’t think they even closed at the back. 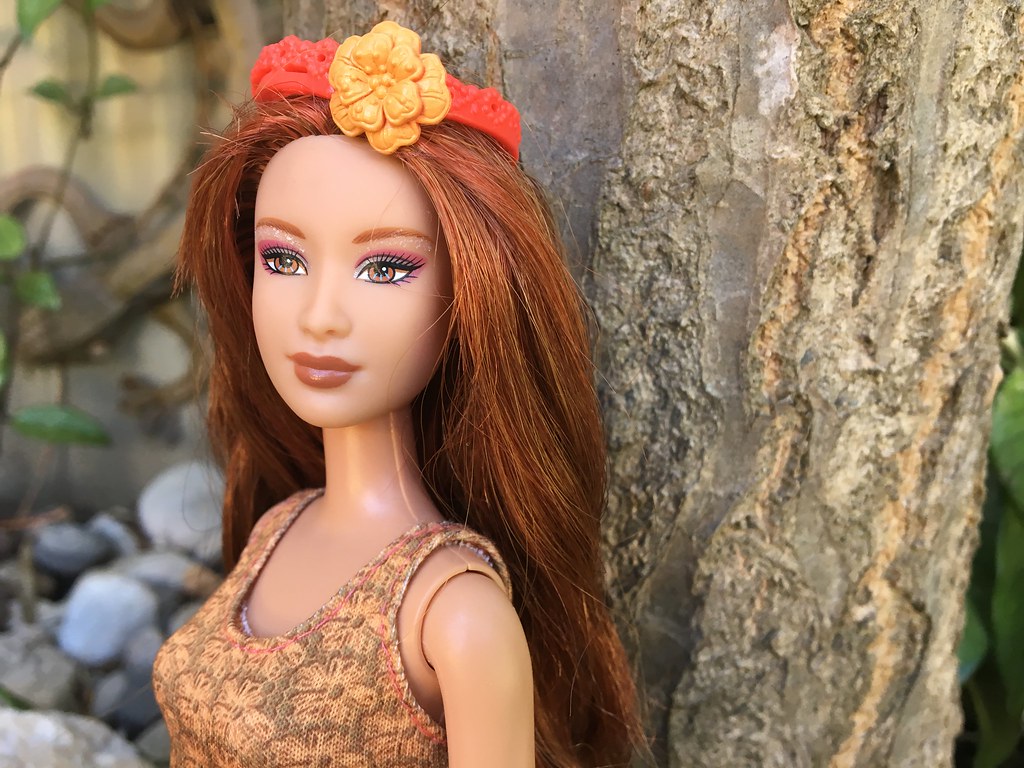 As you can see, the headband is just sitting there, on top of her head. It’s a shame, because it’s really sweet. Maybe it will fit Skipper or Stacie? 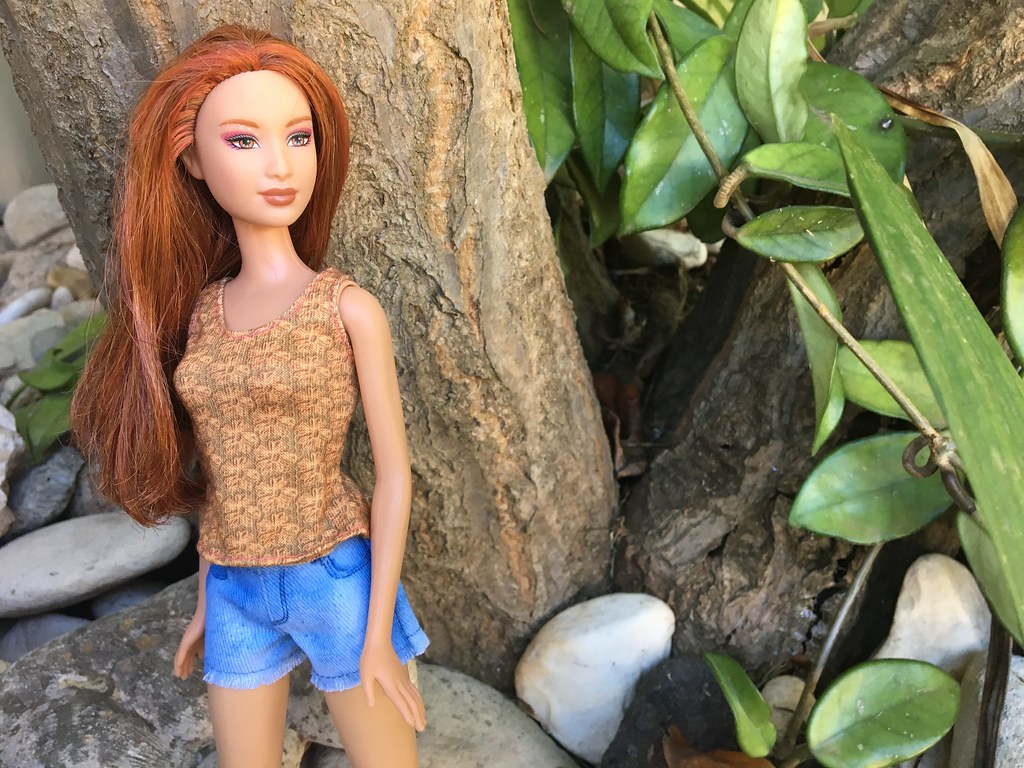 I would definitely wear this outfit IRL. It’s perfect for a summer day (unless you’re constantly cold like me and prefer to wear jeans in summer). 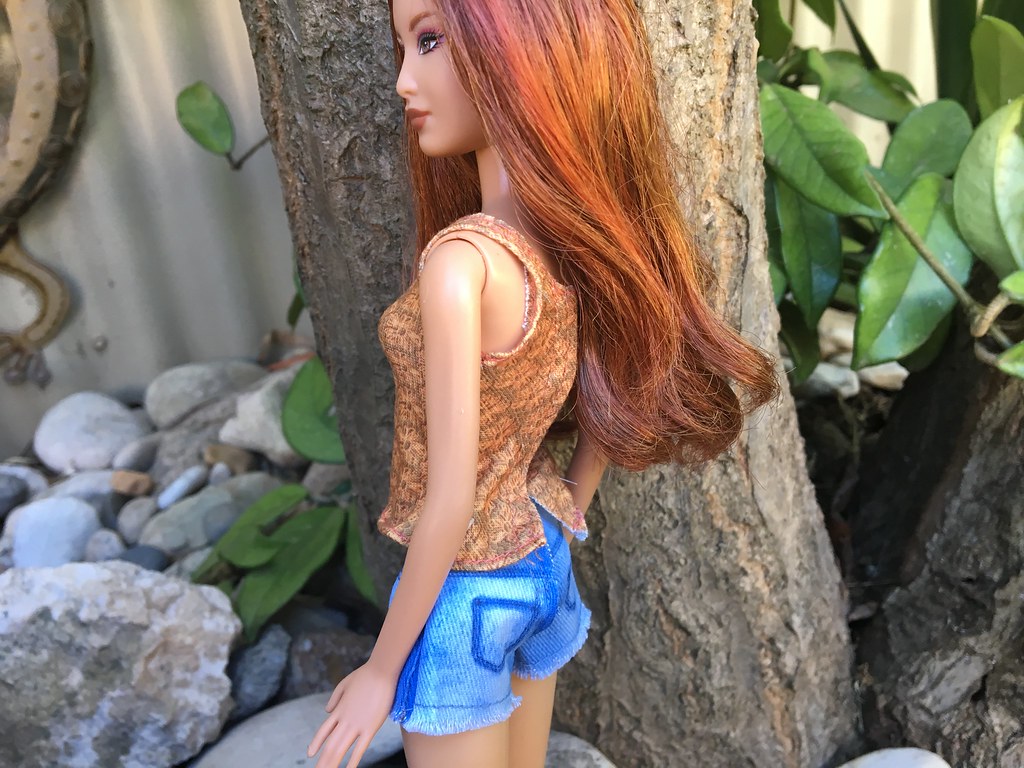 The pattern goes all the way around the back, and there’s even pockets on the backs of the shorts! The Velcro looks really strong, especially on the shirt. 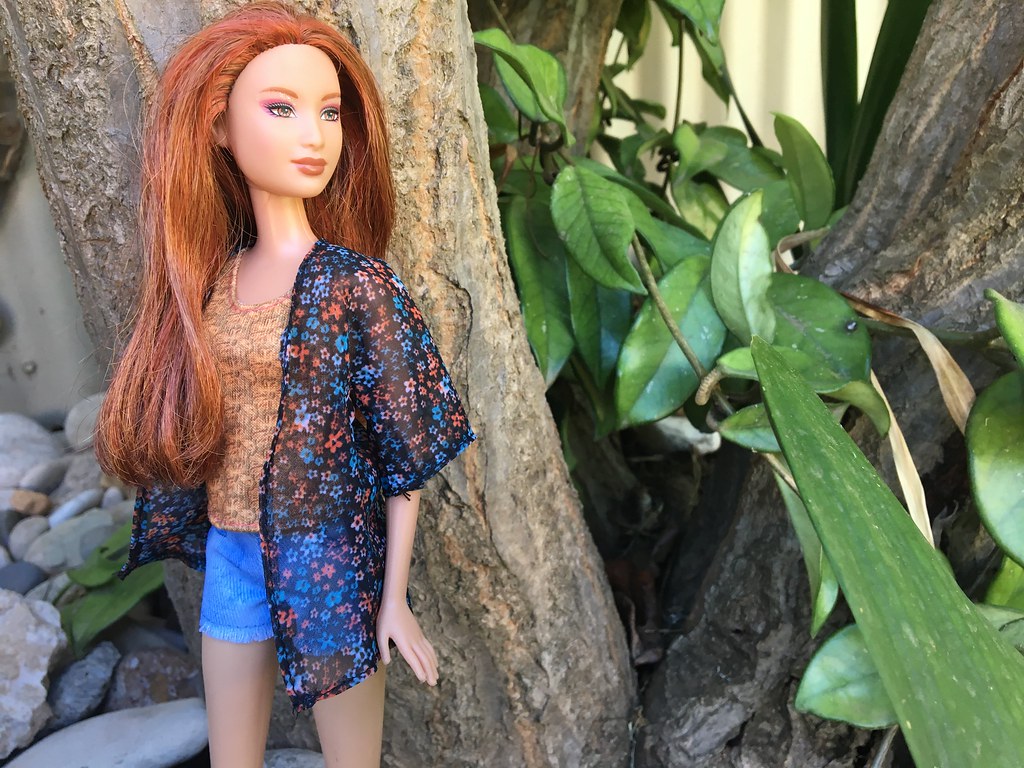 The jacket is made of really nice material, it’s very floaty and feels like a real jacket. I love the colours with the rest of the outfit, although I don’t have much else it’ll match. Oh well, it’s cute all the same. 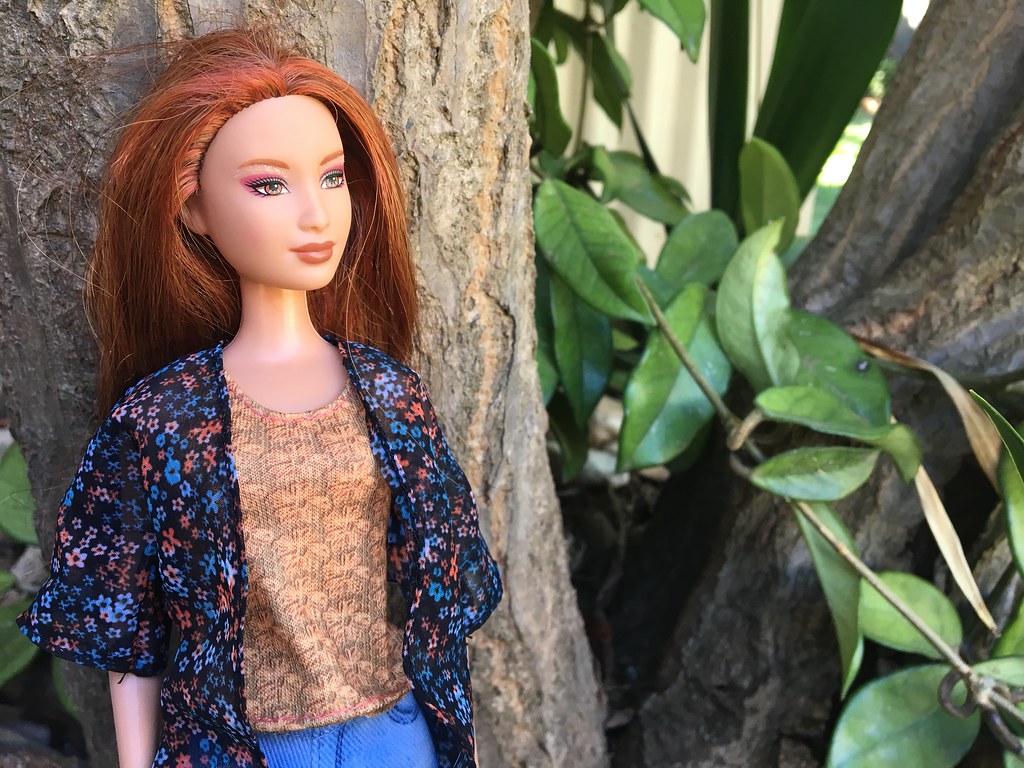 I would rather spend my money on doll clothes than human clothes, actually. 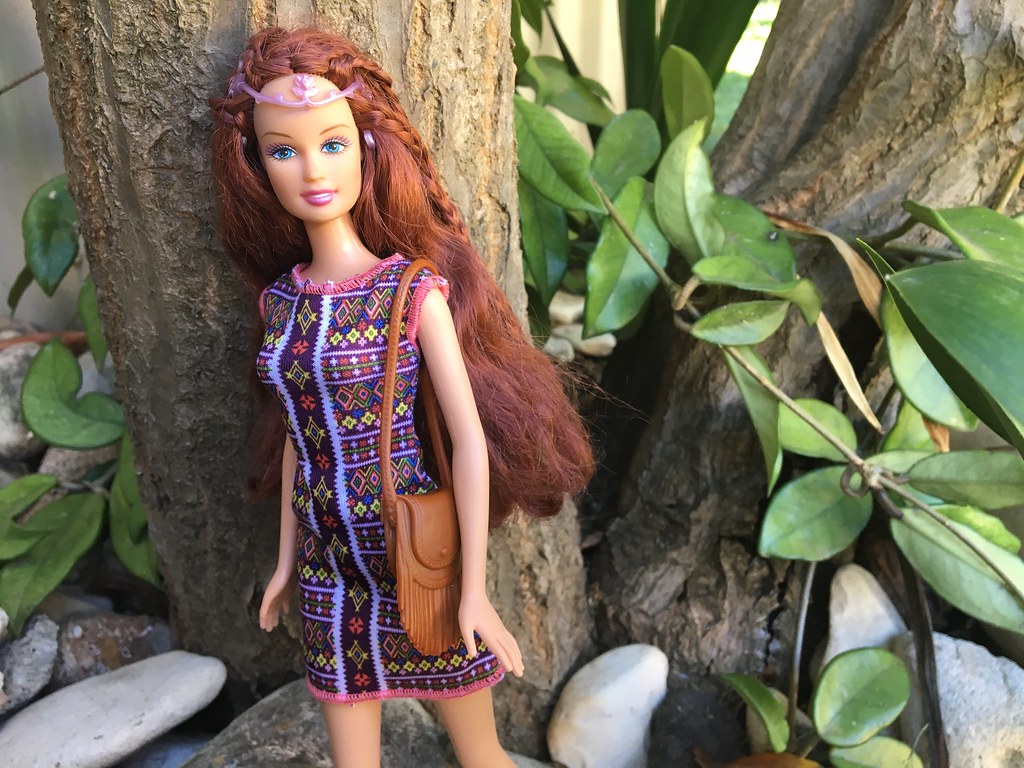 Here is the Fairy Queen modelling the dress. The pattern is lovely and I love casual dresses that my dolls can wear to school or just for hanging around. I didn’t take as many photos of this girl, because the Teresa facemould makes her look like she’s staring vacantly at the camera. In contrast, Edeline looks like she is contemplating something very important. 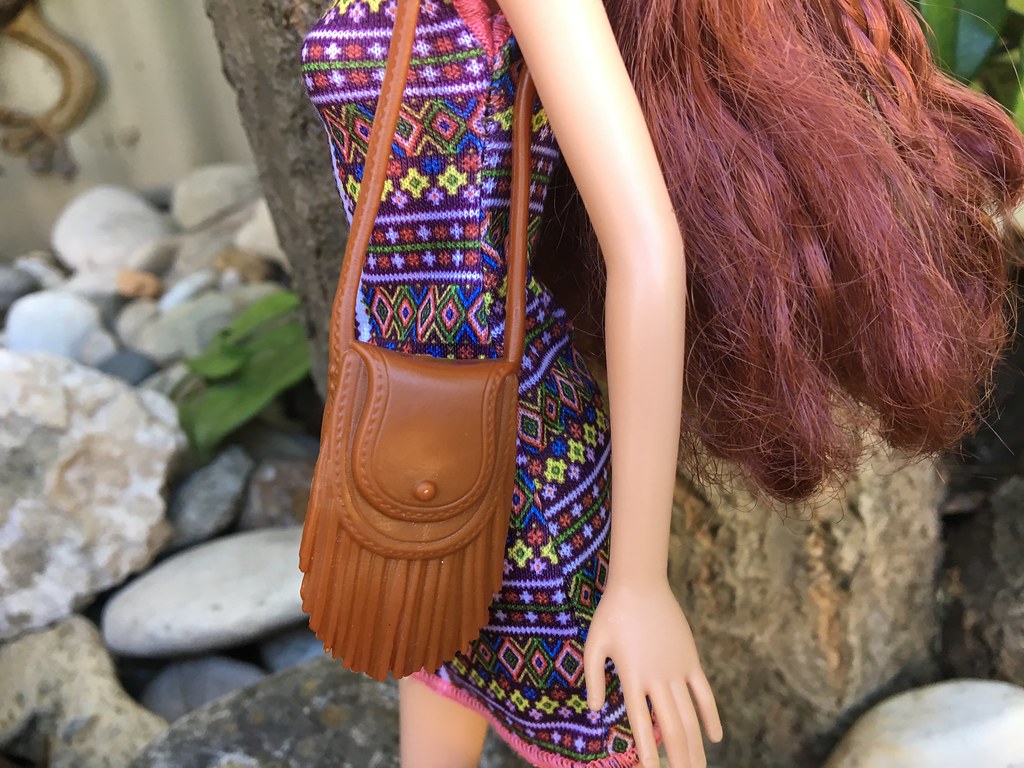 I love this brown bag, it’ll go perfectly with a lot of other outfits I have in mind. 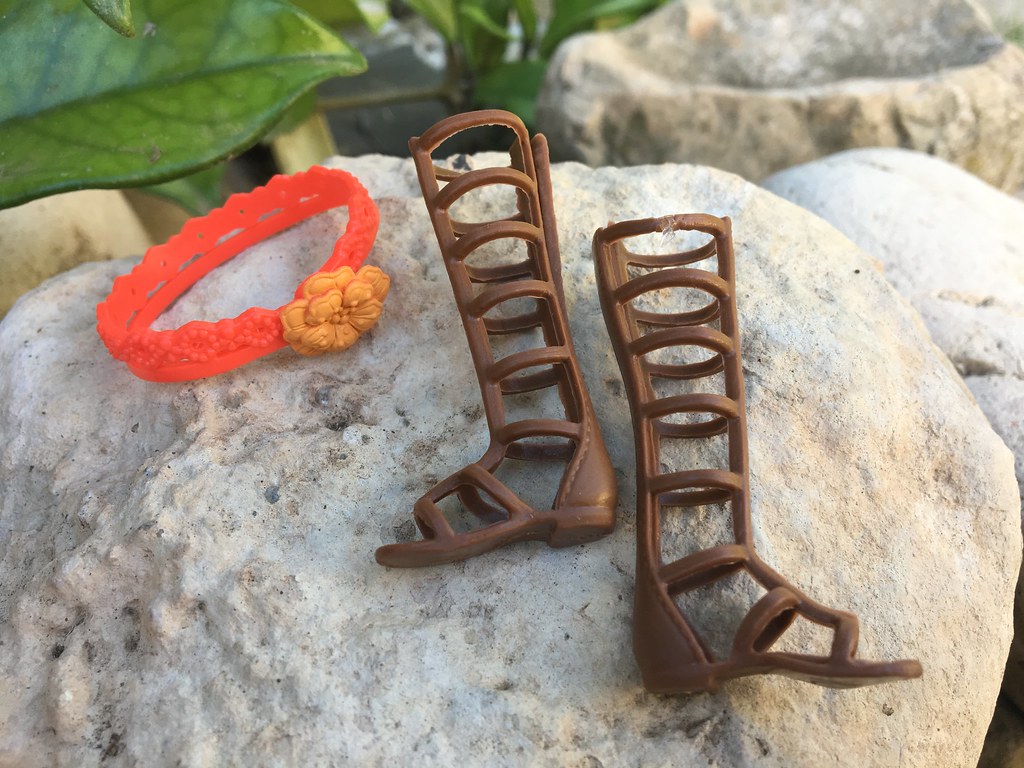 Because both girls have pointed toes, neither could wear these shoes. They’re just the same kind that came with my Barbie Style Resort “Grace” doll, but in brown, not white. 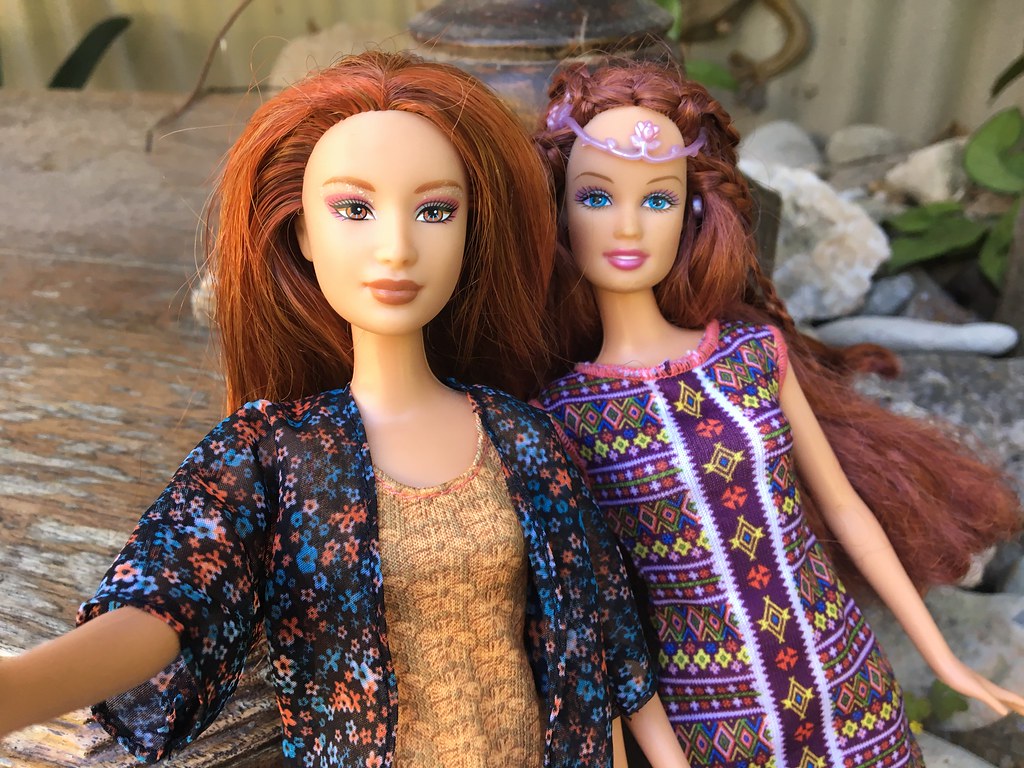 Originally, I was going to use Neko and Barbie to model these outfits, but then I decided to feature some other dolls that I don’t often use. I really think Edeline is so beautiful, I should take her off the display shelf more often. The Fairy Queen, on the other hand, will be going back inside the cupboard.