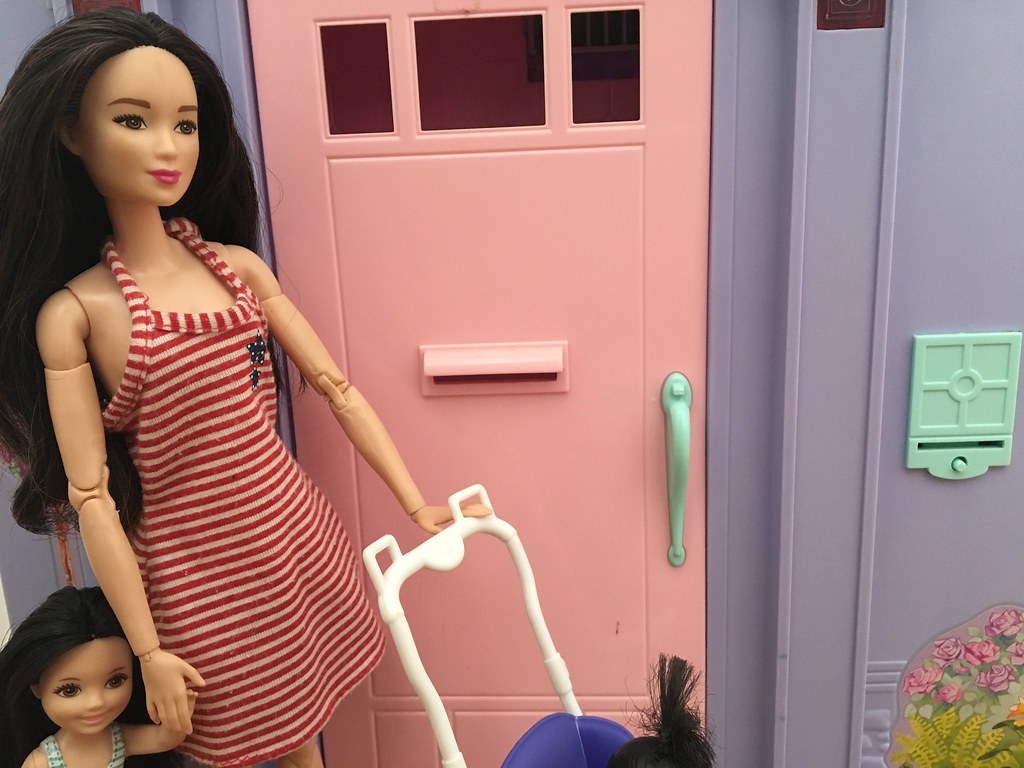 Neko has arrived with her sister Delia, and her niece Miyah. 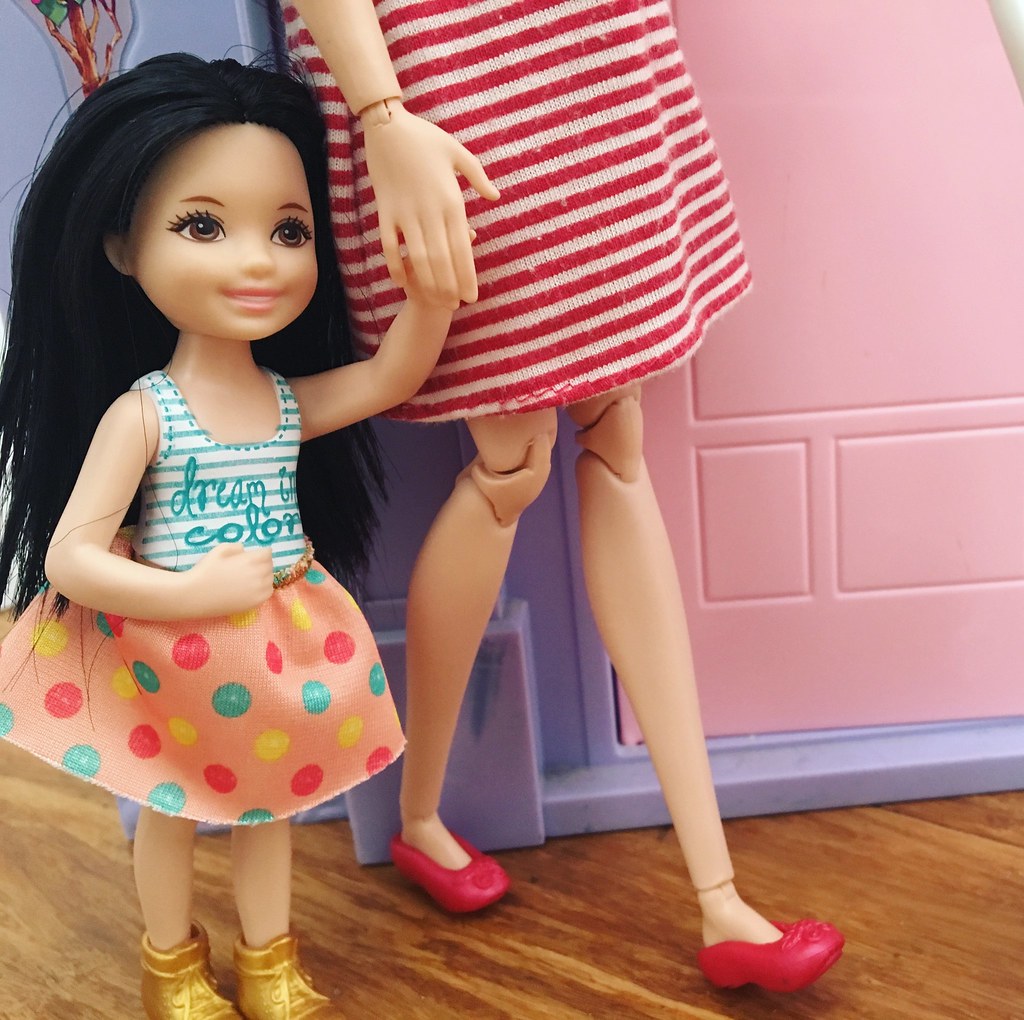 Excuse the squareness of this photo, it was for Instagram, but I decided to share here, too. 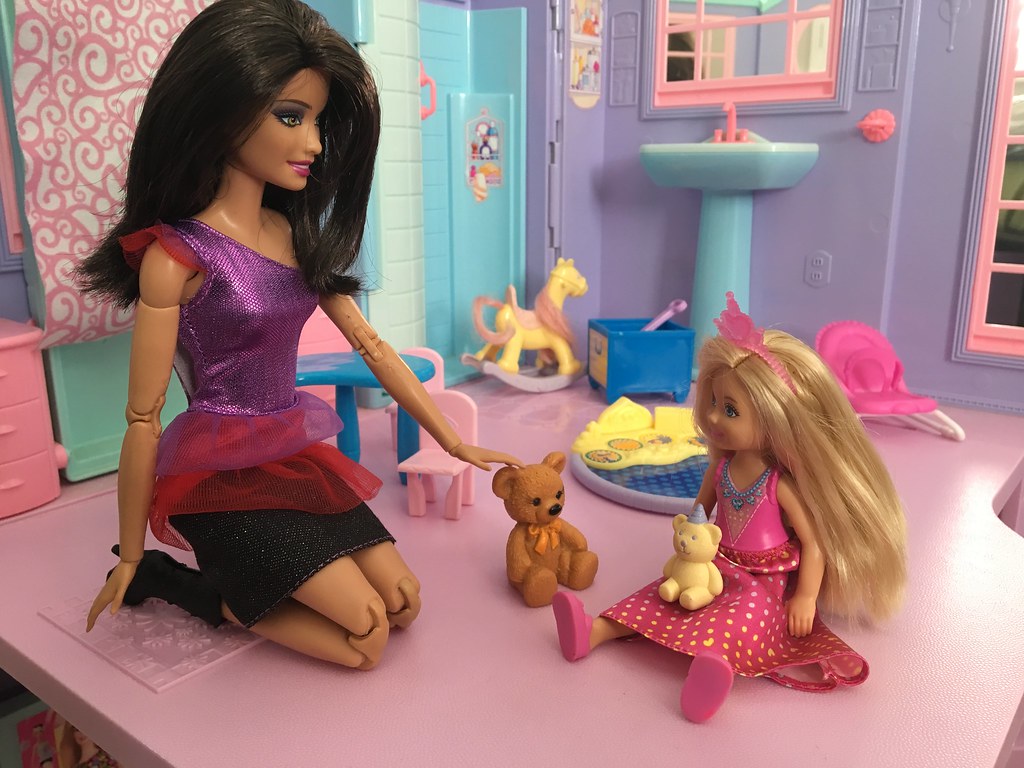 Chelsea is already here. Imogen pulled her bed up to the wall and covered it in a blanket, so the children would have more room to play. 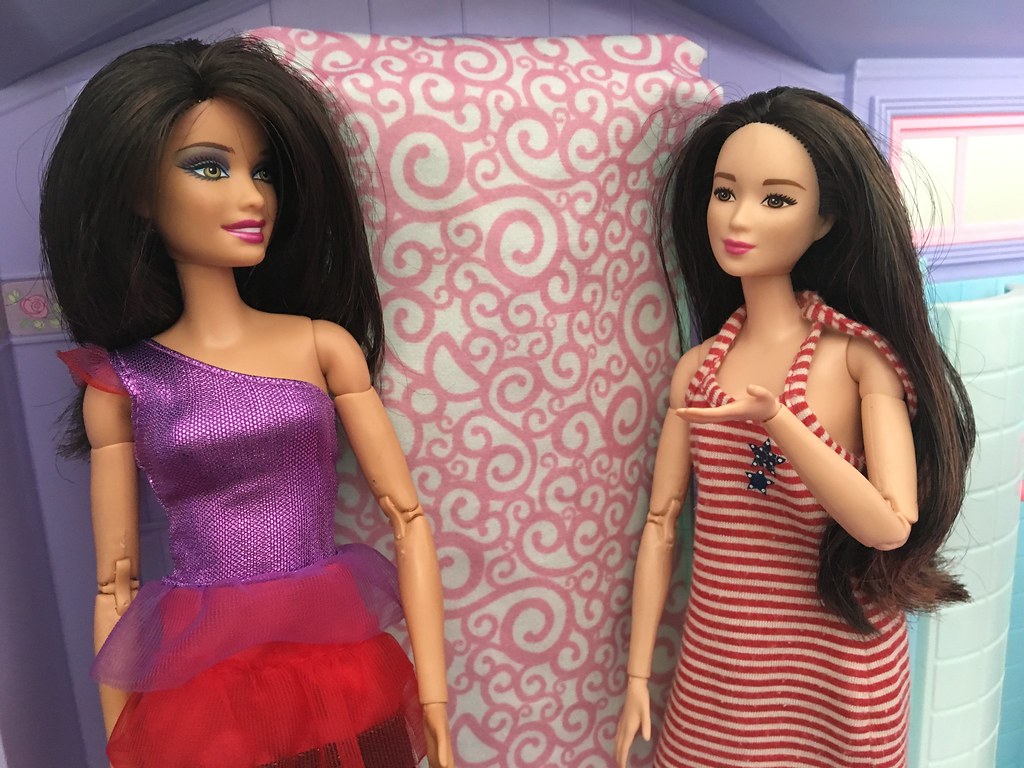 “Wow, Imogen!” Neko says. “This place is amazing! I can’t believe you bought all this stuff!” 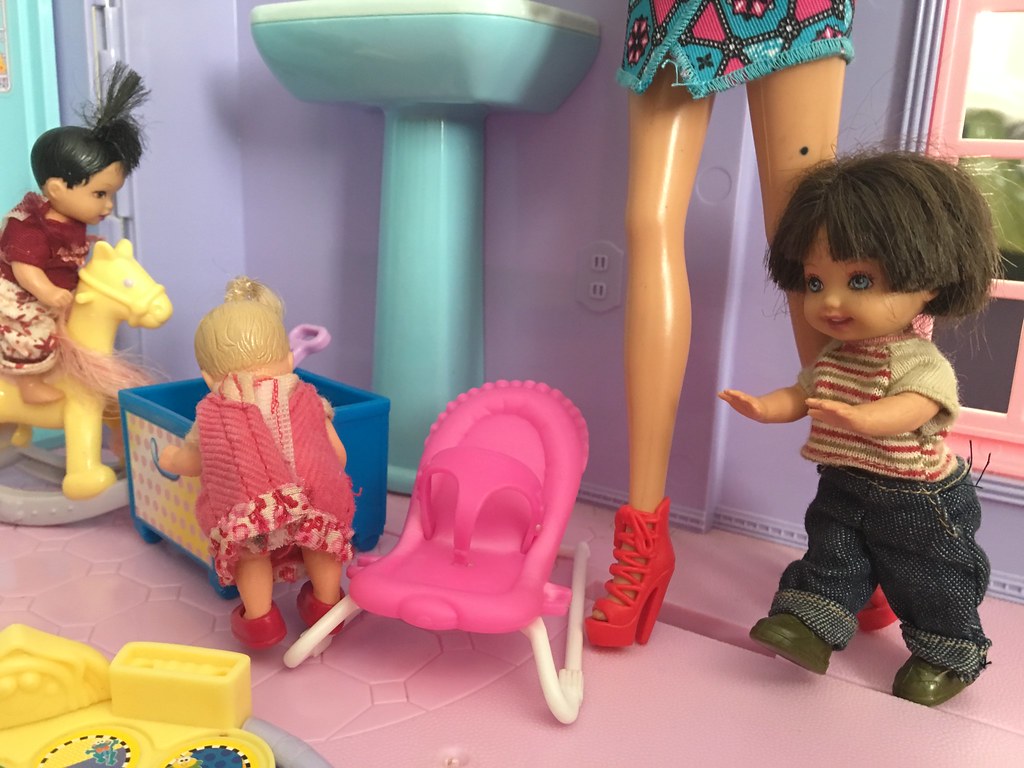 They are interrupted by Midge arriving with Ryan and Nikki. Both children make a beeline for the toy basket. 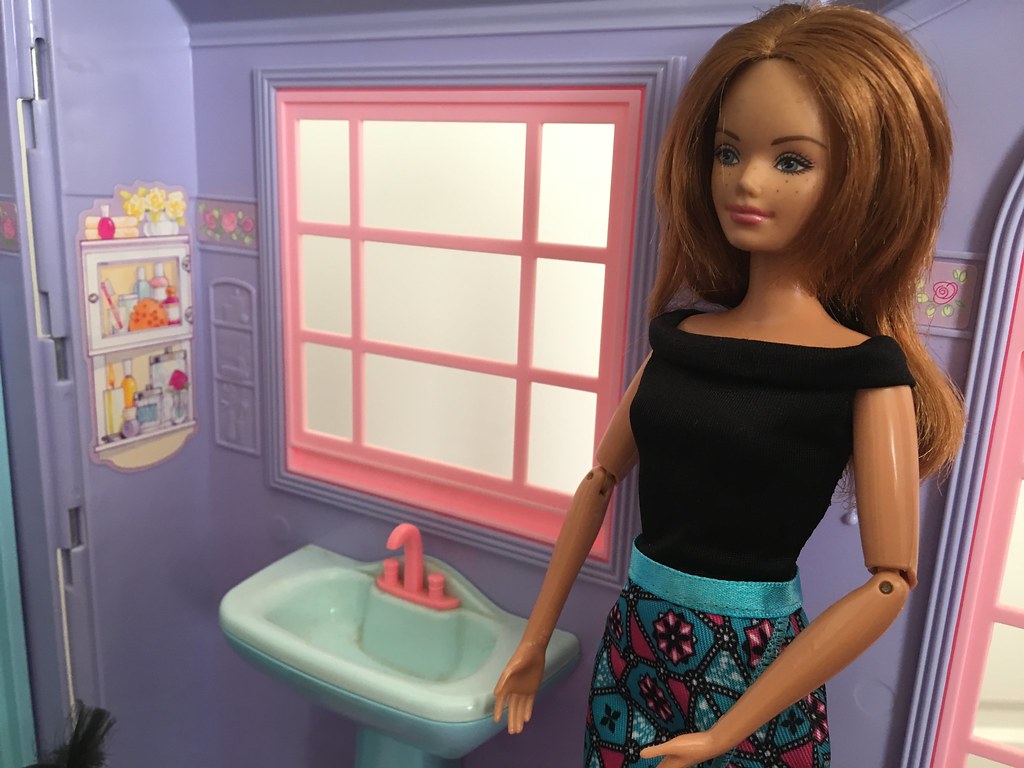 “Hi, Imogen. The place looks great! Sorry I can’t stay long, I’ve got a pile of things to do at home. But text me if there’s any problems and I’ll rush right over.”

“Thanks, Midge. I’m sure everything will be fine.”

Midge leaves as quickly as she came. 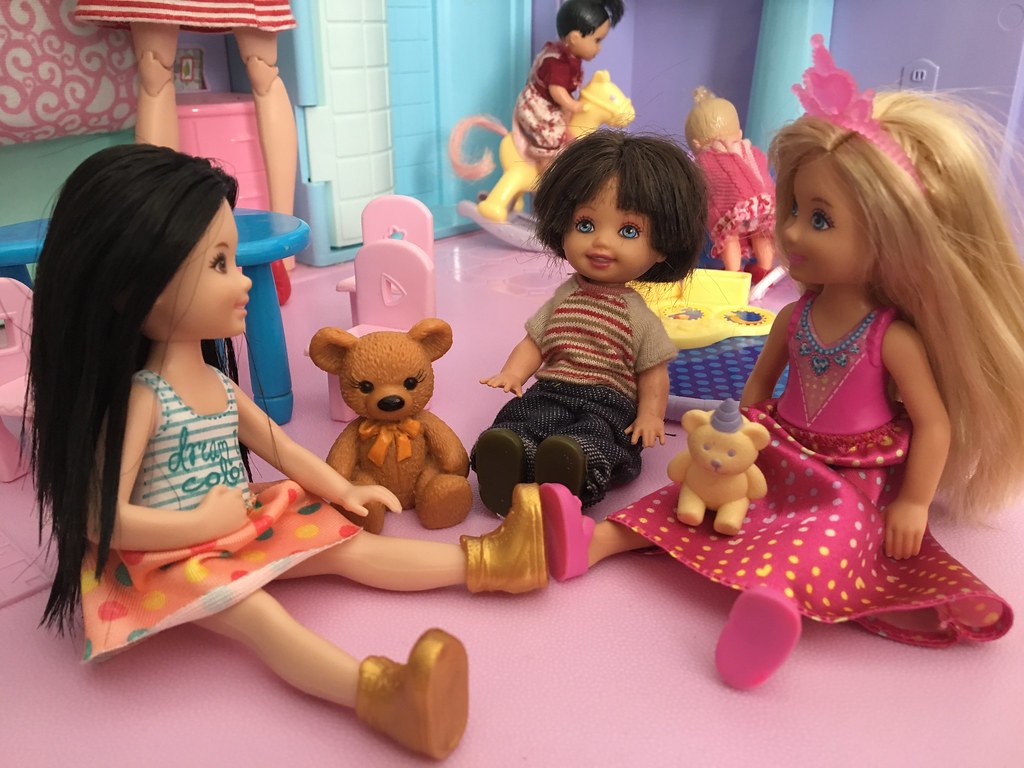 Even though he is two years younger, Chelsea and Delia are happy to include Ryan in their game. 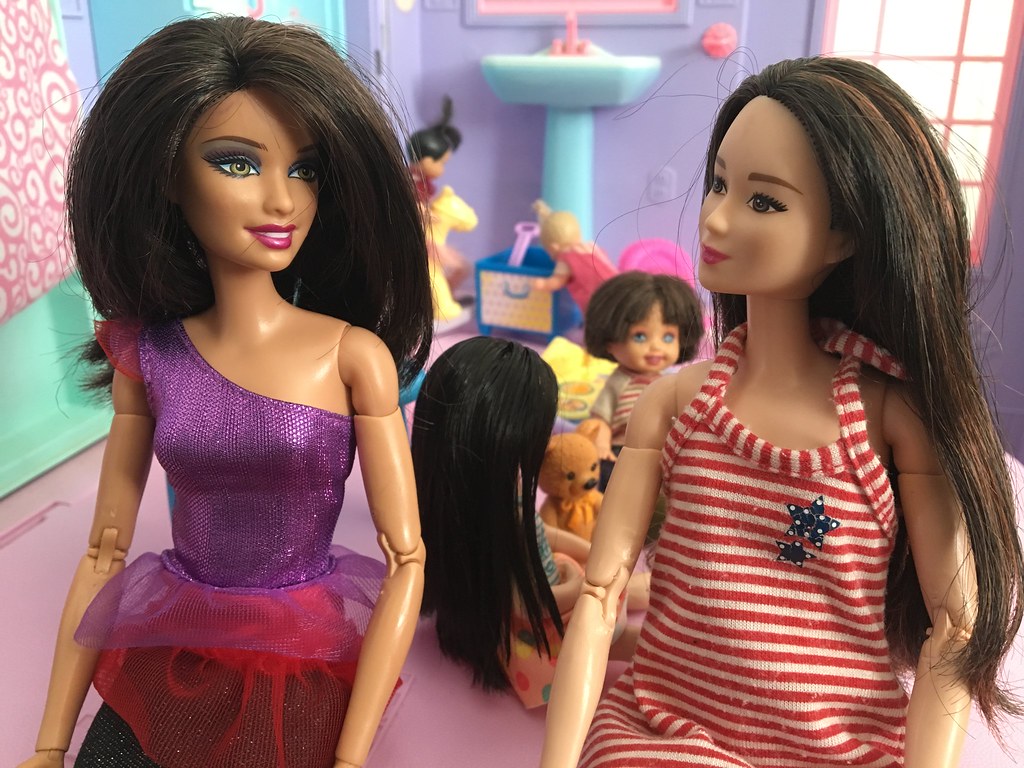 “This really was a fantastic idea.” Neko says.

“Yeah,” Imogen agrees. “I love working with children, and now I don’t have to struggle with school anymore.”

“So you’re not planning on going back?” Neko asks, raising her eyebrows.

“I’m not going back to Aquifolia High, that’s for sure,” Imogen concludes. “But maybe I’ll take a course in something, later on.” 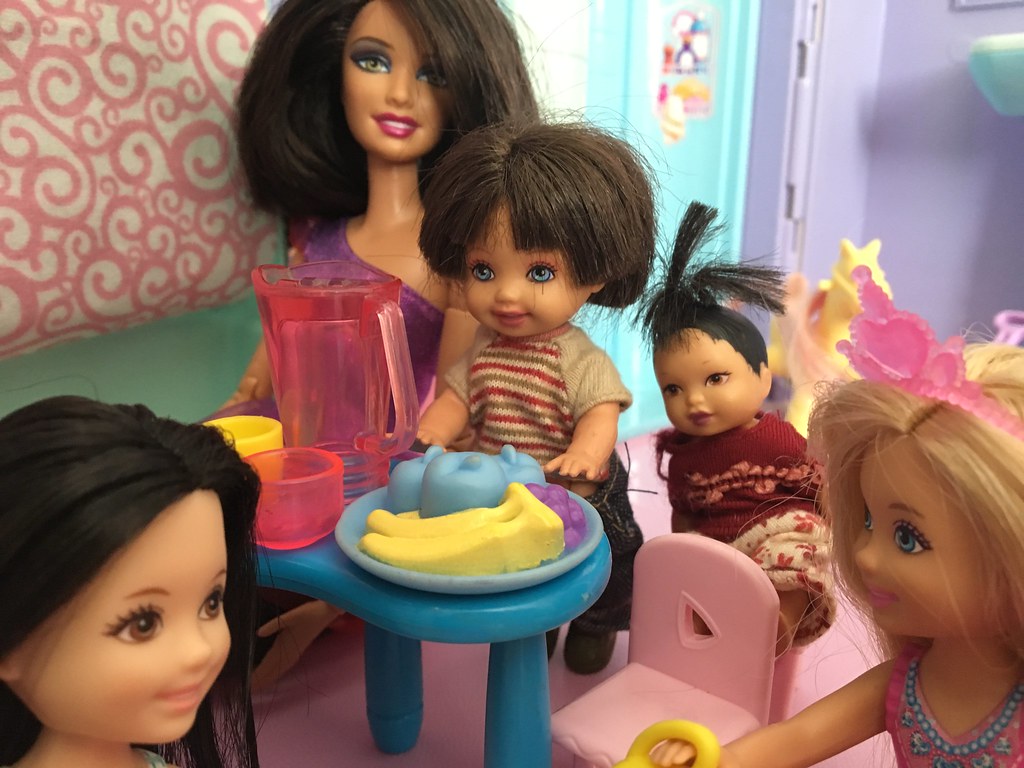 It’s snack-time, and Ryan is making a dive for the fruit. Mmm, blue apples!*

*It’s funny because I never even noticed the apples were blue, growing up. I just thought they were normal apples!